Get-rich-quick schemes abound in China. Here's a tale of just one.

China’s dizzying growth and Wild-West business culture have led to a profusion of fraudsters, speculators, and Ponzi schemers. That’s nowhere truer than in Shanghai, the country’s financial capital, a glitzy and vibrant city that’s also filled with traps for the ambitious and insufficiently wary. In April, for example, Chinese authorities raided the offices of a Shanghai-based hedge fund with over $4 billion in assets and arrested its owner on suspicion of bilking investors. Below is an excerpt from NPR correspondent Rob Schmitz’s recently released book, Street of Eternal Happiness: Big City Dreams Along a Shanghai Road, in which he profiles one woman a bit too eager to find the next big thing. –Ed.

We’re five miles north of the Street of Eternal Happiness in an office overlooking Shanghai’s train station. Auntie Fu sits beside me on a leather sofa. This is the second time she’s heard Mr. Huang’s sales pitch. The company’s tagline: Whatever you can’t find on Taobao — China’s largest online retail site — you can find on Gatewang.

The shopping experience begins with the Gatewang terminal, Mr. Huang tells us. It’s a machine that resembles a 1980s-era arcade game. “Pretty soon, you’ll find these machines in most public places,” he promises.

Once stationed in front of the terminal, shoppers log in, browse through wares on the secure Gatewang site, select items for purchase, and pay with special Gatewang money. It’s so easy, Mr. Huang assures us.

“But I can buy whatever I need over Taobao on my phone,” I say. “Why should I leave the comfort of my home in search of a shopping supercomputer?”

Huang bows his head and holds up his finger, its curved nail high in the air, dismissing a line of reasoning he’s heard before. He lifts his head and looks me in the eyes. “On Gatewang, you can buy anything,” he repeats slowly, pausing to add: “except for human beings and weapons.”

Huang hopes I’ll eventually do the same. The gleam from his freshly shined black loafers match the glare of his slick shoulder-length hair, dyed jet black. A mole the size of a five-jiao coin protrudes from his left cheek, and his smile reveals a missing front tooth. He holds his head with his chin tilted upward and his eyes half closed when he shakes my hand. I see a man ready to pounce.

But Auntie, well, she only saw opportunity.

There were three of us. Auntie Fu had brought a church friend named Xia, a middle-aged dark-skinned peasant from the countryside of Jiangsu province. The women addressed each other as zimei — sister. When we met outside, Xia looked me up and down suspiciously, turned to Auntie, and proclaimed: “He’s a foreigner.”

Auntie broke the ice. “He’s a dixiong, a brother. He’s Catholic. He’s a believer, just like us. He speaks Chinese, too!”

Xia looked up at me and smiled, giving me a thumbs-up.

Xia and I were there for the same reason: we were both too polite to turn down Auntie’s invitation to an information session about a vague but “lucrative” investment opportunity.

The walls of Huang’s office were four panes of dirty glass. Inside, particleboard desks and cabinets were covered by rice paper watercolors depicting various songbirds perched on trees. Huang had painted them in the morning and set them out to dry in the hazy sunlight streaming through floor-to-ceiling windows, which looked out onto a landscape of dozens of identical white and gray highrises stretching as far as Shanghai’s smog allowed us to see.

Auntie Fu sat close to me, folding and unfolding her fingers. “I’ve told them the company will be listed on the London exchange in January,” she announced, pointing to Xia and me, “and that they’ve only got two months to invest, so they’ve got to make their minds up fast.”

Mr. Huang nodded slowly, his fingers clasped. “I’ve told them there is no risk,” Auntie added. “Zero risk,” interrupted Mr. Huang calmly. “That’s right! Zero risk!” she repeated, as if waking from a dream. “And that’s because this is not just a private company, but a company with national support behind it, so the listing must happen. I told them our company would service all of China and the rest of the world. It will enter foreign markets and eventually allow the renminbi to flow freely around the world!”

Mr. Huang nodded majestically, pleased his loyal pupil had spread the good news so thoroughly. He leaned forward and began to speak. “China’s exports have slowed and the government needs to boost consumption,” he said matter-of-factly. “A week ago, Taobao announced sales of nineteen billion renminbi. That was a big boost to consumption. But the majority of the profit goes to Japan, not China. Eighty-seven percent of Taobao shares belong to the Japanese. That means we’re working for the Japanese.”

Taobao belonged to Alibaba, a company started by Jack Ma, China’s most successful entrepreneur. Japan’s SoftBank had been an early investor in the company, but Mr. Huang was wildly exaggerating the firm’s stake in Alibaba. SoftBank owned 37 percent of Alibaba, not 87 percent. He made it sound as if Chinese shoppers who make purchases on Taobao funneled their money directly into the coffers of the enemy.

“Due to these circumstances, China helped create Gatewang,” said Mr. Huang, pointing to the name of the company printed on the wall behind him.

“Mrs. Shao will tell you how it’s done.”

Mrs. Shao was younger than him — in her forties — and had curled her hair and dyed it auburn. She wore a black jacket, tight jeans, and a red scarf. Hearing her cue, she walked from the side of the room, her high-heeled shoes making a loud clopping sound upon the Pergo floor. She stopped beside a bookcase and positioned a computer screen toward us.

My presence seemed to make Auntie anxious. She had hand-delivered two potential investors, one of them a foreigner. I assumed there was something in it for her should we decide to invest. Mrs. Shao regained her composure and ordered Auntie to go and find a mouse pad. She fired up the monitor. It showed a picture of a refrigerator-sized computer terminal with “Gatewang” emblazoned on its side. It looked like what I used to play Pac-Man on at the arcade. Mrs. Shao explained that Taobao required an online transaction to buy products, but Gatewang’s customers could instead buy credits offline. They could spend these credits at standing terminals located at convenience stores, restaurants, and barbershops throughout China.

Mr. Huang cut in. “We already have fifty-two thousand types of products available on Gatewang: you can even buy a house, gold bars, and luxury cars such as BMW or Mercedes Benz. In developed countries, shopping this way is very popular, but Gatewang is the first of its kind here in China.”

I thought of saying: In developed countries, shopping this way is unheard of because buying a house or a car with credits at a terminal inside a barbershop is a terrible idea. But I held my tongue.

Mrs. Shao turned to me. “If you’re interested, the initial price is just two yuan per share, and you’ll get free credits with that,” she said. “The listing price on the London exchange will be at least five pounds per share. That’s equal to fifty yuan. If you buy ten thousand shares, it’ll be worth at least twenty-five times more when Gatewang lists!”

Auntie Fu had heard the pitch before, but this part still made her excited. “Now’s the time for us Chinese to make money off of foreigners!” she shouted, forgetting who was sitting a few inches to her left.

Mr. Huang showed me a photo on his phone. The Man in Guangzhou was stout, had a full head of hair, and stared at the camera with beady eyes. His right hand appeared to be in mid-shake with that of a distinguished-looking foreigner wearing a suit. Behind them on the wall was Gatewang’s company seal. “Look who visited our office,” said Mr. Huang, “the British consul general of Guangzhou!”

This raised even more questions. Sensing I would ask another one, Mr. Huang chose distraction. “Look at this,” he said, directing my attention to a book on the coffee table. It was bound in leather and bore a nonsensical title in Chinglish:

It was written by someone named Pang Bofu, identified as a researcher at the Chinese Academy of Social Sciences in Sichuan province. “Our company philosophy is based on this book,” he said, reaching across the table to caress the cover.

The book had been placed on the table so that it lay precisely in the middle, allowing nothing else to touch it. The entire volume — all 148 pages — was about the Gatewang machine, Mr. Huang explained.

Back at my office, a quick online search revealed that Pang Bofu makes a living giving talks at investment conferences and is a strong advocate of Amway, an American company accused of being a pyramid scheme. An Internet forum devoted to Gatewang was filled with posts alleging the company was a scam, and its founder, Mr. Li — the Man in Guangzhou — had operated several pyramid schemes throughout China and was already moving his assets overseas. But sitting on the sofa staring at the Gatewang bible, I didn’t know any of this. I only knew that investing in the company seemed like a very bad idea.

Mr. Huang could sense I was skeptical. But he was a salesman. “I sell Chinese medicine, too,” he said, his voice trailing off.

He reached around me—I shifted sideways in surprise—to produce a tiny brown bottle from a box that had been resting behind the sofa. “If you are drunk and you drink two bottles of this, you immediately become sober,” he claimed.

He opened the bottle and offered me a taste. “I’m not drunk,” I said. “Drinking this can also help you lose weight. A friend of mine said his son lost five kilograms after a few bottles.” “Then I’ll buy some!” said Auntie.

She took a sip and then offered the bottle to Xia and me. I took a swig. It tasted sweet, like prune juice. “You can give these bottles as gifts to your Chinese friends if you don’t like the taste,” suggested Mr. Huang. “They will be grateful. The market price for a bottle is sixty-eight yuan, but the price among friends is only ten.” 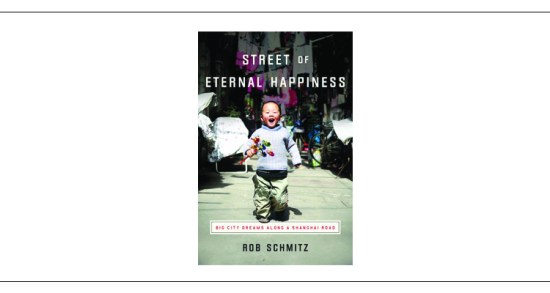 How the United States Learned to Love Human Rights