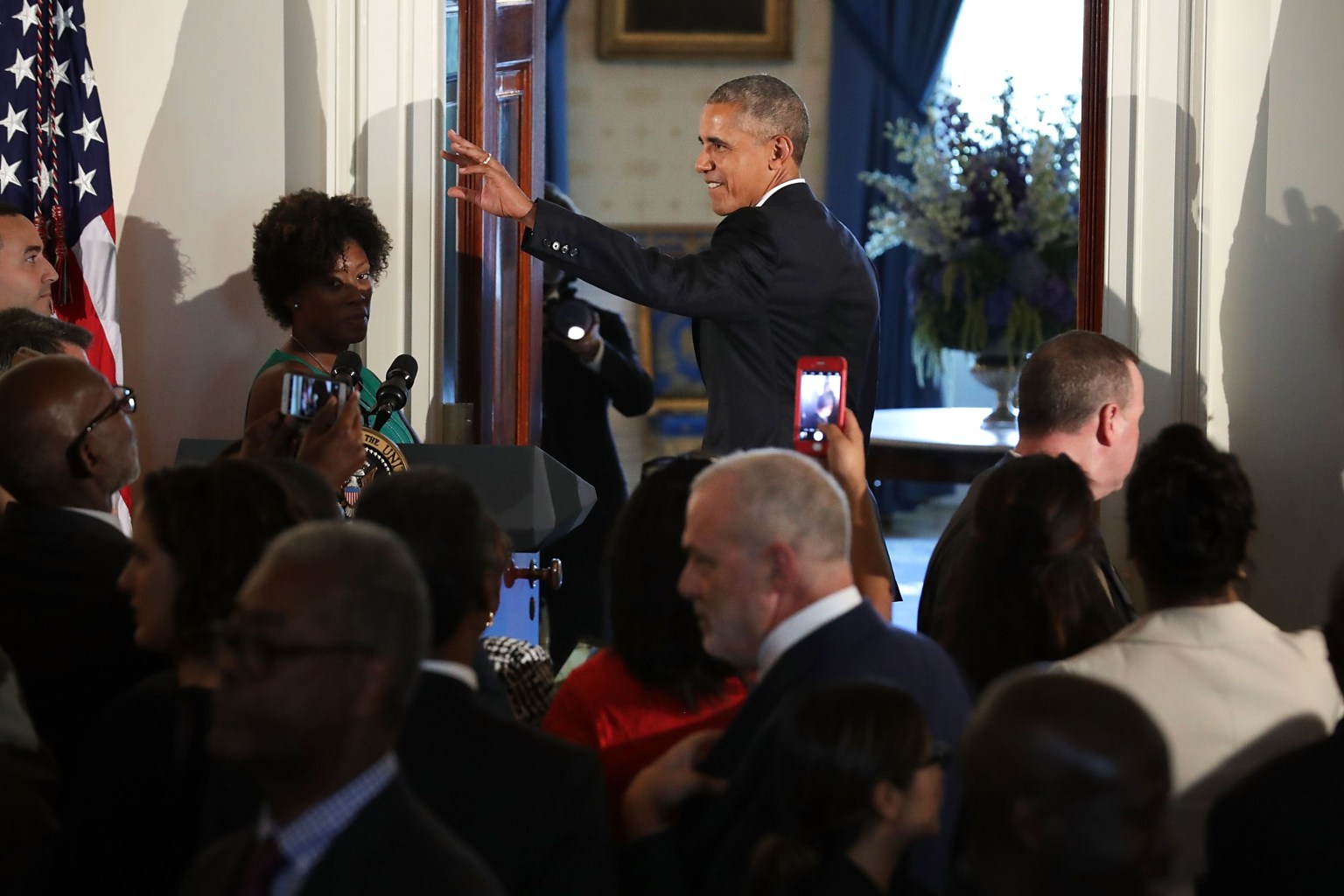 As his two-term presidency draws to a close, Barack Obama is looking back — at the legacies of his predecessors, as well as his own — and forward, to the freedom of life after the White House. In a wide-ranging conversation with one of the nation’s foremost presidential historians, he talks about his ambitions, frustrations, and the decisions that still haunt him.

His presidency is winding down. A contentious election — fought largely over his rec­ord and legacy — is about to be decided. With that in mind, Barack Obama recently invited the presidential historian Doris Kearns Goodwin to the White House for a long, personal, open-ended conversation. The meeting, arranged by Vanity Fair, took place in the president’s private dining room, just off the Oval Office. 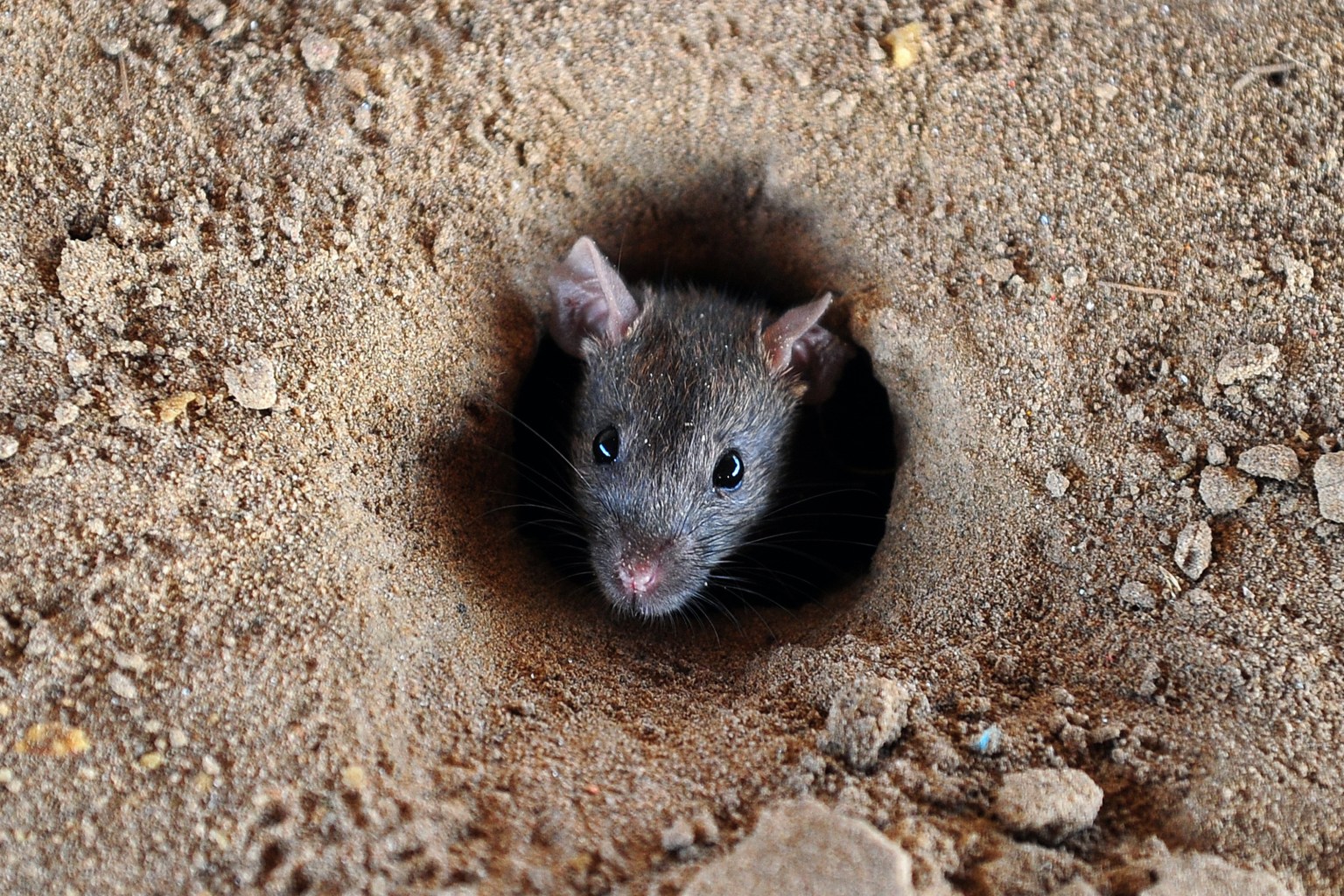 “Man V Rat: Could the Long War Soon Be Over?” by Jordan Kisner, the Guardian

Rats spread disease, decimate crops and very occasionally eat people alive. For centuries, we have struggled to find an effective way of controlling their numbers. Until now…

First, the myths. There are no “super rats.” Apart from a specific subtropical breed, they do not get much bigger than 20 inches long, including the tail. They are not blind, nor are they afraid of cats. They do not carry rabies. They do not, as was reported in 1969 regarding an island in Indonesia, fall from the sky. Their communities are not led by elusive, giant “king rats”. Rat skeletons cannot liquefy and reconstitute at will. (For some otherwise rational people, this is a genuine concern.) They are not indestructible, and there are not as many of them as we think. The one-rat-per-human in New York City estimate is pure fiction. Consider this the good news.

In most other respects, “the rat problem,” as it has come to be known, is a perfect nightmare. Wherever humans go, rats follow, forming shadow cities under our metropolises and hollows beneath our farmlands. They thrive in our squalor, making homes of our sewers, abandoned alleys, and neglected parks. They poison food, bite babies, undermine buildings, spread disease, decimate crop yields, and very occasionally eat people alive. A male and female left to their own devices for one year — the average lifespan of a city rat — can beget 15,000 descendants. 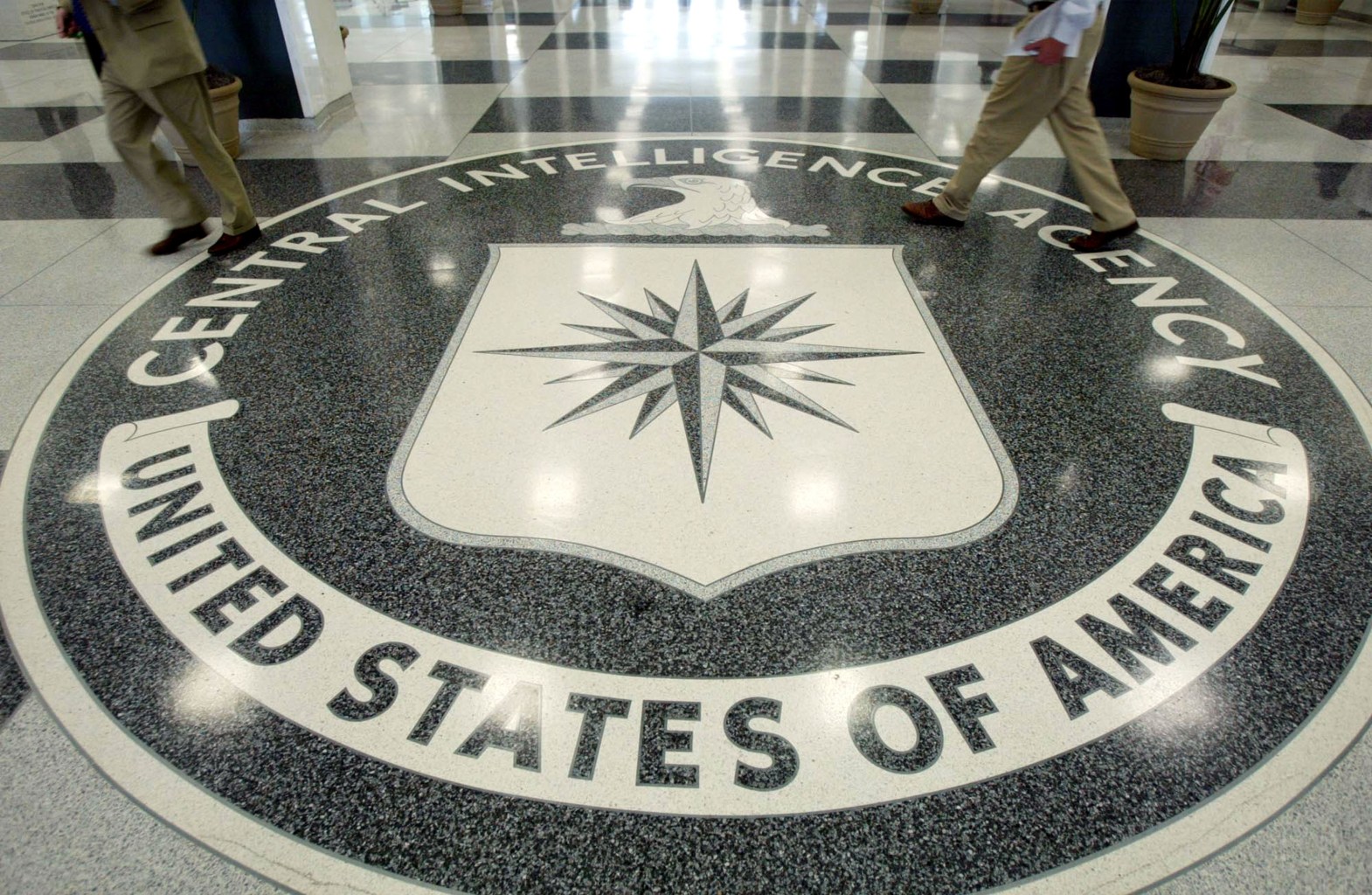 “Women of the CIA: The Hidden History of American Spycraft,” by Abigail Jones, Newsweek

There are more women in the CIA than ever before, operating on every floor of its headquarters and across its far-flung global outposts. Yet they remain underrepresented in executive-level jobs and the clandestine service.

“My first son was my 1993 World Trade Center bombing baby,” says Gina Bennett, a veteran CIA analyst who has spent her career tracking down the perpetrators behind some of the worst international crises in recent memory. Bennett, a divorced mother of five, can match the birthdate of each child by the bad guys she was pursuing at the time. She calls her second son her “Khobar Towers baby” (born shortly after the 1996 bombing of a military housing complex in Saudi Arabia); her third child, a daughter, her “African embassy bombing baby” (she arrived a few weeks before the 1998 bombings of the U.S. embassies in Kenya and Tanzania); and her fourth, another son, her “9/11 baby.”

Bennett was in the early stages of her pregnancy during that attack, and despite all of her morning sickness, “most people didn’t know I was pregnant,” she says. Her fifth child, a girl, was her “Fallujah baby.” 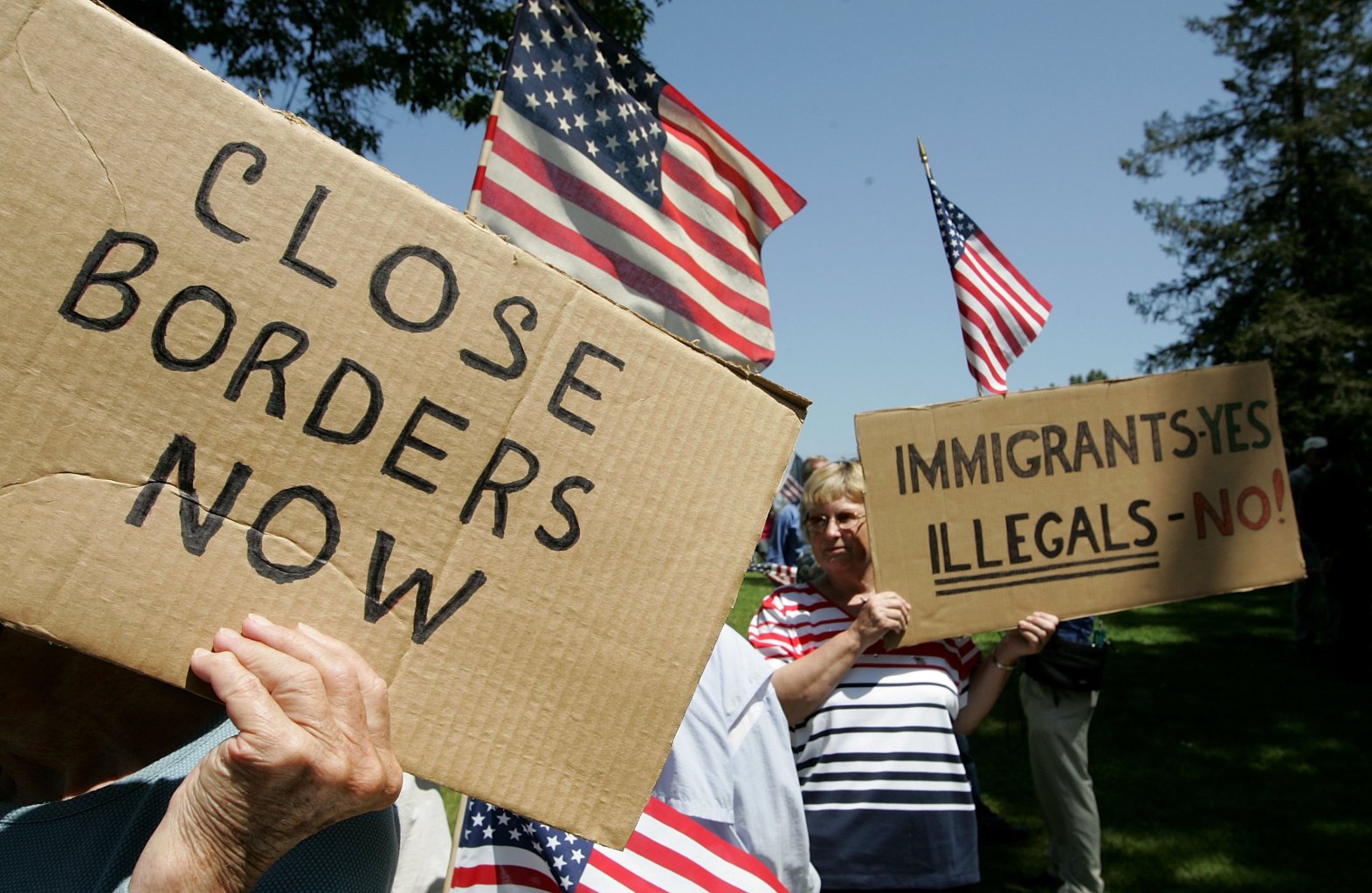 “How Washington Blew Its Best Chance to Fix Immigration,” by Alec MacGillis, ProPublica

Three years ago, the Republican-led House was close to reaching a compromise on immigration. This is the inside story of what went wrong.

In June, not long after Donald Trump attacked an Indiana-born judge because he was “Mexican,” I went to go see Representative Raúl Labrador in the Longworth Office Building on Capitol Hill. Labrador, an Idaho Republican, cuts an unusual profile in Washington. Born in Puerto Rico, he was raised Mormon by a single mother in Las Vegas and now, as he told me, represents “one of the most conservative districts in the United States, one of the whitest districts in the United States.” Labrador came to Congress as part of the Tea Party wave of 2010 and later helped found the Freedom Caucus, the House’s conservative vanguard. He was also a pivotal member of a bipartisan group of eight House members who, in early 2013, came together in hopes of producing comprehensive legislation to fix the nation’s immigration system. 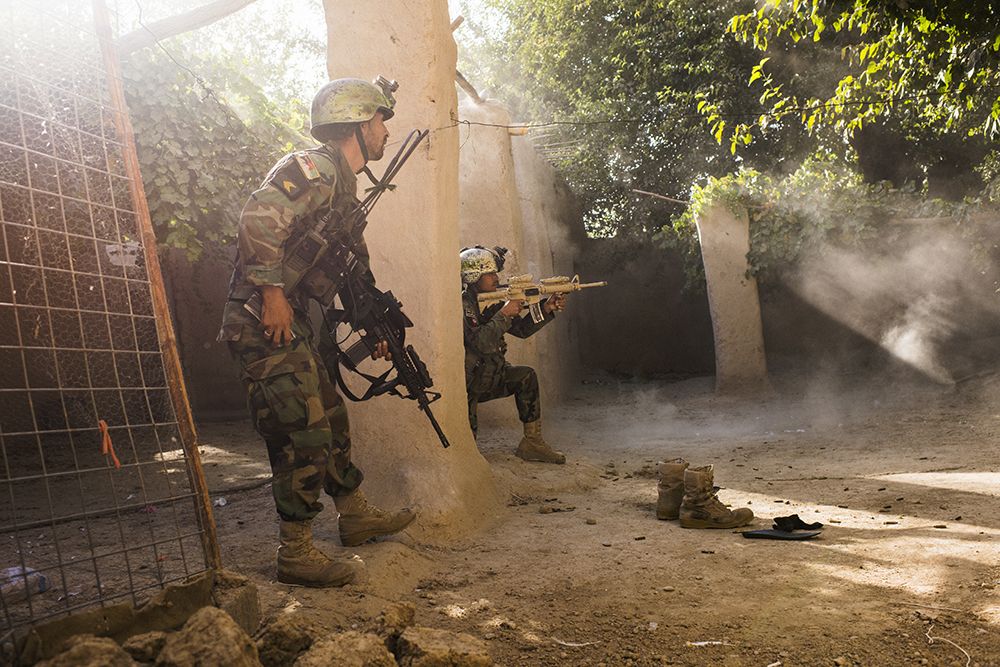 LASHKAR GAH, Afghanistan — Abdul Hakim seems to have just vanished. The 15-year-old boy left his madrasa across the Pakistani border to visit relatives in Afghanistan. But since crossing into Helmand province on his way to meet his parents in Bolan, a suburb of bustling shops outside the provincial capital, nobody has heard from him.

The list of evils that could have befallen Abdul Hakim on his way home is long. In late July, the Taliban launched a series of attacks in Helmand and have since gobbled up territory across Afghanistan’s beleaguered southern province. Districts that for years were safe have now been seized by militants or are being ravaged in front-line fighting. Roaring airplanes, Afghan and American, drop bombs almost every night, causing casualties that are rarely publicized.

“There is no security. Our children are being killed,” says Habibullah, an elder from Abdul Hakim’s family.

The United States Needs to Declare War on Proxies

Uneasy Calm in Delhi After Days of Riots

The End of Volodymyr Zelensky’s Honeymoon