A Working Theory: The Trumps Are the Borgias of the 21st Century

Listen. It is not for us to say that the Trump family is just like the Borgias, the controversial Spanish-Italian papal clan from several centuries ago.

That is for you to decide, after we lay out the evidence. Consider:

You may have come across the Borgias in your history books, in novels such as Blood & Beauty, or in the Showtime series that was called, imaginatively, The Borgias. The family line had its origins in Valencia, Spain, but soon became both an ecclesiastical and political force in Italy (substitute “ecclesiastical” for “business” when applying this to the Trumps). Alfonso de Borgia put the family on the Italian map and became Pope Calixtus III. In today’s drama, he would be played by President-elect Donald Trump’s father, Fred Trump. But the main Borgia is Rodrigo, who became Pope Alexander VI.

In this scenario, Donald Trump, real estate mogul-turned-reality television star-turned U.S. president-elect, is Pope Alexander VI. Back when he was merely Rodrigo and vice chancellor of the Catholic church, Alexander VI lived “as a Renaissance prince.” He was not supposed to do that, but he still became the pope. The short version of Alexander VI’s time as pontiff is that his papacy may have laid the groundwork for the Protestant Reformation.

Here is The Borgias’s Alexander VI

And here is Donald Trump 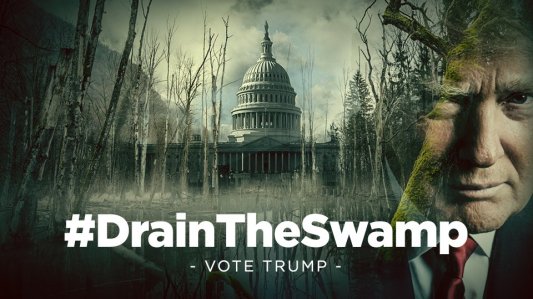 He had many children (classic papal move), but four whose names are known to history. There was Cesare, who sought political power for himself and is the literal inspiration for Niccolo Machiavelli’s The Prince (Donald Trump Jr., clearly).

There was Juan, the favorite son (we’ve already assigned a role to Don Jr. so we guess we’ll make him Eric). There was Jofré (not an important part of this working theory, so we’ll give him Barron). And there was one daughter, Lucrezia, who was was often accused, perhaps unfairly, of involvement in her father’s dastardly deeds. There was no second daughter, however, and so we must leave Tiffany out of this working model.

Ivanka, eldest daughter of Donald Trump, is the Lucrezia of the Trump clan. 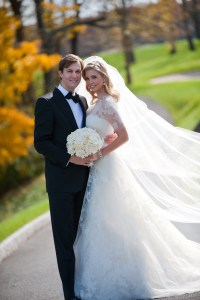 There are differences in their life stories, obviously. Lucrezia was married thrice, each time because the match suited her family. But her father was indeed accused of having inappropriate feelings for her. Her first husband said Alexander VI wanted her all for himself, which is, of course, much worse than that time Trump and Ivanka posed on parrots together.

And she was an integral part of her family’s positioning, and her marital partners are a key part of the Borgia story.

Which brings us to —

Just as Giovanni and Alfonso and Alfonso were critical to Alexander VI’s political power, so, too, is Jared Kushner integral to Trump’s. And he’s proven himself infinitely more useful — whereas they simply provided alliances by marrying Lucrezia, Jared Kushner apparently played a key role in Trump’s campaign; wrote an essay in the newspaper that he owns using his family’s Holocaust survival story to clear Trump of charges of anti-Semitism; and allegedly caused infighting in the transition team. Alfonso (the second one) would surely be proud. 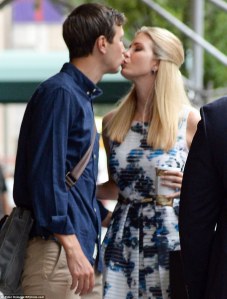 To reiterate: We are not saying that the Trump family is basically the 21st century’s Borgias.

Because we are leaving it up to you to say that.

When Social Justice Activism Becomes an Act of Self-Destruction

Tensions Escalate Between Turkey and Syria