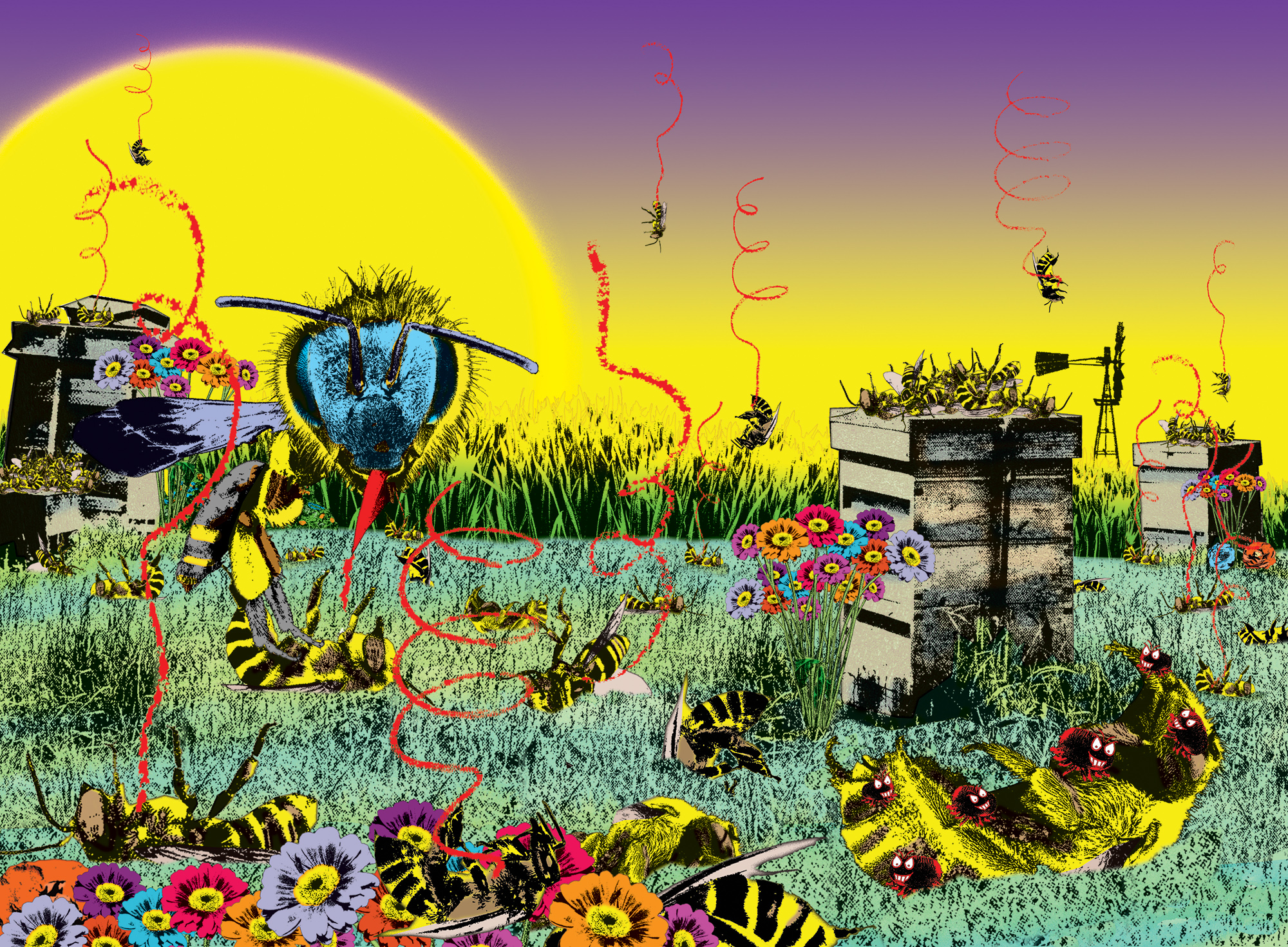 “This fall, for the first time, the United States placed seven types of bees under the protection of the Endangered Species Act. It was the latest development in a decade-long saga of bee colonies dying off and governments scrambling to save them. Pesticides, invasive species, loss of habitat, and climate change threaten hives—and, consequently, parts of our food supply: Every year, billions of dollars in U.S. crops depend on bee pollination. Here, I depict a scene of slaughter. The fluorescent colors denote urgency; the bees’ outsize figures point to the vital role they, and their deaths, play in nature. My hope is to deliver a warning that although these creatures are tiny, what’s happening to them is a drama of massive proportions.”

Pierre-Paul Pariseau is an artist and illustrator from Montreal. He works for a wide range of international clients and exhibits his work regularly. A version of this article originally appeared in the November/December 2016 issue of  FP magazine.