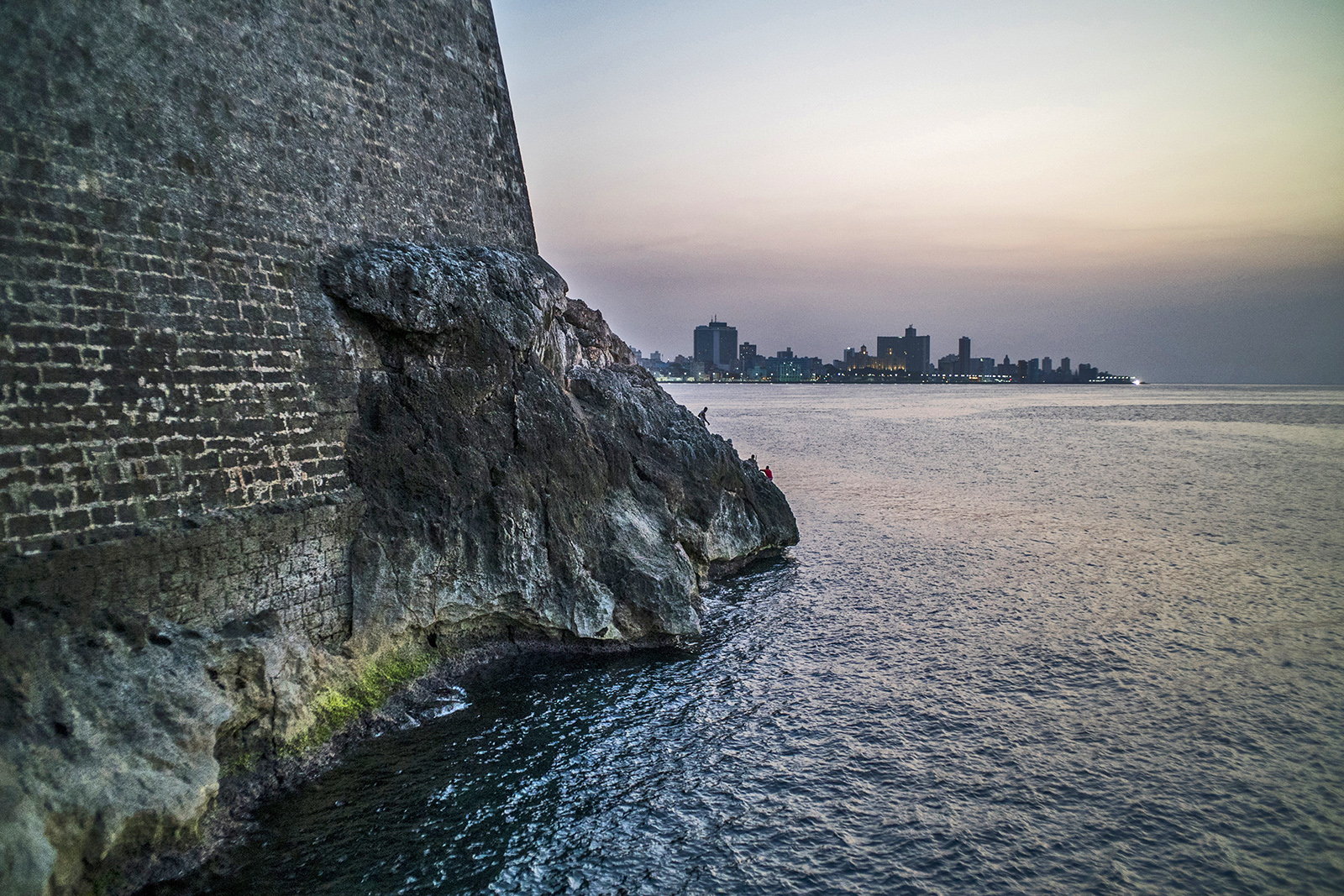 Rene can’t find decent work in Havana. In recent years, Cuba’s youth unemployment rate has hovered around twice the national average. Today, according to government estimates, the official average monthly salary is about 700 pesos ($25). Even after the thaw in U.S.-Cuban relations, economic forecasts are grim. “You go [out] every day, and you think it will be different,” says 31-year-old Rene, “but it’s always the same shit.”

So he waits until sunset, when he and his friends — not pictured above as they explore an outcrop of an abandoned Spanish fort — gather with other members of Havana’s tightly knit electronic music scene. At dance parties, Rene is a DJ. On a good night, spinning can earn him up to $50.

American photographer Michael Christopher Brown documented Havana’s electronic underground in the spring of 2015. Because his subjects face “part-time or low-paying [jobs]…many are not motivated to work,” he says. Instead, they live for the night. 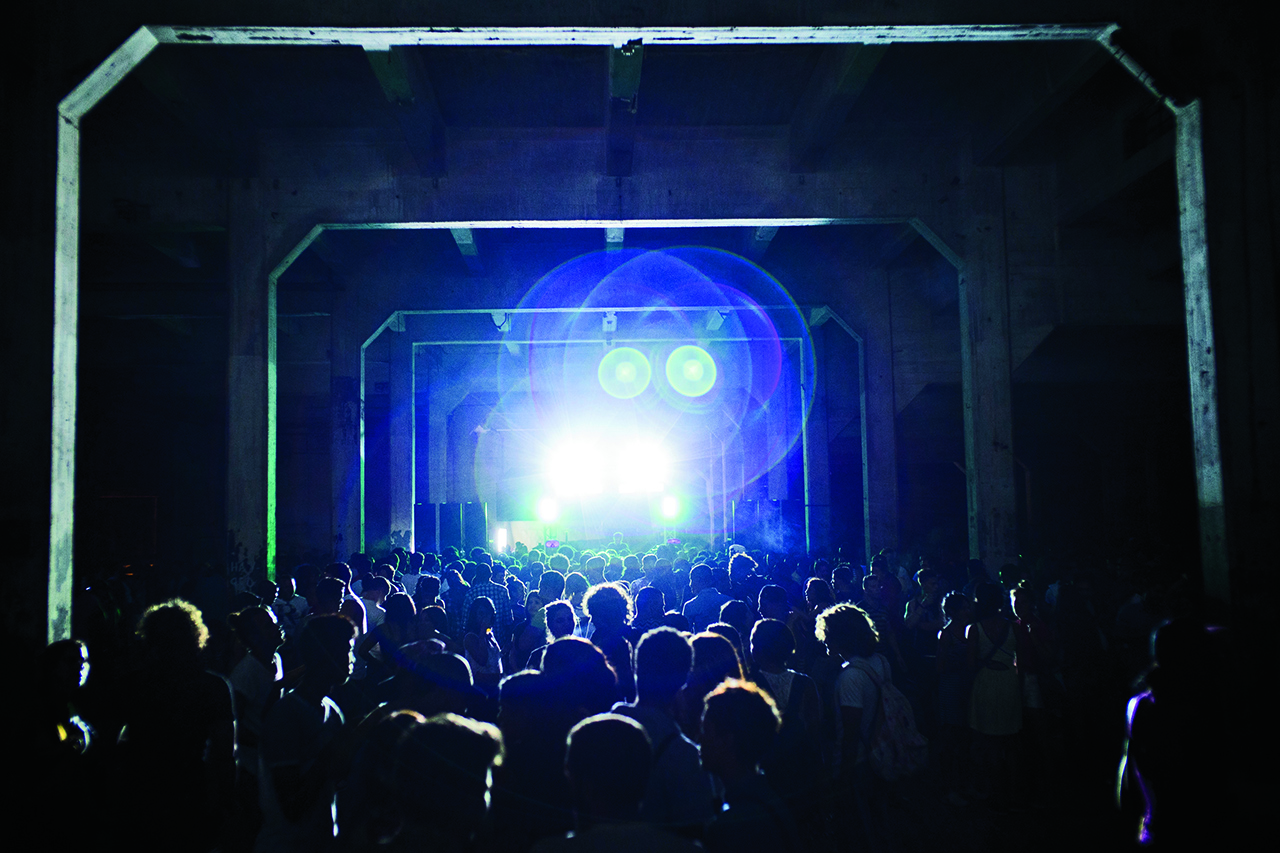 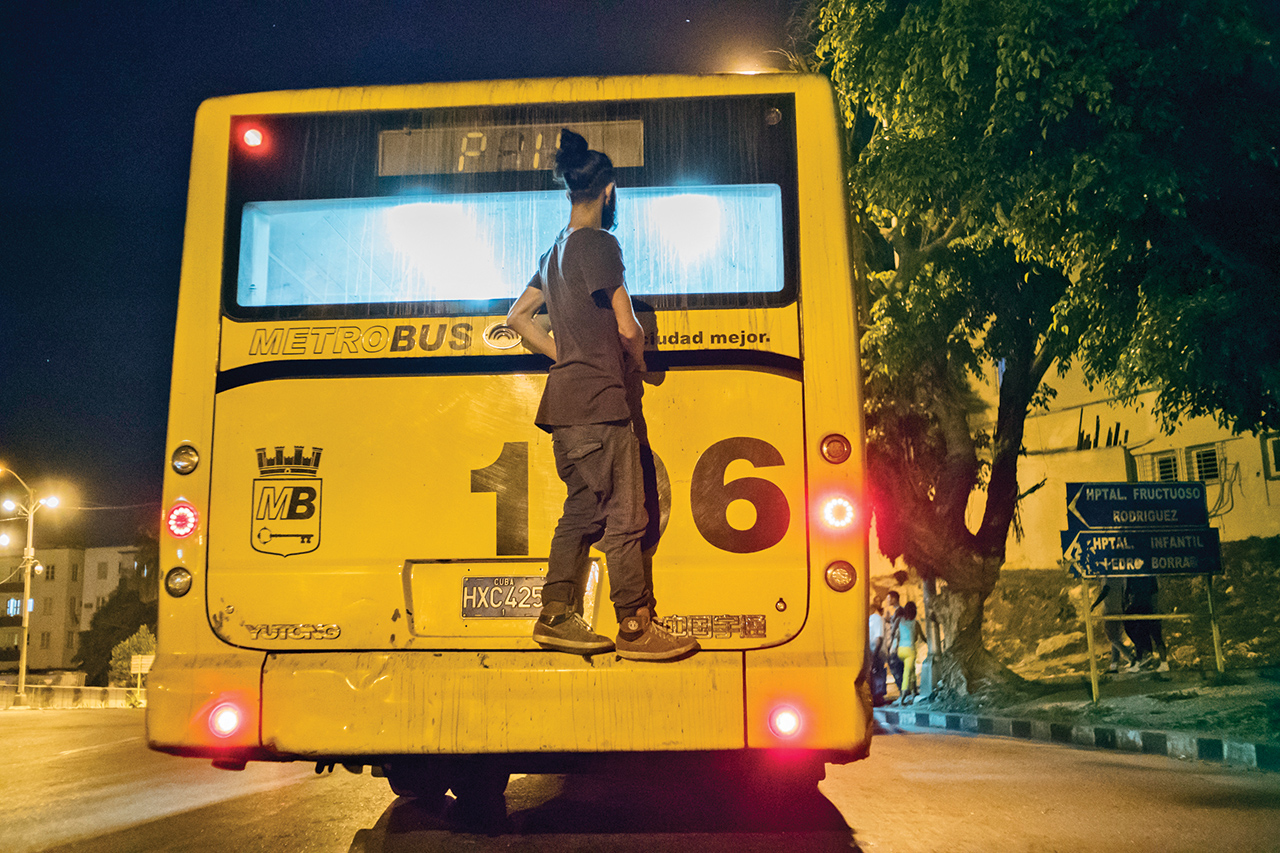 Electronic parties can last until dawn. They are held in warehouses, in bars, and sometimes even in houses across Havana.

An electronica fan snags an unauthorized ride on the back of a city bus. 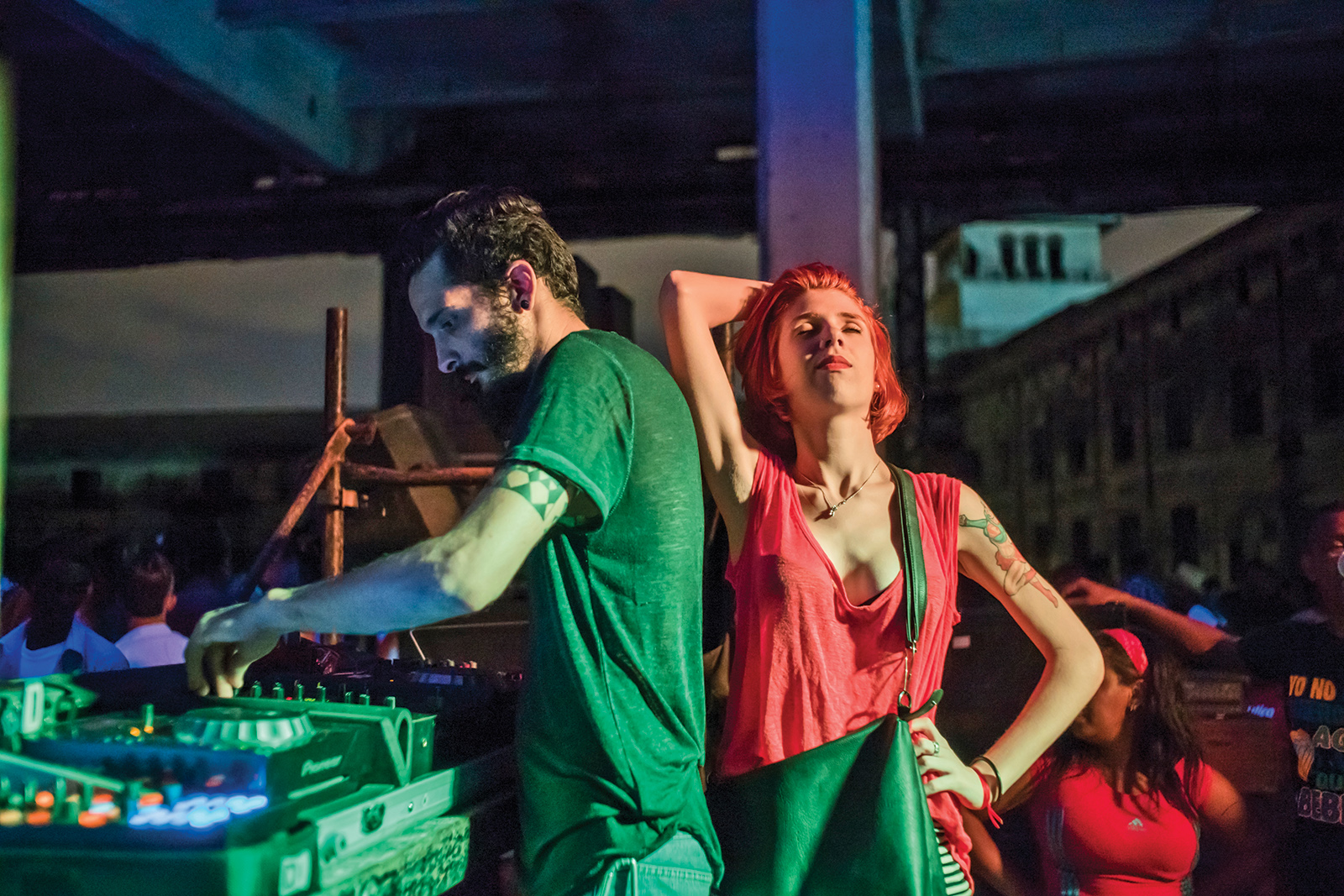 Rene performs at a warehouse party while his friend Helen, 21, stands transfixed by the music. A Havana native, Rene has been a DJ for eight years. Helen likes to hang out with DJs because they make her feel “famous.” 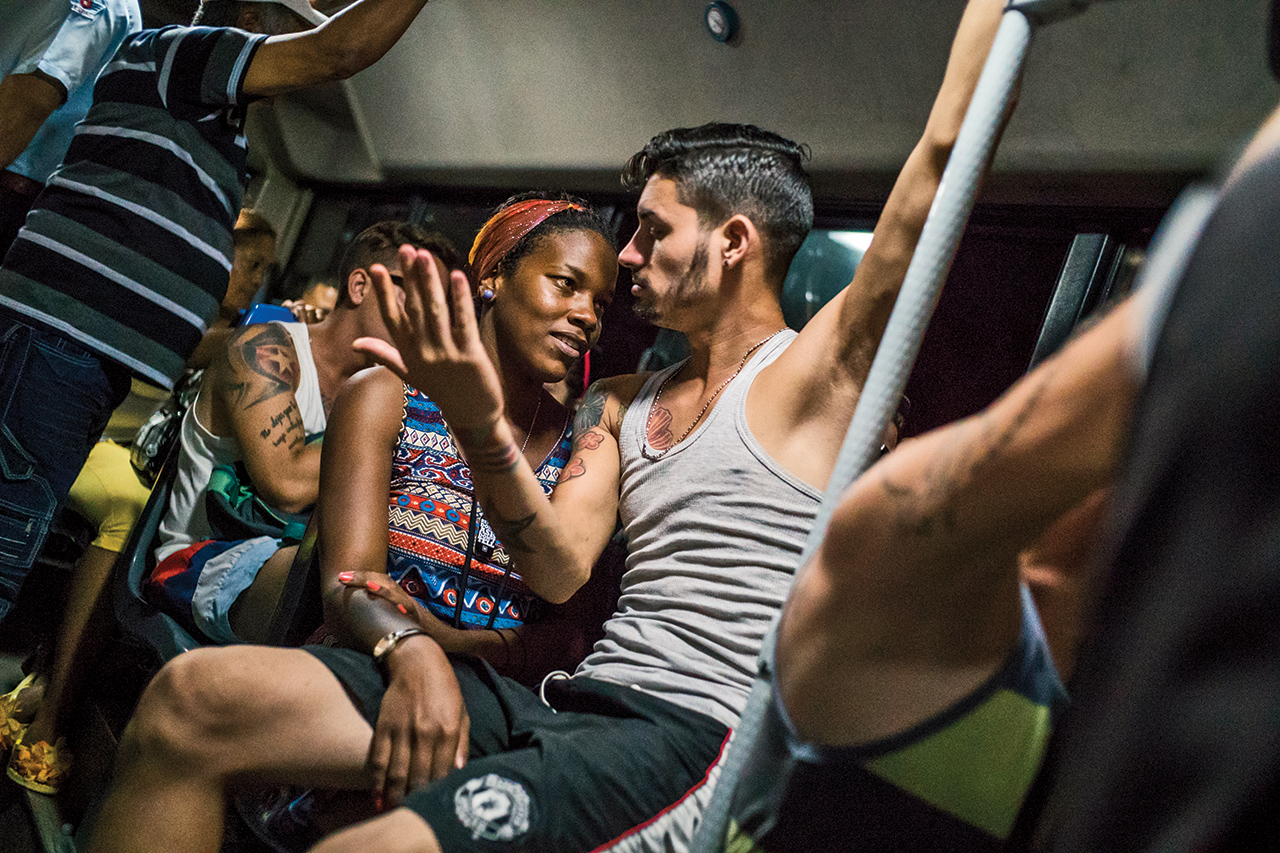 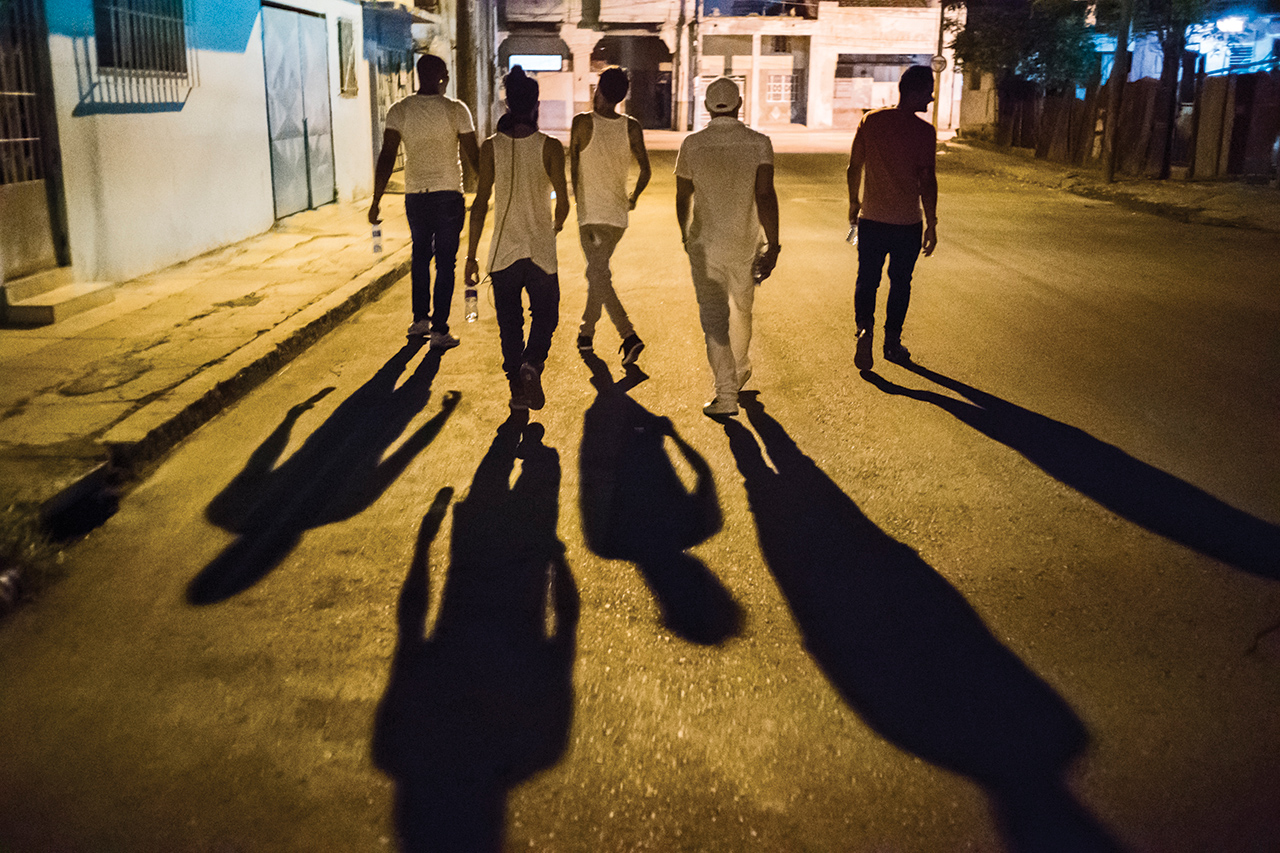 Before sunrise, a young couple rides home from a house party.

Friends walk with Rene toward his home at dawn. For all the DJ’s frustrations with Cuba, his nocturnal experiences — spirited, artistic, communal — keep him going. “I never wash or clean my shoes because the dirt is the story,” Rene says, “the memories of everywhere I’ve been and everything I’ve been through.” 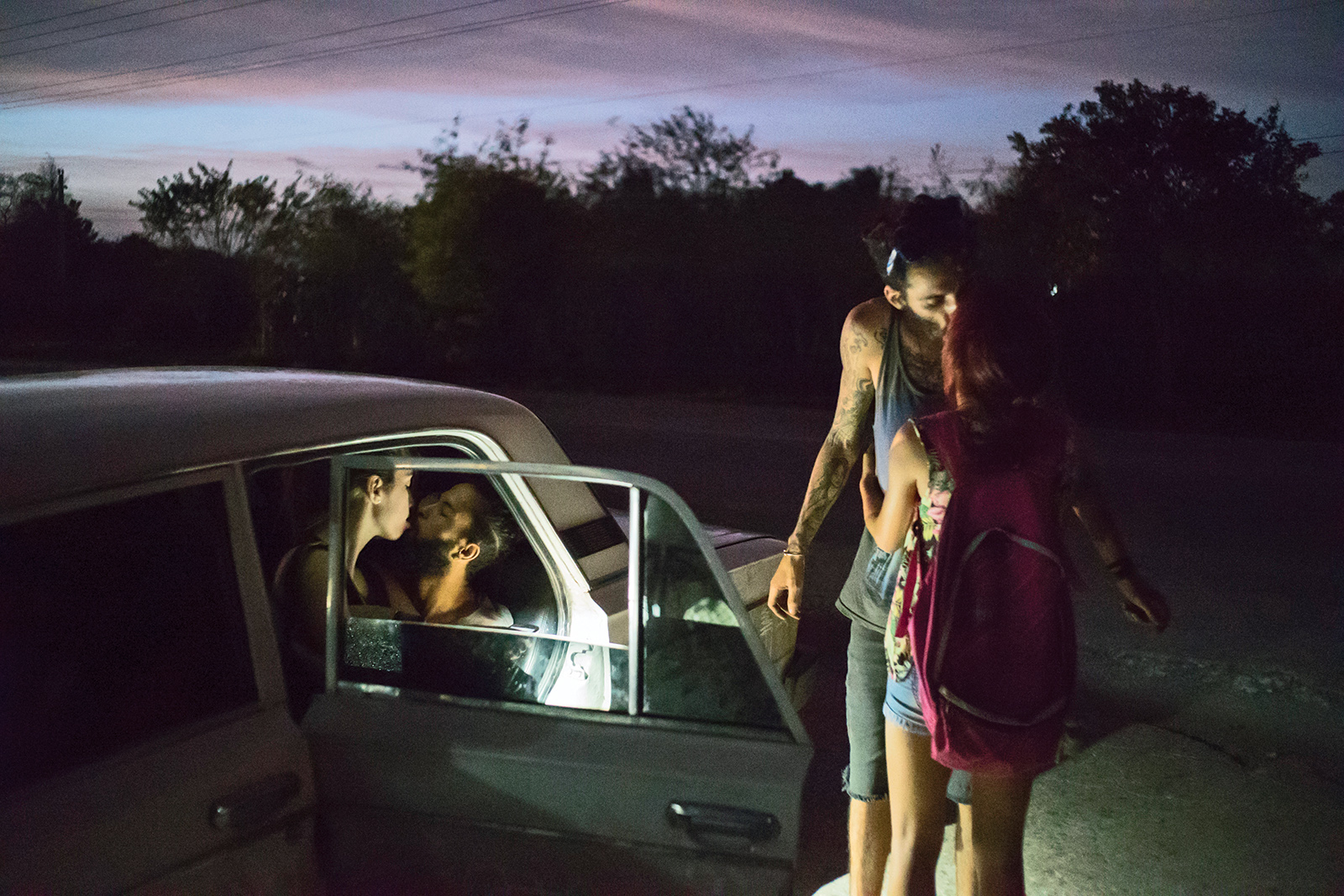 Rene sometimes travels for work. Here, he and a fellow DJ nicknamed “Chino” say goodbye to two young women after performing at a festival in Holguín, a city 450 miles southeast of Havana. When Rene and Chino, who is 24, perform together, they call themselves “The Sickness.” 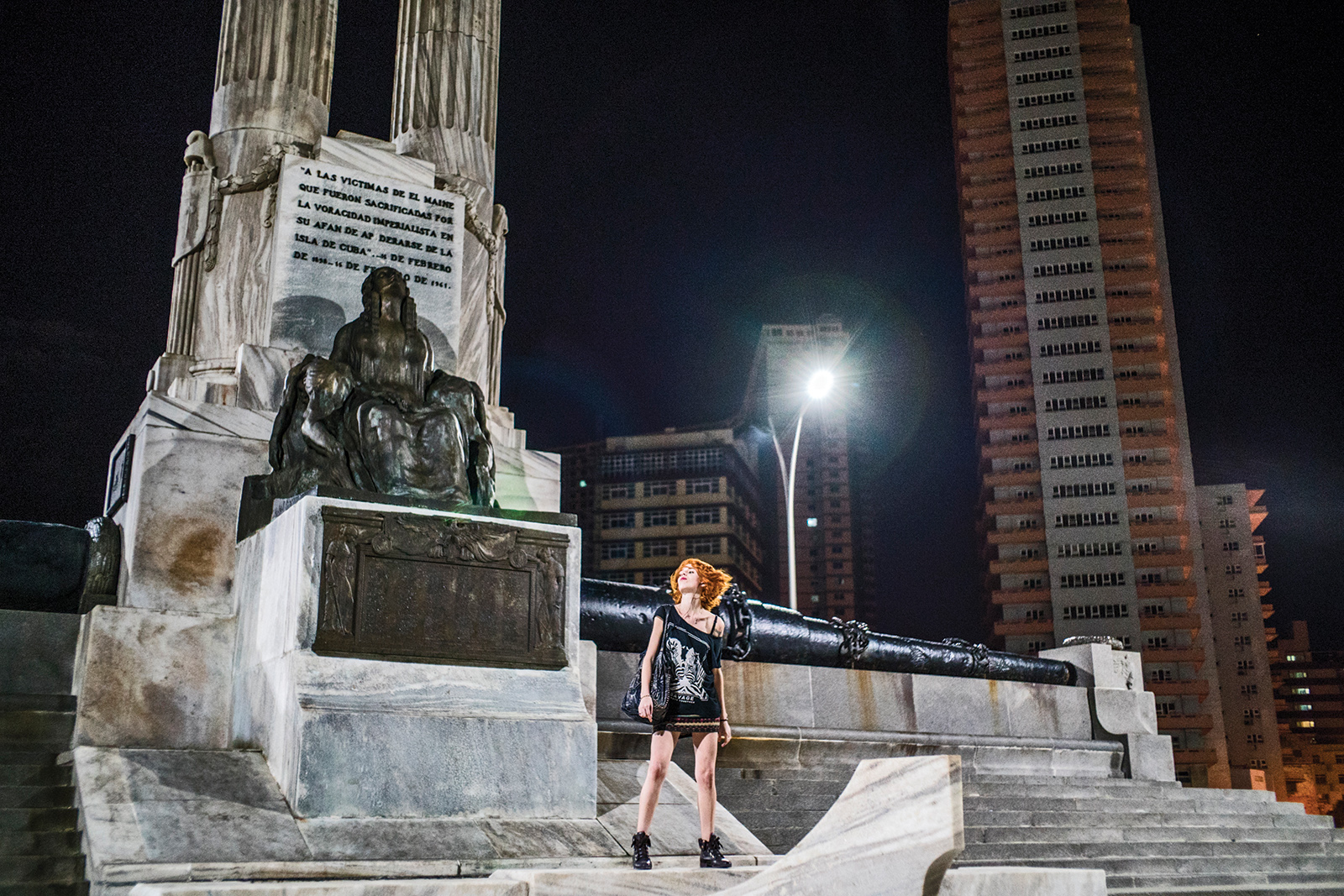 Helen stands in front of a memorial for the 1898 sinking of the USS Maine, which instigated American intervention in Cuba’s revolt against Spain. Nearly 120 years later, many youth hope to find an economic escape route in renewed cooperation between Cuba and its northern neighbor. “I need to go to the United States or somewhere and make money,” Rene says. “If I come back, it won’t be by choice.”

A version of this photo essay originally appeared in the November/December 2016 issue of  FP magazine.

Correction, December 28, 2016: The individuals pictured in the top photo are fishermen. The original text misidentified them as Rene and his friends.