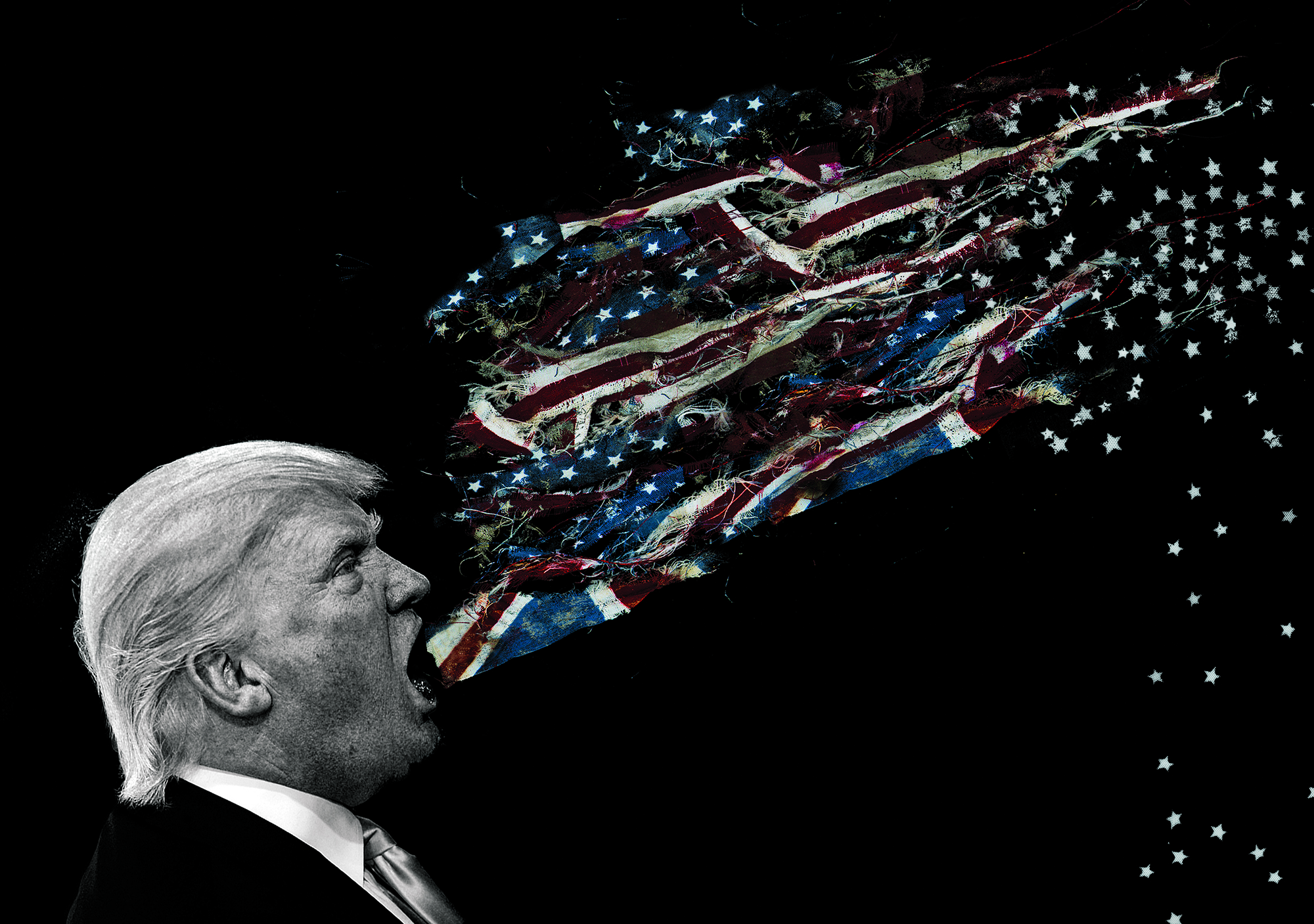 “American ideals are in tatters, with the rich living in policed penthouses and the poor against a backdrop of drought, disease, and poisoned water. Donald Trump was elected on a post-fact wave of anger to sort it all out, but he only aims to divide and profit from the scrapheap that Earth is fast becoming. His simplistic, violent rhetoric originates in his self-perception as a king.

He believes that corporate might is an absolute right—no matter the destructive impact corporations have on the planet and its people. Will such an outrageous, belligerent soul ever compromise or embrace cooperation? Because he likely won’t, resistance is required. As Walt Whitman, the great American poet of democracy, wrote: “Unscrew the locks from the doors!/ Unscrew the doors themselves from their jambs!/Whoever degrades another degrades me.”

kennardphillipps is a collaboration between Peter Kennard and Cat Phillipps, who have been working since 2002 to produce art that confronts power and war across the globe. A version of this article originally appeared in the January/February 2017 issue of  FP magazine. Subscribe to FP Premium to receive the print edition.