Infographic: Here’s How the Global GDP Is Divvied Up

Spoiler alert: The United States gets the biggest slice of the pie.

The World Bank this month released new numbers on the state of the world economy, and the numbers tell an interesting story.

Since China overtook Japan as number two in the world in 2011, Japan’s slice of the global GDP has fallen to 5.91 percent the world’s GDP.

For the non-number junkies out there, the data and market research gurus over at cost information website HowMuch.net put together a helpful diagram using the new numbers to show just who has what slice of the pie in the global economy: 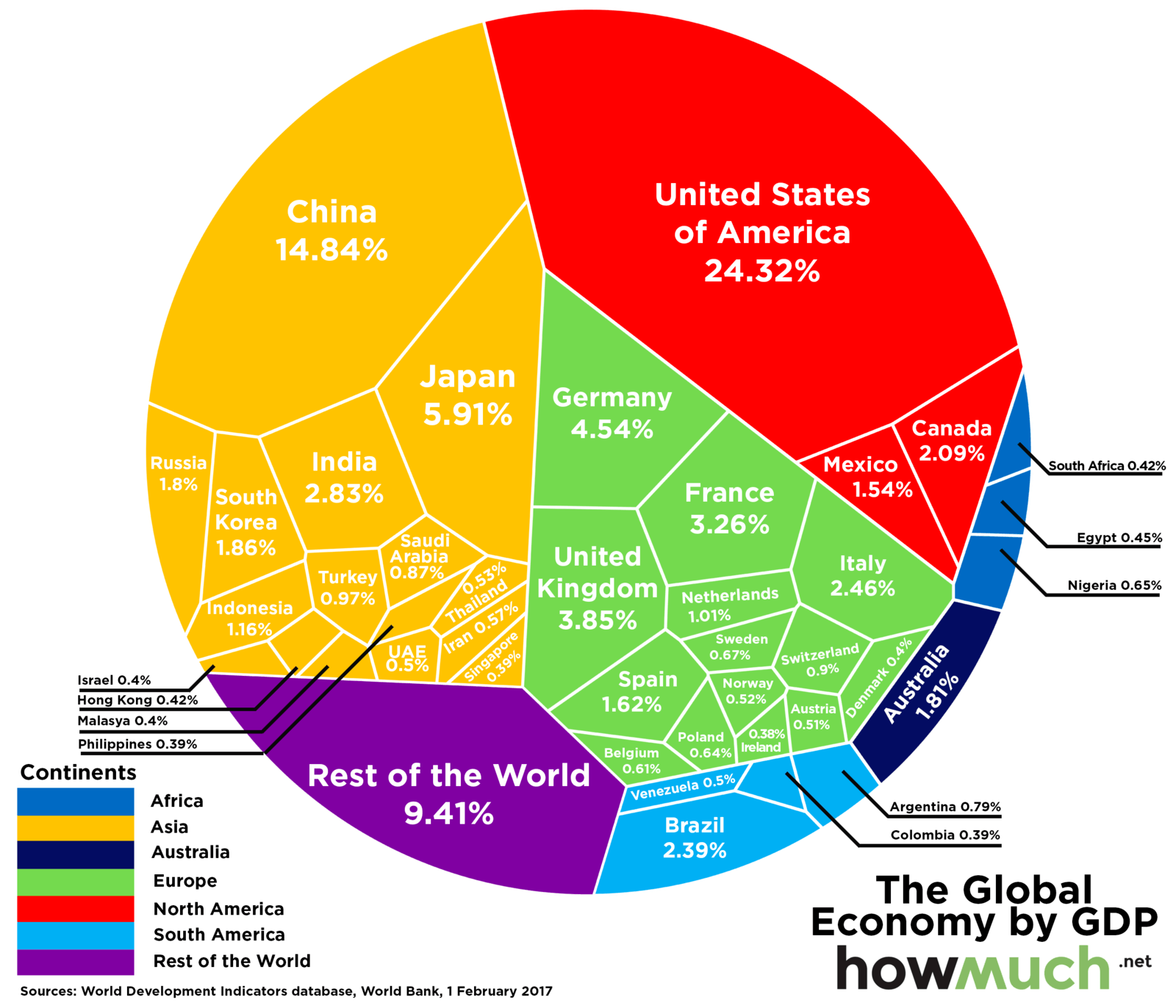 The infographic shows 40 of the world’s largest economies, according to World Bank data from the year 2015, the latest available. The Asian economic bloc of countries accounts for over a third of global GDP, 33.84 percent, representing the largest chunk of the world’s economy. North America comes in at second with 27.95 percent of global GDP, and Europe third at 21.37 percent.

Emerging economies, despite the hype, still account for just a small sliver of the pie. India accounts for 2.83 percent of the world economy, Brazil 2.39 percent, and Nigeria 0.65 percent. As the experts who created the graph point out, the “rest of the world” section (155 countries in all) adds up to roughly the same size as the gap between the United States and China’s share of the world GDP.

Armed checkpoints along key trade routes—not natural resources—are the key to financing rebel groups and insurgencies around the world.

If he succeeds, the president will cast 40 years of economic doctrine on history’s ash heap. But that’s a big if.