The hardware North Korea is using to up the nuclear ante.

Japan, South Korea, and China all condemned the launch. While the U.S. Strategic Command told Foreign Policy the missiles didn’t post a threat to North America, future tests could. Coupled with its nuclear program, North Korea’s stubborn pursuit of the bomb has U.S. policymakers worried.

“North Korea is developing an offensive doctrine for the large-scale use of nuclear weapons in the early stages of a conflict,” warned arms control expert Jeffrey Lewis Thursday in a piece for Foreign Policy.

Experts at the Center for Nonproliferation Studies for the Nuclear Threat Initiative put together an infographic that shows just how big this threat is. Here’s the arsenal North Korea has in development — and how its range covers the United States and allies in Japan and South Korea. 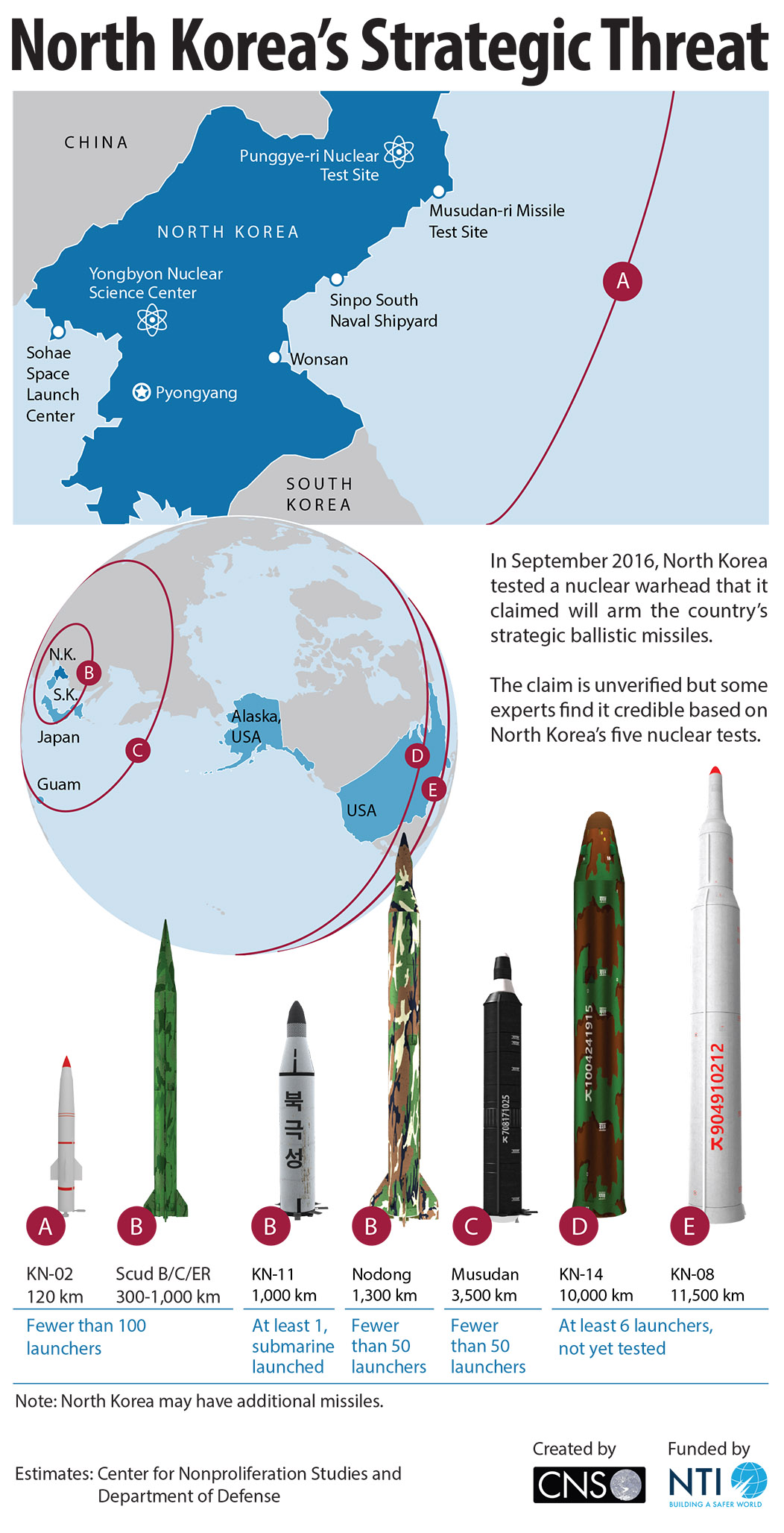 At least two of the missile variants North Korea is developing, the Musudan and KN-14, potentially have the range to reach the mainland United States. North Korea has at least six launchers for these missiles, but has not yet tested them.

The missiles launched Monday flew up to a height of 160 miles and traveled 600 miles, or 1,000 kilometers, indicating they were of a smaller missile variant. They landed in the sea, some 300 miles off the coast of Japan.

A day after the launch, the United States deployed elements of a Terminal High Altitude Area Defense (THAAD) missile defense system to South Korea to counter the threat from the Hermit Kingdom. The move sparked a sharp rebuke from Beijing, which claimed THAAD could undermine China’s own nuclear deterrent.