As if traveling to the United States wasn’t hard enough already, now travelers flying from from the Middle East and North Africa can’t carry their electronic devices onboard with them — just what the people knee-crunched in economy on a 14-hour flight need right now.

Travelers are already bemoaning the new security-related restrictions, which came without warning on Monday. But Royal Jordanian Airlines, one of the nine airlines operating out of 10 airports impacted by the U.S. ban, is taking a more cheerful spin.

They want flyers to know there’s still a silver lining in the clouds, via some snarky posts on their Facebook page: 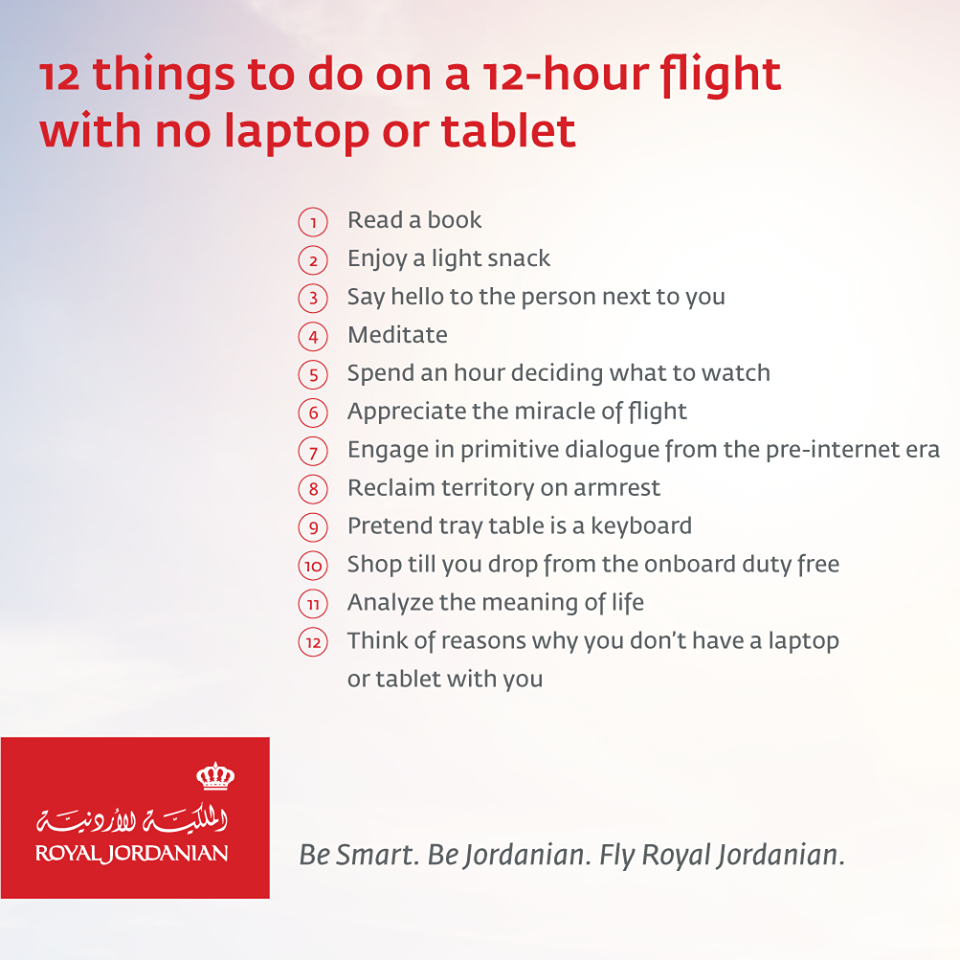 (This reporter is particularly adept at #5 on the list.)

Then Royal Jordanian tried their hand at poetry: 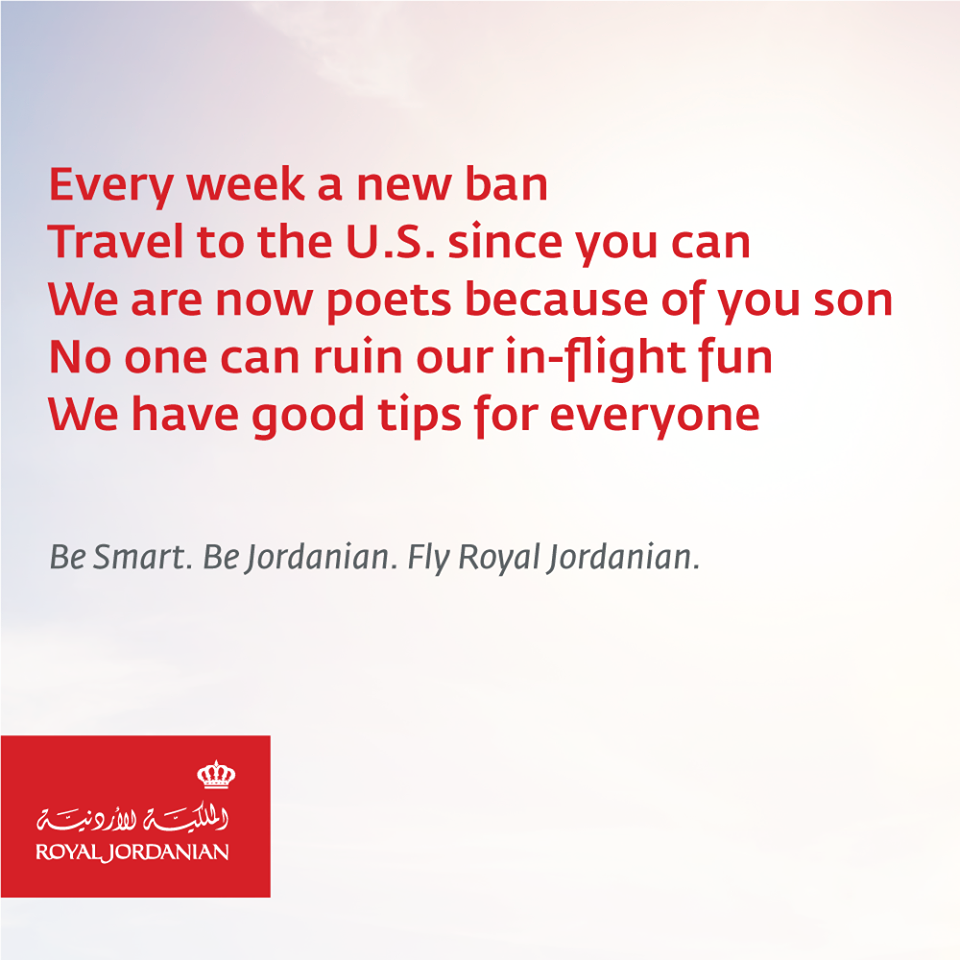 Some security experts said the ban makes sense, but others criticized it as illogical. After all, some of the airports in the Gulf have as strict security measures as ones in the United States. The Abu Dhabi airport, included in the ban, even has a U.S. Department of Homeland Security-run pre-clearance facility for flights stateside.

And the ban only applies to direct flights from the Middle East and North Africa, meaning bad actors trying to hide bombs in laptops could simply add a layover in, say, a European airport to circumvent it.

Pakistan, from where terrorists have traveled to other countries, wasn’t included in the blanket U.S. restrictions. So Pakistan International Airlines subtly taunted Royal Jordanian with a social media push of its own:

Did you know? You can carry your laptop/tablets onboard US bound #PIA flights. pic.twitter.com/pc8g8Owo9G

It also fueled speculation the move is an underhanded protectionist trade policy from U.S. President Donald Trump to help prop up U.S. airlines competing with government-subsidized Middle East ones. (The United Kingdom followed suit with similar electronics restrictions this week that, unlike the U.S. version, curiously didn’t include Gulf airlines.)

But while that battle plays out in the political universe, one can only hope Royal Jordanian’s press team uses their newfound free time aboard flights to pen more beautiful poetry.