Infographic: How Does the U.S. Stack Up to World in Executions?

U.S. execution rates are at a historic low, but still higher than almost everybody else.

Still, the United States remains one of the top five “persistent” judicial executioners from 2012 to 2016, joining the proud ranks of China, Iran, Saudi Arabia, Iraq, Somalia, and Sudan.

Here’s how the United States stacks up to other countries around the world for death penalties: 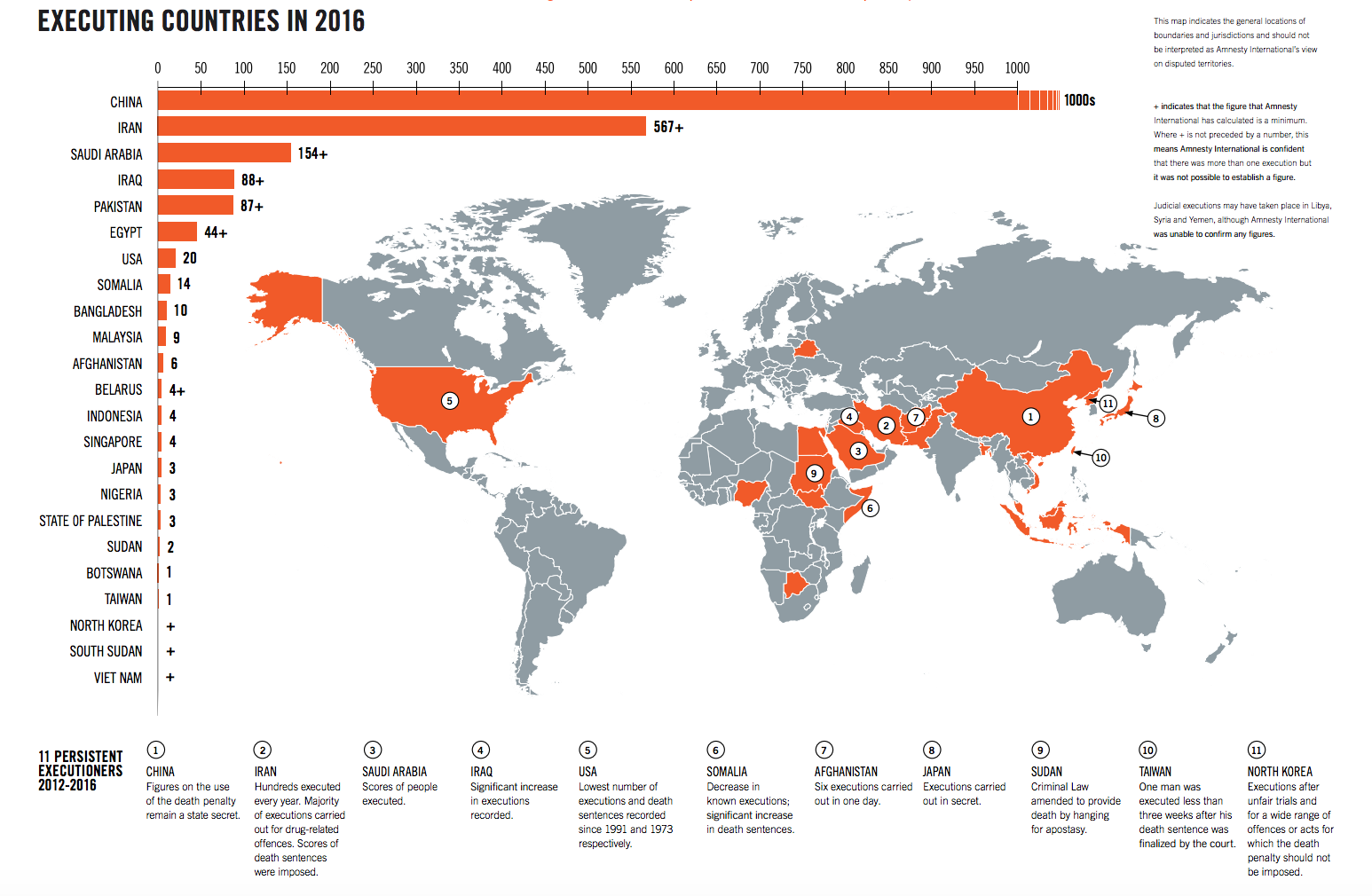 China keeps its grim title as the world’s top executioner, with Amnesty International tracking thousands of deaths in 2016 (though the exact figure remains a state secret). A distant second was Iran, with at least 567 deaths, and Saudi Arabia with at least 154 executions. The United States executed 20 inmates last year, more than Somalia, Bangladesh, Malaysia, Afghanistan, or Belarus (though out of a much larger population than in any of those countries.)

It’s welcome news for rights groups and activists who decry the death penalty. But in the United States, they warn that trend could quickly reverse.

“Executions could return with a vengeance in 2017,” said Salil Shetty, secretary-general of Amnesty International. “The shocking number of executions scheduled over a ten-day period in Arkansas this April is a clear example of how quickly the picture can change,” she added, citing Arkansas’s controversial plan to kill eight men over an 11-day period this month with a supply of sedatives for lethal injections nearing their expiration dates.

The United States is the only country in the Western Hemisphere that still carries out judicial executions.