The president says building a wall along the border with Mexico is one of his top priorities. But his government isn't acting that way.

In May, the Customs and Border Protection (CBP) division of the Department of Homeland Security declared that it had selected a brace of finalists in the competition to design the Trump administration’s proposed wall between the United States and Mexico. The announcement was the first sign that the project, a centerpiece of Donald Trump’s campaign for president last year, was gaining traction in the real world, with the qualifying companies slated to begin building prototype segments in a matter of a few weeks.

Two months later, we can now say for certain that the list of potential winners for the multibillion-dollar construction contract has been narrowed to … Dennis O’Leary.

That, in any case, is as much as we have known up to now. Some 200 proposals were submitted to CBP in time for the original March deadline, at least 20 of which are now in consideration for the as-yet-unstarted prototypes. But to date, O’Leary — the founder and CEO of DarkPulse Technologies in Scottsdale, Arizona, makers of a fiber-optic sensor system that was specified in one of the joint bids — is the sole participant who has identified himself as among the short-listed parties.

The fact that O’Leary has become the default architect of the president’s signature wall (at least judging from publicly available information) may seem strange. The resulting flood of media attention has certainly been strange for O’Leary himself. But it’s no stranger than the entirety of the competition thus far. “It’s been — I don’t want to say the word ‘confusing,’” says O’Leary. Yet no other word seems so apt.

The confusion is no way dispelled by two other finalists, neither of whom has spoken to the media before and one of whom agreed to talk to Foreign Policy on the condition that his identity not be revealed. Both longtime industry professionals, their differing perspectives on the project point to mysteries and missteps surrounding the process that suggest the wall will be a long time coming, if it ever comes at all.

The first, non-anonymous entrant in the prototype sweepstakes is Jim Knott Jr., CEO of metals manufacturer Riverdale Mills. The Northbridge, Massachusetts company specializes in the fabrication of wire mesh for lobster, crab, and oyster pots — a seemingly improbable background for a future border-wall builder, though Knott points out that the firm is only one member of a larger collaborative team, and that their proprietary material has been used in defensive walls (including ones in California, Arizona, and Kuwait) in the past. Having entered the second phase of the border competition, he says, his firm is now trying to produce “a more in-depth proposal that includes production projections, a list of key personnel, pricing,” and other specifics. But even as Riverdale forges ahead, its chief remains unsure as to what CPB is truly looking for, or when Riverdale might receive the green light to construct its prototype. Knott acknowledges the “fluidity of the situation,” but says that he and his team “understand the complexities.”

The other finalist, who asked that his name be withheld, is more blunt. As he puts it, “It’s been a real mess.” In more than three decades of soliciting and executing large-scale government construction projects, including multiple structures along the southern border, the contractor says he has never seen a bidding process so chaotic and rudderless as this one. “The lack of coordination, the lack of funding — they’re just not ready for prime time,” he says. 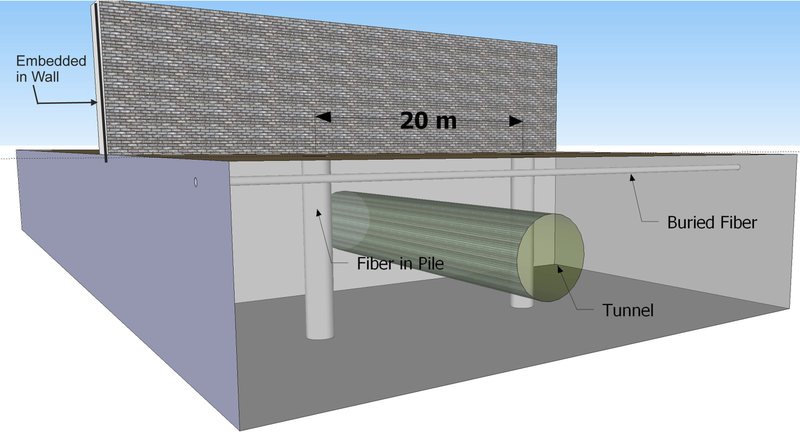 First on the list of befuddlements: Why weren’t the identities of all the finalists made public? In most government design-build competitions (particularly those held by the General Services Administration, responsible for most of Uncle Sam’s major buildings) transparency is key. Public hearings and media exposure for prospective contractors reduce the likelihood of sweetheart deals happening behind closed doors, while ensuring that each project’s diverse stakeholders — local communities, future end-users, the construction industry at large —maintain a sense of political buy-in.

The wall competition is far more secretive. The fact that it’s nominally a national defense project (and one undertaken by an agency not accustomed to building at this scale) may be one reason for the change, although the CPB cites another. According to agency representative Carlos Diaz, it’s mostly a matter of fairness. “The companies are competing, providing designs that are going to be proprietary,” Diaz says. “We want there to be equal opportunity for them to present without any intervention.” The secrecy, in other words, is intended for the competitors’ benefit, keeping them from cribbing from one another’s designs.

But if that were so, why were O’Leary and now Knott able to announce their status voluntarily — and why has no one else done the same? The anonymous stage-two bidder says the agency strongly hinted that silence would be “advisable,” though CBP officials did not, they claim, have contestants sign a formal non-disclosure agreement. Knott, who seems bullish about his firm’s odds, was motivated to come forward out of a sense of pride in his company’s products and profile: Riverdale’s mesh is made entirely in New England by local labor, he notes, and “if the wall is going to be built it should be built by U.S. businesses, employing U.S. workers.”

He may come to regret the decision, however. Having outed himself to the San Diego Tribune, O’Leary has found himself the unlikely center of a media maelstrom, not a situation likely to sit well with either CPB or his collaborators. “I’ve been skirting the edge on this,” he says.

That all of this was so predictable only makes the Department of Homeland Security’s failure to issue a gag order seem even more baffling. But then again, to issue one would have flown in the face of the Trump administration’s bombastic promotion of the “beautiful” wall the president has repeatedly promised. Evidently the CPB is trying to thread the needle between the White House’s upbeat declarations and an unprecedented process for building infrastructure that is fraught with bureaucratic, economic, and political difficulty.

As recently as April, the CBP was still insisting on a June start date for construction; that date has since been jettisoned, with officials now saying that ground will be broken before the end of the summer. Keeping schedule may largely hinge on how complex the logistics prove to be, and how many segments are actually going to be built — which is also somewhat in the realm of the unknown. About 20 finalists are said to still be “under consideration,” but the CPB now says that the prototypes will number, at most, “four to eight,” said Ronald Vitiello, deputy commissioner of the CPB since April. 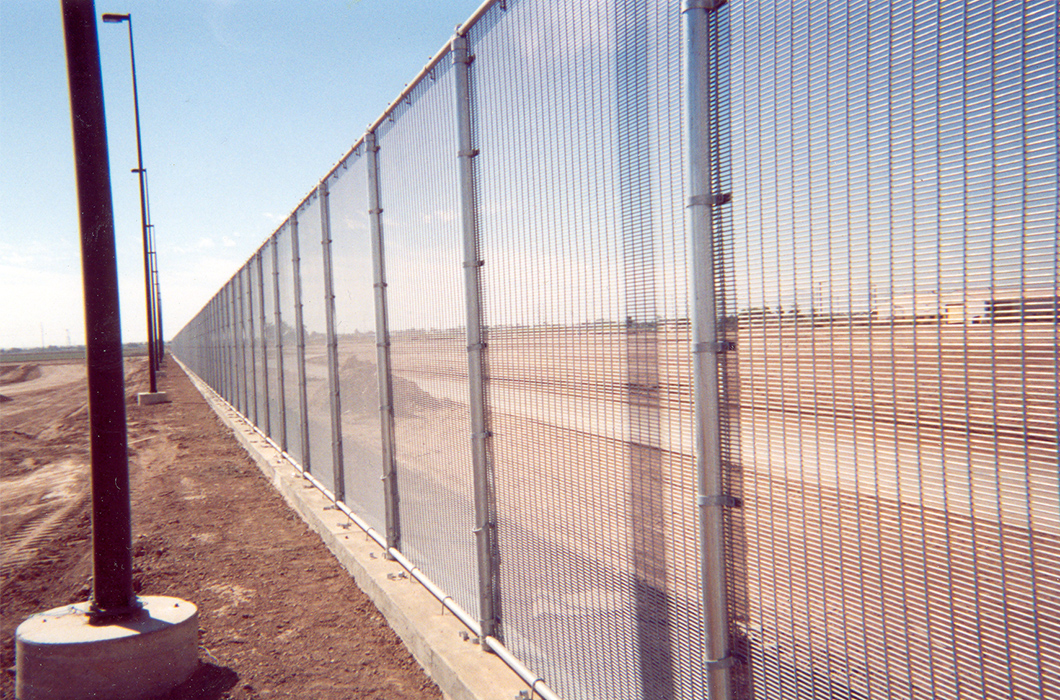 That degree of selectivity might suggest that the CBP is applying rigorous aesthetic or engineering standards, but there are some mundane technical reasons for the rapid winnowing of entrants. The competition was split into two parts, one for concrete contractors and another for other material providers; some contractors may have joined forces with like-minded competitors from the other category. The anonymous finalist points to still other, less routine factors. Among them, he says, “There have been threats” — the contentious character of the wall project has attracted intense criticism, and some of the 20 may be backing out for fear of commercial or even physical reprisals. (This would certainly seem to further explain the CPB’s preference for secrecy.)

More importantly, however, the fate of the border wall has only become less clear during the past few months as the Trump administration has stumbled from crisis to crisis, and some competitors might well be questioning the wisdom of staying the course. Vitiello cited a figure of $20 million in available CPB discretionary funds set aside for prototype construction, meaning O’Leary, Knott and their colleagues might see some compensation for their efforts if they emerge victorious from stage two. But the anonymous finalist is doubtful that the prototype fee will do more than stop his firm’s financial bleeding. “I don’t think we’ll ever see a profit on this,” he says.

At present, it is by no means evident what will happen after the prototypes are completed. The competition “is specific to the prototypes in San Diego,” notes the CBP’s Carlos Diaz: There is no promise that any of the eight finalists (or seven, or six, or however many) will receive a fully funded contract for the border wall, because Congress has yet to provide any of the estimated $12 billion to $21 billion to build it. Opposition on Capitol Hill is stiff, and not just from Democrats. The Republican delegation from Texas has shown at most lukewarm support, with Rep. Will Hurd having called the wall “the most expensive and least effective way to secure the border.”

Without any clear fiscal means or any very definite policy motive, the wall remains essentially what it’s been since Trump first championed it — a largely symbolic political gimmick. If the CPB can complete the prototypes by the fall, it will at least give the president a useful photo-op, a Potemkin village to strut in front of and boast about on Twitter. Even then, it would put him in the position of having to explain to his supporters that he’s not able to persuade Congress to give him money for the real thing.

None of that seems likely to deter the President. Just this month, Trump spoke out in favor of a solar panel-clad wall that could “pay for itself.” A similar proposal was in fact submitted in the competition but is not likely to be among the prototypes. As the anonymous finalist observes, the cost of cleaning some 3,000 linear miles of photovoltaics would be astronomical.

So why is the president of the United States endorsing the idea? The finalist demurred. “Donald Trump,” he said at last, “doesn’t know what he’s talking about.”

Ian Volner has contributed articles on architecture, design and urbanism to Harper's, The Wall Street Journal, and The New Yorker online among others. He is the author of This Is Frank Lloyd Wright, available this summer from Chronicle/Laurence King Publishing. (@IanVolner)