Report: U.S. Ranks Near Bottom in Commitment to Global Development

And it could drop even further under Trump.

The United States is lagging behind the world’s other richest countries in its commitment to global development, according to a new study.

The United States ranks 23rd of 27 of the wealthiest countries in how its policies impact the rest of the world, according to the 2017 Commitment to Development Index. The index, prepared by the Center for Global Development, a Washington, D.C.-based think tank, ranks countries based on their foreign aid, finance, technology, environment, trade, and security policy areas. 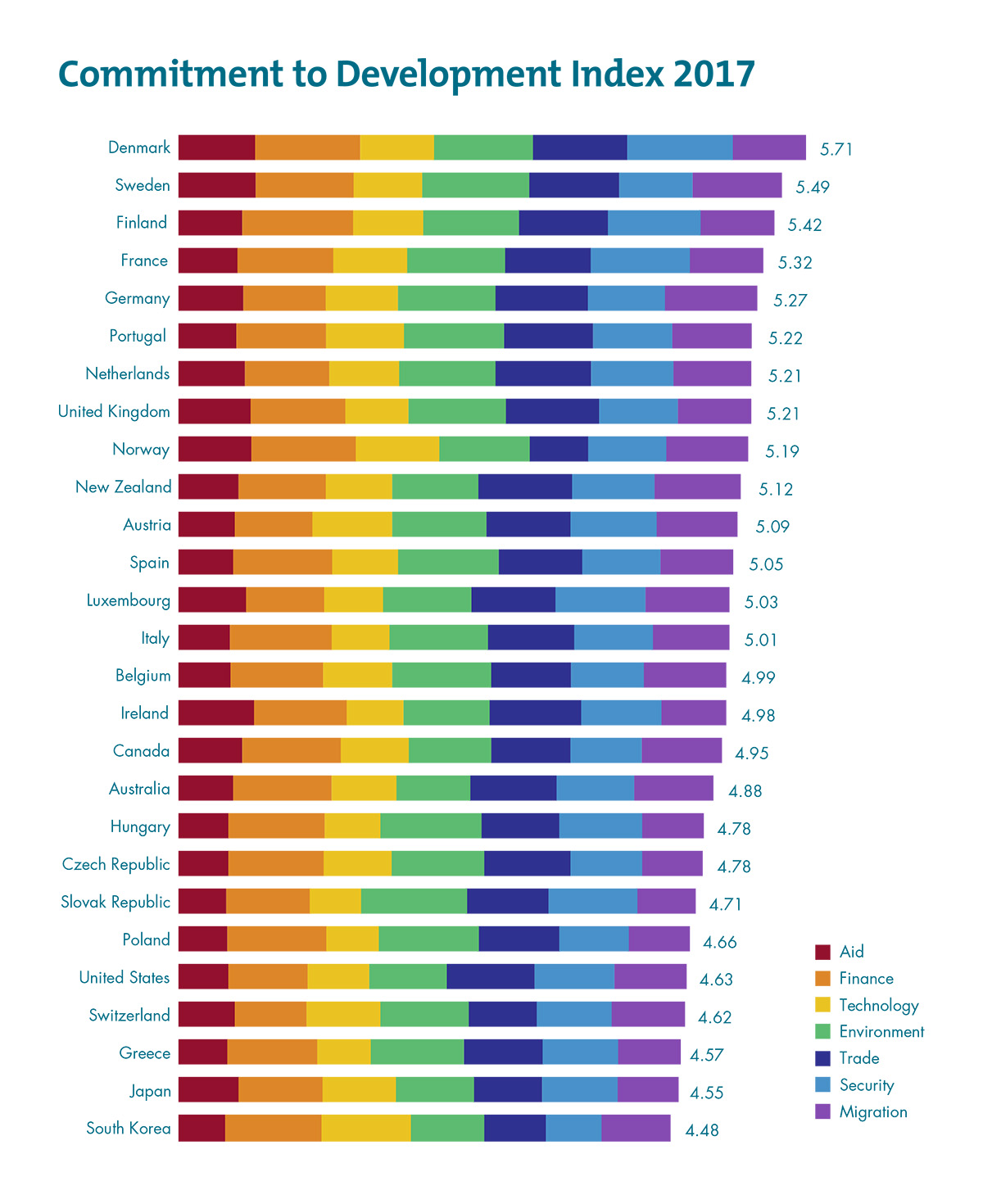 The United States dropped three slots from last year’s ranking. When it comes to aid, finance, trade, and migration, the United States has hovered in the middle for over a decade.

While it’s the world’s leading donor in absolute terms, it only spends about 0.18 percent of national income on foreign aid. “That puts it in the region of countries like Greece, Hungary, and Poland,” Mitchell said. 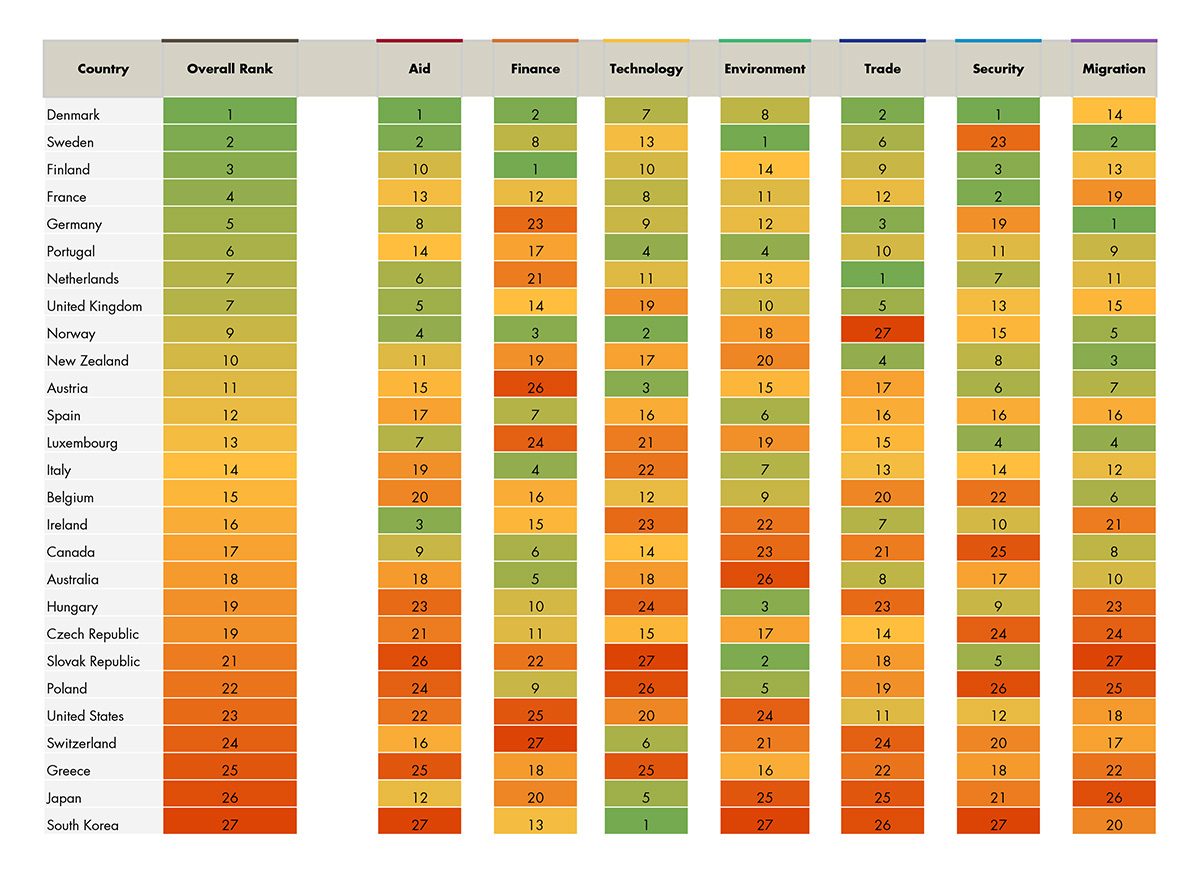 Development goes beyond foreign aid, as the report notes. What the world’s richest countries do indelibly impacts the other 5 billion people in the world, particularly on the environment. “Rich countries are most responsible for man-made climate change, but poor countries will suffer the most,” the report notes.

Almost all nations have slashed greenhouse gas emissions, with European countries and Canada leading the way on green-friendly environmental policies.

Here, the United States scores weakly, too. And it’s overall score could drop even further in the future if President Donald Trump has his way; all of the data in the report is pre-Trump.

Since Trump took office, he’s announced a U.S. withdrawal from the Paris climate agreement, clamped down on immigration and refugee flows into the country, and outlined plans to slash the foreign aid and diplomacy budget by as much as 30 percent.

The Center for Global Development attracted criticism in 2014, when the New York Times reported that the think tank had taken $5 million from Norway’s government in order to pressure U.S. officials to increasing U.S. foreign assistance. A Center for Global Development spokesperson declined to comment on the funding for this study but provided a link to the organization’s funding disclosure page.

Zambia Is on the Verge of a Pandemic-Related Debt Default