Why Do Some Countries Get Away With Taking Fewer Refugees?

Despite their ability to shelter those seeking refuge, some of the world's wealthiest countries, such as China and the United States, are closing their doors instead of opening them.

With the signing of the 1951 Convention Relating to the Status of Refugees, the world put in place for the first time a system for defining refugees, setting out their rights, and granting them asylum. But in the face of the most dire refugee crisis since World War II, even wealthy countries with the means and ability to support those fleeing conflict are increasingly trying to close their doors. Here, Yun Sun, a China expert at the Stimson Center in Washington, and Martin Schain, a professor emeritus of politics at New York University, discuss why an international system designed to help the world’s most vulnerable continues to fall short.

Yun Sun: The issue of refugees is very controversial in China. The overwhelming majority of the Chinese public seems to believe that China should not accept foreign refugees. Many Chinese nationals would say, “We had a one-child policy for the development of our country, so we’re certainly not making the space for refugees.” And reports about criminal activities and the turbulence that refugees are said to have created in Europe also alarm the Chinese. Apparently, they believe refugees from the Middle East are nothing but trouble. China is also a developing country and so, almost subconsciously, does not believe it has the inherent responsibility.

The Chinese official justification for inaction is that the refugee crisis was created by internal political turmoil in countries such as Libya, Syria, and Afghanistan. China did not create those troubles. Western countries sponsored the campaigns to overthrow dictators that eventually led to civil wars and refugee crises. So politically, China argues, to solve the refugee crisis, we need to restore order in these countries. China’s position is that it is making financial contributions through UNHCR [the U.N. refugee agency] and through bilateral arrangements, such as one with the Syrian government for humanitarian aid, or to make more resources available for refugee settlement in other countries.

Martin Schain: In the past, the United States did seem to acknowledge that it had a special responsibility to take in more refugees than other Western countries. What’s different about the debate now is that it has been so public and controversial. Basically, President Donald Trump has looked at refugees as just another group of immigrants who are far more dangerous to American security than other immigrants may be. And this really changes the conversation. Because these are no longer people in need but are framed as people who have chosen to put themselves forward as refugees in order to get into our country.

Chinese foreign policy is highly reactive. Unless there is a major problem, the government does not take the initiative. But if millions of refugees cross the border in the event of internal collapse or a conflict scenario in North Korea, it will be an unprecedented refugee crisis, and the Chinese government will have to have a comprehensive policy. The Chinese government has been doing the contingency planning, but those details are not revealed to the outside world. 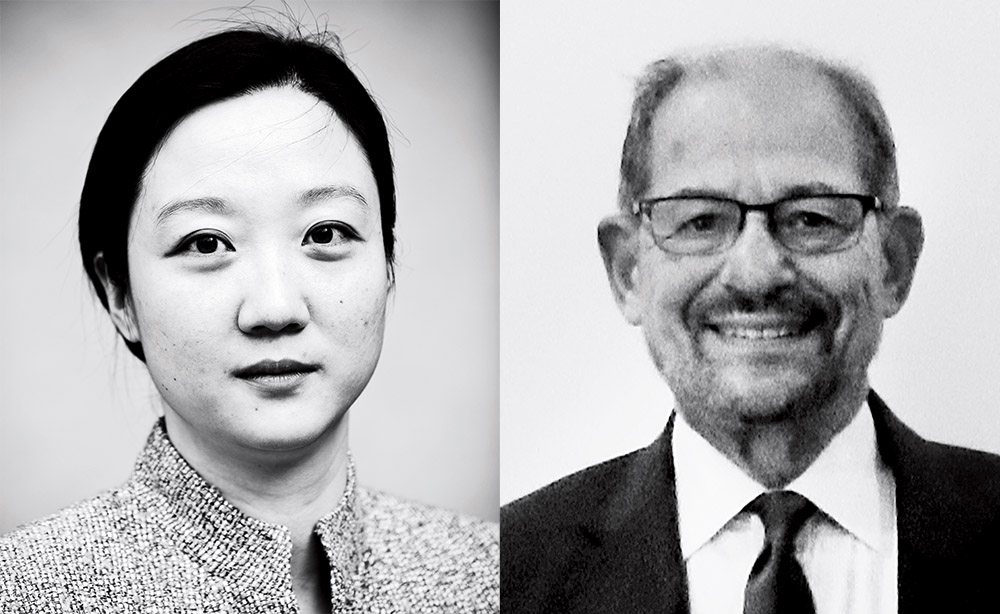 MS: The distance between China and Western countries on the refugee issue is shrinking. Internationally, there’s no will to deal with refugees because the politics in industrialized countries is working against them. We can see this in the Trump administration’s policy proposals, and the president’s tweets, and in Western Europe, where the Germans were regarded as exceedingly brave for having considered the admission of almost a million refugees — even though Germany has a population of 82 million. The Germans could do it because they had a strong government.

Certainly the British are not going to do it. The French are reluctant. The Americans under the current administration won’t even consider it. Which way are the political winds blowing? They’re just blowing in the wrong direction.

YS: Attitudes in the West may be worsening, but China basically just says “no” to international refugees. Officially, China has more than 300,000 refugees in the country, but those are almost all ethnic Chinese refugees who resettled during the 1979 Sino-Vietnamese War and are now de facto integrated in the population. In 2015, China only recognized 154 refugees and 641 asylum-seekers, according to UNHCR.

MS: The United States, on the other hand, has annually resettled around 60,000 refugees at the recommendation of UNHCR. Currently, this is about 2 percent of the 3.2 million or so refugees awaiting decisions for asylum. It’s a very small percentage of the 21 million under U.N. protection. Yet the United States has accepted more people from UNHCR lists than any other country. And it also accepts people who apply for asylum after entering the country.

YS: That surprises me — the United States has a much more comprehensive system. The Chinese policy is rather simple. The handful of international refugees in China come legally on visas and then seek refugee status. So they have to legally already be there before they can apply for refugee status through the UNHCR office, or they are categorized as economic migrants. This is why North Korean defectors seeking refugee status in China are almost always repatriated back to North Korea: China argues that these people are there illegally, and therefore their status is a non-starter.

MS: All refugees coming into the United States after World War II came in under special refugee legislation — passed specifically for “war brides,” for example, or those fleeing communist countries in Eastern Europe or those admitted under the Cuban Adjustment Act in 1966. A turning point came in 1979, when the United States, Canada, Australia, and France led a Geneva conference on refugees as large numbers of people were leaving Cambodia, Vietnam, and Laos, fleeing America’s communist enemies and dying at sea.

This narrative may sound familiar. It wasn’t the Mediterranean Sea in this case. It was the aftermath of the Vietnam War, and so we accepted almost half of the 2.5 million refugees who had been our allies or been displaced by our intervention.

What made that crisis different from what’s happening now is that it was managed by international agreement. We’ve had no such special conference convened with regard to the Syrian refugee problem. Europe is now dealing with it. It is seen as not a U.S. problem.

YS: This issue is exceedingly difficult. When the 1951 refugee convention and its 1967 protocol were first conceived of and signed, I don’t think the world, or UNHCR for that matter, was expecting a refugee crisis of the scale that we are seeing today.

MS: I agree. But there’s a certain irony to this. In many Western countries, such as Germany, the populations are actually shrinking. And many of the refugees who are coming in have considerable skills and can make contributions to the economies and societies of Europe. These are difficult questions, but they’re not questions of entry. They’re questions of integration and identity. And the problem with the politics of identity is that it’s not entirely rational.

This conversation has been condensed and edited for publication. This article first appeared in the September/October 2017 edition of FP magazine.