The United States poured millions into education in Afghanistan. Did it do anything?

Around 130 million girls don’t go to school every day. ONE, a global organization that fights extreme poverty, is trying to fix that by finding out where the problem is the worst.

Their new report ranks the 10 worst nations in the world for girls to get an education. Nine of those are in Africa. The other? Afghanistan — a place where the United States has poured massive funds for education since overthrowing the Taliban there in 2001. Yet it’s still the fourth-worst place in the world for girls’ education, according to ONE’s index, which measured rate of attendance, amount of spending on education, and the number of teachers trained, among other factors. 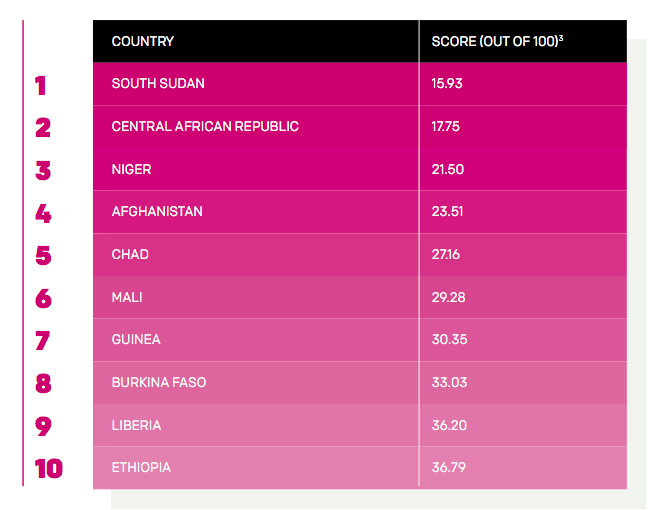 The report points out that keeping girls out of school starts early. “As of 2014, Afghanistan had the highest level of gender disparity in primary education, with only 71 girls in primary school for every 100 boys,” it says. In Tanzania, by comparison, girls have outperformed boys in attendance to primary school and stayed consistent with boys in attendance through lower secondary school, according to the United Nations Girls’ Education Initiative.

Education in Afghanistan, and reversing much of the social engineering of the Taliban, was touted by Washington as a big success after the 2001 invasion. According to the Special Inspector General for Afghanistan Reconstruction, the Pentagon, State Department, and the United States Agency for International Development spent a total of $759 million on primary and secondary education in Afghanistan since 2002. But it’s unclear if that money has made much difference.

“I think there’s no question here that a lot of funds were wasted, and on close examination it doesn’t look as good as we made it out to be,” said Marvin G. Weinbaum, the director of the Afghanistan and Pakistan program at the Middle East Institute.

But Weinbaum noted that part of the problem with education in Afghanistan is simply the ongoing conflict.

“Look, they started from zero, and 40 percent of the country is contested,” he said. “Under those circumstances, the question of where can you get an education is naturally going to be affected by the fact that the fighting is going on in these regions.”

The report also found that extreme poverty doesn’t necessarily condemn girls to a lack of education. Burundi has one of the world’s lowest GDPs per capita, but it ranks 18th in the report’s index. Other factors like child marriage seem to play a part as well. According to the World Bank, around 15 million girls every year are married before the age of 18, and many drop out of school after being married off. According to ONE, in many of the 10 worst-performing countries, more than half of women are married before they are 18, sharply limiting their educational opportunities.