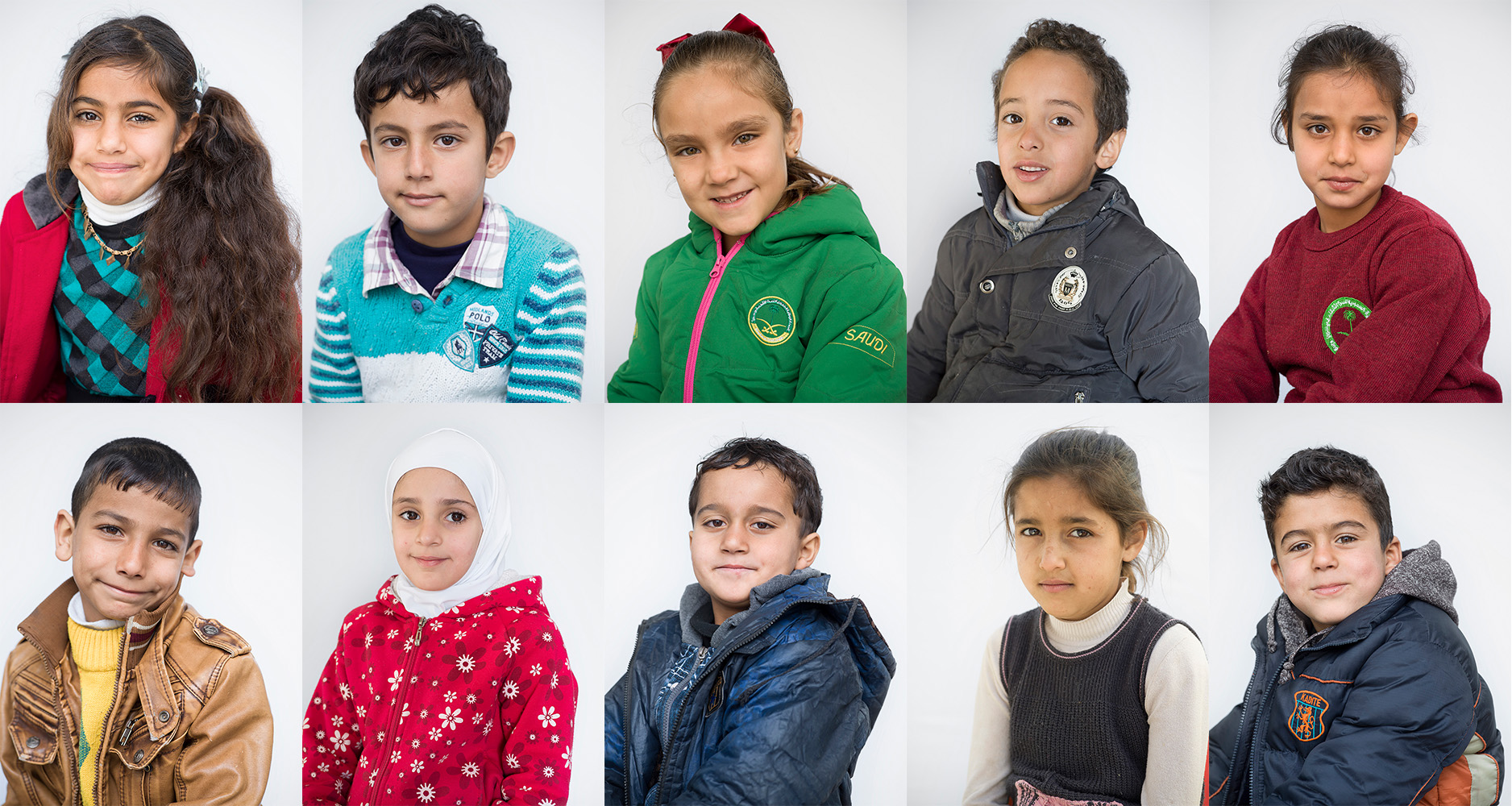 Seven Years of Syrian Civil War, Through the Eyes of Refugee Children

This March is the seventh anniversary of the beginning of the Syrian civil war. Since then, some 400,000 have been killed, and over 5.5 million refugees have streamed out of Syria; millions more have lost their homes. Over a million Syrian refugees live in Jordan, thousands of them in sprawling refugee camps that have morphed into temporary cities. About one-third of Syrian refugees are children under 12; many have been refugees longer than they ever lived in Syria.

Dutch photojournalist Chris de Bode has visited Zaatari, Jordan’s largest refugee camp, several times since 2013. In January, Save the Children asked de Bode to help the world better understand how time has passed for these refugees.

“I thought, let’s do something really accessible, a form we all know, in all its simplicity,” de Bode says by phone from Amsterdam. “Why not shoot school photos?”

De Bode set up a small portable backdrop and photographed individual, close-up portraits of 48 children, in both the Zaatari and Azraq camps. “I didn’t want to photograph them as refugees,” he says. “Just as kids.” Their commonality is their age: 7 — the same as the war itself.

De Bode asked each child where he or she was born, and if the child had any memories of Syria. “On the whole, most of the children didn't have any memory at all,” he recalls. “I found that quite touching, because slowly this generation is losing all memory of where they actually come from.”

Seeing refugees in school photos changes the viewer’s eye. “I’ve been in this work for quite awhile,” de Bode says. “If you photograph someone within the context of being a refugee, with all the symbols that go with that” — the dust, the makeshift housing, the clothing — “it’s not very dignified.” Instead, a simple white drop sheet and questions about school and toys and brothers and sisters change the focus.

“Suddenly, being a refugee is not the important thing of looking at the picture,” says de Bode.

The images may be simple, but they are shot on a handmade Swedish Hasselblad camera, one of the finest in the industry. The quality of each image is extremely crisp. That, too, was a conscious decision: To photograph the children with one of the world’s finest cameras, de Bode says, was his quiet way of honoring them.

All students were photographed at a Save the Children-sponsored early learning center. Interviews were conducted by Chris de Bode, lightly edited for space. 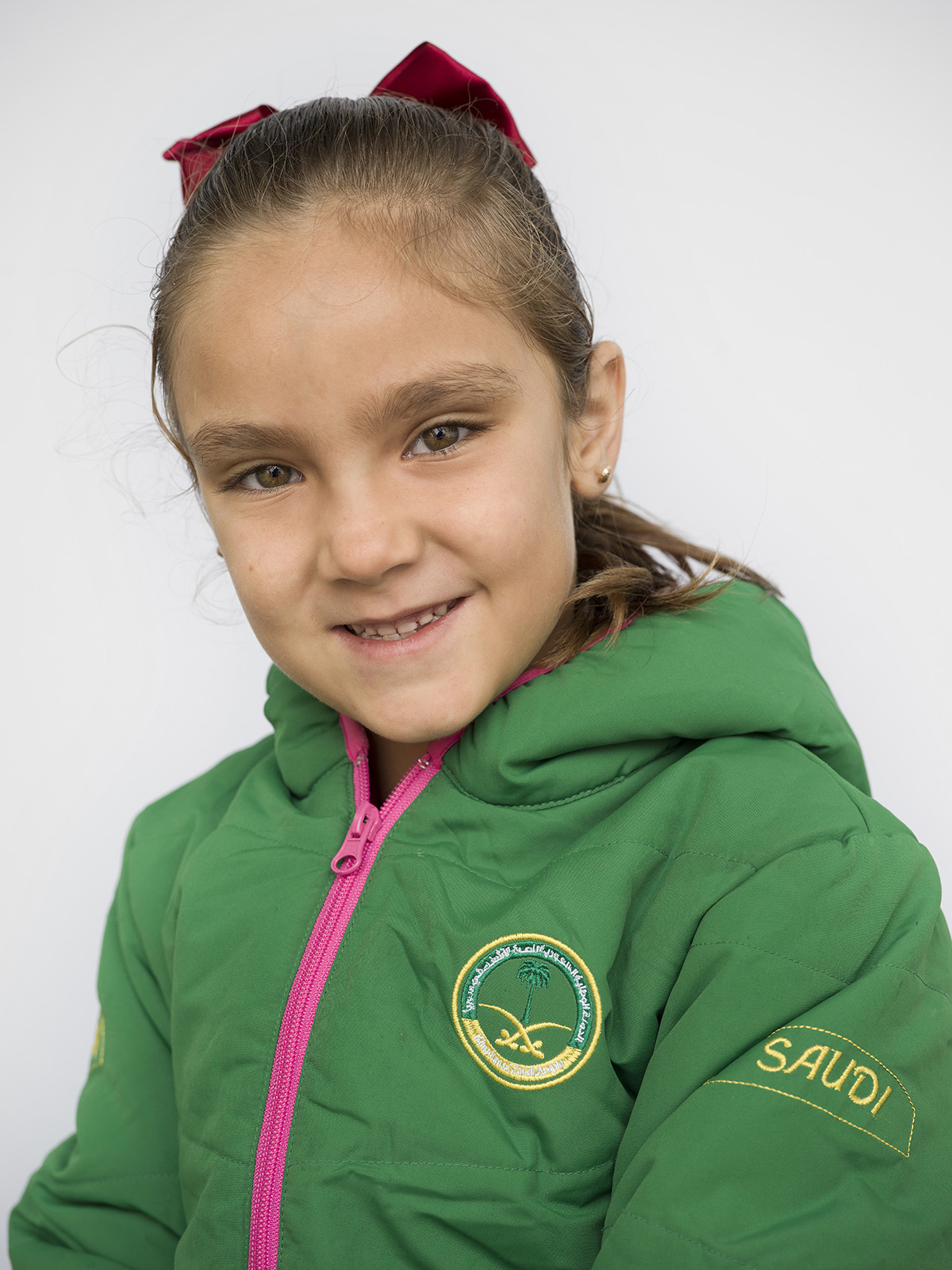 Rena, 7. “We were hiding under something and we heard airplanes. We were scared. I came here with my mother and my dad and my aunt. When we came here, I felt much better. I like my home. We have two rooms and a kitchen. My teachers in school make me feel safe.” 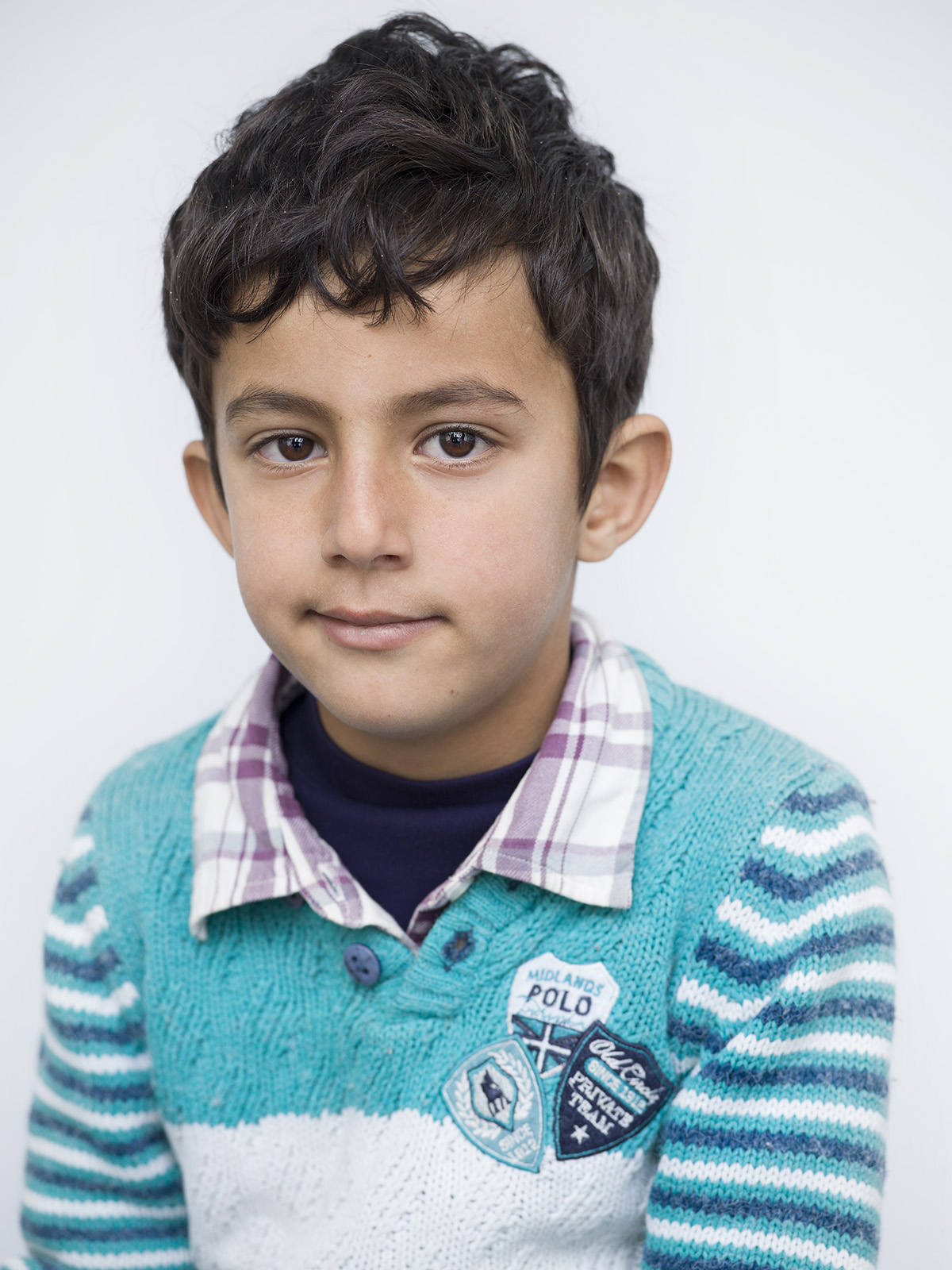 Malik, 7. “I don’t have memories of the trip. Now I go to school. School is the best thing. It makes me happy. Math is my favorite subject. We have two caravans and a middle space: one is for sleeping and one is a hosting area. My mother makes me feel safe. I don’t know how, but I feel safe.” 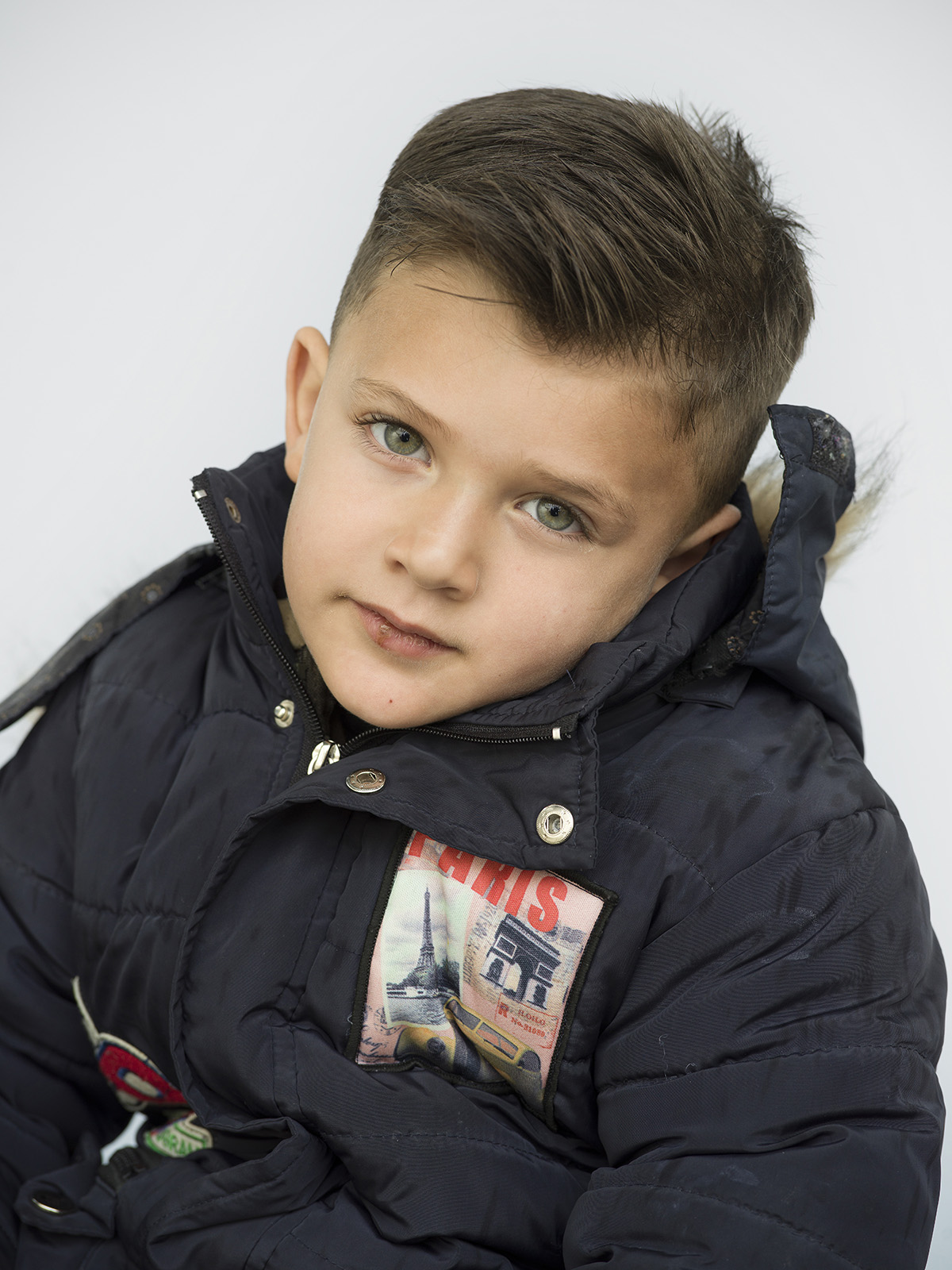 Tareq, 7. “I was born here. I don’t know anything about Syria. I dream of becoming a dentist. I would fill all the cavities my family have. I never went outside the camp.” 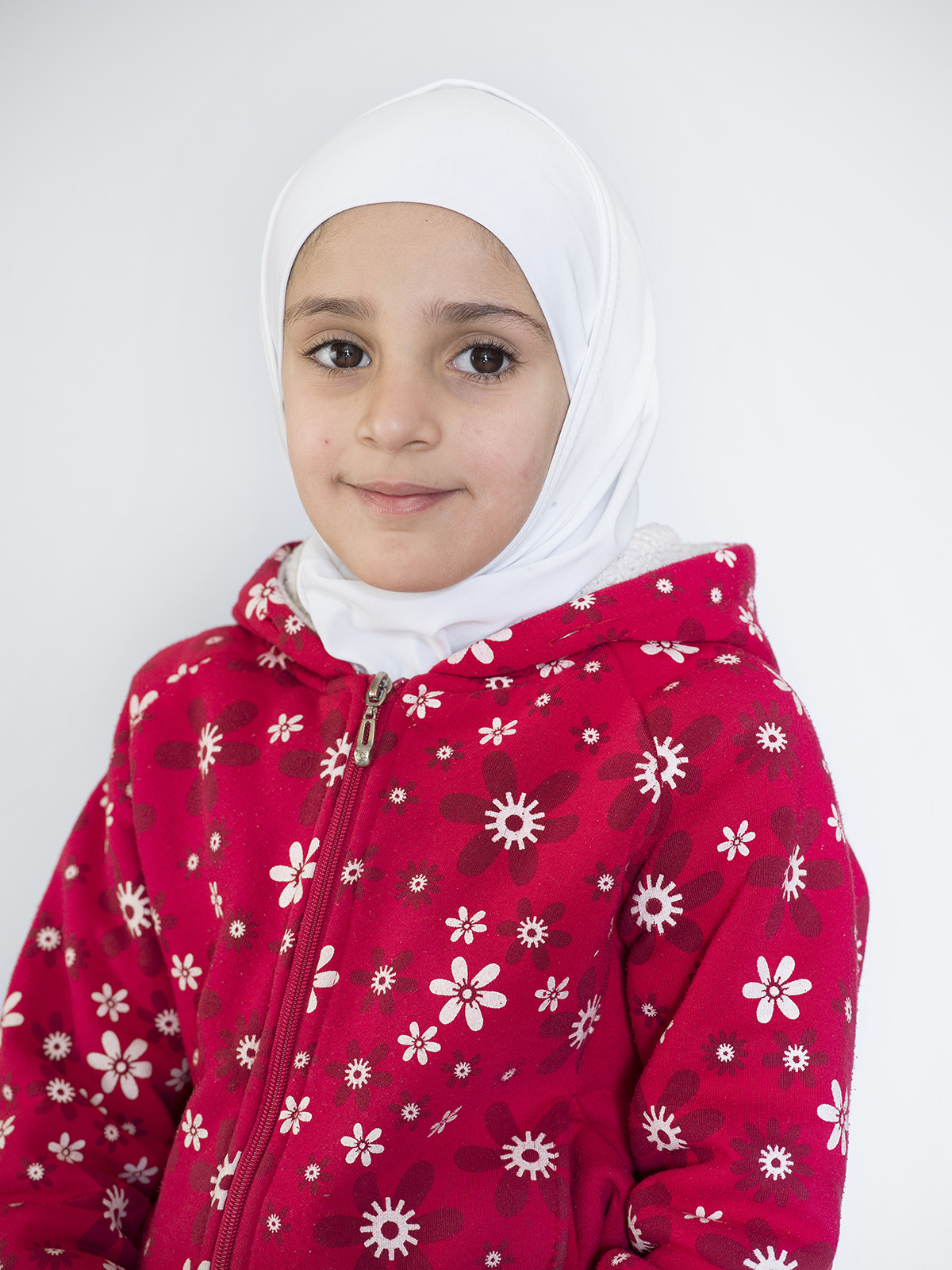 Rula, 7. “I don’t have any memory of Syria. I would like to become an English teacher.” 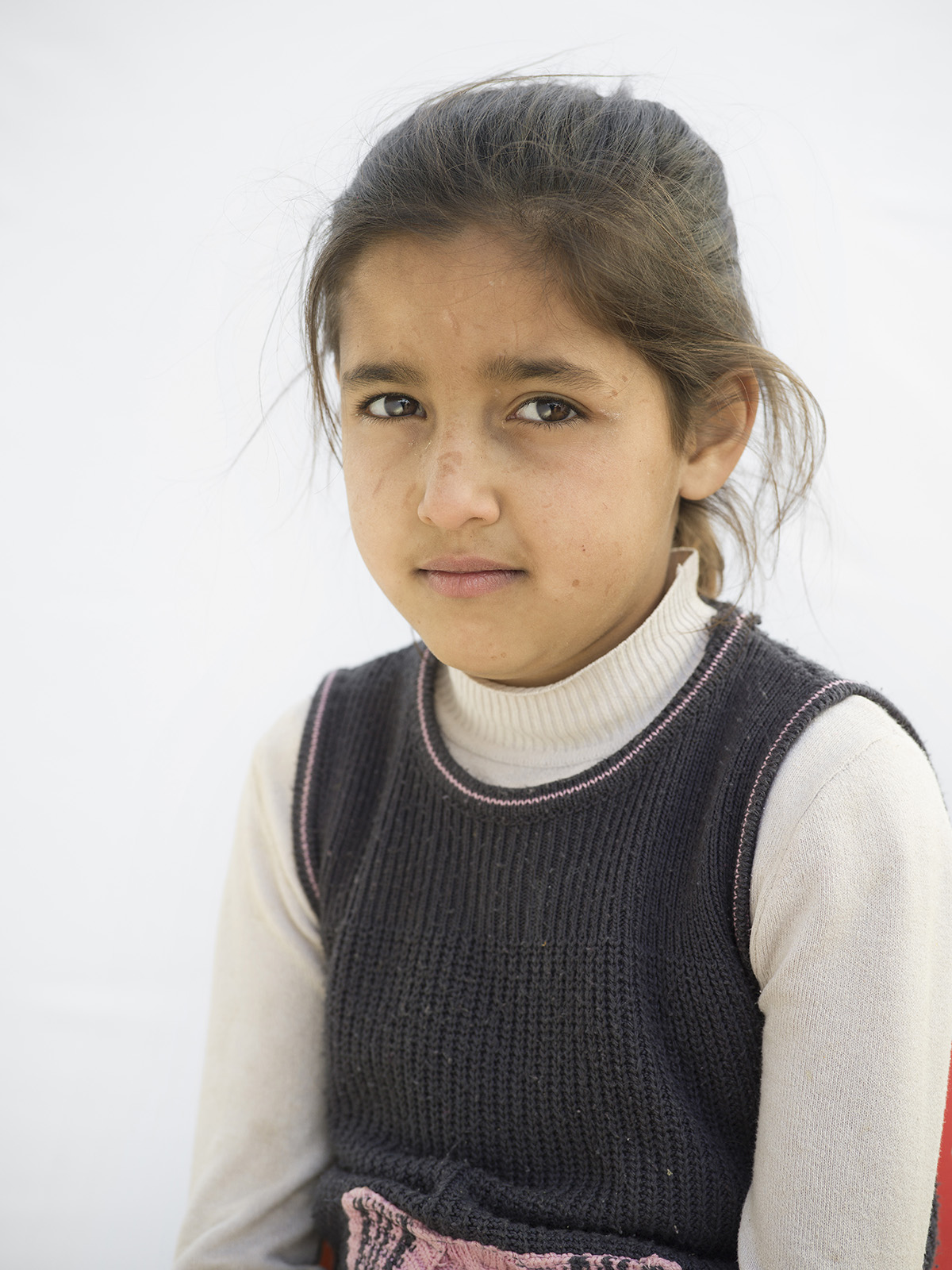 Sarah, 7. “Both of my younger brothers were born here in the camp. The only thing I remember of Syria is school. I don’t really like it here. School is nice, but in Syria it was nicer.” 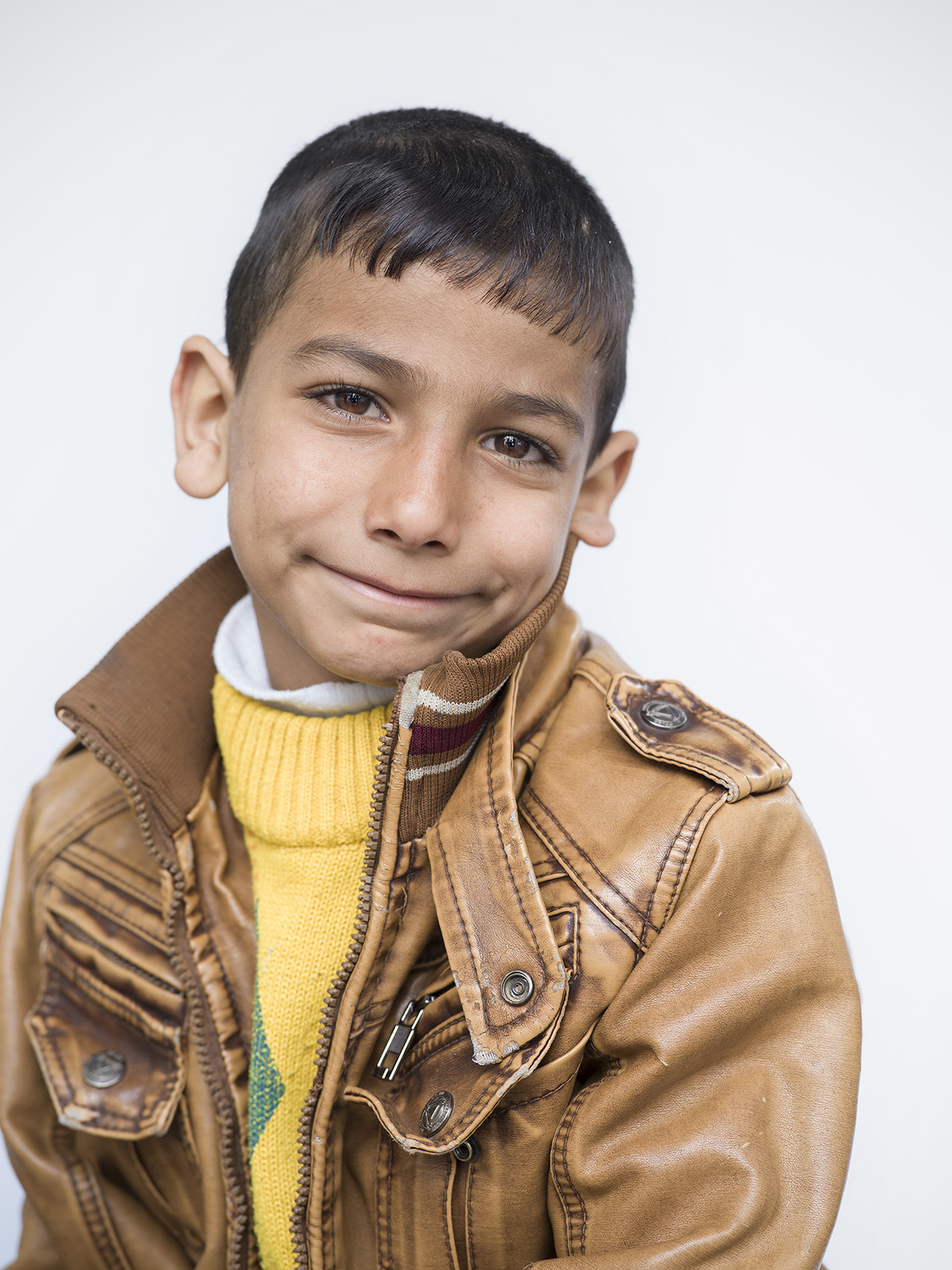 Radwan, 7. “I was 4 years old when we came here. We don’t talk about Syria at home. We live next to the school. I play football, and sometimes we travel to Amman by taxi. I like cars.” 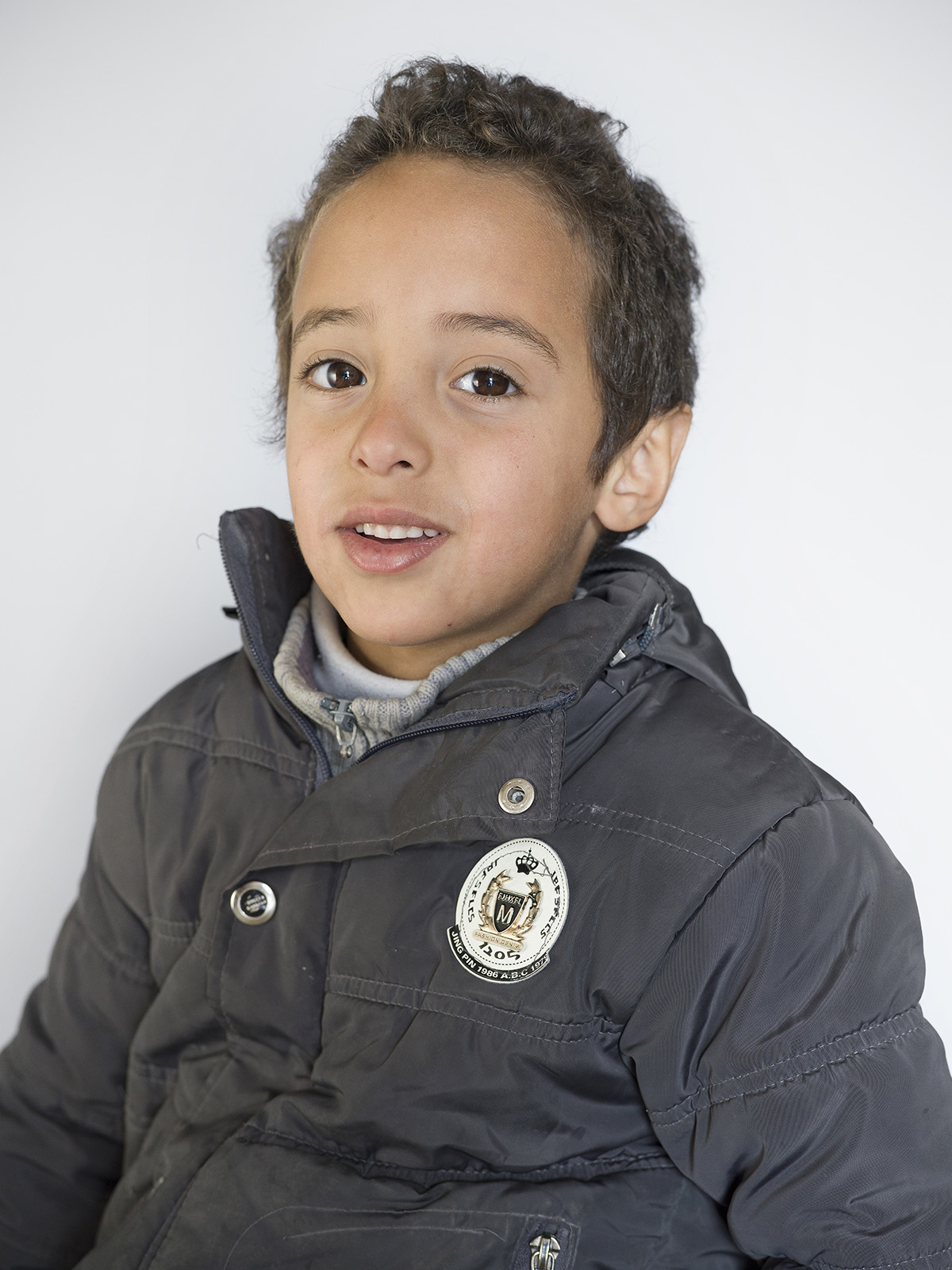 Kamal, 7. “I live with my grandma. She never tells me stories of Syria.” 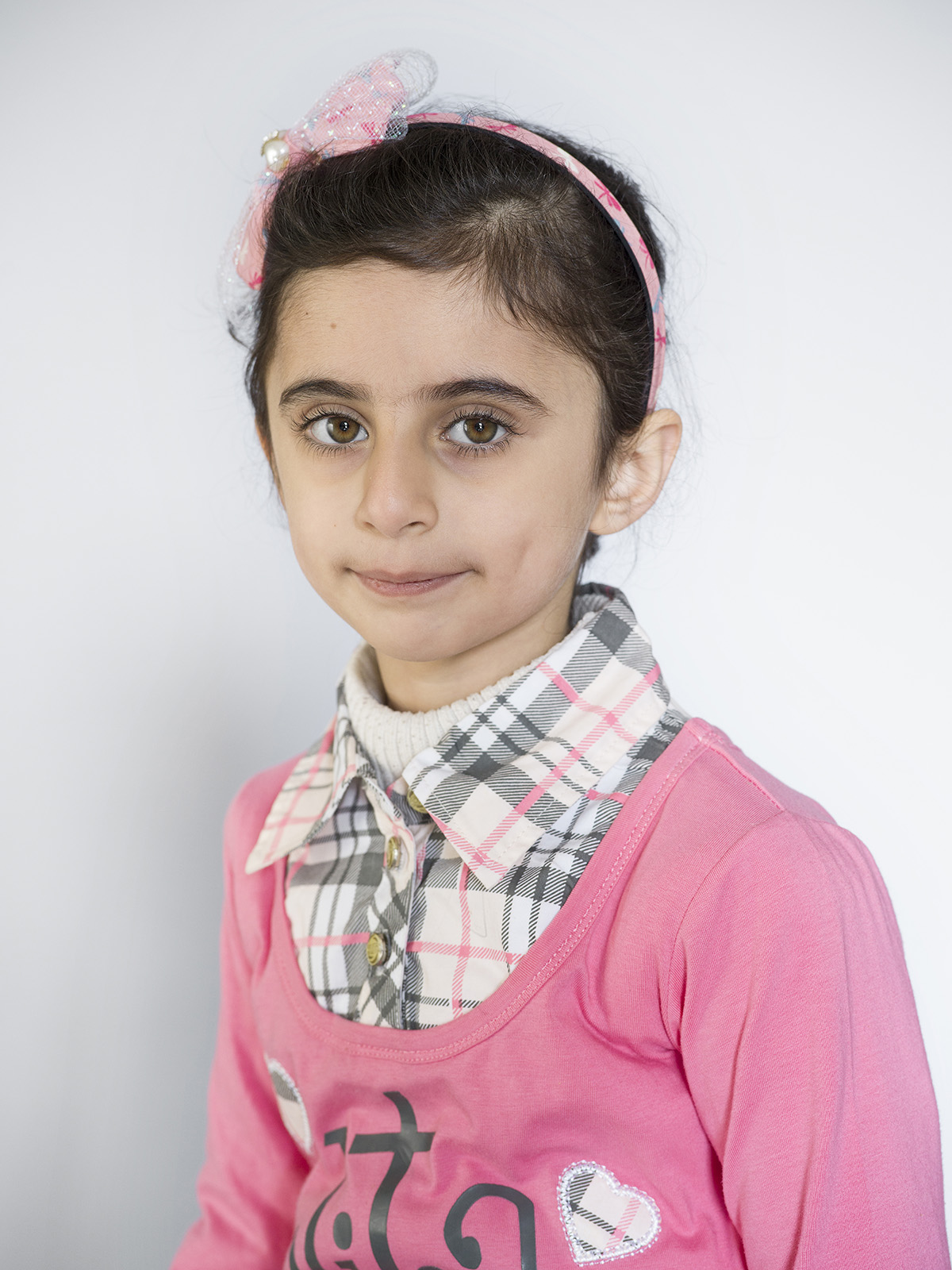 Mai, 7. “I don’t have any memories of Syria. I love going to the park here in Zarqa.” 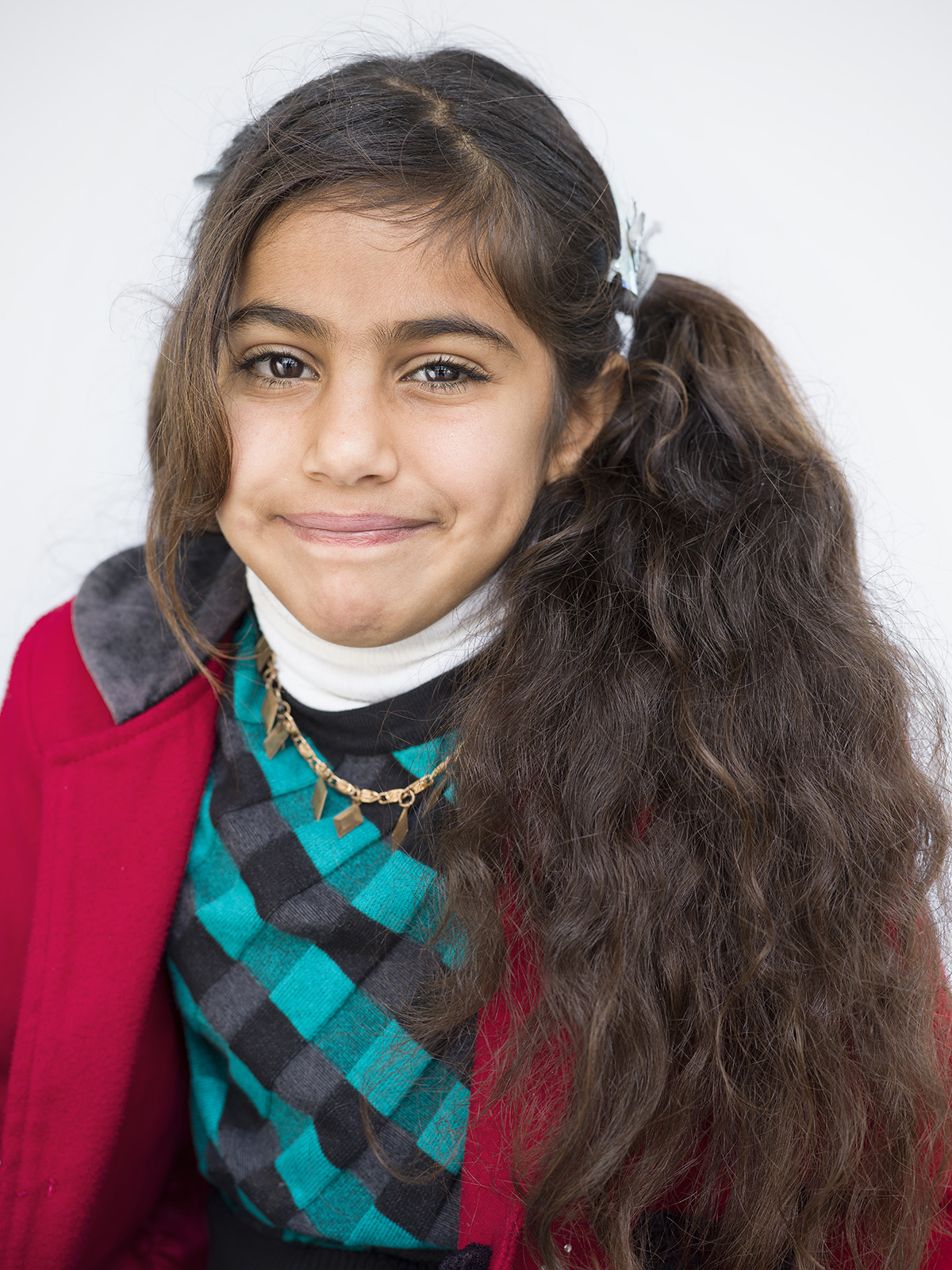 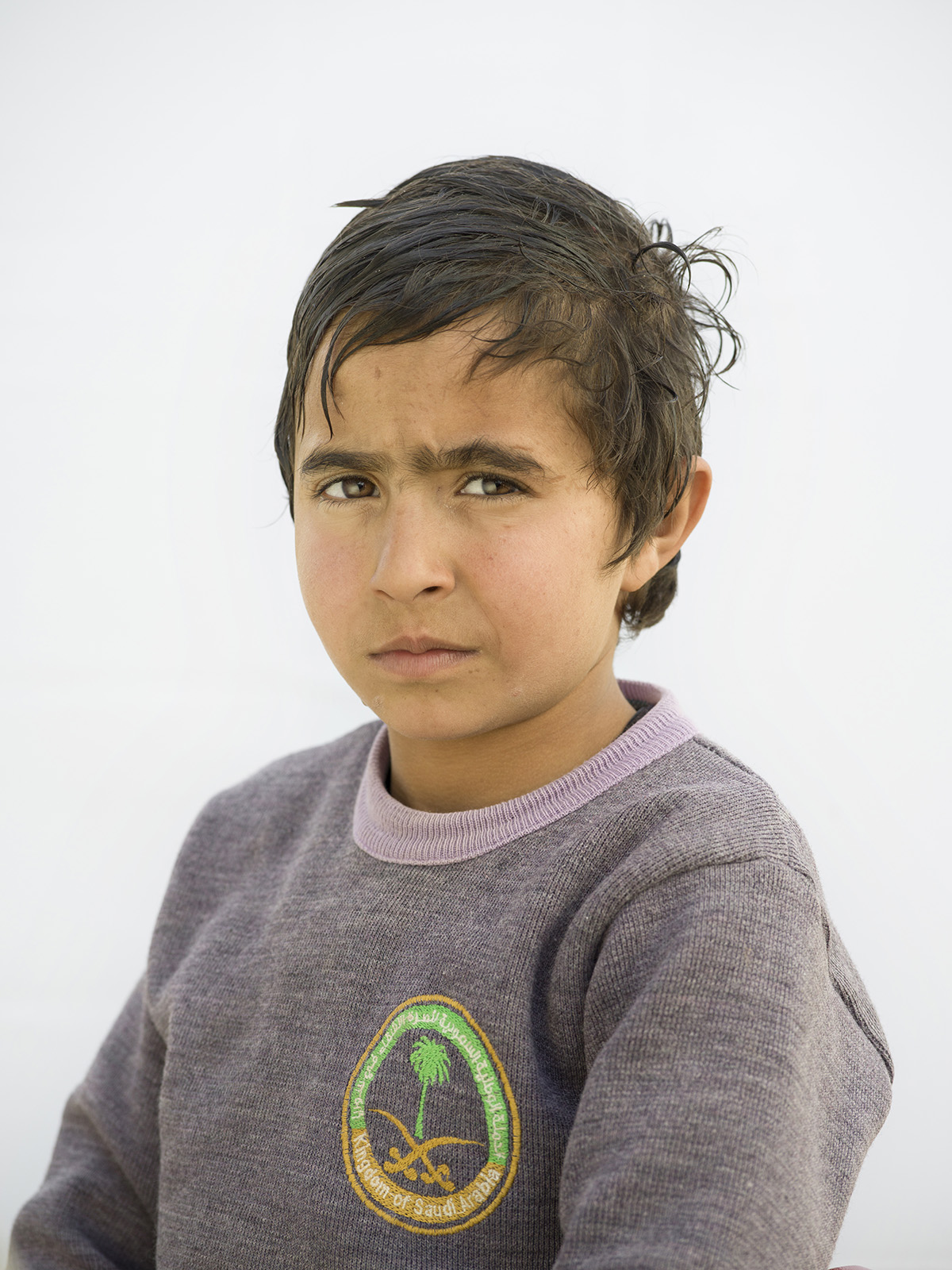 Muhsen, 7. “We used to have chickens and sheep in Syria. My dad had a small shop. We also had two cars. We always had to push the white one.” 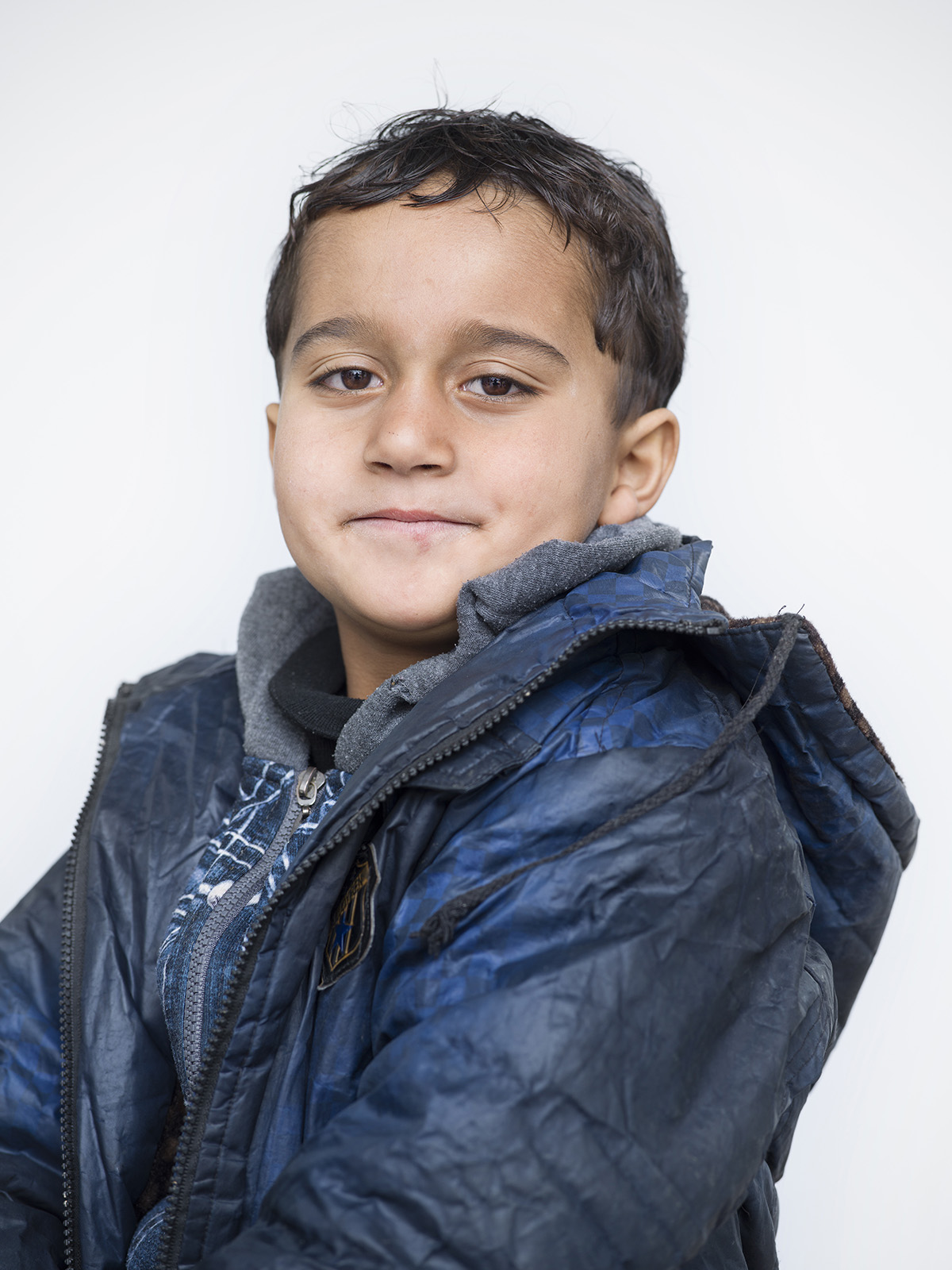 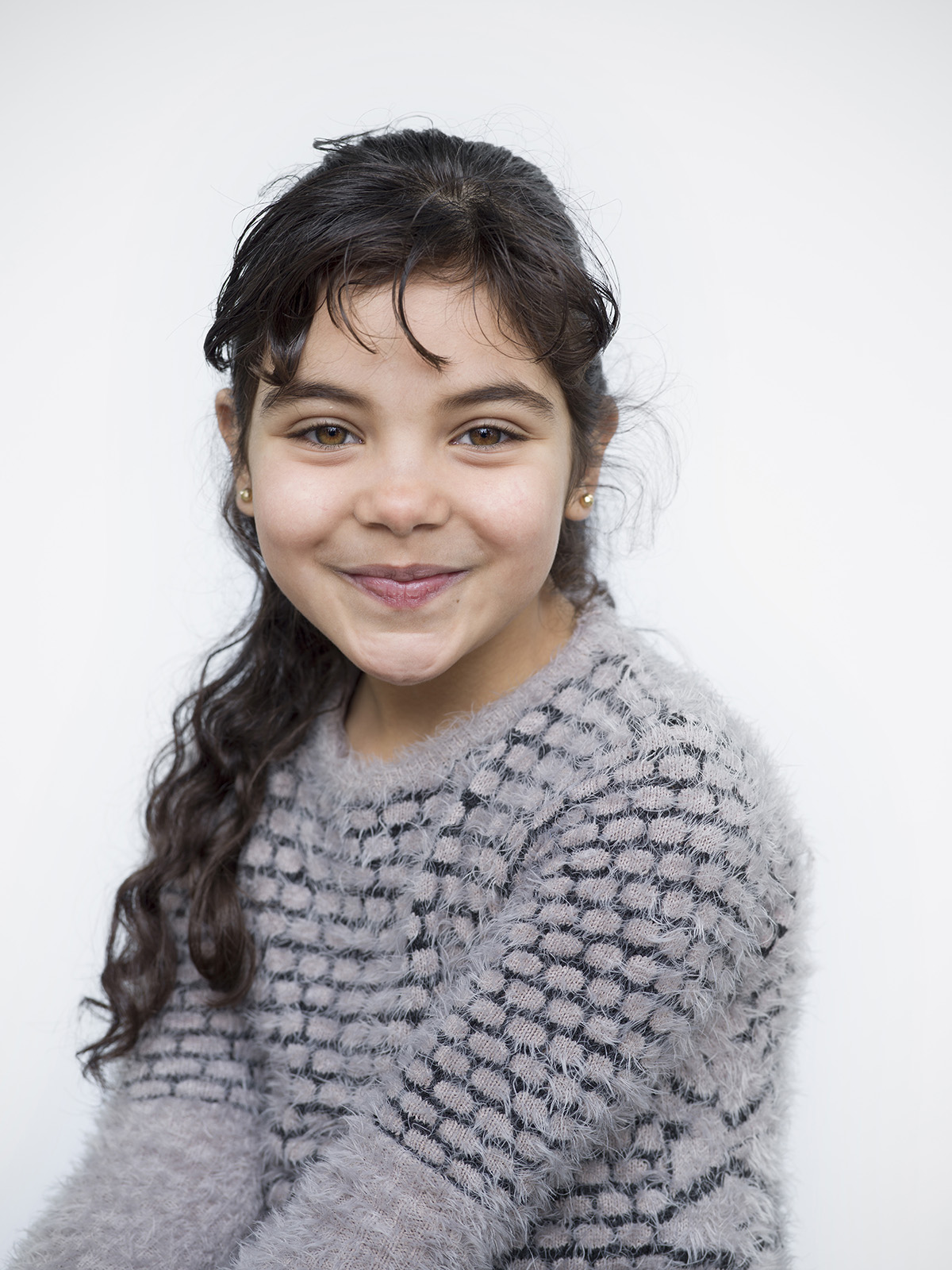 Lubna, 7. “I was born in Syria. I had a big, big home. My grandmother got me a toy — I remember that. I had a white room; it had a closet. The closet had a lot of clothes in it. I had a lot of toys in Syria. I can’t remember coming here. My mother draws pictures. When I started school here, they gave me a toy and lots of notebooks. I have almost filled the notebook. My caravan here is all white. My father wants to make one for me and my brother to sleep in. I feel safe — I don’t know why.” 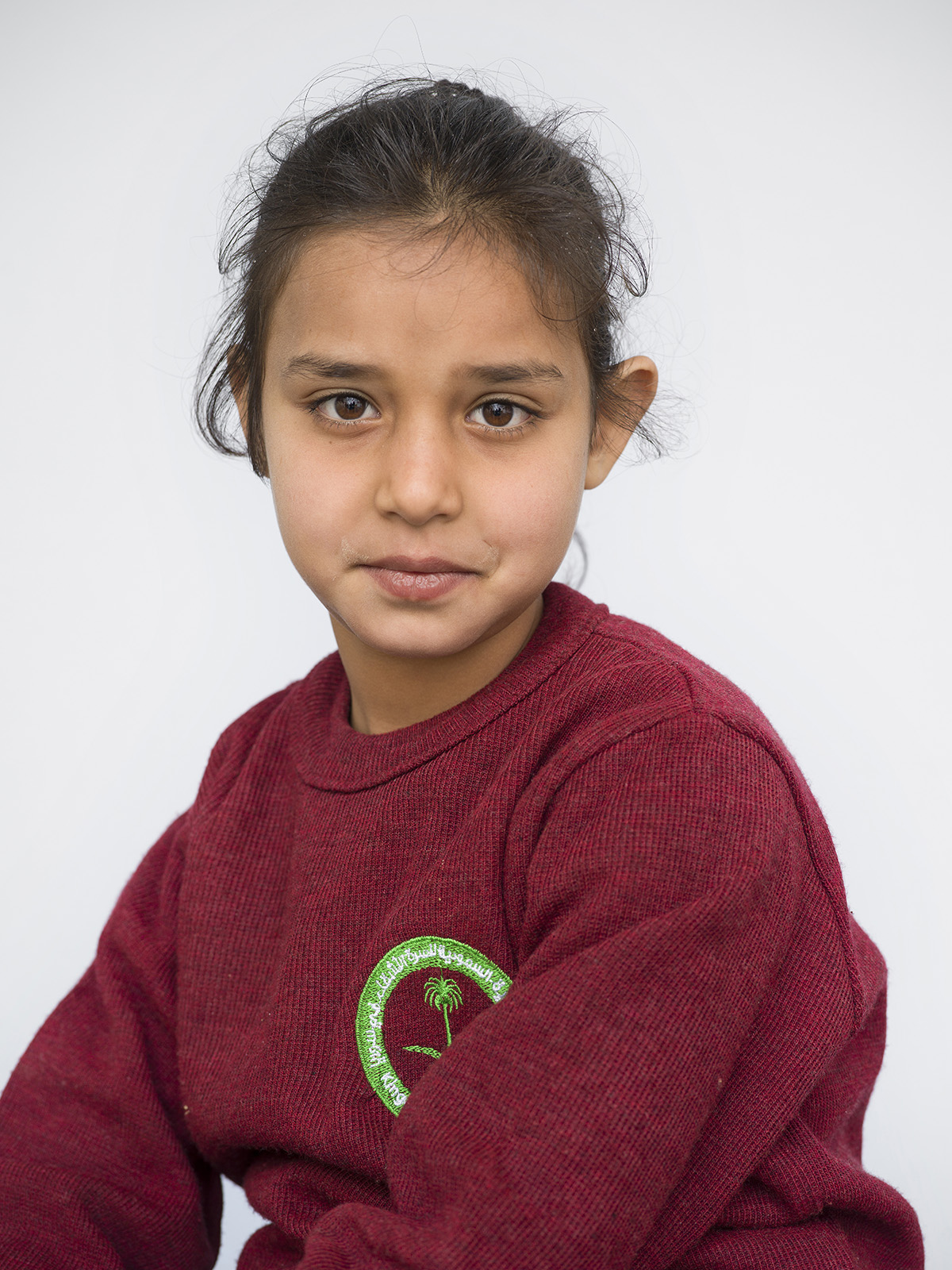 Mariam, 7. “My parents tell me Syria is beautiful. Our house here is big and beautiful. The thing I like best about the house is my father. I want to become a teacher. I love school.” 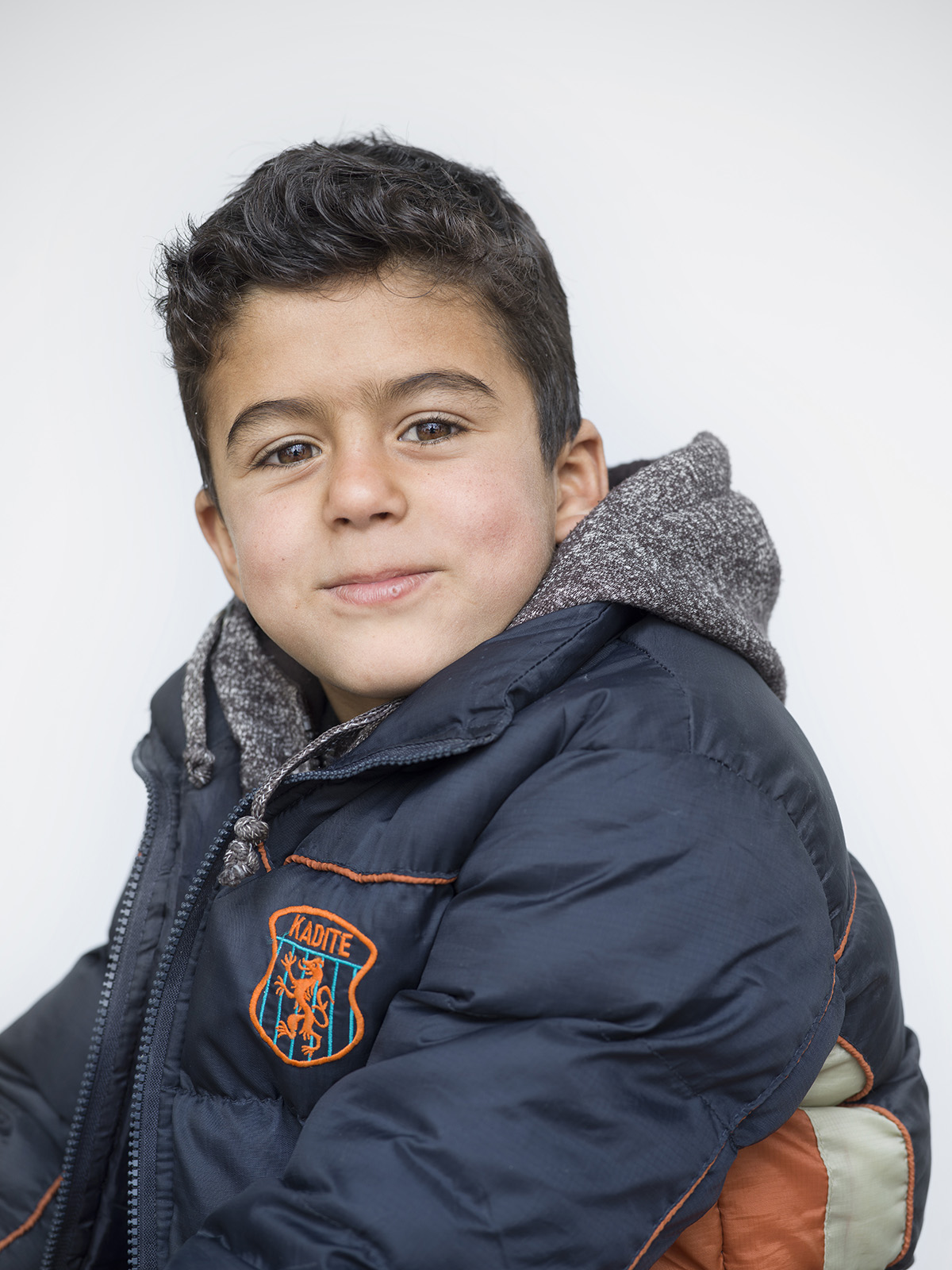 Amer, 7. “My grandfather used to lift me and pick me up and play with me. My memories of Syria: We went for a walk at night with my father and my mother. We bought something sweet. I was small. My brother dropped an iron on my feet when I was small. I feel safe. I have a brother and another brother and a sister. I love my cousins. They live here.”

Chris de Bode is a documentary and portrait photographer based in Amsterdam. View photos of the other children on his Instagram and Twitter pages.
Sarah Wildman is deputy editor (print) at Foreign Policy.