Critics of overseas development assistance say it's a waste. The evidence shows that investments in public health enhance stability and security.

American leadership is on the decline in the eyes of global leaders. Sadly, public bluster and daily rhetoric continue to degrade America’s global image and create a healthy dose of skepticism about Washington’s intentions, even among the staunchest U.S. allies.

Nowhere is that more obvious than in the Trump administration’s drastic action in cutting the once-ambitious efforts of U.S. global diplomacy, international aid, and public health infrastructures. This includes both sweeping budget reductions and replacing leaders with political spin operations. In March, U.S. President Donald Trump proposed a 33 percent cut in the budget for the United States Agency for International Development on the grounds that the president was aiming for “efficiency and effectiveness” in U.S. aid efforts and to prioritize the overarching security and economic needs of American citizens. This rhetoric reveals a profound misunderstanding of how closely foreign aid is intertwined with the security, health, and economic interests of the United States.

Many critics have argued that justifications for foreign aid are based on anecdotal data and a misguided belief in the power of aid dollars to transform the governance of aid-dependent countries. But history demonstrates that programs from the Marshall Plan to the Peace Corps have had a deep and lasting impact. Even the Department of Defense has recognized the importance of soft power through its focus on programs aimed to “win the hearts and minds” of U.S. adversaries.

Yet, while no one will dispute that the Marshall Plan was a key cog in postwar Europe’s reconstruction, the perceived absence of hard data on aid’s effectiveness has allowed skeptics to question how the United States furthers its soft power in the modern age. However, the data exists. 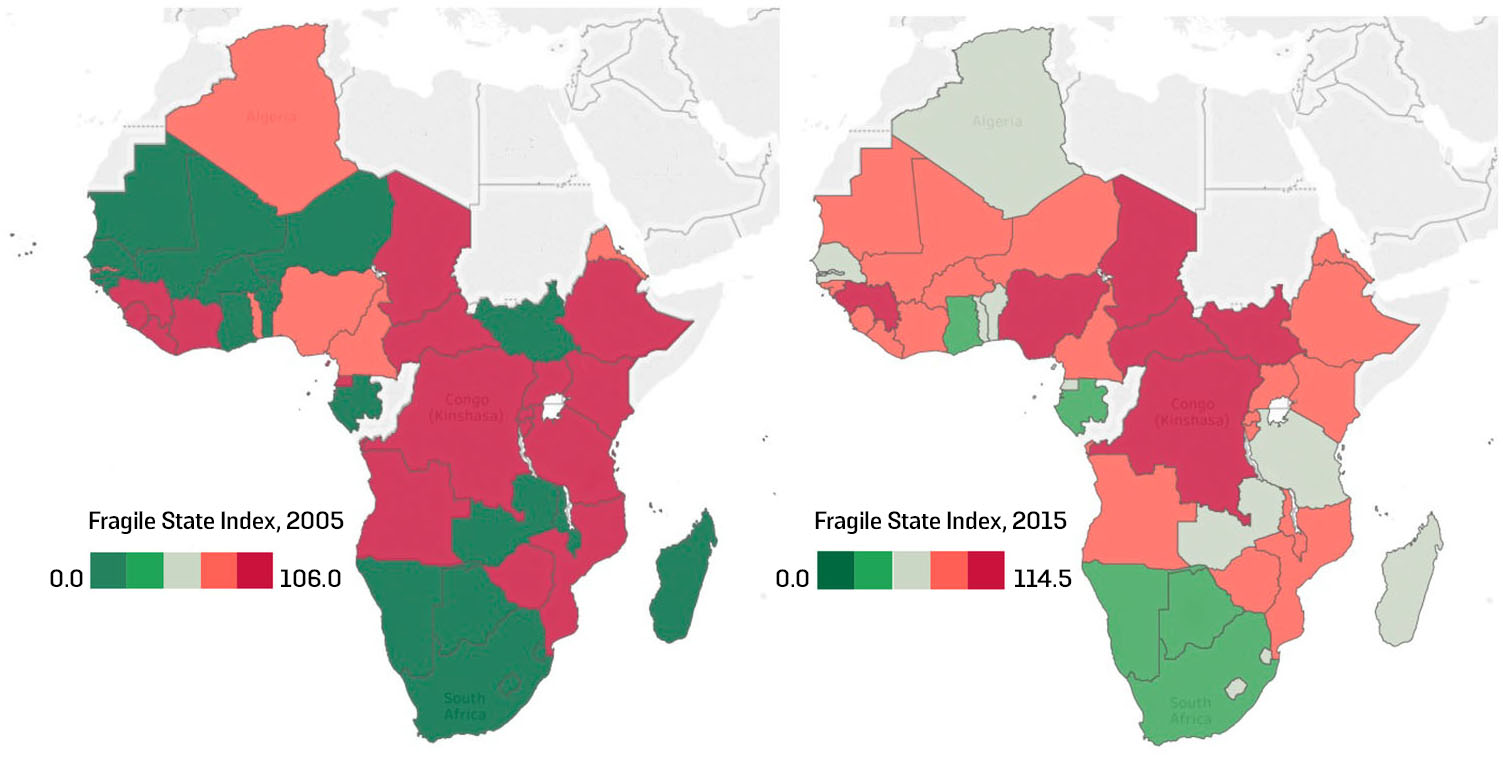 The change in state fragility between 2005–2014 across the WHO Africa region as measured by the Fragile States Index. The index generates information on a nation’s degree of fragility in a given year. Fragility is defined as weak state capacity or legitimacy, whereby a population is vulnerable to shocks ranging from economic disruptions to civil war. The index ranges from 0 to 130; lower values connote greater stability. Source: Fund for Peace. (Global Public Health)

Along with colleagues, we recently published the results of a broad empirical study that asked the following question: Have countries in sub-Saharan Africa become more stable as a direct result of U.S. federal aid dollars? We specifically looked at development assistance for health and analyzed the years from 2005 to 2014, a period that saw the rise of the President’s Emergency Plan for AIDS Relief and a concomitant increase in other financial commitments to global health programs.

Countries that received the highest levels of per capita health aid enjoyed near-immediate results in terms of improved state stability metrics, including higher quality of governance, lower degrees of corruption, enhanced social cohesion, and a more vibrant civil society. Moreover, the results were all the more impressive because the focus countries of health aid were all destabilized by some of the highest levels of global disease burden from HIV and other communicable pathogens.

Our findings suggest that when lower- and lower-middle-income nations facing overwhelming health challenges receive significant support for their health systems, there are immediate benefits for state stability. In other words, giving health aid to countries with the highest rates of HIV, tuberculosis, or malaria, as is the mission of the President’s Emergency Plan for AIDS Relief, not only saves lives but also appears to facilitate the rise of more peaceful societies.

This link between health aid and peace underpins the concept of “strategic health diplomacy,” which has gained greater currency in the past decade since the roll out of the presidential AIDS program. Former Sens. Bill Frist (R-Tenn.) and Tom Daschle (D-S.D.) have long championed the doctrine as a bipartisan, effective, and efficient approach to enhancing global security. In a 2015 white paper, they showed how indices of economic growth and human development improved at higher rates among countries that were recipients of the relief program than in nations that did not receive such aid. 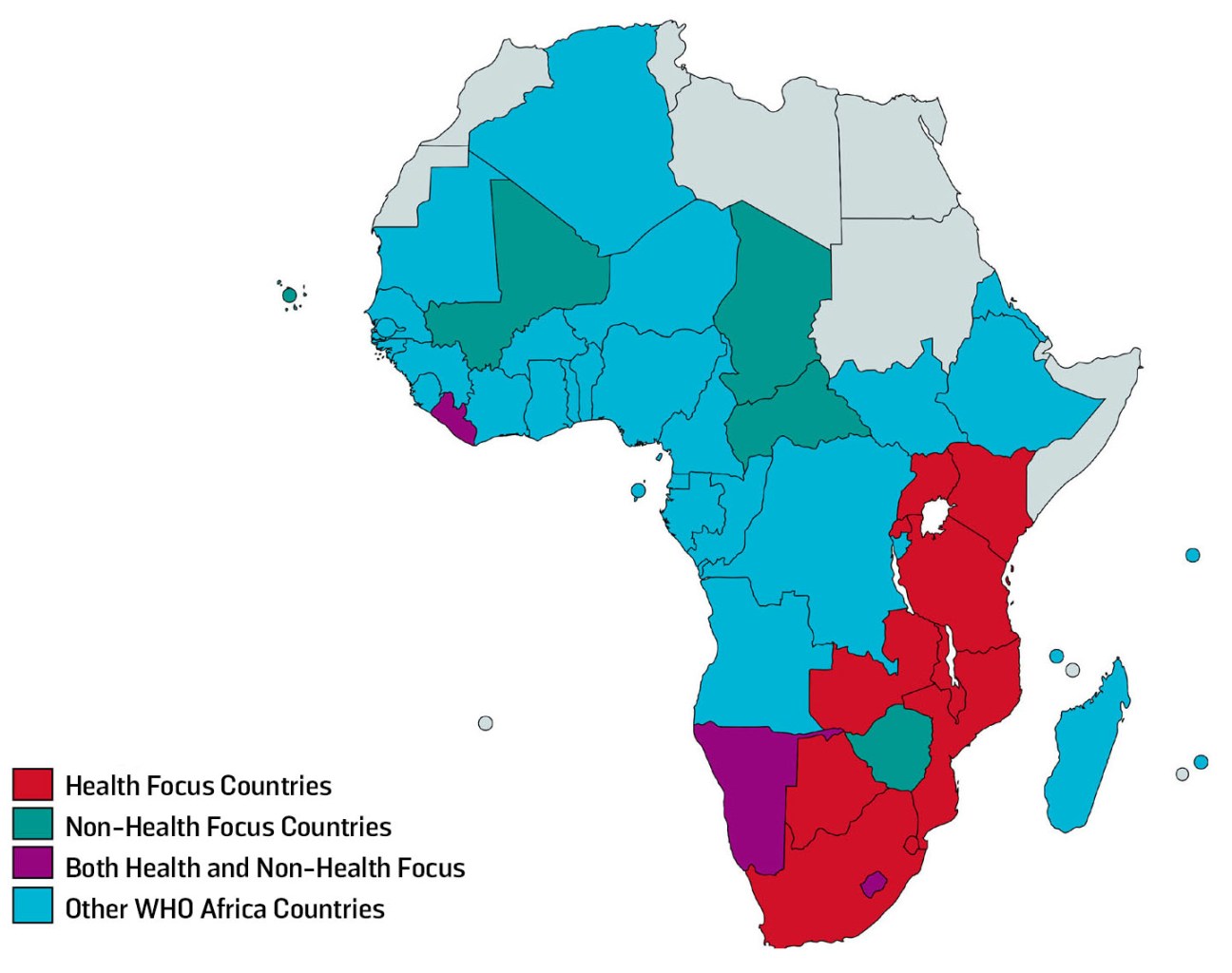 Collectively, these studies underscore the argument that health aid can serve both strategic and humanitarian purposes. Sadly, the debate on the value of foreign aid remains another tug of war between populists and globalists. Unfortunately, foreign spending has become an easy political target in many countries at a time when economic inequality is increasing. Even though the United States ranks 20th among the 28 richest economies in terms of relative aid spending, earmarking just 0.17 percent of gross national income for foreign development assistance as of 2015, populist politicians don’t hesitate to target it as misdirected spending.

The reality is that there is not a domestic versus international trade-off. Investment in health and development abroad has clear security benefits for Americans at home. In another empirical analysis we also recently completed, we observed over the period from 2008 to 2014 that nations that posed a greater threat to U.S. national security interests received less health aid dollars annually than those posing a lesser threat. Unsurprisingly, these high-threat nations are often instead the focus of non-health development aid efforts, including military assistance and programs designed to support stronger civil society institutions. While these are important aspects of a holistic aid portfolio, our studies suggest that policymakers should at the very least consider expanding the scope of health aid to countries that pose a higher security threat; such assistance may, in fact, facilitate other peace and stability efforts already underway.

As the Trump administration cuts foreign aid, hollows out the State Department, and reverses a long history of global engagement, policymakers must not forget the importance of reaching outward. There is now hard evidence that foreign assistance, especially in health, is precisely the type of investment that any administration should increase if it is seeking cost-effectiveness. To do otherwise would be myopic and is not in the United States’ long-term national security interests.

Vin Gupta, an assistant professor at the Institute for Health Metrics and Evaluation at the University of Washington and a fellow at the Center for Global Development, also serves as a physician and officer in the U.S. Air Force Medical Corps, where he focuses on the Pentagon’s global health engagement activities. Twitter: @VinGuptaMD

How to Aid Syria Without Aiding Assad

U.N. agencies have submitted themselves to government control and approval. Donors must demand higher humanitarian standards or send their money through other channels.

To Save Its Democracy, the United States Needs a Dose of Its Own Medicine

Americans have long worked abroad to promote democratic practices and institutions. Now, more than ever, those lessons must be applied at home.

International relations scholars examine how the United States is seen on a global stage—and share who they would vote for in a presidential election.