Inside the Cutthroat World of Billion-Dollar Military Supply Contracts

A U.S. military vendor created a “ghost structure” to do business with Iran, yet the dollars keep rolling in.

The U.S. Government Accountability Office is expected to rule soon on a disputed contract worth more than a billion dollars to supply food to American forces in the Middle East.

The big-dollar decision will mark the most recent twist in a battle over giant U.S. military logistics deals dating back nearly a decade, and includes allegations of sanctions busting, corruption, and fraud. The ruling could also prove troublesome for the Defense Department, which for years has faced criticism over its contracts with Gulf-owned logistics companies the military has used to feed deployed troops.

The latest controversy involves a contract from January of this year, when the Pentagon’s Defense Logistics Agency awarded $1.38 billion for food supplies to a subsidiary of the behemoth Kuwait and Gulf Link Transport, or KGL, long a logistics linchpin for American forces in the region. Yet the award came just weeks after a top KGL lawyer acknowledged to a U.S. court that the firm had years earlier set up a “ghost structure,” i.e., a company that existed in name only, as a go-between for a joint venture it had with a U.S.-sanctioned Iranian partner.

The award was also announced as two of the company’s recently resigned top executives sat in a Kuwaiti jail. On Sunday, those two executives, Saed Dashti and Marsha Lazareva, were sentenced in a Kuwaiti court to 15 and 10 years in prison, respectively.

The contract has also attracted congressional attention. Shortly after the January award, Marco Rubio, the Republican senator from Florida, called on the Office of Inspector General at the Defense Department to investigate wide-ranging aspects of KGL’s business. A copy of Rubio’s letter was obtained by the Project On Government Oversight.

In the cutthroat competition to win lucrative U.S. government business, KGL and its rivals sometimes operate on the edge of the law. But as America considers further sanctions against Iran and termination of the Obama-era nuclear pact, KGL’s recent acknowledgements in testimony point to deeper problems with U.S. military contractors in the Middle East and have heightened concern in Congress.

The recent Iranian revelation isn’t the first time KGL has been caught up in controversy. All told, reports of KGL’s illicit ties to Iran go back years and set off a multiyear investigation by the FBI and the Pentagon’s Defense Criminal Investigative Service. That joint probe appears to date back at least to 2011.

Neither agency has issued any public statement concerning the outcome or whether it remains ongoing.

The allegations revolve around KGL’s relationship with the Islamic Republic of Iran Shipping Lines, known as IRISL, and affiliates, such as Valfajr, which were hit with U.S. sanctions in September 2008 for aiding Tehran’s nuclear weapons and missile programs.

In response to questions about its Iran ties from the Pentagon, members of Congress, and a sanctions watchdog group, KGL said the allegations were part of a smear campaign and publicly declared that it had severed all business links to sanctioned entities.

IRISL and its subsidiaries remained sanctioned until March 2016, when the restrictions were lifted as part of the U.S.-Iran nuclear deal.

But KGL has continued to face questions, as in May 2016, when Fuad Dashti — a significant KGL shareholder and brother of its chairman — was arrested at San Francisco International Airport and charged with trying to transfer airplane parts to Iran. When he was brought to Washington for FBI interrogation, the U.S. government quietly allowed him to slip out of the country in the waning days of the Obama administration.

The Justice Department never publicly commented on the case, and a KGL lawyer said at the time that Dashti’s alleged conduct was unrelated to company business.

Last year, KGL also ran afoul of authorities in Kuwait, which “blacklisted” the firm from using port or warehouse facilities that could be critical to carrying out U.S. military contracts. KGL is contesting the move and seeking reinstatement.

The blacklisting accompanied criminal charges against top KGL officials relating to fraud, embezzlement of government funds, the submission of false invoices, destruction of documents, and other crimes. The charges led Saed Dashti, the chairman and key member of KGL’s controlling family, to step down, although he remains a large shareholder.

Allegations of KGL’s past business with sanctioned Iranian entities recently got a new lease on life, according to previously unreported court documents obtained by the Project On Government Oversight.

In December 2017, KGL’s top lawyer — listed as Ahmed Afify Mahoud in court records — testified as part of a long-running defamation case in Pennsylvania between KGL and one of its rivals, Agility Defense & Government Services. (Agility was blocked from winning new U.S. federal contracts from 2009 until spring 2017, when criminal and civil fraud charges were resolved.)

The KGL lawyer agreed, in response to questioning by Agility’s attorneys in the December deposition, that KGL had set up a “ghost structure.” When asked about the purpose of the “ghost structure,” the KGL lawyer affirmed that it was to create an intermediary that would relay communications to KGL’s IRISL-affiliated joint venture partner, which fell under U.S. sanctions at the time.

KGL had previously reported ending one joint venture with Iran, but it apparently did not disclose the functioning of another. Indeed, KGL’s lawyer agreed under questioning that the business continued to operate as a joint venture until at least April 2011 — well after sanctions had been imposed and its business ties with Iran were supposedly gone.

The lawyer also testified that the company, including its onetime chairman, Saed Dashti, were aware of U.S. sanctions and had made a decision to comply fully with them “as soon as possible.” Yet commercial interests delayed termination of the joint company, the lawyer’s testimony says. 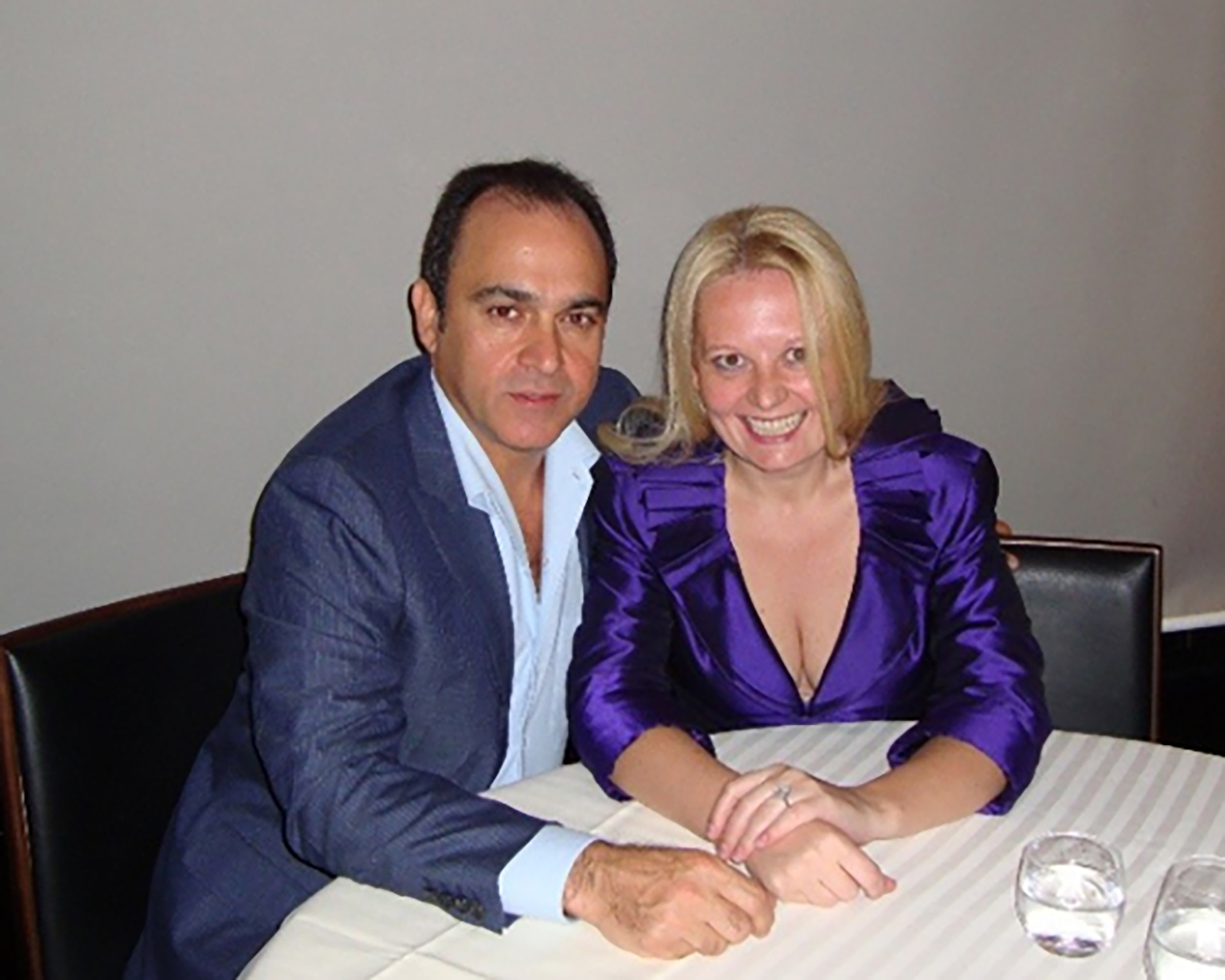 Asked whether KGL’s continued joint operation placed it in violation of U.S. sanctions, the lawyer did not answer directly, saying the matter would have to be decided by a court.

An attorney representing KGL did not reply to written questions for this article concerning the testimony of KGL’s top lawyer.

Even as legal challenges to KGL multiplied, however, the company continued to score lucrative deals. The Pentagon awarded KGL its $1.38 billion food contract in mid-January. The day of the award, KGL’s recently departed chairman and the other executive charged with felonies were still in a Kuwaiti jail awaiting trial. Both insisted upon their innocence.

On Jan. 16, Rubio wrote his letter asking the Pentagon’s top watchdog, the Office of Inspector General, to investigate the company. Rubio, who is a member of the Senate Foreign Relations Committee, has been an advocate of sanctions targeting Iran, Venezuela, North Korea, and other countries.

So far, the Office of Inspector General has not formally replied to Rubio. A spokesman for the office offered no comment.

Rubio’s letter, which cites the Project on Government Oversight’s earlier reporting, asks the inspector general to probe whether KGL or its affiliates “have violated any U.S. sanctions imposed on the country of Iran,” referencing “other allegations” associated with senior KGL executives, including deals with Iran.

Despite those concerns, on Feb. 28, KGL won another large contract, worth $550 million, this time for transportation services. At that point, Dashti and the second executive, Russian national Marsha Lazareva, had made bail set at roughly $10 million apiece.

Kuwait’s blacklisting of KGL and the crimes of its two executives have also become the focus of a formal protest by a competitor against the award of the huge January food contract, according to unreported documents obtained by the Project On Government Oversight.

KGL’s competitor Anham, another big logistics firm that has faced its own allegations concerning ties to Iran, is formally protesting the contract. Anham’s protest alleges that KGL failed to disclose criminal charges leveled against its two executives. As recently as February, KGL filed an official U.S. “certification,” checking a box telling the U.S. military in writing that none of its principals had been charged with or convicted of crimes in the last three years including “embezzlement, theft, forgery, falsification or destruction of records.”

Anham also alleges that KGL should have disclosed that the Kuwaiti government blacklisted the firm, which could block it from carrying out work called for in the contract.

A Washington lawyer retained by KGL declined to comment on the bid protest.

In response to concerns that KGL will be unable to execute its contractual obligations, Defense Logistics Agency spokesman Patrick Mackin wrote in an email that KGL’s proposal for the food contract was evaluated based on price, technical capability, and past performance. The agency selected KGL as the winner because it represents the “best value to the government,” he wrote.

Despite KGL’s blacklisting, Mackin said the logistics agency continues to rely on KGL’s assurances that it “maintains the capability to fully perform the requirements of the contract.”

Mackin noted that regulations require awards to go only to companies deemed “responsible,” a term covering integrity, business ethics, and other criteria. “DLA determined [the KGL subsidiary] to be a responsible contractor prior to the award of the contract,” he said.

The logistics agency was aware of criminal allegations involving the parent company and some of its executives, he said, and the agency had “duly considered that information as part of its responsibility determination.”

This article was reported by the Project On Government Oversight (POGO), a nonpartisan watchdog group in Washington, D.C.