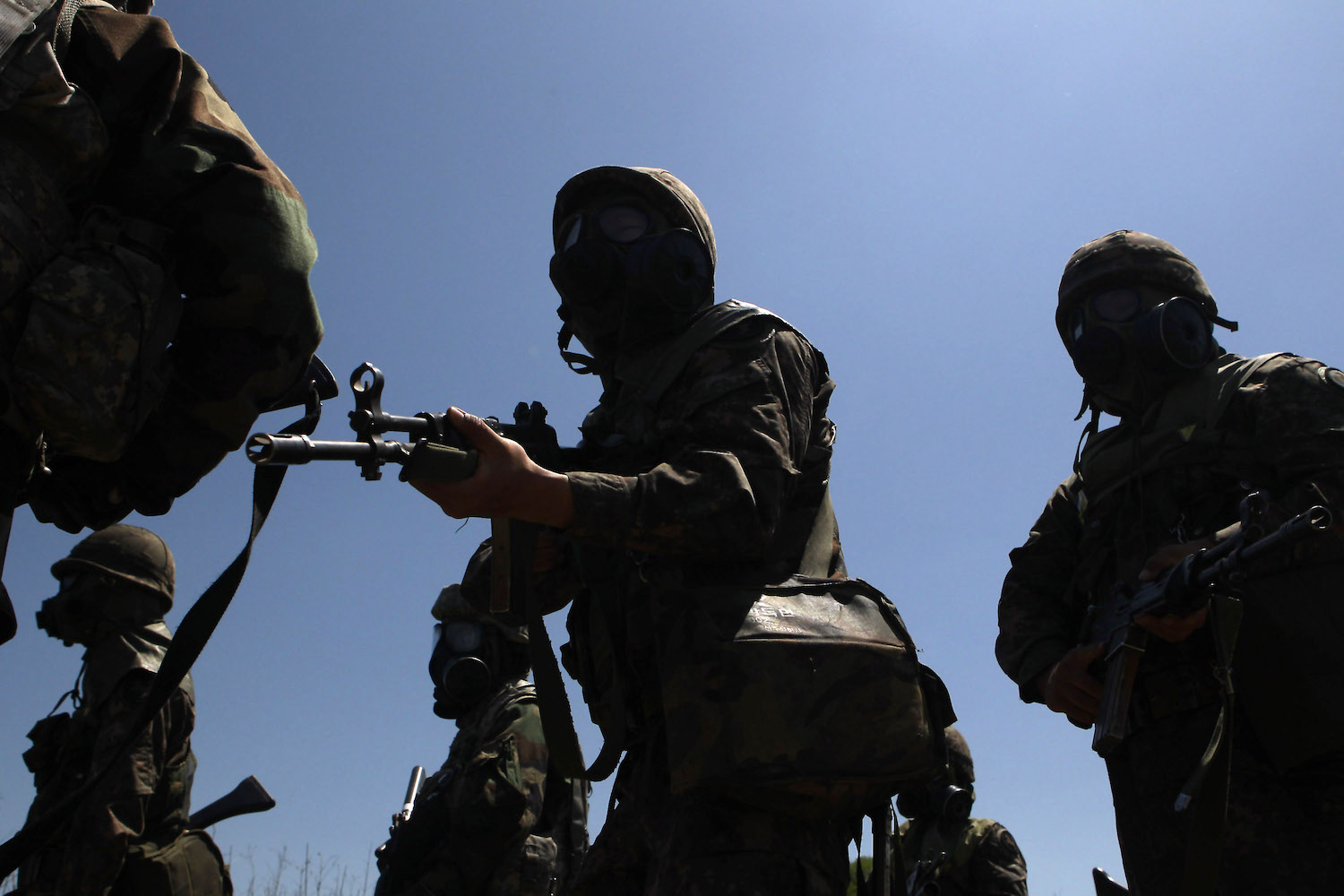 Nukes Aren’t the End of North Korea’s Arsenal: A promise of denuclearization would be a genuinely important step forward. But that’s not the only threat North Korea poses — and if Trump really cares about the big picture, he needs to remember that. by Troy Stangarone 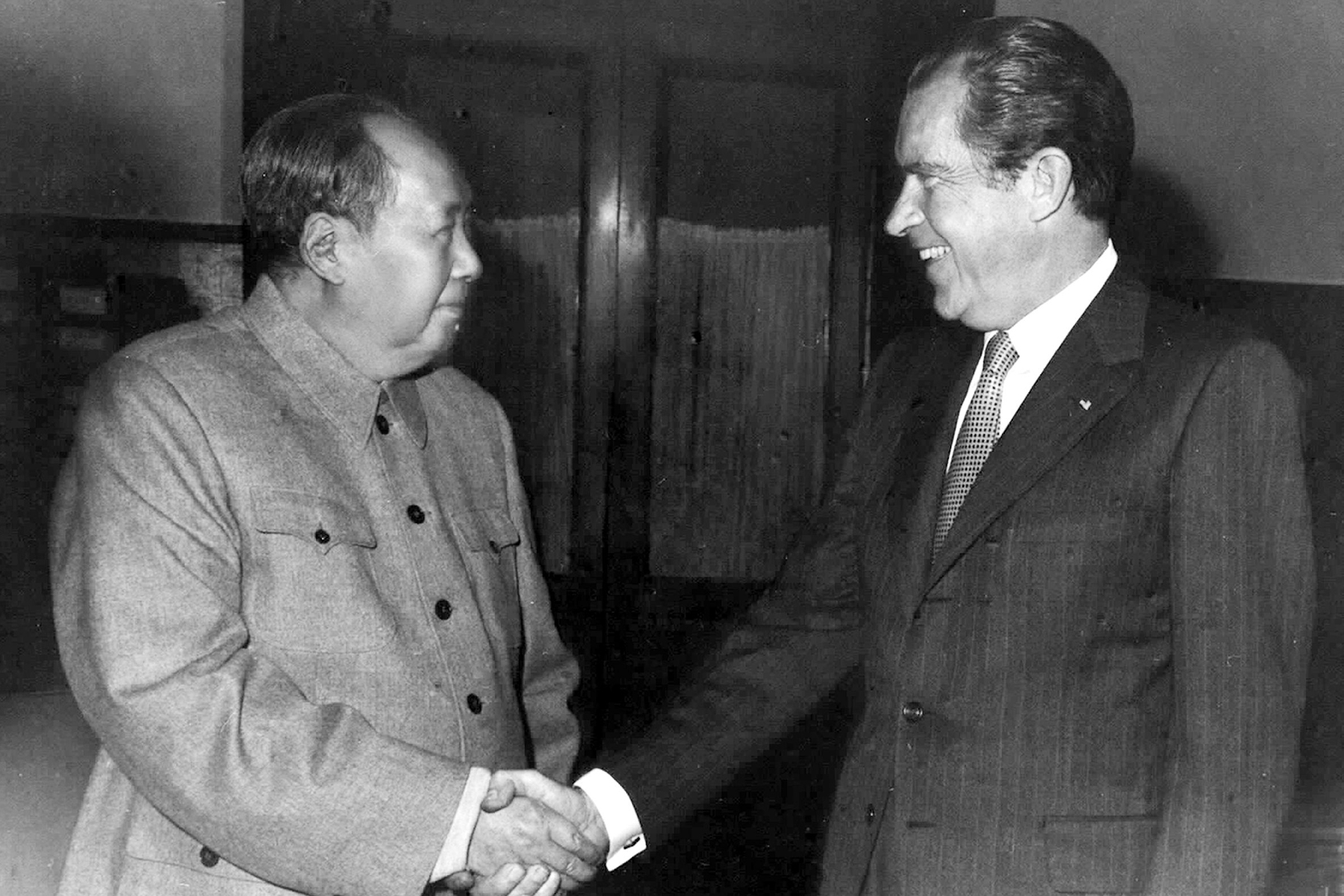 Some Summits Soar, Some Plunge: Nixon and Reagan managed to negotiate with Mao and Gorbachev because they had personal chemistry, common goals, and control of their domestic politics. by Bruce W. Jentleson 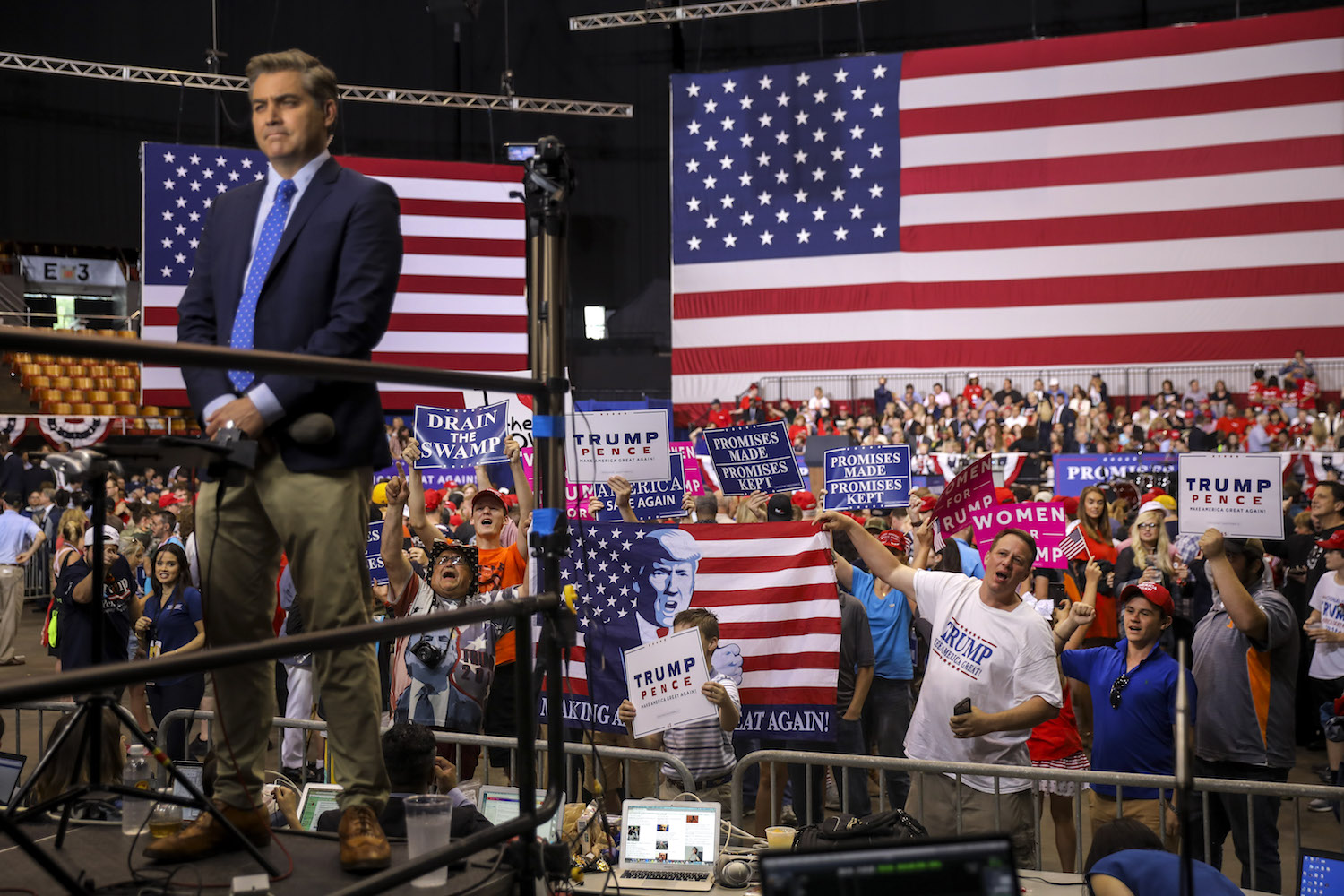 Supporters of President Donald Trump shout toward members of the press before the start of a rally at the Nashville Municipal Auditorium. (Drew Angerer/Getty Images)

The Trump-Kim Summit Is WrestleMania for Pundits: The summit between President Donald Trump and North Korean leader Kim Jong Un on June 12 in Singapore is nothing but kayfabe for news junkies, politicos, and policy pundits. by Van Jackson 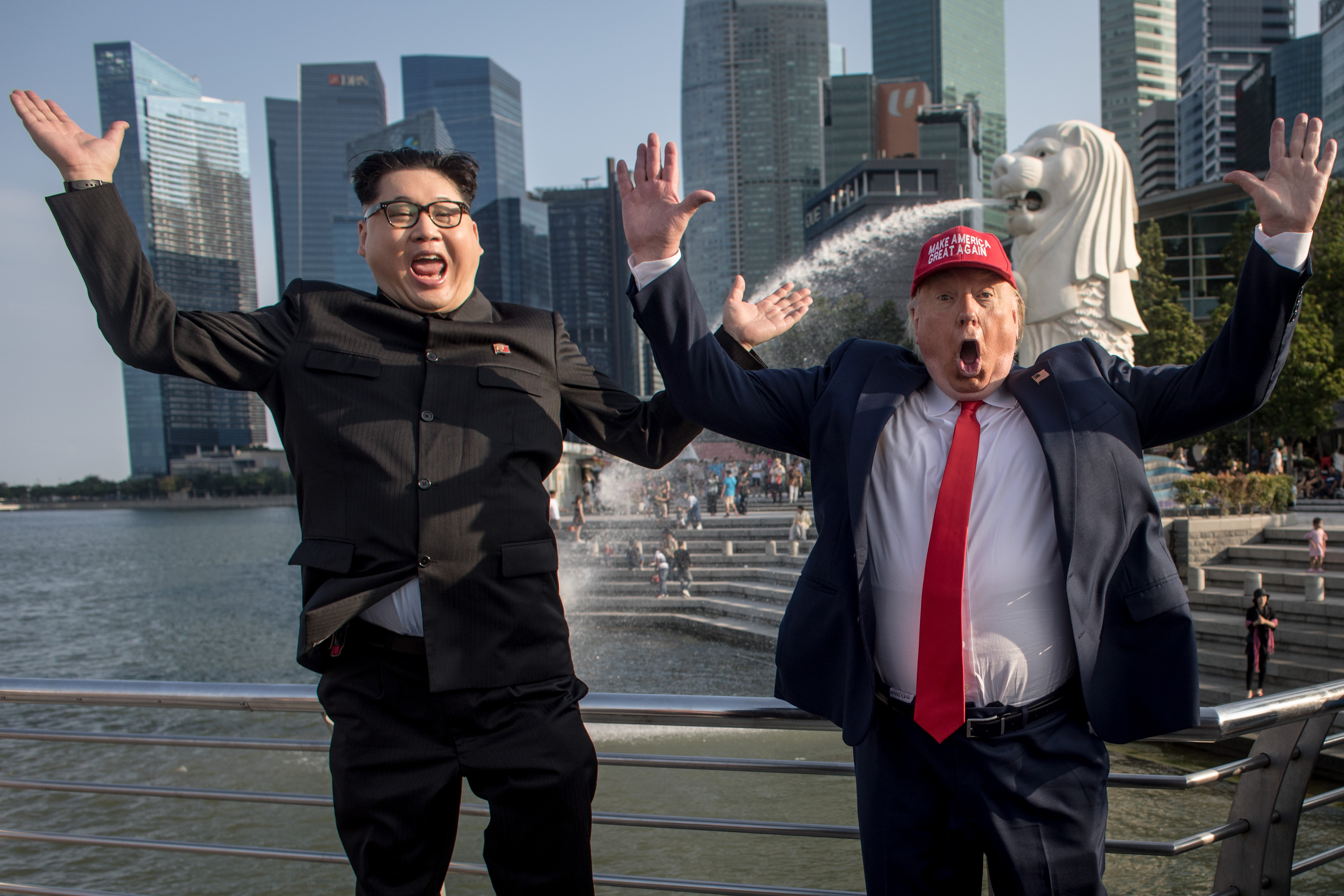 The Photo-Op Summit: America isn’t going to achieve any of its stated objectives by meeting with North Korea in Singapore. And that’s okay. by Jeffrey Lewis 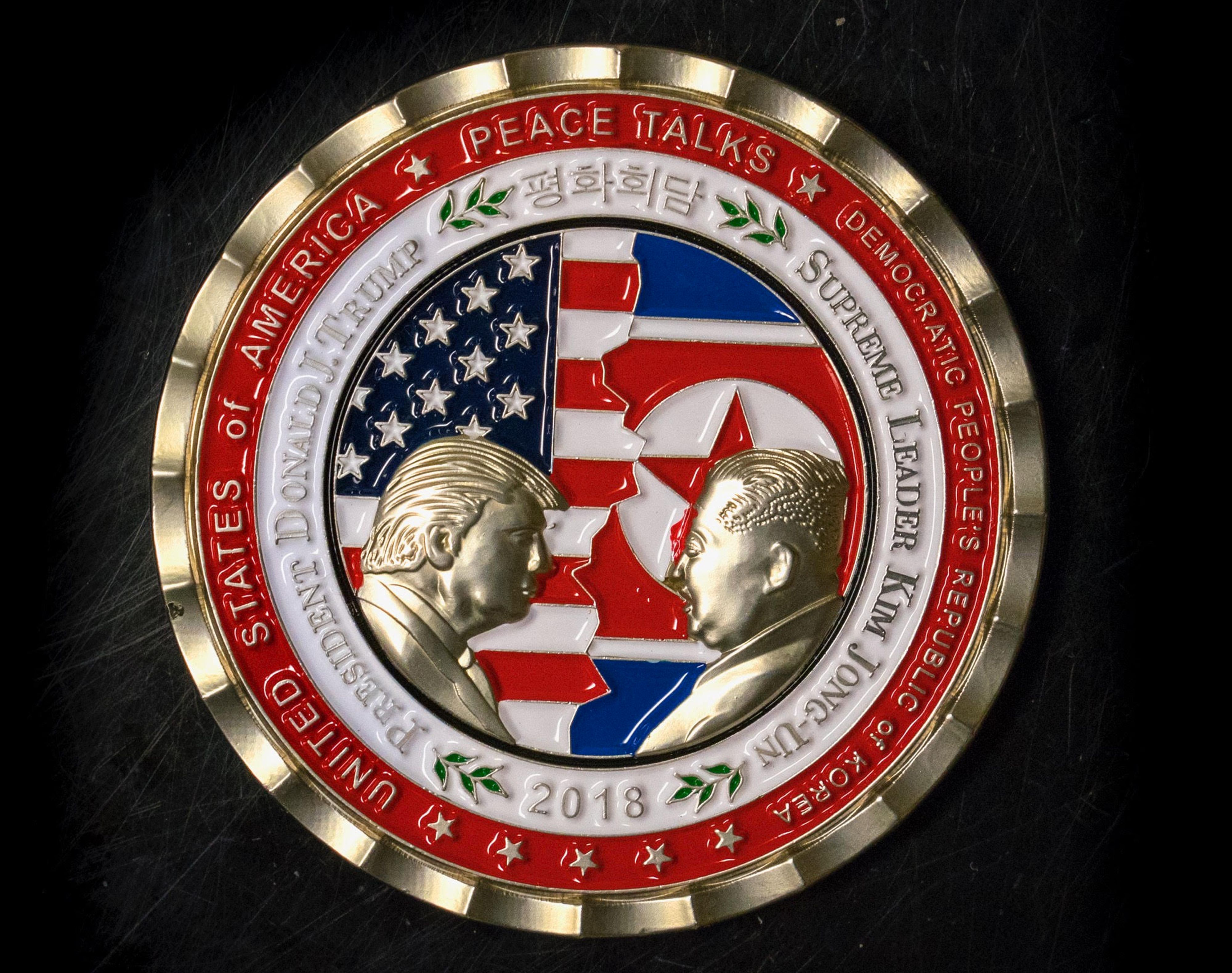 A coin for the upcoming US-North Korea summit is seen in Washington, DC, on May 21, 2018. (STR/AFP/Getty Images)

How North Korea Can Strike It Rich: There’s nothing to stop North Korea — sharing similar geography and human capital — from following in the footsteps of South Korea and other countries in the region. The question is, how? by Stephen Haggard 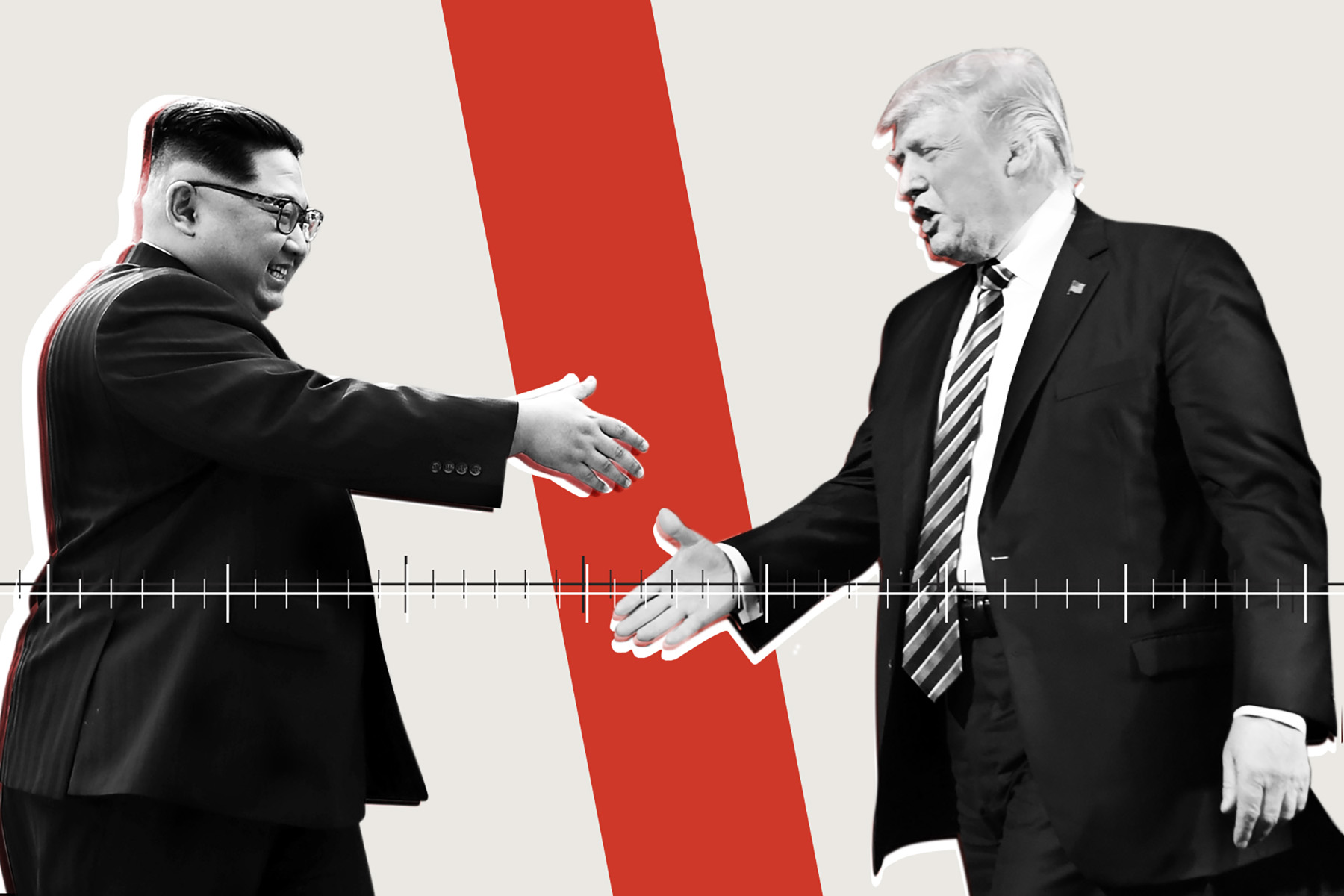 The Twisted Timeline of Donald Trump and Kim Jong Un: How “Little Rocket Man” and the “deranged dotard” trod a path from insults to handshakes. In this timeline, Foreign Policy traces thecourse of missiles, insults, and sudden reversals that has led to this week’s historic summit in Singapore. by FP’s Amy Mackinnon, Amy Cheng, and Humza Jilani 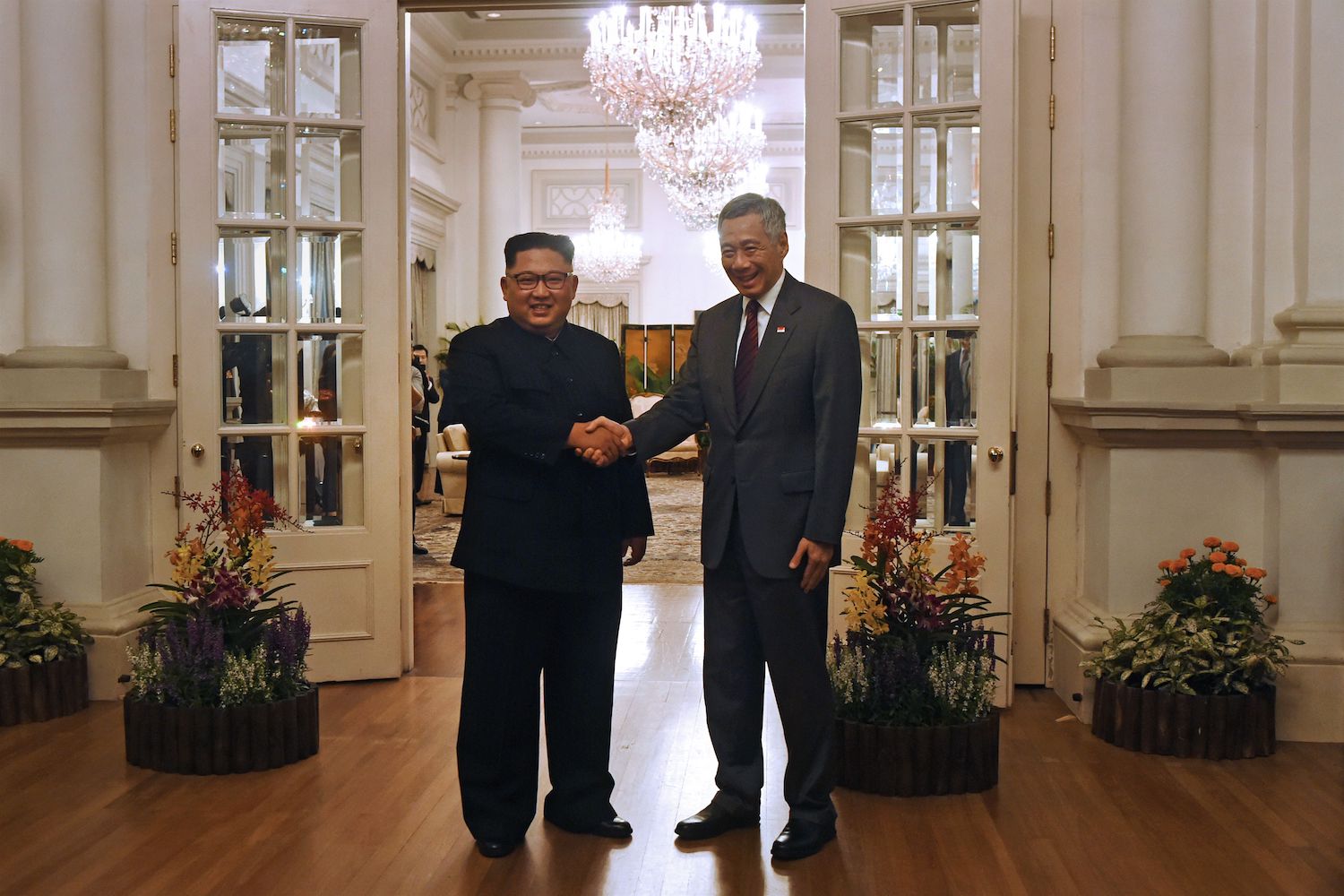 Here’s How the Trump-Kim Summit Could Play Out: No one knows for sure what will happen in Singapore. These are some of the possibilities. by Shadow Government’s Jon Wolfsthal 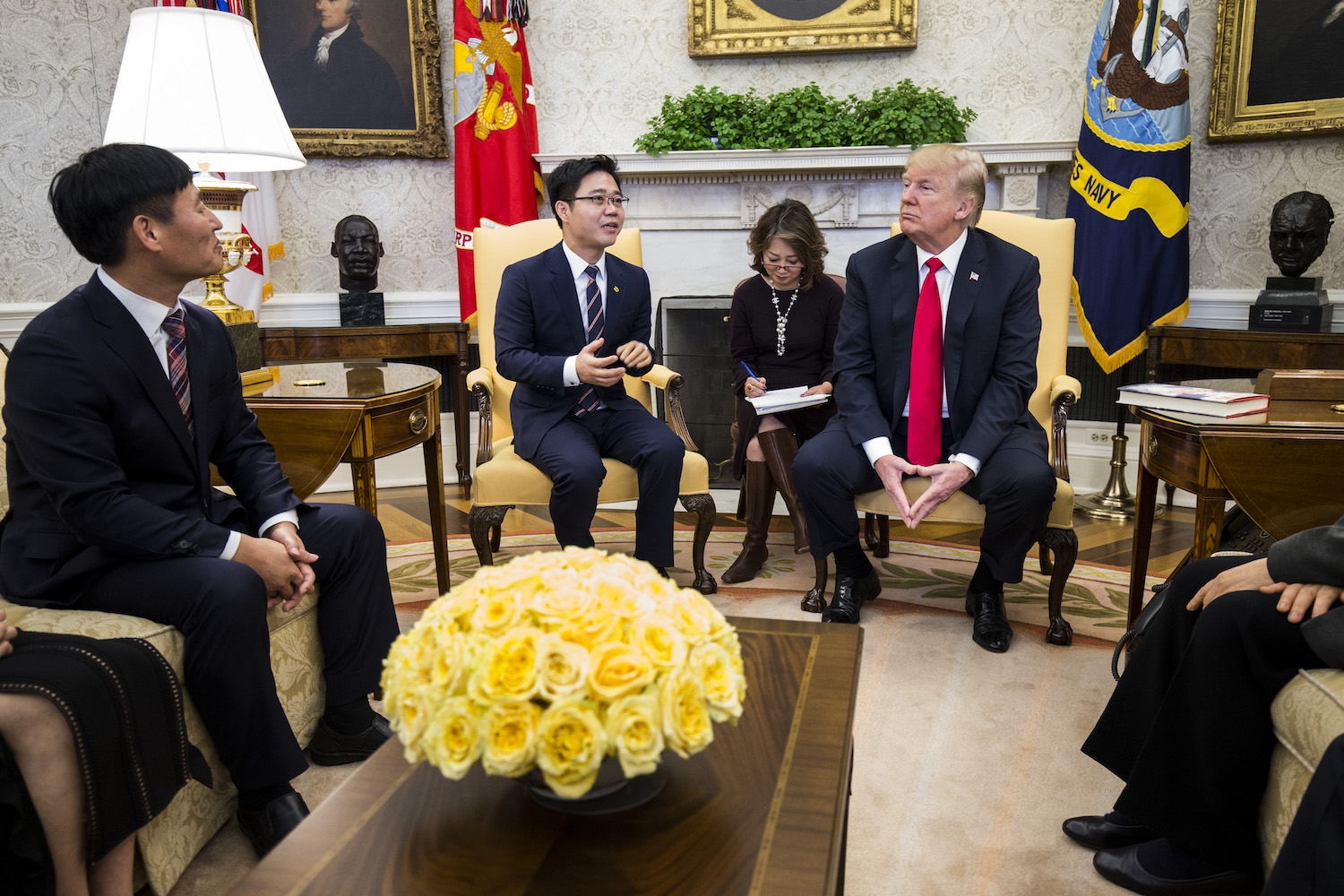 North Korea Is a Human Rights Disaster. Trump Shouldn’t Turn a Blind Eye: The United States has a moral responsibility and pragmatic imperative to keep rights violations on the table at the Singapore summit. by Elephants in the Room’s Nicole Bibbins Sedaca 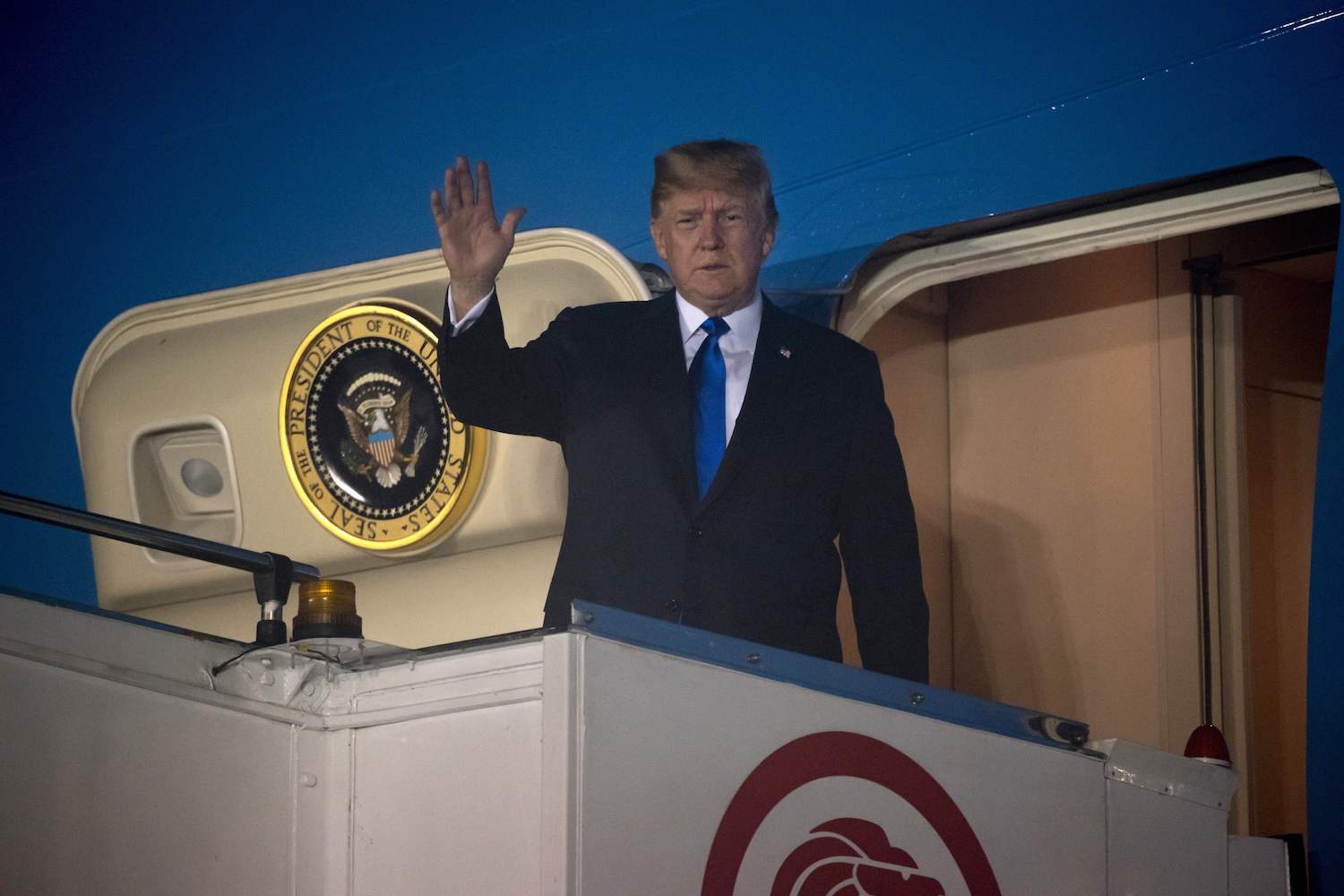 U.S. President Donald Trump waves from the door of Air Force One upon arrival in Singapore on June 10. (Saul Loeb/AFP/Getty Images)

This Is What North Korea Sanctions Relief Should Look Like: If North Korea agrees to denuclearize, here’s how Trump should go about rolling back sanctions. by Shadow Government’s Peter E. Harrell 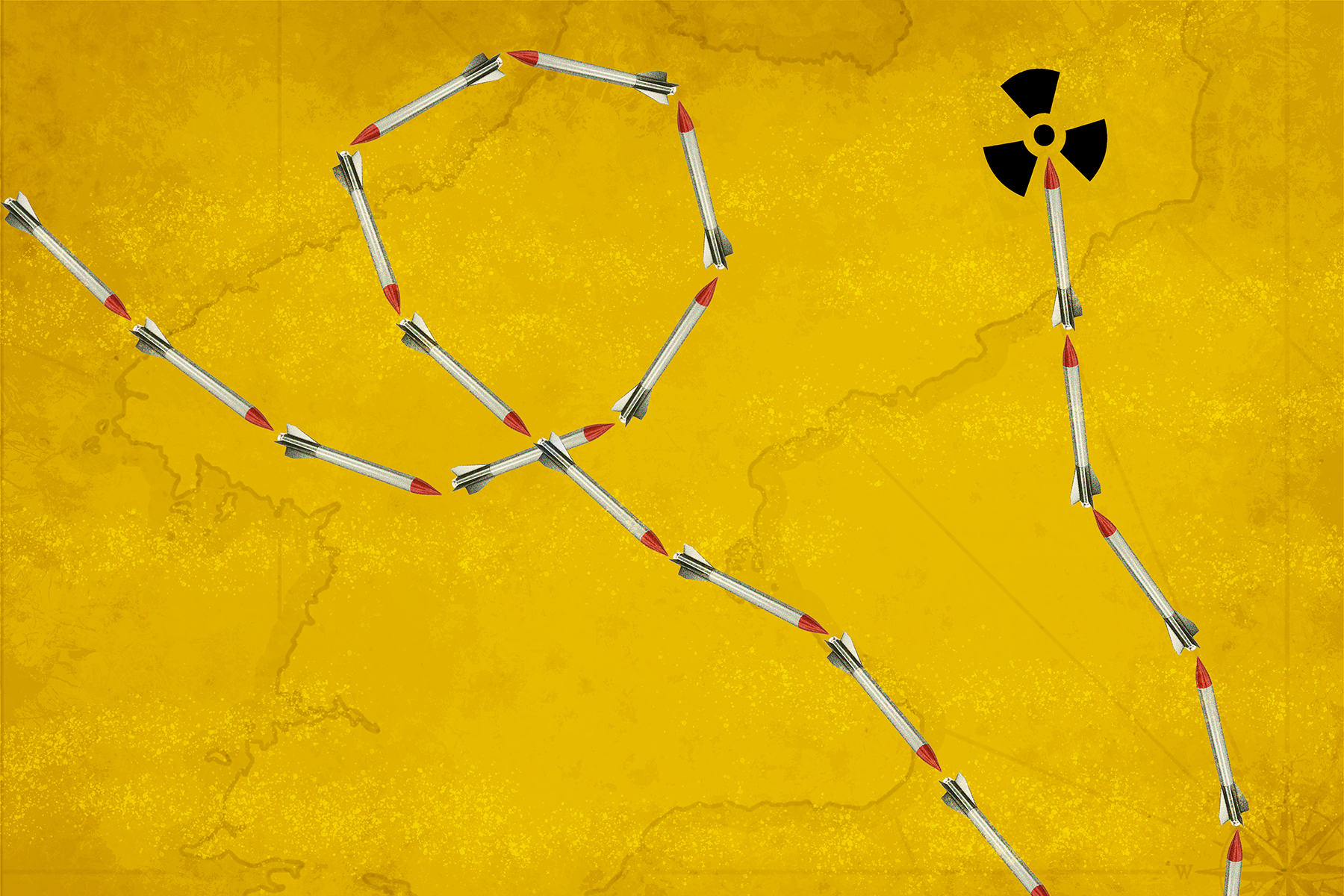 What a Secret Cold War Game of Nuclear Hide-and-Seek Teaches Us About North Korean Verification: This week, as President Donald Trump tries in a dramatic summit in Singapore to persuade North Korean leader Kim Jong Un to give up his country’s nuclear weapons, one of the central questions will be how to make sure the notoriously secretive regime won’t cheat. In the 1960s, the U.S. government faced a similar question as it weighed an arms control agreement with the Soviet Union. The answer, some arms control officials hoped, could be found in Cloud Gap. by FP’s Sharon Weinberger 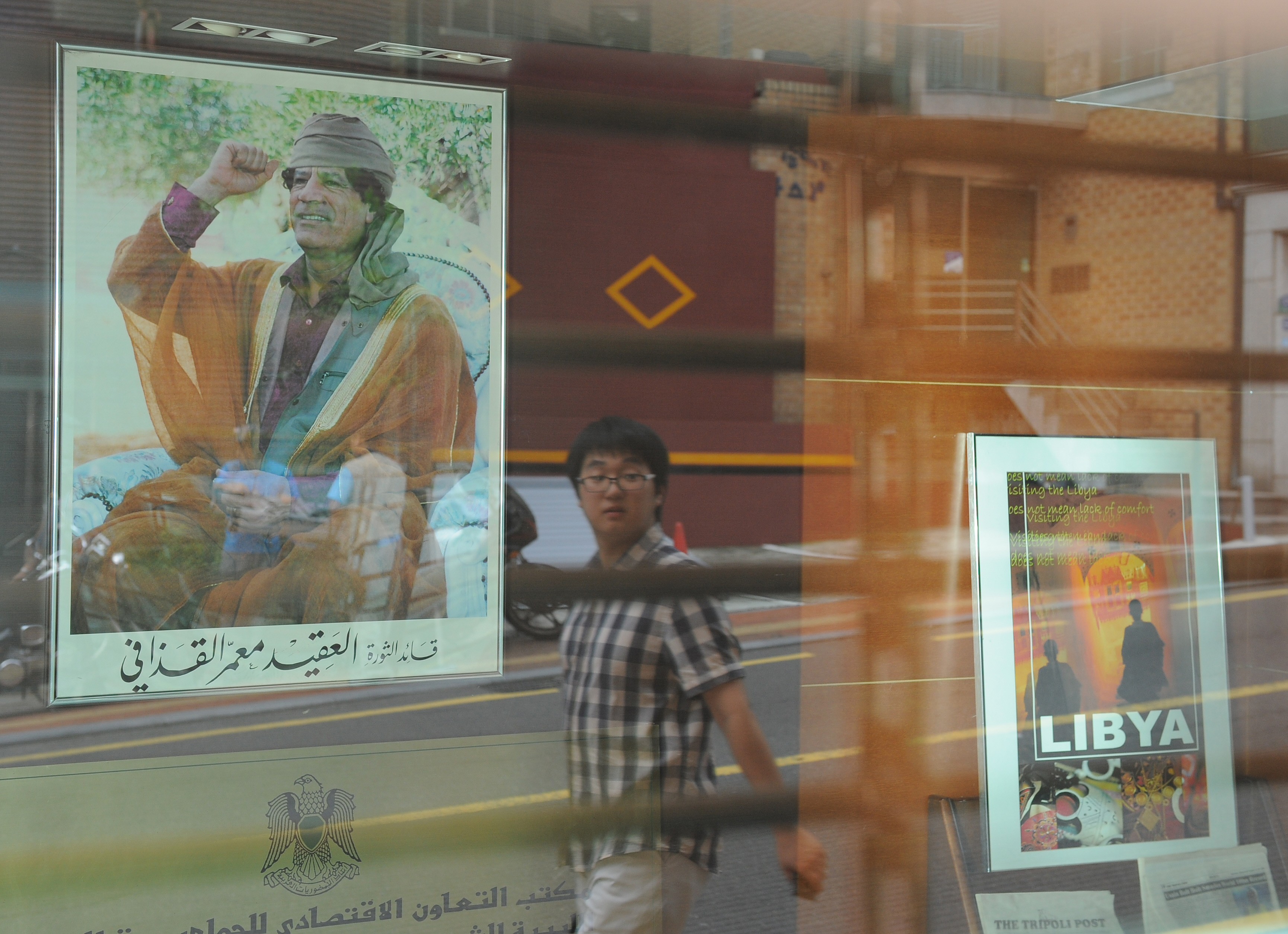 A man is reflected in a glass door as he walks past a portrait of Libyan leader Muammar al-Qaddafi displayed inside the Libyan economic cooperation office in Seoul on July 28, 2010. (PARK JI-HWAN/AFP/Getty Images)

Kim Won’t Be Duped Like Qaddafi: Washington’s Libya model for nuclear negotiations is an illustration of why nuclear weapons are necessary. by Doug Bandow 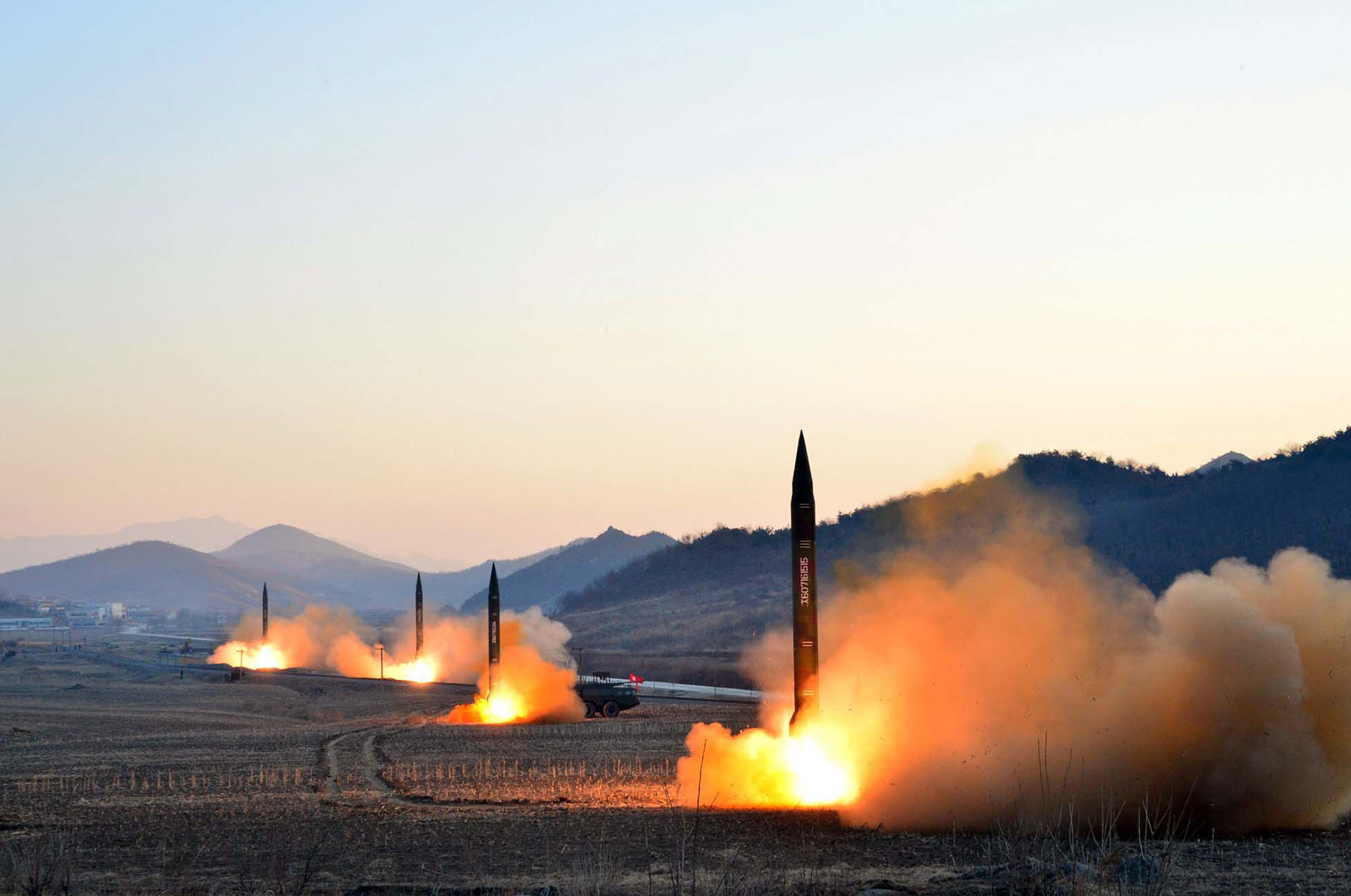 This undated picture released by North Korea's Korean Central News Agency on March 7, 2017, shows the launch of four ballistic missiles by the Korean People's Army during a military drill at an undisclosed location in North Korea. (STR/AFP/Getty Images)

This American Visited North Korea’s Most Sensitive Nuke Sites. What He Saw Blew His Mind: On this episode of FP’s The E.R.: Few Americans have ever been to North Korea. Even fewer have been inside one of the country’s nuclear weapons facilities. Siegfried Hecker, a professor at Stanford University and a former head of the Los Alamos National Laboratory, made his first private visit in 2004 and went back again and again. 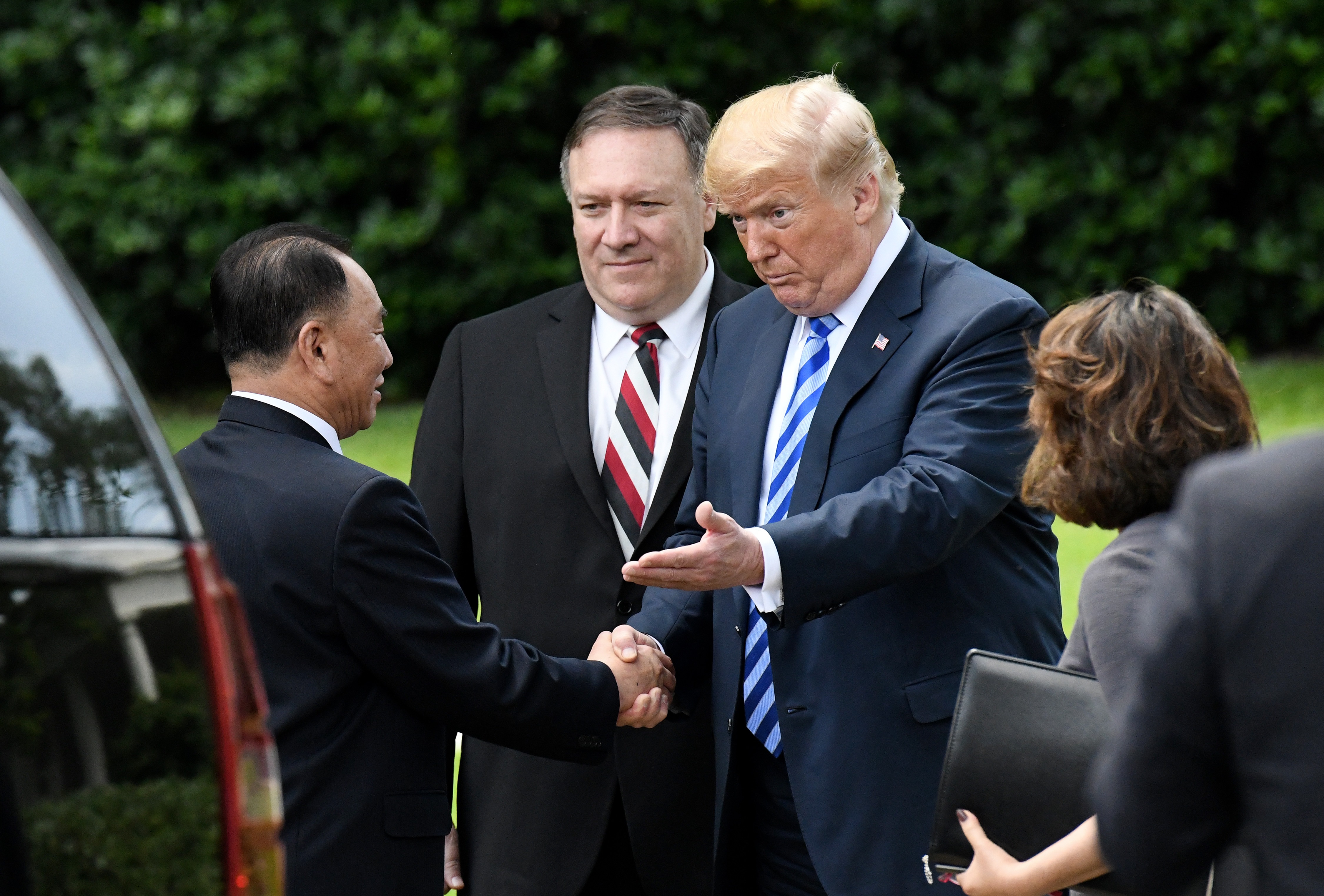 Meeting With North Korea Is a Win for America: It’s good for the United States to talk with its enemies, even if no deal is in the offing. by Micah Zenko