The Countries Where F-35 Sales Are Taking Off

Since the first F-35 rolled off Lockheed Martin’s production line in 2006, the fifth-generation multirole stealth fighter has taken the world by storm. U.S. F-35s deployed to Europe and the Pacific in 2017, and Israel has reportedly already used its jets in combat in the Middle East. Soon, the Arab world might get its first F-35 — the United Arab Emirates is in talks with the United States about buying the aircraft. To date, the program’s reach has expanded to 12 nations around the globe, and all signs point to the F-35 continuing to dominate the Western fighter market for decades to come. But tensions between historically close NATO allies could threaten the fate of one partner nation’s F-35 fleet: Turkey.

Here’s the breakdown of the global F-35 fleet. 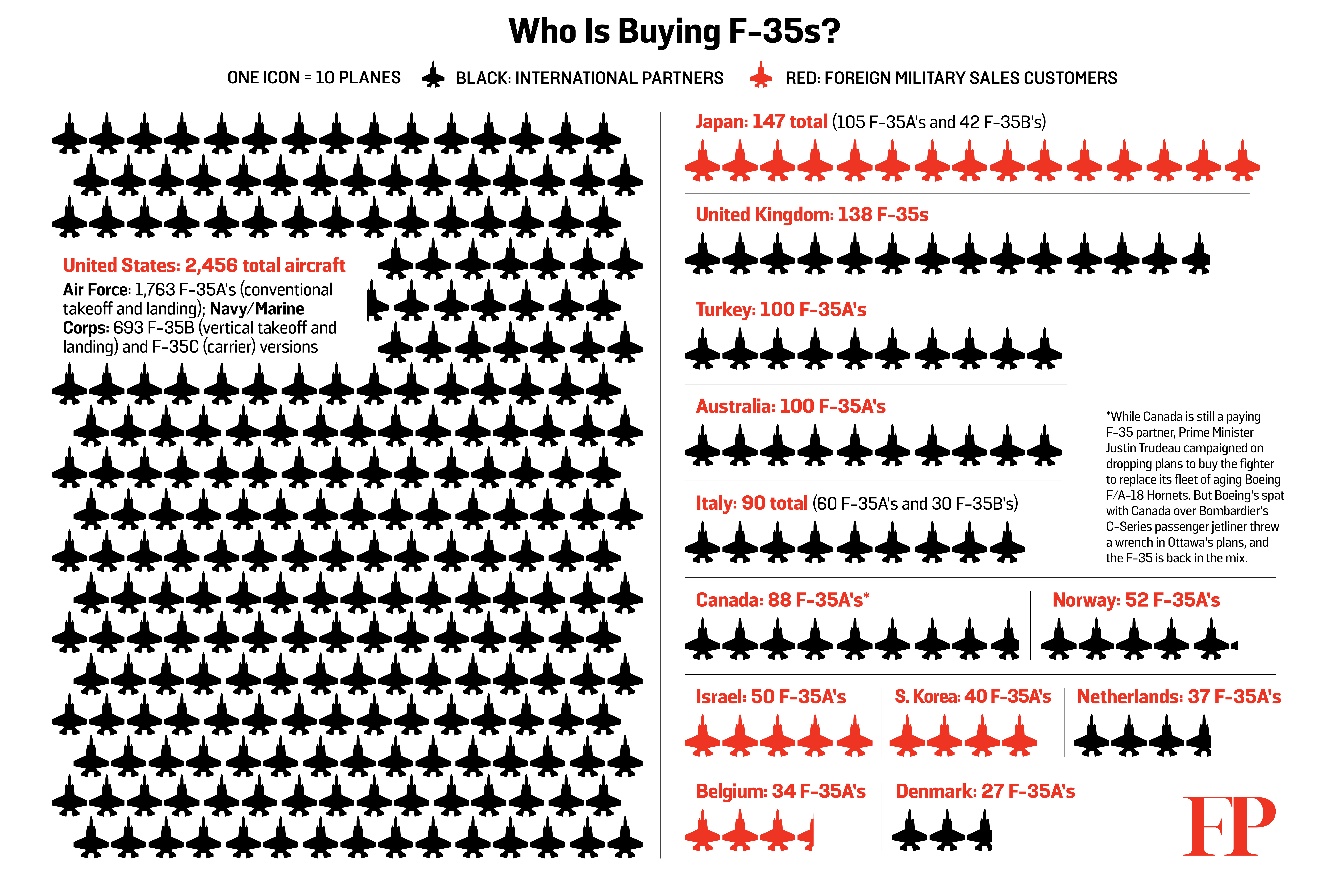