All bureaucracies produce mountains of paperwork, and Mao Zedong’s sprawling authoritarian regime in China was certainly no exception. To process it all, the country needed a very special typewriter: the Double Pigeon. Under Mao, the Double Pigeon, known for its signature pale green color, was the preferred model among ordinary Chinese functionaries, Communist Party cadres, universities, banks, and police stations. But look closely and you’ll see that the Double Pigeon was no Remington knockoff. For starters, it lacked a keyboard. Instead, the machine relied on a rectangular bed containing 2,450 metal cubes (“slugs,” in typesetters’ lingo) — one for each of the most commonly used Chinese characters.

The first Chinese typewriter was invented in the 1890s, and its descendants, like the Double Pigeon, were cutting-edge technology. Products of a combined effort by Chinese and Western engineers and linguists, they represented a solution to a seemingly impossible puzzle: how to fit a nonalphabetic script — one that uses thousands of characters for even routine texts — onto a user-friendly piece of desktop machinery. “User-friendly” was relative: Typists had to move a mechanical arm by hand to the top of each desired slug and then press a type lever. Doing so caused the machine to lift the slug into a type chamber, which then swung up rapidly and struck the paper, before falling back and returning the slug back to its original location as the typist moved on.

At first, this process meant even skilled typists could produce only around 20 characters per minute (compared with speeds of up to 100 words per minute achieved on manual Western typewriters). And achieving even that speed required Chinese trainees to laboriously study — if not memorize — the locations of all those Chinese characters. Typing lessons focused on repetitive drills to imprint muscle memory, beginning with common two-character Chinese words. 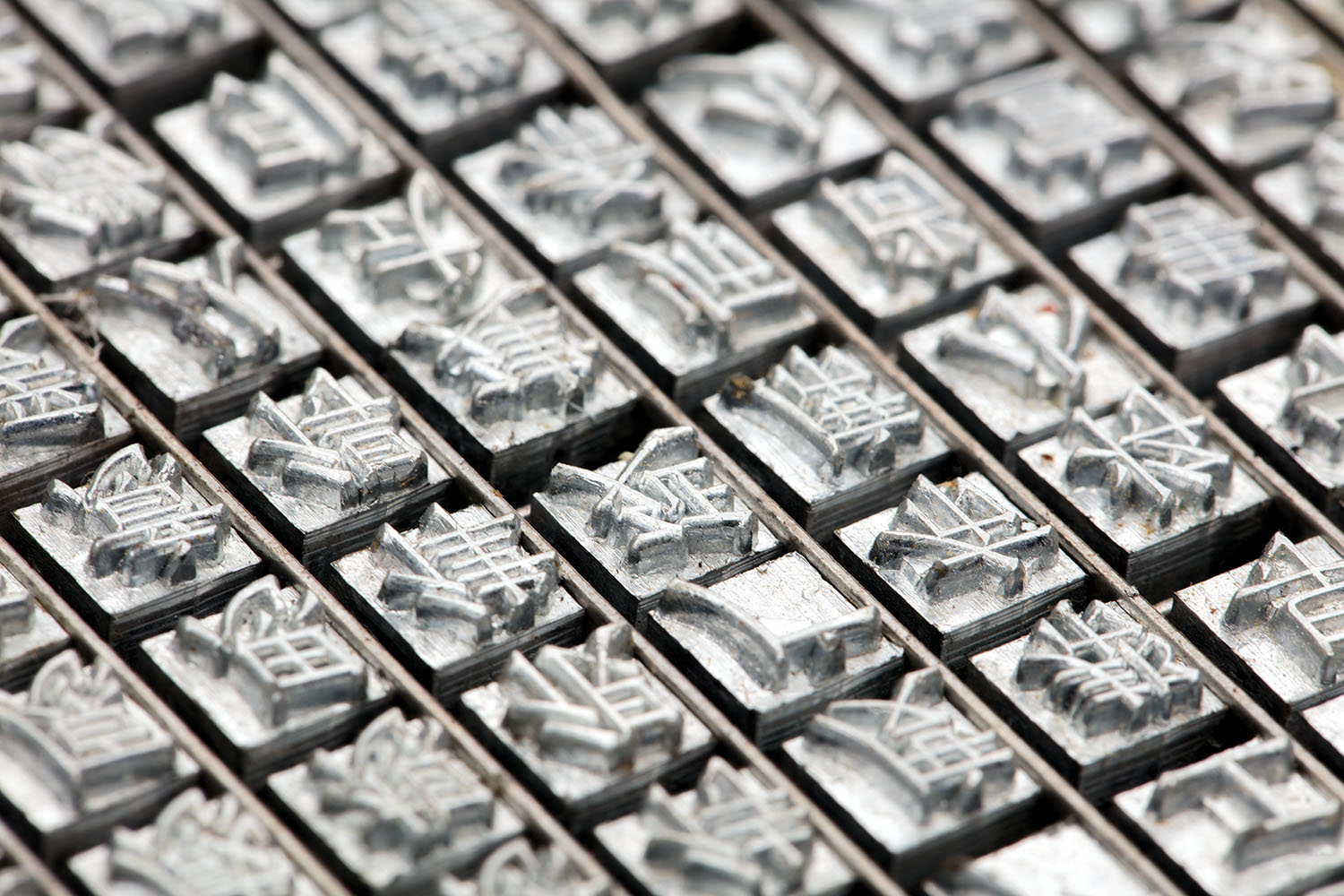 By the 1950s, Chinese typists were shuffling the characters on the Double Pigeon to group together elements of common terms and phrases — a sort of precursor to predictive text. (Courtesy SFO Museum)

During the Double Pigeon’s life span, approaches to using the machine went through several evolutions — the most dramatic of which occurred in the 1950s, when typists across China began to experiment with new ways of organizing the characters on their tray beds. Instead of going by the standard dictionary layout, they rearranged characters to group together the components of commonly used terms and phrases. Originally, for instance, the character mao was far away from ze and dong, making it inconvenient to type out the ever-repeated name of China’s leader. Typists called the new arrangement the lianxiang, or “connected thought,” layout — a concept we know today as predictive text. Thanks to this pioneering work, the most skilled Chinese typists were able to hit speeds of around 80 characters per minute by the 1950s.

The final Chinese typewriter rolled off the assembly line sometime around 1991. The machines were replaced by new technologies, such as word processors and computers. Both the challenges and innovations lived on, however. The predictive text techniques created by typists became the basis of Chinese computing systems as early as the 1970s and gave their name to the world’s second-largest personal computer manufacturer, Lianxiang — or, as the firm prefers to be known in English, Lenovo.