Latin America Has an Open-Door Policy for Venezuelan Refugees

But how long will it last?

President Donald Trump’s hostility to migrants has robbed the U.S. government of the ability to lead the response to the Venezuelan migration crisis. Although the Trump administration has set aside nearly $56 million to support the displaced Venezuelans—including $6 million announced last month—regional governments say the United States lacks the moral authority to lecture about protecting migrants, as the Miami Herald has reported.

As it stands, however, Latin American governments hardly need Washington’s encouragement. Since 2014, as 2 million Venezuelans fled their chaotic homeland, the region has willingly absorbed those displaced by President Nicolás Maduro’s authoritarian regime.

Even as the United States separates migrant children from their parents, commissions prototypes of a border wall, and tightens asylum standards, Latin America has adopted a distinctly productive approach to its own migration challenges. In June, the Organization of American States (OAS) passed a resolution sharply criticizing U.S. migration policy. Meanwhile, countries such as Peru established special visa programs to accommodate Venezuelans.

The difference between the United States and regional approaches is notable given the relative scale of their migration challenges. This year, apprehensions at the U.S. southern border average 33,000 per month, according to U.S. Customs and Border Protection data. By contrast, 40,000 Venezuelans arrive in Colombia every month. Tiny Ecuador has absorbed 630,000 Venezuelans since 2017, according to the Office of the United Nations High Commissioner for Refugees (UNHCR), ballooning its population by 4 percent.

The commitment to open borders has been remarkable—not least because Latin American governments have not always rolled out the red carpet for the hemisphere’s huddled masses. The Dominican Republic’s treatment of Haitian migrants, for example, is notorious, including sporadic efforts to revoke citizenship. In 2015, before the Venezuelan exodus, Maduro expelled thousands of Colombians, many of whom had moved to Venezuela to escape guerrilla violence. Moreover, Mexico is frequently criticized for failing to protect Central American migrants.

The region’s generosity toward fleeing Venezuelans, meanwhile, hasn’t been consistent. Chile, a favored destination for Haitians and Venezuelans, recently tightened visa requirements, as did Colombia. In the Caribbean, the islands off Venezuela’s coast have increased scrutiny of Venezuelan travelers. In Brazil’s remote Amazonian state of Roraima, the governor complained that she was “looking after the needs of Venezuelans to the detriment of Brazilians”; this month, local authorities briefly shut down the border with Venezuela. Brazilian rioters recently destroyed a migrant camp, sending Venezuelans fleeing back across the border, confirming UNHCR’s warnings that “[i]ncidents of discrimination and xenophobia against Venezuelans will increase” as migration continues to rise. Ecuador, meanwhile, has declared a state of emergency and imposed restrictions on Venezuelan migrants. 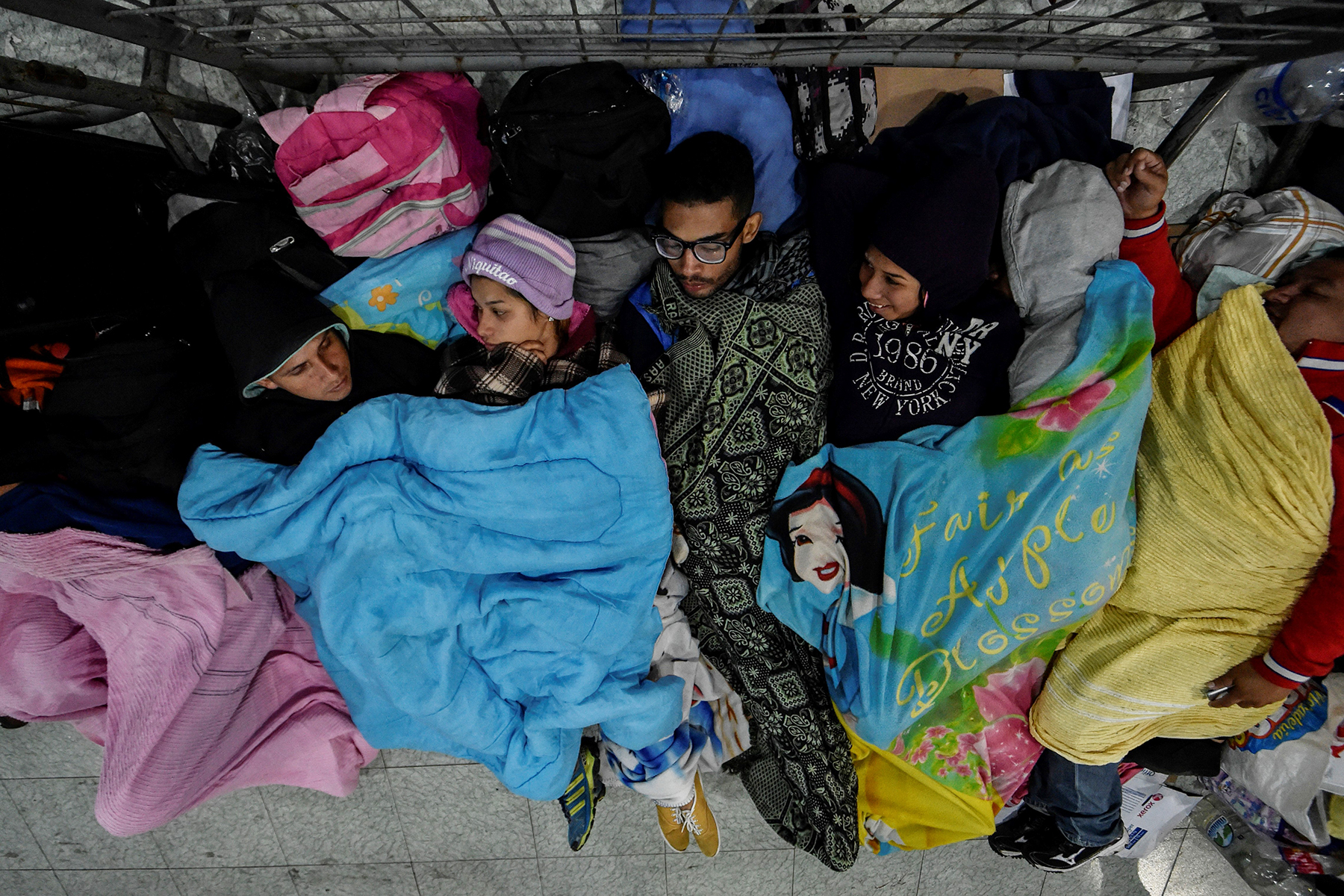 Nevertheless, the contrast with the United States, and with many restrictionist European countries, is stark. That is particularly true in the Río de la Plata region in the southeastern part of the continent—an increasingly common destination for Venezuelans, despite its vast distance from Venezuela’s violence-plagued cities and empty pharmacy and supermarket shelves. In Argentina and Uruguay, the governments have welcomed these Venezuelan migrants with open arms.

There are several reasons for this generosity, many of them idiosyncratic. For one, the so-called “airplane refugees” to the Río de la Plata are relatively high skilled and youthful, with sufficient resources to make the transcontinental journey. One half of Venezuelan migrants in Argentina hold a college degree, and more than 1 in 10 are engineers—a potential boon for the country’s expanding oil and gas industry. This profile differs substantially from the migrants hurrying into Brazil or flooding across Andean borders to Colombia, Ecuador, and Peru.

Moreover, many Argentines and Uruguayans feel indebted to Venezuela, which accepted thousands of asylum-seekers in the 1970s, when repressive military dictatorships ruled in Buenos Aires and Montevideo. At the time, Venezuela was one of the few large Latin American countries still governed democratically, its freedoms and vast oil wealth made it an attractive destination for political exiles, and its leftist president was unsympathetic to South America’s right-wing regimes.

Then there is contemporary politics. Argentina’s center-right president, Mauricio Macri, has been an outspoken critic of the regime in Caracas—a radical shift from his predecessor, the leftist firebrand Cristina Fernández de Kirchner, who was a longtime supporter of the late Hugo Chávez. For example, Macri is leading efforts to haul Maduro before the International Criminal Court for human rights abuses. Meanwhile, in Uruguay, the center-left government has historically maintained warm ties to Caracas, though relations cooled as Maduro cracked down on dissent. Uruguay’s former foreign minister, from the governing party, now runs the OAS and is the region’s most outspoken critic of the Venezuelan government.

As a result, these two countries have become emblematic of Latin America’s relatively humane approach to migrants, as they bend over backward to accommodate Venezuelans. Though members of the Mercosur customs union—Argentina, Brazil, Paraguay, and Uruguay— suspended Venezuela two years ago, they pledged to limit the consequences for the Venezuelan people. Argentina has gone a step further, relaxing residency requirements for Venezuelans who struggle to obtain records from their beleaguered bureaucracy.

It is not clear whether this hospitality will last forever. Both Argentina and Uruguay have tight labor markets, and the impression that businesses are favoring Venezuelan workers may provoke resentment. (Uruguay’s powerful unions have already launched a task force to study the issue.) A recent survey in Uruguay found widespread ambivalence about immigration; 45 percent of respondents disagreed that it was good for the country that foreign immigrants go to live there.

These trends are further along elsewhere in Latin America. After years of quietly absorbing millions of Venezuelan migrants, several governments in the region are re-examining their approaches to the crisis. On Tuesday, Ecuador called for an emergency gathering of 13 countries to better coordinate the regional response to Venezuelan migrants—the potential outcome of that meeting remains unclear. But for now, Latin America still stands out for its openness in a world that is increasingly closing its doors.

Benjamin N. Gedan, a former South America director on the National Security Council, is deputy director of the Latin American program at the Woodrow Wilson International Center for Scholars.

Nicolás Saldías is a researcher at the Woodrow Wilson International Center for Scholars.

Robert Menendez Is the Last Hawk on the Left