In the face of overwhelming evidence that fake news has permeated our newsfeeds, politics, and lives, observers, politicians, and the public seem to have hit on more and better government regulations of media companies and tech giants as the solution for this post-truth era. Following the Cambridge Analytica scandal that consumed Facebook in March, U.S. Sen. Lindsey Graham argued in favor of the company’s regulation, and this past July, Rep. Steve King went so far as to propose turning social media platforms into public utilities. Meanwhile, according to a recent public opinion survey, Americans across the political spectrum now favor deeper regulation of tech companies.

But China’s experience shows that policy tweaks probably won’t be enough to weed out fake news. And it is an example worth taking seriously: Beijing has been dealing with misinformation—or what the Chinese government refers to as “rumors”—for a much longer time, going back to at least the spread of the internet in late 2000s.

In 2008, for instance, rumors about maggots found in Sichuan-grown tangerines hurt sales nationwide. In 2011, following an earthquake and nuclear meltdown in Japan, unverified messages circulated on the social media platform QQ about the magic power of salt in protecting against radiation and a possible salt shortage, pushing large crowds to grab the mineral from markets. Some rumors even touched high-level politics. In the aftermath of the 2013 trial of Bo Xilai, a former Politburo member, rumors of a pro-Bo coup being in the works spread quickly.

The same year, shortly after Chinese leader Xi Jinping rose to power, Beijing launched a widespread campaign to combat online rumors by shutting down many accounts on China’s top social media platform Sina Weibo, demanding that websites “rectify their wrongdoing,” detaining those accused of manufacturing misinformation, and imposing various penalties on dissenters and opinion leaders. In 2015, another wave of crackdowns on misinformation saw the end of about 165 internet accounts for spreading rumors about stock market turbulence, explosions in Tianjin, and the 70th anniversary of the war against Japan, among other topics. In 2017, a new campaign took on fake online advertisements, copyright infringement, and counterfeiting.

Over the same period, China also implemented numerous anti-rumor regulations. In 2016, Beijing criminalized manufacturing or spreading online rumors that “undermine economic and social order” in a new Cybersecurity Law. In 2017, a law called Provisions for the Administration of Internet News Information Services demanded that internet news providers reprint information published by government-acknowledged news organizations without “distorting or falsifying news information.” That is, social media platforms are prohibited from publishing their own independent articles or disseminating information without attribution. Instead, they are to repost and link to reports from officially registered news media. 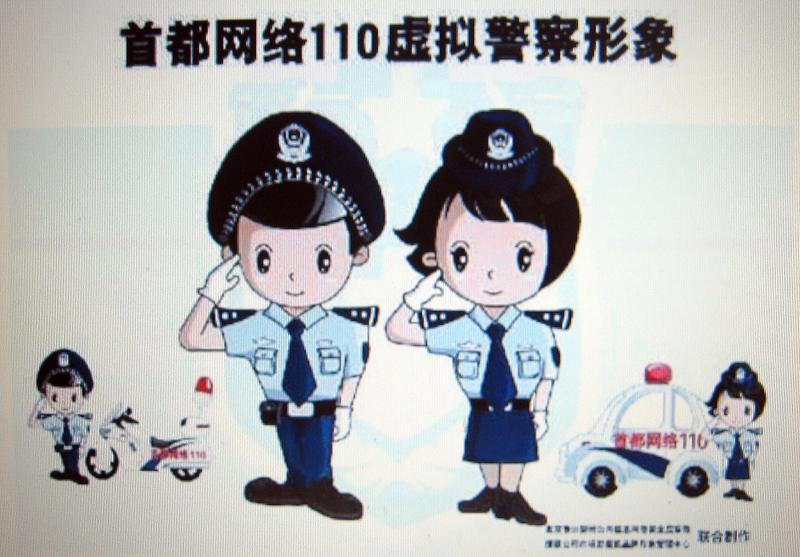 Images of the “Beijing Internet Police,” which patrolled Chinese Internet sites to warn surfers they are being monitored, August 29, 2007. (STR/AFP/Getty Images)

This year, the government implemented a new regulation that requires microblogging service providers to establish an “anti-rumor mechanism,” which includes publicizing and refuting rumors when they arise. It is unclear exactly how this new legislation will be implemented, but it does give companies much of the responsibility for filtering and regulating information online.

China’s effort—which much exceeds anything feasible (or desirable) in a democratic country—is hard to call a success. Regulation did not stop rumors, and fake stories continue to permeate the web. According to the latest report published by Tencent, last year alone 180,000 public WeChat accounts were penalized for spreading misinformation.

Misinformation spreads not simply because there are technologies to circulate it. Rather, in China, a deep sense of societal insecurity, the increasing politicization and commercialization of information, and a craving for self-expression propel it.

First, although some rumors in China concern high-level politicians, most fake stories and gossip are more focused on the hot social issues of the day, such as food, medical, and environmental safety. China Daily reports that 75 percent of total fake stories are reports of this kind, in what it calls the “social field.”

Last year, for instance, saw a big (and fake) scandal about plastic found in seaweed. Despite the authorities quickly dismissing the rumor, sales in seaweed plunged, hurting many innocent businesses. The multibillion-dollar crawfish industry has also continuously suffered from rumors. Social media users have speculated about everything from whether crawfish are actually worms that feed on trash to them having been introduced and genetically modified by Japanese armies to dispose of dead Chinese bodies.

Air pollution is yet another target of fake news. Long-lasting smog that has enveloped northern China since 2013—shutting down schools, flights, and construction projects—triggered a wave of wild guesses about its origins. One particularly popular rumor was that it came from the burning of uranium-bearing coal recently discovered in Inner Mongolia. Other influential rumors in recent years concern the quality of underground water, the safety of lithium batteries, and linkages between mobile phones and cancer.

The fact that discussions of buzzy social issues are most prone to being taken over by fabrication reflects what Chinese citizens describe as a need for a “sense of security” (anquan gan) when it comes to meeting basic daily needs, such as safe food and clean air. This sentiment propels many middle-class Chinese to opt to migrate or purchase property for their children in the West. But in the most immediate term, it pulls many into the social media echo chambers that only intensify the sense of insecurity and uncertainty through exaggeration and myth.

The simultaneous politicization and commercialization of information also creates the conditions for fake news. The party-state’s intensified use of propaganda since Xi took office has tainted most media in the eyes of the public. In particular, the party-led campaigns against rumors have been seen as attempts to take out potential critics and enemies. When the government labels something a rumor, that information comes to be seen not as fake but as something the government doesn’t want the public to know.

At the same time, commercial forces, while at first spurring a new genre of investigative and critical journalism, have corroded quality reporting. In the past decade, Chinese media has been enveloped in a series of corruption scandals. Internet companies are no exception. In 2016, Baidu was implicated in the death of a college student who underwent expensive dubious cancer treatments that he learned about through the search engine. This year, the news aggregator Toutiao was reported to have published advertisements for fake medicines to target audiences in third- and fourth-tier cities.

According to the Harvard University sociologist Ya-Wen Lei, who recently wrote a book on China’s public sphere, between 2002 and 2008 public trust in traditional media has significantly declined in China, dropping to less than 43 percent. Chinese audiences’ satisfaction in Chinese social media platforms has also dropped from 73.4 percent in 2014 to 67 percent in 2016. The objectivity of social media platforms was rated particularly low, at 41 percent. Understanding all this, social media users tend to take the truth into their own hands. They share information among family members and friends that they believe is valid but often fall for and spread unverified rumors themselves.

Finally, although rumors are often dismissed as harmful, they can play an important social function. In China, by fusing political satire and fun memes, Chinese citizens can chip at the restrictions the government places on the public sphere. Recent popular memes include netizens poking fun at Xi’s exaggerated confidence in winning the trade war, with one picture depicting him as Winnie the Pooh dressed as a superhero and another as Winnie sinking in the water, pushed out of office by his enemies.

China is rarely invoked as a country to learn from. But when it comes to fake news, there may be a lesson worth considering. Regulation alone will not fix the fake news problem. Like Chinese citizens, many Americans are increasingly feeling insecure when it comes to basic provisions, such as health care, clean water, and school safety. Insecurity can easily fuel angst and cynicism about politics and distrust in traditional sources of information.

The distrust is further compounded by the United States’ polarized and commercialized media environment. While the politicization of the media under U.S. President Donald Trump is in no way comparable to that in China, recent attacks on the press—and the growing chasm between left- and right-wing news sources—have raised alarms about the future of press freedom. Meanwhile, what scholars such as the University of Pennsylvania’s Victor Pickard describe as the “extreme commercialism” of the media system has created a tension in journalism between selling a commodity and offering public service, with many settling for the former.

China’s example shows that the West’s own rumor problem is not going away. Rebuilding trust in the U.S. political system, society, and professional news media will take much more than regulation of social media platforms or a new White House occupant. But then again, rumors aren’t always a bad thing. With many Americans on both sides of the political spectrum fearing for the future of their country, rumors can also serve as a healthy way to satirize, vent, and even mobilize. Rumor spreading can be both a symbol of systemic crisis and a mechanism for survival. That’s why it is not going anywhere—in China or the United States.

Maria Repnikova is an Assistant Professor in Global Communication at Georgia State University.

Beijing has been criticized for its Great Firewall and online censorship. Now it's looking prescient.

Most cures for fraudulent news threaten to be worse than the disease. There’s at least one exception.

The Summit That Can’t Fail