Don’t let the reporting on the suspected Skripal attackers fool you: Moscow got what it wanted.

Six months after the attempted assassination of Sergei Skripal, a former Russian double agent in the United Kingdom, details about the suspected killers are finally coming out. According to British prosecutors, the two men named as suspects belonged to the GRU, Russia’s military intelligence service, which is the very agency Skripal worked for when he was a British spy. On the one hand, these alleged ties attest to the GRU’s aggressive agenda—something of which governments in the West should be wary. On the other hand, an excessive focus on this service, as well as an emerging narrative about its supposed clumsiness, is dangerous.

Details about the possible assassins started to come out on Sept. 5, when Neil Basu, the assistant commissioner of London’s Metropolitan Police, named two Russians traveling under the names Alexander Petrov and Ruslan Boshirov as the chief suspects. A massive investigation, in which some 250 detectives took more than 1,400 statements and scoured 11,000 hours of surveillance footage, had allowed the police to track the two men over a three-day stay in the United Kingdom. Police say they arrived on a flight from Moscow on the afternoon of Friday, March 2. The next day, they stayed at a London hotel, where they allegedly prepared the nerve agent, Novichok, used in the attack. And on Sunday, police say they traveled to Skripal’s residence in the city of Salisbury. An hour and a half after arriving, having anointed the door handle of his house with Novichok and discarded the fake perfume bottle in which it was being carried in a nearby park, the suspects were on a train back to the airport and on to Moscow.

Speaking in Parliament after the commissioner’s briefing, Prime Minister Theresa May said that the two men were GRU operatives, which she described as a “highly disciplined organization with a well-established chain of command.” Although she refrained from mentioning Russian President Vladimir Putin by name, the implication that he likely knew about Petrov and Boshirov’s plan was clear. “This was not a rogue operation,” May continued. “It was almost certainly also approved outside the GRU at a senior level of the Russian state.”

In this, she is undoubtedly right. Although Russia’s various security services (and its other instruments of geopolitical struggle against the West) are granted considerable operational autonomy, major operations with potentially serious international implications need a green light from the Kremlin. Besides, there have been none of the usual indications—from mysterious resignations to well-sourced and damning leaks—which usually show that an individual or agency overstepped the mark. Whether Putin instigated the attack or, more likely, simply approved it, it was surely a state operation. 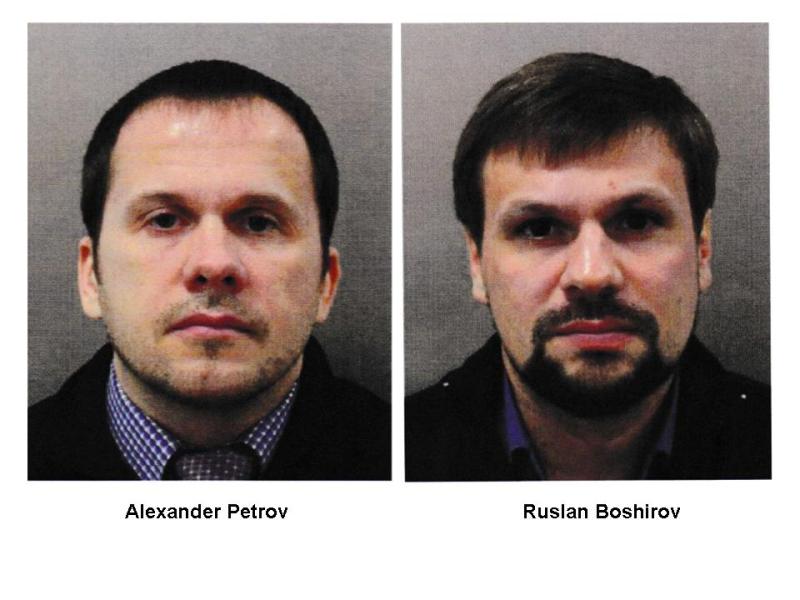 The fact of Putin’s likely involvement has led to a flurry of stories on the GRU: how it operates, why it exists, and why it got caught. But that focus, while perhaps understandable, is also problematic. The agency—which since 2010 has been technically named the Main Directorate of the General Staff, abbreviated in Russian as G.U., but is still universally known by its previous initials, GRU—has been named in the U.S. election interference investigation, blamed for an attempted coup in Montenegro in 2016, and even suspected of shooting down of a civilian airliner over Ukraine in 2014. Although the last is questionable—the GRU certainly helped create the Donbass rebellion and armed and directed warlords, but there is no evidence tying it to the actual decision to fire on the plane—the agency is undeniably active across the world.

It also has something of a reputation for taking chances other services would not. It controls the Spetsnaz, Russia’s special forces, and its intelligence officers pride themselves on having a military culture in which a mission must be accomplished, whatever the cost.

But the GRU is not alone. A different team, from either the SVR (Russia’s equivalent of the CIA) or the FSB (the domestic security service, which is increasingly active abroad), has also broken into Democratic Party servers. It was the SVR that ran the infamous “Illegals Program” that was spying in the United States and was busted by the FBI in 2010. Members of the FSB—arguably Putin’s closest allies—are involved in a global campaign of trolling and disinformation. That agency even kidnapped an Estonian security officer across the border in 2014.

In response to the assassination attempt on Skripal, the United Kingdom has vowed to step up its campaign against the GRU and pledged to “dismantle its networks” and unleash a cyber-campaign against its communications. This is fine—just part of the appropriate counterintelligence response to any agency launching attacks on another country’s soil. But the danger is that a narrow focus on the GRU takes away attention from other threats. The FSB and the SVR both have—and use—a license to kill, and they are both active in the United Kingdom, Europe, and North America. Targeting the GRU alone is a little like going after Petrov and Boshirov: launching a war to take out a few foot soldiers. The orders came from the Kremlin, and the GRU is just one of the tools as its disposal.

Even more worrying than a blinkered focus on the GRU is a new narrative emerging that paints the body’s operatives as a bunch of murderous morons. British Security Minister Ben Wallace, for example, drew parallels with a comedy movie spoof spook, calling this operation “more Johnny English than James Bond.” The fact that the Skripals survived, that the would-be assassins have allegedly been identified, and that an innocent bystander died from the discarded Novichok have all been cited to make this case.

Believing this would be a serious mistake. First of all, Skripal and his daughter, Yulia, did survive the attack, but only because of a combination of luck and the presence near Salisbury of the British government’s specialist military chemical weapons laboratory. It could very easily have gone differently.

Further, Moscow would have had no illusions about the fact that its operatives would in due course be identified, particularly in an age of ubiquitous surveillance cameras and travel visas. “Petrov” and “Boshirov” are certainly “legends,” that is, false identities created for this use and then discarded. The intrepid Russian investigative journalism site Fontanka has turned up some supposed details of the pair’s backstories, such as home addresses and past traffic fines. Tellingly, however, there is nothing to connect the two men who are suspected of carrying out the attacks to these details other than their names. It is likely that the assassins took the identities of innocent third parties or that the backstories were created from scratch precisely to make the men seem like real people.

The GRU’s ethos of completing the mission no matter what means that innocent lives lost or even the revelation of agents’ names are not blunders so much as irrelevancies. Indeed, given that this operation was likely as much about sending a message to London as killing one traitor, the furor may even be considered a feature rather than a bug.

If all the Russians had wanted to do was kill Skripal, then there were much easier, cheaper, and more discreet ways of doing so. However, with stories circulating that Skripal had been briefing the Estonians on Russian secrets and maybe even helping the Ukrainians, a breach of the implicit deal behind the pardon he got from the Kremlin in 2010, Moscow would have wanted to let London know it was not amused. The GRU used a Russian-made nerve agent—and one brewed in a specialist facility, not whipped up in a school lab—in order to ensure that while the Kremlin maintained a certain nod-and-a-wink deniability, there could be little serious doubt of who was responsible. All the while, Moscow’s apologists can say that the attack was “too obvious” for a real Russian operation, while the Kremlin can sit back knowing that the British government will know exactly who was involved. Mission accomplished.

Mark Galeotti is a senior research fellow at the Royal United Services Institute in London and an honorary professor at UCL School of Slavonic and East European Studies. His recent books include We Need To Talk About Putin and the forthcoming A Short History of Russia. Twitter: @MarkGaleotti

A Brief History of Attempted Russian Assassinations by Poison

Russian security services appear to be increasingly targeting dissidents and renegade spies for death by poison.

How Not to Pressure Putin

Britain Has No Clue Why It’s Punishing Russia

Before you sanction Putin, it would help to know what you're after.