Read Foreign Policy staffers’ reviews of recent releases on the maritime history of World War II, the race to build clipper ships, and refugees from the killing fields of Cambodia. 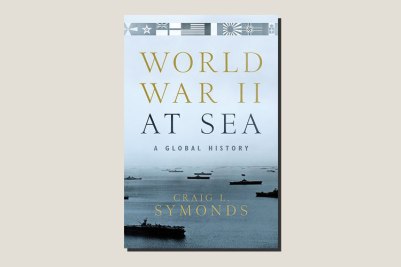 Craig L. Symonds, the preeminent U.S. naval historian, usually writes excruciatingly tight. He dubbed two of his recent works a “concise history” and a “very short introduction” to the U.S. Navy. Both could be read in an afternoon. That fact makes his latest book, World War II at Sea, a sprawling—but very worthwhile—departure.

Symonds, who taught at the U.S. Naval Academy and currently teaches at the U.S. Naval War College, set out to fill a gap in the literature by charting the entire maritime course of history’s greatest conflict. Plenty of door-stopping naval histories have already been published, such as Samuel Eliot Morison’s 15-volume chronicle of the U.S. Navy in World War II, and thousands of more narrowly focused naval histories of the same period have also been written. But until now, no single volume covered the entire war at sea, in all theaters, with a focus on every major navy.

That’s just what Symonds provides, with riveting chapters on German U-boats and pocket battleships, Italian and British duels in the Mediterranean Sea, Japanese dreams of imperial grandeur, and, of course, the relentless U.S. naval counteroffensive across the globe. While plenty of readers will be familiar with parts of the tale, from the stunning reversal in Japan’s fortunes at the Battle of Midway to the endless Allied struggle to find enough shipping to carry on a three-front war, Symonds succeeds at weaving each part into a coherent whole.

That naval-only focus makes for a history of World War II that pays only glancing attention to Germany’s blitzkrieg attacks and the Soviet Union’s years of heroic defense during the biggest land war of all time. But such omissions are, in many ways, precisely Symonds’s point. The Allies won the war for several reasons: British resilience early on, Soviet sacrifices throughout, and, of course, crushing materiel predominance. But victory was ultimately cobbled together in Allied shipyards, which turned out unbelievable quantities of aircraft carriers, submarines, destroyers, supply and cargo vessels, and landing craft of all shapes and sizes—thousands of merchant and naval ships in total.

Those unprecedented armadas, which conducted the biggest naval operations in history, allowed successive amphibious assaults on Axis positions, from North Africa to Sicily to Italy to France, plus a simultaneous thrust across the Pacific all the way to the Japanese home islands, in just a few short years. After some early successes, neither Germany nor Japan could attempt anything remotely similar.

Barons of the Sea: And Their Race to Build the World’s Fastest Clipper Ship 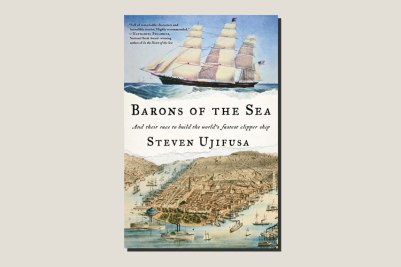 For a brief moment in the middle of the 19th century, U.S. clipper ships were the most revolutionary machines in the world. Sleek, fast, dangerous to sail, and expensive to operate, the record-setting giants were the glorious culmination of thousands of years of nautical evolution.

These unconventional vessels and their hard-driving captains transformed Western trade with China, helped open California during the gold rush, and made the fortunes of some of America’s mightiest merchant clans. Then, just as suddenly as they burst onto history’s stage, steamships, railroads, and the telegraph elbowed them into obsolescence.

Steven Ujifusa’s Barons of the Sea tells the story of the men who built the clippers, the men who bought them, and the men (and women) who sailed them in breakneck races around the world.

It’s a tale packed with colorful characters, such as the New England and New York merchants who made a mint selling opium to China and raced for home with their holds stuffed full of valuable tea. At the heart of the narrative is Warren Delano, who used extreme clippers to make several successive fortunes in China. (His grandson Franklin would later keep a handmade model of one of the family’s clippers near his desk in the Oval Office.) Another of Ujifusa’s heroes is Donald McKay, one of the most daring ship designers in U.S. history, who churned out the biggest and fastest sailing ships ever made.

Ujifusa paints on a broad canvas, which is one of the book’s strengths. From the early days of the China trade to the dismal ethics of large-scale drug running and the First Opium War to the technical challenges shipwrights overcame in building the extreme clippers, Barons of the Sea is many histories in one. But that wide scope is also one of the book’s drawbacks: It describes so many traders and builders and captains and ships that the narrative veers out of focus at times.

Those are small quibbles, however. Ujifusa has produced a carefully researched, lovingly written tribute to a now-vanished breed of ships and people, an entertaining chronicle of a few heady years when vision, speed, and daring helped the United States begin to establish its leading role on the world stage.—Keith Johnson

Exiled: From the Killing Fields of Cambodia to California and Back 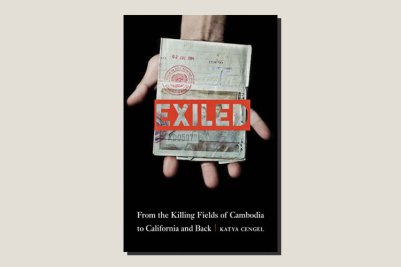 The 1980 Refugee Act enabled more than 150,000 Cambodians to escape the killing fields of the Khmer Rouge and find sanctuary in the United States. With famine and war ravaging Cambodia, their new home was a place of relative safety.

But safety didn’t equal security. Most of the refugees found themselves resettled in impoverished inner-city neighborhoods across the country, where they were often surrounded by drugs, gangs, and violence, offering few opportunities for educational or social advancement inside the law. The older generation had little grasp of English, let alone American society, and was ill-prepared to help its children navigate a new world.

In the mid-1990s, U.S. immigration policy lurched to the right with the passage of the Illegal Immigration Reform and Immigrant Responsibility Act, which made deportation possible for a wide range of offenses. Hundreds of Cambodians who came to the United States as children were forced to leave under these increasingly stringent standards. Few of the deportees had any memory of Cambodia or their native tongue.

In Exiled, Katya Cengel presents in unsparing detail the lives of four Cambodian families facing the deportation of loved ones. At the center of the story is San, a woman in her 70s, and her daughter Sithy, who, after being jailed for drug possession, confronts—with a mixture of trepidation, pragmatism, delusion, and humor—the prospect of being forcibly removed from the American life she has made.

Cengel’s book focuses entirely on the experiences of the Cambodian-American community, but it speaks more broadly to the current debate over the wider immigration crisis. Like Sithy, many of the migrants from Central America facing deportation from the United States today have little or no memory of the place to which they are returning. They face a terrifying future, alone, without a real home or country.—Martin de Bourmont

These reviews originally appeared in the Fall 2018 issue of Foreign Policy magazine.

Martin de Bourmont is a journalist based in Washington. Twitter: @MBourmont

Books in Brief: The Latest Reads on the Financial Crisis, the Rwandan Genocide, and What It Means to Be a Nation

Apocalypse, Soon: New Books on War, Plague, Famine, Demagogues, and the End of the World as They Knew It

FP staffers learn what really killed the Romans and why the 1930s should scare us to death.