The Women Abandoned by Peace

Victims of sexual violence and forced abortion during Colombia’s long years of conflict have yet to see justice.

“If I have to die to speak the truth, I will,” Vanessa García said. Her hands trembled as she recounted the abuses she endured during her time as a child soldier in the now disbanded Revolutionary Armed Forces of Colombia (FARC), the country’s largest guerrilla group.

In 2016, then-Colombian President Juan Manuel Santos announced that his country’s bloody civil war—which had claimed more than 260,000 lives and displaced nearly 7 million people over a half-century—was over. Hopeful tales of new beginnings for former militants quickly became a staple in news features about reconciliation. But largely left out of the narrative were stories of former combatants like García who were subject to sexual violence, including rape and forced abortions. Especially after the 2018 Nobel Peace Prize was awarded earlier this month to Nadia Murad and Denis Mukwege for their advocacy for victims of sexual violence, stories like García’s highlight Colombia’s failures to address the stain of past sexual crimes that have long marked the ongoing conflict.

Hundreds, if not thousands, of sexual assault, rape, and forced abortion victims are still waiting for justice in Colombia. The National Center for Historical Memory estimates that nearly 17,000 minors like García were recruited by illegal armed groups, including the FARC, and at least 15,000 people were the victims of sexual crimes, including rape and forced prostitution, committed by militants on all sides during the civil war. Among those crimes were an enormous number of forced abortions carried out by the FARC.

García and other victims say they have reported the abuses before but are speaking out again in part because of the role many former militants now play in the Colombian government. The peace deal guaranteed 10 seats in Congress for two consecutive terms for the Common Alternative Revolutionary Force—the FARC’s political successor, which controversially kept the militant group’s acronym—even though the group’s image remains tainted by its decades of terrorism, kidnappings, and drug trafficking.

The 2016 peace agreement also created the Special Jurisdiction for Peace, a new court system charged with prosecuting actors in the armed conflict whose crimes were directly related to the civil war. But victims, and victims’ rights groups, remain skeptical of just what, exactly, the new court can do: It has already signaled the goal will not be jail time for perpetrators. The peace deal has already pardoned, conditionally released, or suspended the arrest warrants for thousands of members of the FARC and the Colombian armed forces. 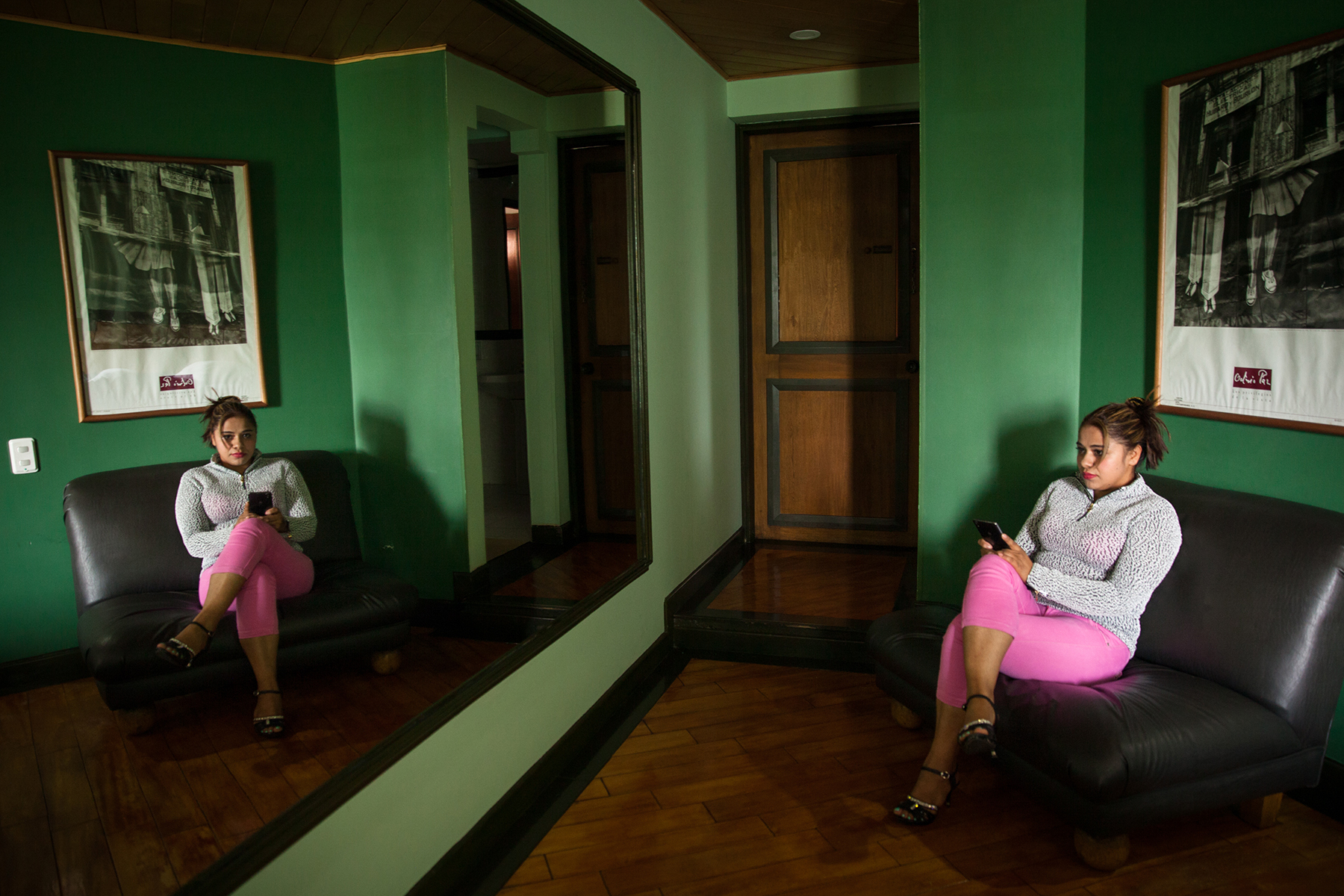 Vanessa García, now 24, at a hotel in Colombia on Jan. 4. (Erika Piñeros for Foreign Policy)

García, now 24, grew up in Puerto Rico, a humid town in the remote southwestern department of Caquetá. “As a child,” she said, “I dreamed of being a nurse.” That dream was shattered when the FARC men showed up one morning at her school and invited the children for a day trip to the river. García was conscripted into the ranks of one of FARC’s most feared elite units, the Teófilo Forero Mobile Column. She was 9.

When García was 11, she began to be raped by the FARC commander Hernán Darío Velásquez, known as “El Paisa,” who has been accused of numerous crimes including the 2003 El Nogal club bombing in Bogotá, which left more than 30 dead and wounded more than 200, and the kidnappings and assassinations of dozens of high-profile politicians and their families. He was the first, but not the last, to rape García.

Birth control was mandatory for FARC women, but though García (involuntarily) received a contraceptive implant, she says she conceived three times during her 11 years in the FARC. At 13, she was forced to have her first abortion. She begged El Paisa to let her keep the baby, telling him it was his child; she was threatened with execution in response. Garcia had two more forced abortions after that one: at 15, again the result of a rape, and the last at 16, when she was in a consensual relationship. Of the third abortion, she recalled, “When I saw the doctor, I started to cry. He was a civilian—he cried too. He told me: ‘I have to follow their orders.’ I told him I understood.”

In March, García testified about the abuses she suffered at the hands of the FARC before the Office of the Attorney General in Bogotá.

“When I saw the doctor, I started to cry. He was a civilian—he cried too. He told me: ‘I have to follow their orders.’ I told him I understood,” Vanessa García said, describing her third abortion.

García’s story is not exceptional. A 2016 Human Rights Watch report noted that former Colombian acting Attorney General Jorge Fernando Perdomo had gathered evidence of 232 violent sex crimes (against all genders) and 214 cases of girls who were “subject to rape, forced sterilization, forced abortion, and other forms of sexual violence” carried out by FARC guerrilla fighters.

The FARC vehemently denies that the abuses were rampant, let alone a policy of the organization. But cases such as the one against Héctor Albeidis Arboleda, known as “The Nurse,” suggest otherwise. In March 2017, Arboleda was extradited from Spain to Colombia. He was accused of various crimes including homicide, torture, and performing over 500 forced abortions on female militants in guerrilla groups, including both the FARC and the Guevarista Revolutionary Army.

One witness testified that the bodies of women who died during the dangerous procedures were used by Arboleda as cadavers to train other FARC members to become nurses.

“I can assure you that it wasn’t a policy of the FARC to victimize its own women,” Victoria Sandino, a former FARC commander, told me earlier this year. Sandino is a self-proclaimed feminist and one of the FARC’s newly installed senators. She has been accused by demobilized female guerrillas of standing by as abuse took place. Sandino argued simply that “maternity and war are incompatible,” but she also insisted all the abortions were optional. She further said that anyone who wanted to go home to give birth had the right to do so. 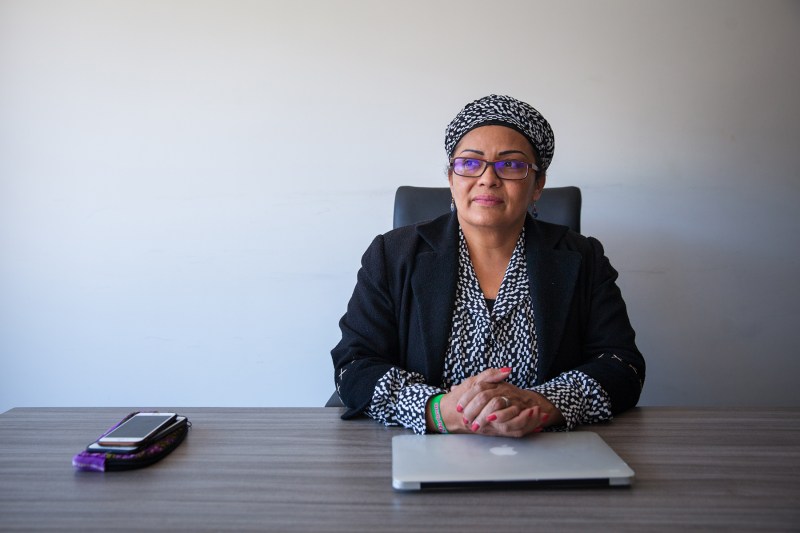 Then-FARC Senate candidate Victoria Sandino at her office in Tequendama Center in Bogotá on Jan. 24. She says “maternity and war are incompatible” but insists abortions were offered to guerrilla women as a solution, not as an order. “It’s absurd. I’ve been a feminist for a long time.” (Erika Piñeros for Foreign Policy)

As she stared at the mountains outside her office window in Bogotá’s financial district, Sandino said it was absurd to think that any organization that was 40 percent female could have survived if it victimized its own women. “Were [the women] masochists or what?” she asked, rhetorically.

But people didn’t just leave, Vanessa García said: They feared doing so would cost them their lives. She learned that lesson at just 10 years old when she witnessed commanders throw a grenade at a 14-year-old boy as punishment for attempting to run away. “They took his guts out, it was horrible. I thought to myself: I will never flee the FARC,” García recalled.

Lucía, another former militant who voluntarily joined the FARC when she was 20, said Sandino’s assurances could not be further from the truth. (Lucía’s name has been changed to protect her identity.) She explained that the option to forgo an abortion, let alone to leave the FARC to give birth, was only available to the companions of high-ranking commanders.

Now 43, Lucía said she suffers from excruciating lower back and abdominal pain and is unable to have children due to two dangerous forced abortions. She described the trauma of seeing the fetal remains placed in a plastic bag and then learning they had been flushed down the toilet without a proper burial. 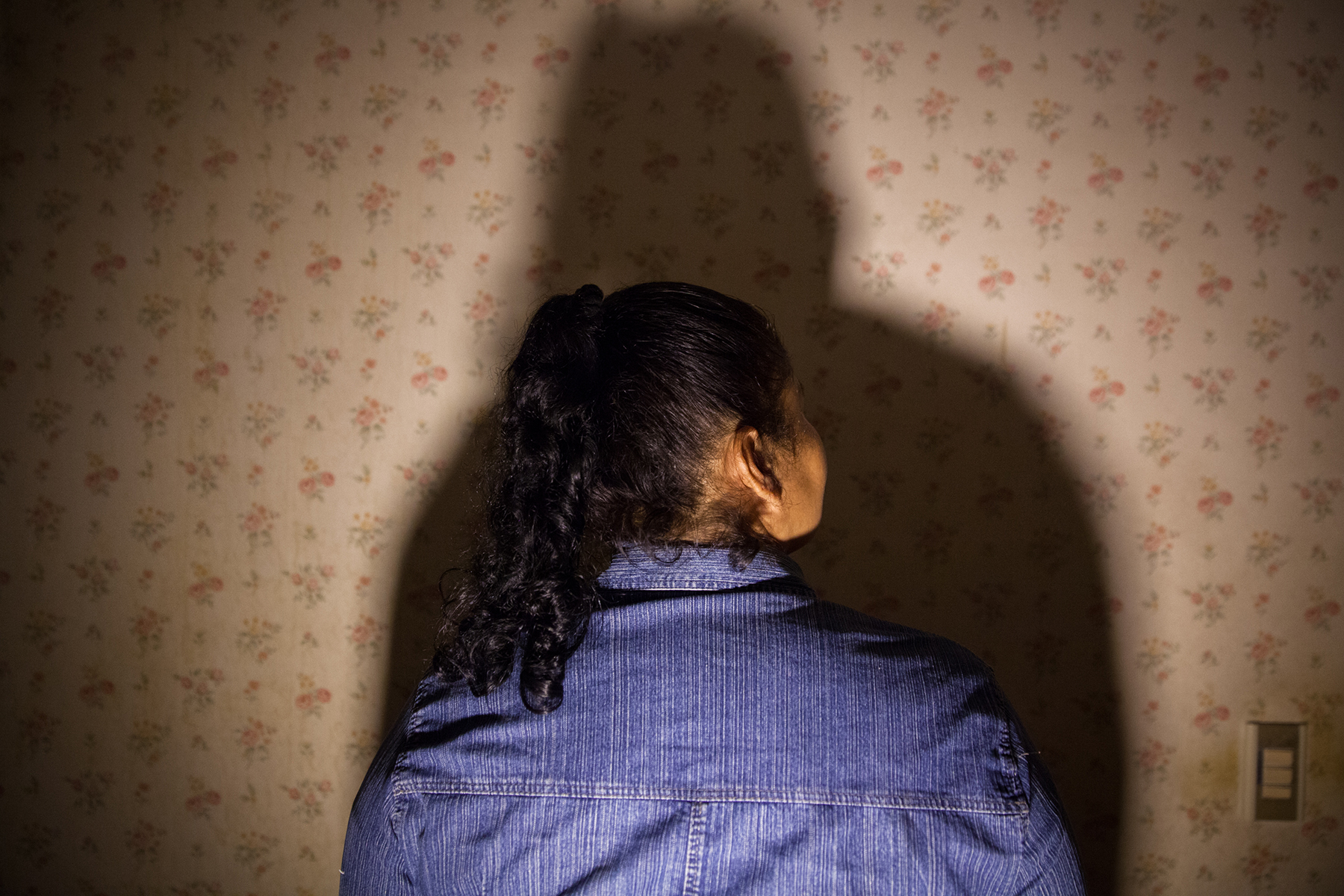 Lucía, 42, poses for a photo that won’t reveal her identity in Colombia on Jan. 5. She says she joined the FARC at the age of 20 and was forced to have two abortions, which did irreparable damage to her body. (Erika Piñeros for Foreign Policy)

Nongovernmental organizations, the media, and the government itself have long documented the sex crimes carried out during the long years of the Colombian armed conflict, but the vast majority of perpetrators have avoided significant punishment throughout the many attempts at peace in Colombia.

Rocío Martínez, a researcher and author of the National Center for Historical Memory’s special report on sexual violence, said that it is both extremely challenging for women to report the abuses and rare to see a case in which a perpetrator is brought to justice. Martínez maintained that the failure of the state and institutions to deal with such cases could undermine any real chance of  true peace and reconciliation.

Sandino emphasized that the FARC is absolutely committed to providing the truth, and that it requested that the Special Jurisdiction for Peace deny pardon or amnesty for sexual crimes. But she also noted that the FARC will acknowledge collective, rather than individual, responsibility for these crimes. Those responsible, Sandino said, will pay with “alternative sanctions,” not prison terms.

If that sounds woolly, that’s because it is. The new court hasn’t yet proved it is capable of delivering justice, and it’s gotten off to a poor start. On Sept. 10, 31 former rebels were called by the court to provide information on kidnappings committed by the group; four of them failed to appear before the court.

Further, the idea of absolving crimes against humanity with alternative sanctions, likely to be community service or farming—let alone the decision to allow the ex-militants to take public office without first facing trial—has outraged many in Colombia. Victims feel deceived, and rights groups have raised concerns over the message that such an approach could send to other illegal armed groups seeking to achieve similar deals in the future.

“The cycle of violence and abuse on all sides is perpetuated by the certainty of those responsible that they will never be punished for their crimes,” said José Miguel Vivanco, the director of the Americas division of Human Rights Watch.

José Miguel Vivanco, the director of the Americas division of Human Rights Watch, said that the FARC has repeatedly denied perpetrating what he called “pervasive crimes of sexual violence.” He added that “ensuring meaningful accountability for these egregious crimes is a litmus test” for the Special Jurisdiction for Peace.

“Our experience in Colombia teaches us that the cycle of violence and abuse on all sides is perpetuated by the certainty of those responsible that they will never be punished for their crimes,” he said.

The alternative sanctions and softer take on punishment is another source of consternation for victims. “They haven’t been in jail or even told the truth, and they are being rewarded?” asked Lucía, who spent 11 years in prison for political crimes committed during her time in the FARC. Victims like Lucía and García don’t believe the FARC will tell the truth. Lucía struggles to understand how those accused of such grave crimes received seats in Congress instead of prison terms.

For her part, García, who has already survived two assassination attempts after deserting the FARC, remains afraid. “El Paisa gave orders to kill me before I even started speaking,” she recalled. “So, what’s going to happen now that I’ve shown my face to tell you what happened to me?” She explained that she lost her father in a bombing ordered by El Paisa when she was 15 and now says she does not fear death because “they already killed me inside.” El Paisa is among the high-profile former rebels whose whereabouts are unknown even to the FARC’s new leadership.

Victims like García intend to appeal to international courts, said Bertha Suárez, a legal advisor to some of the women accusing the FARC of sex crimes. But the International Criminal Court has thus far declined to comment on the matter.

In the meantime, women such as García and Lucía are determined to speak out.

“What happened to us is terrible,” García said. “[But] to keep quiet while they [the FARC] are in power and continuing to live their lives,” she continued, “it cannot be.”