By Colum Lynch, a senior staff writer at Foreign Policy.

President Donald Trump has vowed to use his executive powers to end the policy of granting automatic U.S. citizenship to children born on American soil to foreign parents.

But can he do it? A lot of constitutional lawyers believe the answer is no.

Trump made the remark in an interview with Axios on the cable network HBO, in an apparent effort to energize his anti-immigrant base just a week before the U.S. midterm elections.

President Donald Trump has vowed to use his executive powers to end the policy of granting automatic U.S. citizenship to children born on American soil to foreign parents.

But can he do it? A lot of constitutional lawyers believe the answer is no.

Trump made the remark in an interview with Axios on the cable network HBO, in an apparent effort to energize his anti-immigrant base just a week before the U.S. midterm elections.

“We’re the only country in the world where a person comes in and has a baby, and the baby is essentially a citizen of the United States for 85 years with all of those benefits,” Trump said. (In fact, at least 30 countries have a similar citizenship policy.)

The proposal coincided with Trump’s decision to send more than 5,000 troops to the U.S. border with Mexico to head off a caravan of Central American migrants—another move that his critics have said was timed for the election on Nov. 6. 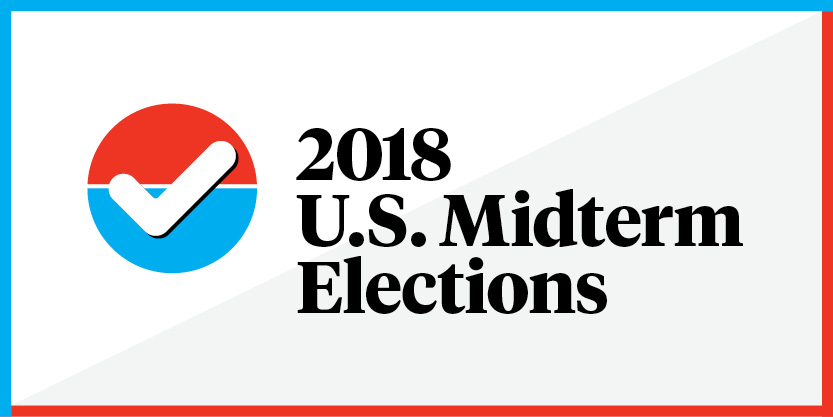 The birthright debate dates to the 19th century, when newly emancipated slaves sought the rights of citizenship. Following the Civil War, Congress adopted the 1866 Civil Rights Act, which determined that “all persons born in the United States and not subject to any foreign power, excluding Indians not taxed, are hereby declared to be citizens of the United States.”

At the time, it was felt that the act of Congress was not enough to ensure African-Americans rights. In July 1868, the United States adopted the 14th Amendment to codify those rights. “All persons born or naturalized in the United States, and subject to the jurisdiction thereof, are citizens of the United States and of the State wherein they reside,” the amendment says.

The current legal debate centers on one word in that sentence: jurisdiction.

Conservatives have argued that the 14th Amendment, while addressing the issue of former slaves, was never intended to guarantee citizenship to immigrants entering the country illegally.

They maintain that the U.S.-born children of such immigrants—like foreign diplomats—actually have allegiance to a country other than the United States and therefore fall under a foreign jurisdiction.

In making the case for repealing the birthright of such immigrants back in March 2010, the conservative columnist George Will invoked an 1884 Supreme Court decision, Elk v. Wilkins, that ruled that American Indians, who had once been members of American Indian tribes, were not entitled to U.S. citizenship even if they renounced allegiance to their tribes.

“Although Indians were at least partially subject to U.S. jurisdiction, they owed allegiance to their tribes, not the United States,” Will wrote. “This reasoning — divided allegiance — applies equally to exclude the children of resident aliens, legal as well as illegal, from birthright citizenship.”

But many constitutional lawyers say the president does not have the authority to redefine the 14th Amendment by way of an executive order.

The Supreme Court, he said, already settled the argument over jurisdiction more than 100 years ago.

In the 1898 ruling United States v. Wong Kim Ark—a U.S.-born son of Chinese parents who was barred by U.S. authorities from returning to the country after a visit to China—the court affirmed that U.S. jurisdiction extended to U.S.-born children of foreign-born parents.

“It’s not even a debate in the Supreme Court,” Vladeck said. “I know we’re deeply cynical of the court these days. But I don’t see five votes—I’m not sure I even see three votes—to review Wong.”

Omar Jadwat, the director of the Immigrants’ Rights Project at the American Civil Liberties Union, echoed the sentiment in a statement Tuesday.

“This is a transparent and blatantly unconstitutional attempt to sow division and fan the flames of anti-immigrant hatred in the days ahead of the midterms,” he said.

Is U.S. Immigration Policy Worse Than It’s Ever Been?

Suketu Mehta and Becca Heller talk President Trump, the real economy of immigration, and getting trolled by Ann Coulter.

The policy also makes it harder for law enforcement to investigate traffickers.

Politicians must prepare voters for automation; otherwise, opportunistic populists will seize the agenda.

Turkey Is the Biggest Swing Player in the Russia-Ukraine War

Why Is Armenia So Close to Russia and Iran?