The House Intelligence Committee to Reopen Its Russia Investigation

House Republicans have shown little appetite for challenging the Trump administration on Russia. Of the five congressional probes launched to investigate Russian meddling, the one conducted in the Senate Intelligence Committee, led by Republican Sen. Richard Burr and Democratic Sen. Mark Warner, has been the only major bipartisan investigation of Russia’s role in the 2016 presidential election. 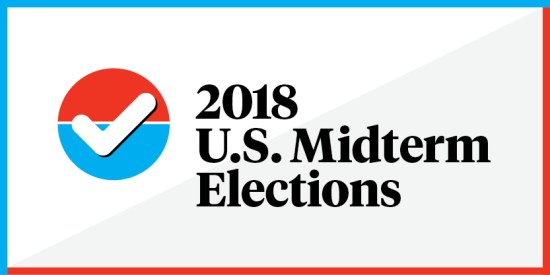 But with Democrats now in control of the House, the chamber is likely to play a more assertive role on the issue.

“There is a decent chance that we will see the center of gravity on Russia sanctions and Russia policy shifting from the Senate to the House,” said Peter Harrell, who served as deputy assistant secretary for counter threat finance and sanctions under President Barack Obama.

In March, House Intelligence Committee Republicans shut down their probe, concluding that there was no evidence of collusion between the Trump campaign and Russia. In response, committee Democrats published a 21-page document that detailed further lines of inquiry that they argued had not been thoroughly explored. Included in this is a list of some 70 individuals and organizations that Democrats believe may hold more information about the Trump campaign’s ties to Russia. Now that the Democrats will hold the gavel in the House Intelligence Committee, they are expected to reopen the probe and use their subpoena powers to investigate Trump’s finances, as well as allegations of Russian interference.

One challenge for Democrats on the House Intelligence Committee is how to pursue an investigation without hindering the work of special counsel Robert Mueller. “I think they’re going to show considerable deference to Bob Mueller,” said Richard Nephew, who served during the Obama administration as principal deputy coordinator for sanctions policy at the State Department.

There are already signs that Moscow is bracing for more sanctions. Reuters reported this week that state-owned oil giant Rosneft had included language in its new contracts with Western buyers stating that they would be liable to pay compensation if they terminate their agreements with the energy company because of sanctions.

The most wide-ranging bill in Congress is the Defending American Security from Kremlin Aggression Act, which aims to deter Russia from meddling in U.S. elections and to hamper its activities in Ukraine and Syria. Written by senators from both parties, the bill would impose sanctions on Russian sovereign debt, Russian energy projects, oligarchs, and national banks. The bill’s lead sponsor, Sen. Lindsey Graham (R), described it as “a sanctions bill from hell.”

Another significant piece of legislation to watch is the Deter Act, introduced in January by Democratic Sen. Chris Van Hollen and Republican Sen. Marco Rubio. The bill would require automatic sanctions to be passed if a foreign power was suspected of interfering in a U.S. election.

One likely scenario is that elements of both bills may be fused to produce a final piece of legislation, Harrell said.

Additionally, several congressional aides said that they expect the new Democratic majority to reintroduce several key bills aimed at cracking down on Russian election meddling in the House Foreign Affairs Committee. That includes the Secure Our Democracy Act, put forward by Democratic Reps. Eliot Engel and Gerry Connolly. The bill requires the secretary of state to compile and regularly update lists of specific foreigners involved in U.S. election interference, who would be targeted for sanctions. It also requires the State Department to submit a report to Congress following each federal election cycle outlining any foreign election interference attempts.

As voting took place on Tuesday, the State Department announced that Russia would be subject to further sanctions under the 1991 Chemical and Biological Weapons Act for its use of the Novichok nerve agent against former spy Sergei Skripal. One round of sanctions was already imposed in August. Moscow then had 90 days to provide verifiable reassurance that it would not use chemical weapons again and to allow weapons inspectors into the country. These requests were rebuffed, triggering a second, harsher, round of sanctions, though it’s not clear yet when they will be implemented.

“If there’s a shred of consensus anywhere in Congress, it’s on beating up on Russia,” said one congressional aide who preferred not be named.

Nephew, the senior Obama-era sanctions official, said Russia was paying a price for alienating the Democratic Party with an influence campaign designed to help Trump’s election.

“What they may have done that’s most damaging is take away any political incentive for the Democrats to say, ‘Let’s try and get along with the Russians,’” he said.

Daniel Fried, a former assistant secretary of state for European and Eurasian affairs who until his retirement last year was America’s longest-serving diplomat, said many Democrats had discovered their “inner Harry Truman.” It was Truman’s eponymous doctrine that sought to check Soviet expansionism after World War II.

Republican Rep. Dana Rohrabacher, who had been dubbed “Putin’s favorite congressman,” lost his seat in California’s 48th district after three decades in office. A onetime Cold Warrior, the Republican congressman chaired the House foreign affairs subcommittee on Europe and Eurasia and is known to have received information directly from Moscow and used it to promote Russian government interests in Washington.

One sliver of good news for the Russians may be the change in leadership of the Senate Foreign Relations Committee, Harrell said. With Sen. Bob Corker (R), a key architect of Russia sanctions, set to retire, committee chairmanship will pass to Trump loyalist Sen. Jim Risch (R).

“I would be surprised if Risch would want to do anything on Russia,” Harrell said.

Wave of Women and Younger Vets Head to Capitol Hill

People who served after the 9/11 attacks will make up more than half of the veterans on Capitol Hill come January.

Why Puerto Rico Is Betting Big on Mushrooms

Fungi could be the secret ingredient to the island’s food sovereignty.