In a male-dominated field, a collective supporting women covering China is wading into uncharted waters.

It started as an online call to action to amplify female voices covering China.

The result: a crowdsourced online directory of female experts that became the starting point for creating NüVoices, a collective that supports women covering the region. The group is also putting together a print anthology to showcase work from self-identified women on China.

Joanna Chiu, who previously worked as a foreign correspondent in Beijing and is now the deputy bureau chief of Star Vancouver, serves as the board chair and editor at NüVoices. Foreign Policy sat down with Chiu ahead of the group’s U.S. launch in New York to learn more about how it came together and how the demographic of those covering China has shifted in the past decade.

The following interview has been edited for length and clarity.

Foreign Policy: Given your experience as a foreign correspondent, how did that come into play when you were thinking of starting NüVoices?

Joanna Chiu: Beijing itself is such a special place for groups to get started. It’s almost like a grad school experience, in the best sense of the word. People are all very engaged in learning about China and also getting to know one another. People start literary journals, people start networking events. People start groups, so it’s easy to bring people together.

In the China-watching world, there are glass ceilings. People were getting increasingly impatient with going to events and having almost every speaker be a man. There’s increasing awareness about that.

We started with a crowdsourced directory of female experts on China. It was a group-supported effort. People I knew added their own people. In the beginning, it was a completely open Google Document. It just blew up overnight. It was amazing. The discussions expanded into NüVoices.

FP: What’s the experience like for a woman working in China who wants to, say, write a book?

JC: Sometimes there are a lot of gendered reasons why women won’t have the time to write a book. They might be further down the career ladder or won’t be able to negotiate a sabbatical to write. On top of that, there’s pressure to keep up with family responsibilities.

On the other side, the whole industry feels like male names are more bankable. We heard things from agents and publishers like, “Are you a famous enough name on China to write a book?” That made us frustrated. A lot of men were writing books who weren’t previously household names.

FP: So NüVoices is a support network of sorts?

FP: What sort of work can we expect from NüVoices?

JC: We launched a website and an online magazine. The purpose of our website is to profile and promote women’s work. On our podcast, we interview different women every time. Our first one was profiling two news assistants [the term used for Chinese who work for foreign media, since the government forbids them from being reporters, although they often effectively act as journalists] and we anonymized their voices. To our knowledge, no news assistant for foreign bureaus had been interviewed before. They spoke very frankly. 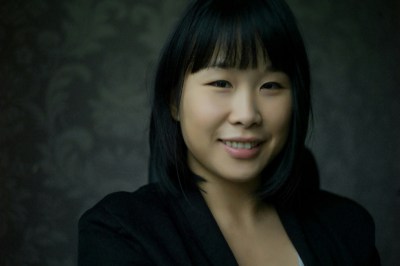 Joanna Chiu, board chair and editor at NüVoices. (Photo courtesy of Joanna Chiu)

FP: Women covering China face barriers that their older, male counterparts may not encounter. Do you think the situation is getting progressively better?

JC: Things are changing, and that’s why, naturally, female correspondents are supporting each other. All of a sudden, in some newsrooms, we’re the majority. It’s new. It used to be that male foreign correspondents would have trailing spouses. They would really be the center of attention.

Now, the whole foreign correspondent scene is changing. People have the onus of knowing the language. This shows how women are working very hard and are interested in China.

FP: Given rampant censorship in China, has NüVoices faced any challenges in mobilizing or publishing within China?

JC: No. It’s been so organic. It’s not something that we’re trying to force. Anyone can start their own events.

FP: Do you have any advice for younger female journalists who might want to break into the China space, but might not necessarily have as much experience?

JC: If you’re isolated, it’s hard to know your options. I think people in the China space are really supportive. I got a lot of my opportunities through meeting people and having them recommend me. Networking is an obvious thing, but you shouldn’t discount it.

Newsroom predators in foreign bureaus hurt their colleagues — and their stories.

When only men sit at the negotiating table, cease-fires fall apart.

For decades, the country managed to avoid most problems suffered by dictatorships. Now Xi Jinping’s personal power play risks undermining everything that made China exceptional.