Let Slip the Dogs of Diplomacy!

A very brief recent history of animals in foreign affairs.

When South Korean President Moon Jae-in returned from Pyongyang in October, he carried with him two pups—Gomi and Songgang—given to him by North Korean leader Kim Jong Un. As it turns out, Gomi was pregnant when she traveled south, and over the weekend Moon’s office posted photos of the adorable litter.

The three males and three females that Gomi, a Pungsan hunting dog, gave birth to continue the long, proud tradition of animals serving as fixtures of diplomatic exchanges.

When South Korean President Moon Jae-in returned from Pyongyang in October, he carried with him two pups—Gomi and Songgang—given to him by North Korean leader Kim Jong Un. As it turns out, Gomi was pregnant when she traveled south, and over the weekend Moon’s office posted photos of the adorable litter.

The three males and three females that Gomi, a Pungsan hunting dog, gave birth to continue the long, proud tradition of animals serving as fixtures of diplomatic exchanges.

Throughout history, animals have been used to win over enemies, forge alliances, and, sometimes, to intimidate one’s opponent. In the late 1820s, for example, Egyptian ruler Muhammad Ali Pasha dispatched three giraffes to European courts as a diplomatic maneuver. In the post-war era, animals have served mostly as props in set-piece diplomacy, gestures of goodwill where often there is little, and tokens of respect from a bygone era. 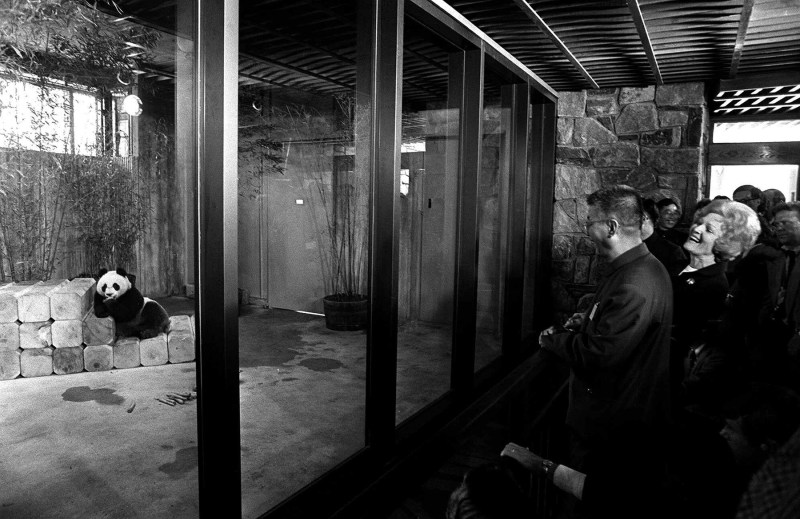 The modern era of animal diplomacy was arguably kicked off by China, which sent pandas abroad to both friends and rivals in a bid to improve ties and flex a bit of soft power.

China first sent pandas to the Soviet Union in the 1950s, and after U.S. President Richard Nixon traveled to Beijing in 1972 and opened diplomatic relations with China, the United States got its own furry friends.

Ling Ling and Hsing Hsing made their new home at the Smithsonian’s National Zoo in Washington, where they lived for decades. They produced no offspring, but became beloved attractions at the zoo, which is still home to pandas sent to the United States by China. Now, however, pandas live in the Washington zoo in exchange for a multimillion-dollar payment to Beijing through 2020.

Sending pandas abroad was once a gesture of goodwill by Beijing, but now the animals have become a coercive diplomatic tool as well. China typically rewards its allies with pandas, and can later recalls the furry creatures as a measure of coercive diplomacy. 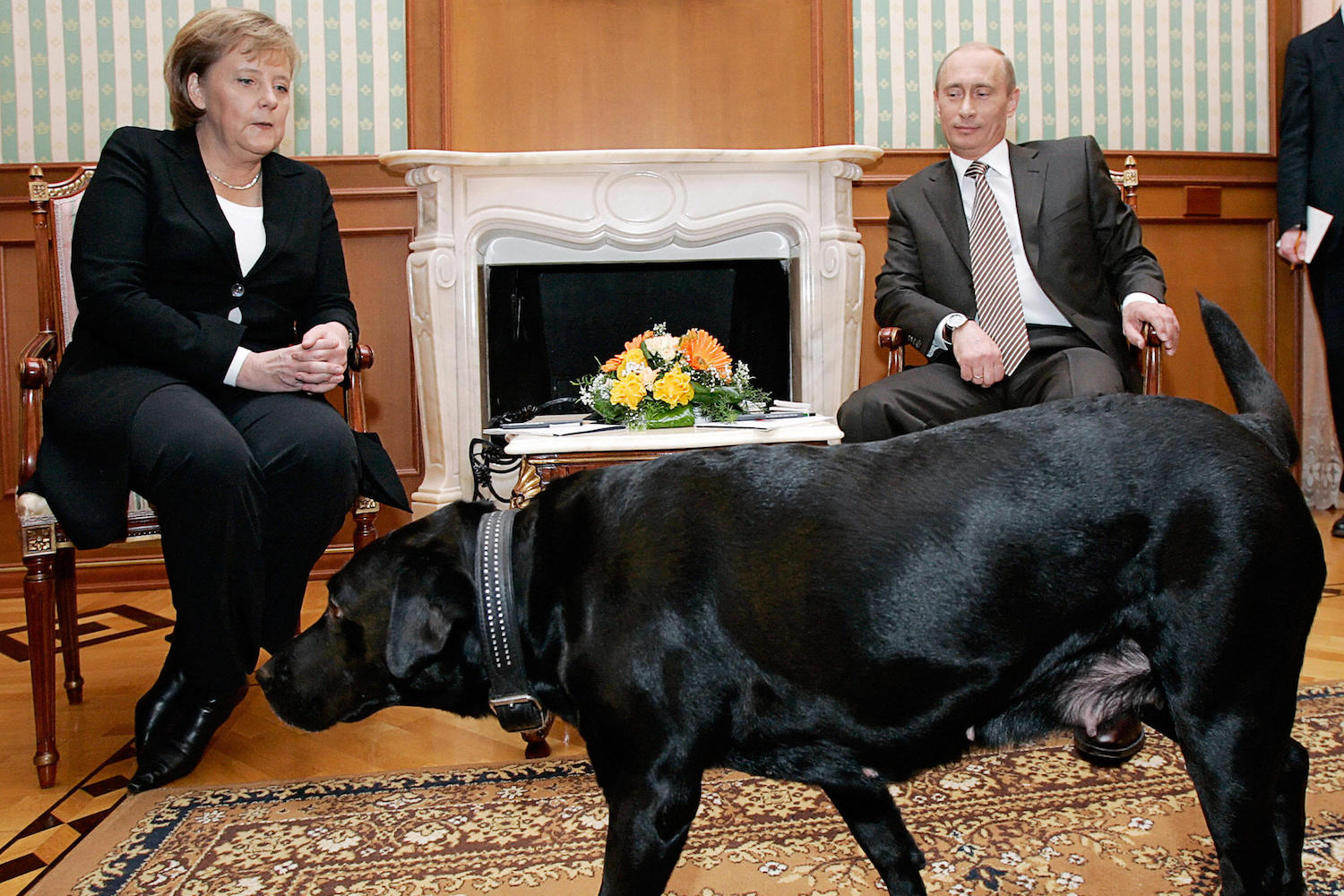 Russian President Vladimir Putin and German Chancellor Angela Merkel are watched by Putin’s dog Konni as they address journalists after their working meeting at the Bocharov Ruchei residence in Sochi, Russia, on Jan. 21, 2007. (Dmitry Astakhov/AFP/Getty Images)

In 2007, German Chancellor Angela Merkel traveled to Sochi for meetings with her Russian counterpart, Vladimir Putin. What she did not know was that Putin’s Labrador retriever, Konni, would also be present.

Merkel is afraid of dogs, and photos from the event show her eyeing the dog nervously, which the Russian president seemed to notice. “The dog does not bother you, does she? She’s a friendly dog and I’m sure she will behave herself,” Putin said during the meeting.

Putin has since said that he apologized for the incident and that he was not aware that Merkel was afraid of dogs, a claim many observers of animal diplomacy find somewhat dubious. Given his KGB background, Putin would likely have been well briefed on his counterpart’s fears. 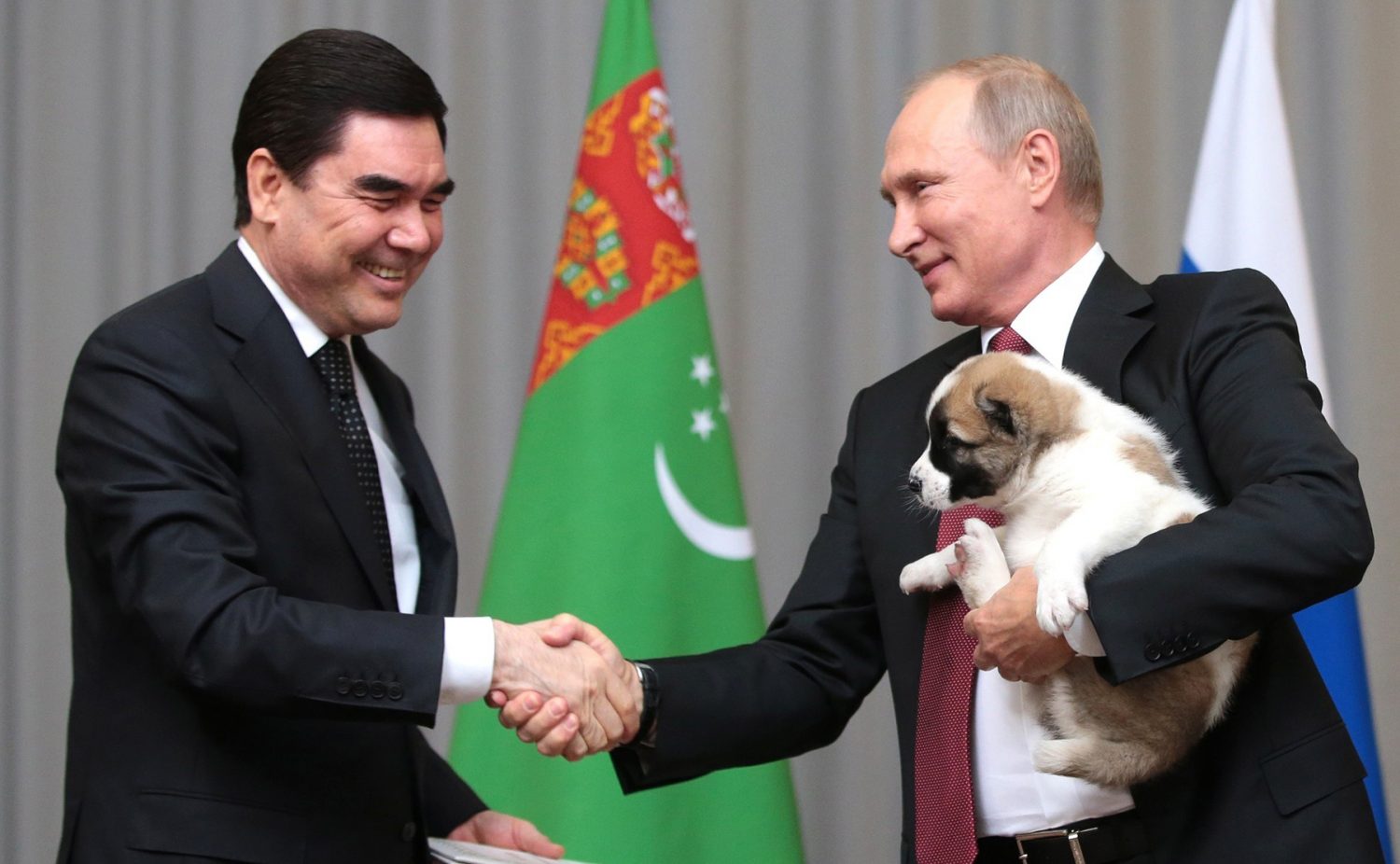 In spite of his tough guy demeanor, Putin’s love of animals is well-documented—and prospective allies have noticed.

In 2017, Turkmenistan was keen to resume natural gas exports in Russia. President Gurbanguly Berdymukhamedov convened a meeting with Putin in Sochi, where he presented the Russian leader with a Central Asian shepherd dog puppy.

The exact diplomatic impact of the dog remains unknown, but Russia does plan to resume natural gas imports from Turkmenistan next year. 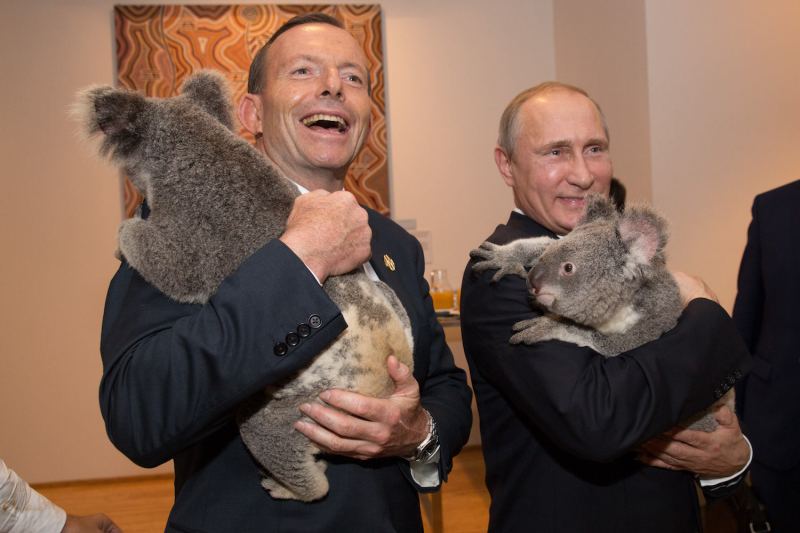 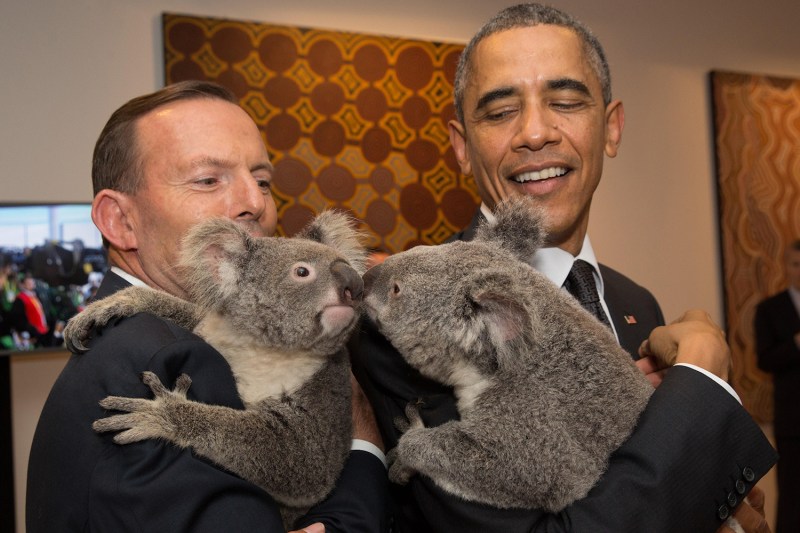 Tony Abbott may not have lasted long as Australia’s prime minister, but during his controversial two years in office, he did prove himself a master of animal diplomacy.

In November 2014, Australia played host to that year’s G-20 summit and Abbott rolled out the big guns: koalas. At a summit meeting that threatened to be overshadowed by Russia’s intervention in Ukraine, the first day of the summit instead yielded this irresistible photo op. 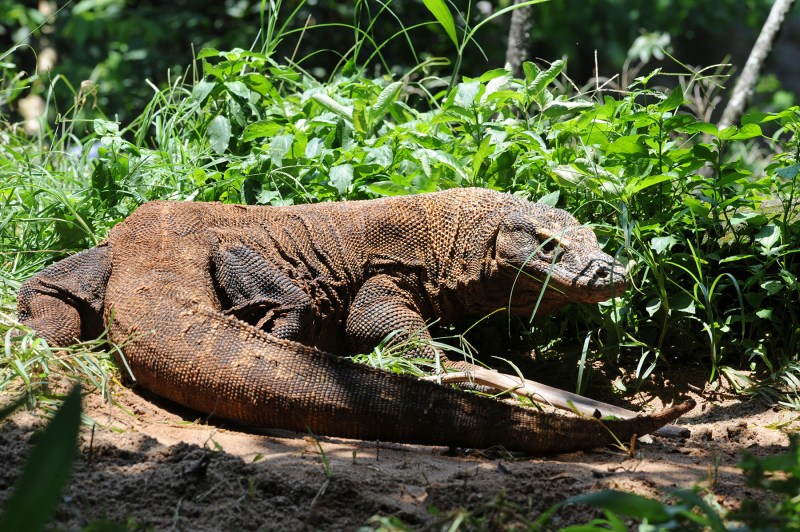 A Komodo dragon at a zoo in Jakarta in 2010. (Romeo Gacad/AFP/Getty Images)

The lizard was one of two donated to the zoo after they were given to President George H.W. Bush by President Suharto of Indonesia.

Naga seems to have enjoyed his stay in Cincinnati. He fathered 32 Komodo dragons during his time in Ohio.

As winter deepens, half of the country’s energy system is already destroyed—and the other half is under threat.

You can’t lay a string of pearls if you can’t get full access.