‘Tariff Man’ vs. the World

As expected, trade policy has dominated the Trump administration’s approach to the world—but seldom in a good way.

As expected, trade policy has dominated the Trump administration’s approach to the world—but seldom in a good way.

The administration, led by “Tariff Man” Donald Trump, has turned back the clock to the 1930s by throwing up a series of trade barriers with friends and rivals alike, a tax that’s borne mostly by American consumers. The decision to start, and then escalate, a trade war with China has hurt U.S. manufacturers and farmers. A year of tortured negotiations to update the North American Free Trade Agreement, which greatly strained relations with Canada and Mexico, ended with an agreement that looks a lot like the original, except where it cribbed from a Barack Obama-era trade pact the Trump administration previously killed. The deal still faces an uphill battle in Congress. And there’s more to come: Even as the trade wars are weighing on global growth, the administration is preparing its most sweeping (and most damaging) round of tariffs yet.

Here are five Foreign Policy articles from the past year that reflect the state of global trade and why so many people are worried about it.

Trump’s disdain for the international trading order the United States built after World War II and his penchant for protectionism are symptoms of a much broader backlash against trade and globalization that turbocharged growth but left many behind.

2. Why China Will Win the Trade War

Trump famously declared trade wars “easy to win,” but the trade battle with China shows the perils of building walls in a globalized economy. Legrain presciently highlights why starting a trade war with China would bring a lot more pain to U.S. farmers and workers than to Beijing. 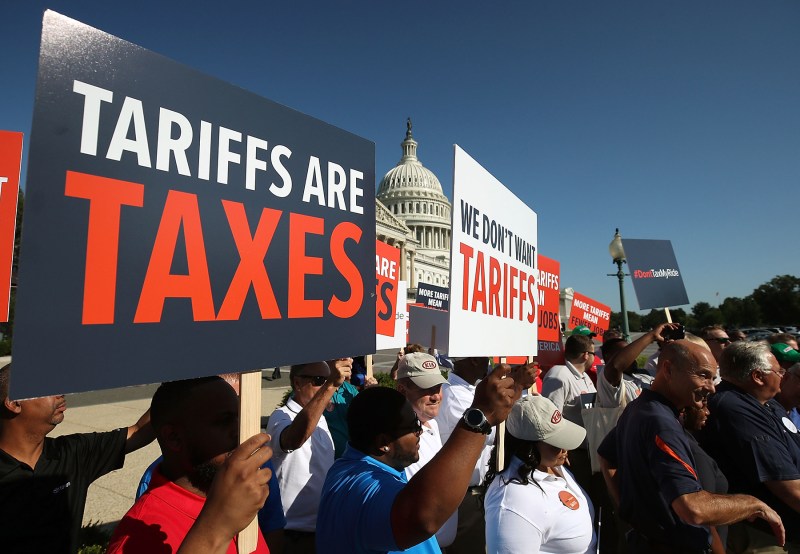 3. Trump’s Trade Wars Are Bad. They Could Soon Get a Lot Worse

As damaging as U.S. tariffs are on washing machines, steel, aluminum, and most imports from China, the really scary threat to trade is still on the horizon: a sweeping tax on imported cars and car parts that, if implemented, could devastate the U.S. auto industry.

4. Trump’s Trade War With China Is About to Get Supersized

Trump’s effort to force Beijing to change its trading practices by making Chinese goods more expensive hasn’t worked yet, but it does make it a lot harder for the United States and China to work together on big challenges like North Korea and Iran.

Fixing the “worst trade deal in history” was always a top priority for the Trump administration. But a year of threats and tense talks with Canada and Mexico yielded a revised agreement that is nearly identical to the old one—except where it looks much worse.