A look at the stories the media hyped—or largely ignored—in 2018.

The Washington media bubble is the world’s most effective incubator of viral stories. It is a hothouse of hype in which various news outlets try so hard to outdo each other that some topics are badly overplayed while others are largely ignored.

Too much of the rest of the world’s media tend to follow that lead (though there are many exceptions: Britain’s BBC World News, for example, continues to be admirably evenhanded in its selection of global topics). In the past year the main focus of breathless media attention has been U.S. President Donald Trump’s chaotic, revolving-door administration and, of course, the various investigations into his ties with Russia and business dealings. It’s too early to say how badly that latter story has been overdone—such a reckoning will have to await a final report by special counsel Robert Mueller and other investigators—but amid all the noise over Trumpworld we can still assess what other stories have been overrated, alongside those that have gotten too little attention.

The most overrated stories

The U.S. economy. With Trump cheerleading all the way, most media outlets covered America’s rising stock market, 3.8 percent unemployment rate, and record-breaking streak of job creation as a marvel to behold. Bloomberg, for example, examined “Why the U.S. Economy Is Having a Boom,” and other outlets reported it straight as Trump hyped the corporate tax cut, his only major legislative achievement (apart from getting two Supreme Court justices confirmed), as the foundation of a new “miracle.” The president’s fellow Republicans even faulted him for not making the economy the central plank of the midterm election campaign. “We’ve accomplished an economic turnaround of historic proportions,” Trump declared last summer, and too few in the media noted that eight of the 10 straight years of U.S. growth started with former President Barack Obama. But there’s an old adage on Wall Street: When you start seeing headlines about how wonderful the economy is, it’s time to sell. And only a month after the midterms, that’s what began to happen. The stock market went bearish, fed by fears of a debt bubble and further Federal Reserve rate hikes, as well as a common realization that an awful lot of people are still underwater, grasping for the surface. A far more sobered-up mood is likely to usher in 2019—accompanied, of course, by a lot of media silliness about how we may now be on the verge of the next Great Depression. 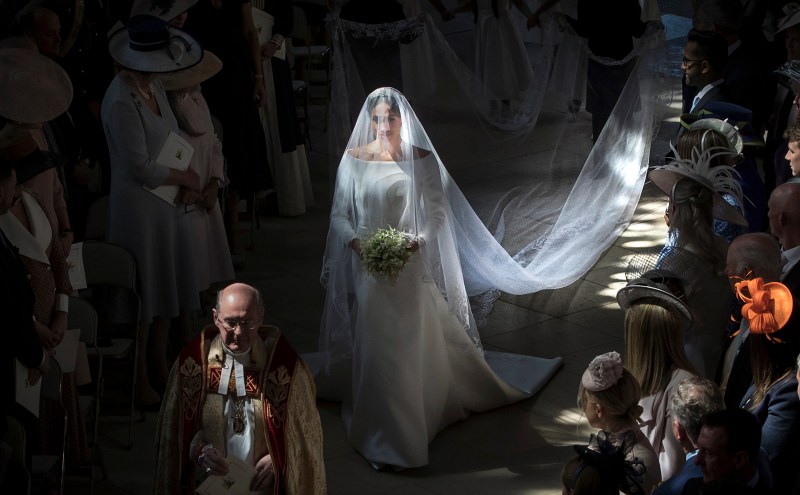 Meghan Markle walks down the aisle in St George’s Chapel, Windsor Castle, in Windsor, England, during her wedding to Britain’s Prince Harry on May 19. (Danny Lawson/AFP/Getty Images)

The royal wedding. Since Charles and Diana, at the very least, the global media always go gaga over British royals tying the knot, so this was no surprise. But this time the wedding of the “spare” (Prince Harry) may have gotten even more attention than that of the “heir” (his older brother, Prince William) because of his choice of bride: former American TV actress Meghan Markle. And why? Not so much because she was American—Wallis Simpson had already stolen that thunder in the last century—but because she was mixed-race. Great Britain likes to fancy itself post-racial, but the reaction to Markle was plainly a great ethnic yelp, to the point where an incensed Prince Harry issued a statement denouncing the “racial undertones” and “outright sexism and racism” of so much commentary. You tell ’em, Harry, but do we really care how long it takes the Windsors to catch up?

The U.S.-Mexican border wall. This is the silly trumped-up story that’s been with us since you-know-who began stumping on it in 2015, and it simply won’t go away. The problem is that everyone who’s debating it knows it’s basically a fantasy, but the media rarely report that, and so sticky an issue does the “wall” remain—mainly because it’s so critical to Trump’s relationship with his base—that it became the central stumbling point in the last weeks of 2018 as Republicans and Democrats sought to avoid a government shutdown. And make no mistake: The wall will follow us straight into 2019, without missing a beat or a brick. Yet just about every expert agrees that facts on the ground are out of sync with Trump’s alternative reality: The 2,000-mile U.S.-Mexico border is too long, the terrain is too rugged, and the economics of shuttering it with a wall are too outlandish. Nonetheless, right up through the final days of the year the media were writing about Trump’s latest promise: that his make-believe wall will somehow be paid for by his nearly as hyped trade pact, the U.S.-Mexico-Canada Agreement. One problem: That new agreement hasn’t even been approved yet, and no one has any idea either what it will cost or how much money it will bring in. And so we beat on, further down the rabbit hole. 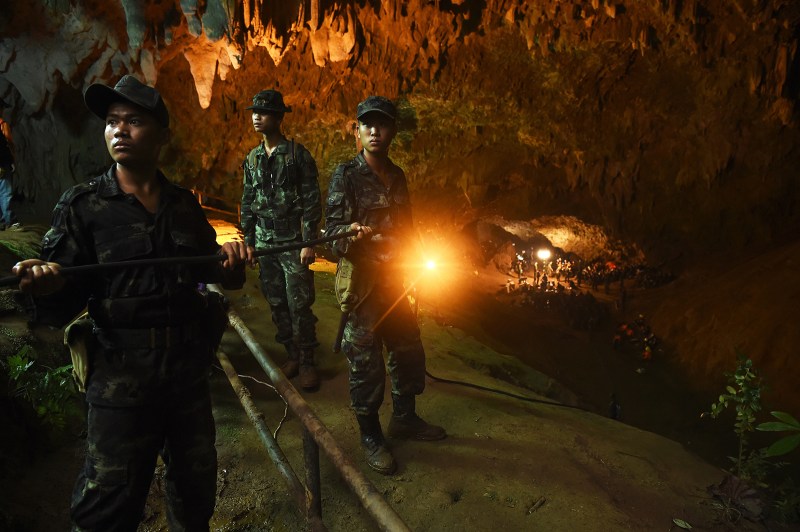 Thai soldiers relay electric cable deep into the Tham Luang cave at the Khun Nam Nang Non Forest Park in Chiang Rai during a rescue operation for a missing children’s soccer team and their coach on June 26 . (Lillian Suwanrumpha/AFP/Getty Images)

The Thai cave rescue. Even Hollywood couldn’t make this one up. It had all the elements of high drama: spelunking, stupidity, sacrifice, courage, grace under pressure, and above all a bunch of really cute kids who all escaped with their lives, grinning adorably at the cameras. It was also what we need at least once a year—some relief from all the horrible headlines. But … c’mon.

The most underrated stories 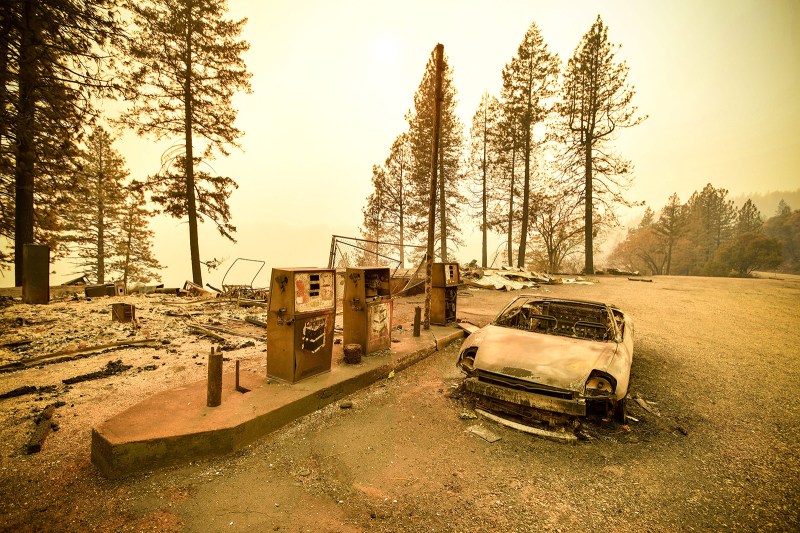 A burnt car and a gas station remain visible after the Camp Fire tore through the region near Pulga, east of Paradise, California, on Nov. 11. (Josh Edelson/AFP/Getty Images)

Climate change. The year 2018 was checkered with raging forest fires unlike any in the past, unprecedented drought, historically horrific hurricanes and floods, and a caravan of desperate refugees moving north to America’s borders in what Trump termed “an invasion.” But most politicians—especially in Washington—remained leery of talking seriously about the likely cause of a lot of this terrible stuff happening on earth: what’s happening on high. Take that mass of refugees heading up from Central America. The media reported they were escaping from violence and poverty, but few paid attention to the four-year drought that drove so many from their homes. As Helena Silva-Nichols reported in Foreign Policy: “Once-fertile plots of land are parched. Rain is sporadic at best, and when it does come, it is torrential, devastating the few remaining crops. The drought, which began in 2014, is the worst to hit Latin America’s dry corridor—a stretch of land that runs from southern Mexico down to Panama—in decades.” It’s not that governments didn’t try to bring up climate change; even Trump’s own interagency report said the long-term human, societal, and economic costs of climate change will continue to rise dangerously, leading to more wildfires and flooding. But that got little attention before the Washington debate returned to its favorite subject: the wall. And the United Nations and other governments continued to look to Washington and wring their hands.

China’s great lurch rightward. It’s not that the media haven’t paid attention to Chinese leader Xi Jinping’s efforts to roll back four decades of carefully measured liberalization and turn himself into the next Mao Zedong. But few have wrapped their heads around how brutal and dangerous to the world order this dramatic shift has been. Xi has sought total control, crushed civil society, and set up a gulag in the west, where China began operating a system of internment camps for Muslims in Xinjiang. Ethnic Uighurs are disappearing by the thousands into concentration camps for what the state calls “transformation through education.” As FP’s Jonathan Tepperman wrote: “Under the guise of fighting corruption, President Xi Jinping is methodically dismantling virtually every one of the reforms that made China’s spectacular growth possible over the last four decades.” Xi is starting to make Russia’s Vladimir Putin look like a reformer. 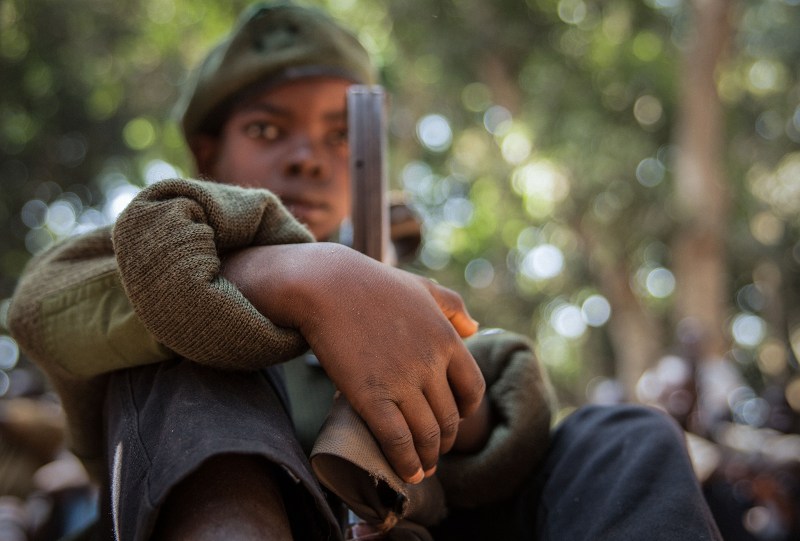 Child soldiers and human trafficking. Human rights have suffered a major downgrade under the Trump administration, as demonstrated by the White House’s cavalier attitude toward the horrific death of the journalist Jamal Khashoggi, likely on the orders of Saudi Crown Prince Mohammed bin Salman. But this has extended into so many areas, not least the transformation of children around the world into killing machines. Under the Child Soldiers Prevention Act of 2008, the State Department identified 11 countries as violators: Myanmar, the Democratic Republic of the Congo, Iran, Iraq, Mali, Niger, Nigeria, Somalia, South Sudan, Syria, and Yemen. While under the law these countries are technically prohibited from receiving U.S. military aid, the president can waive these prohibitions. And the Trump administration has continued to do so, declaring that it is in the national interest of the United States to provide U.S. military assistance to seven of these countries: Iraq, Mali, Niger, Nigeria, Somalia, South Sudan, and Yemen. With the uproar over the Saudi-led war in Yemen, Congress may have something to say about that.

Italy’s rebellion and Macron’s plummet. While U.K. Prime Minister Theresa May’s Brexit battle got most of the attention in Europe, the recalcitrance of Italy’s left-right government when it came to orders from Brussels and the cliff dive that French President Emmanuel Macron—once seen as Europe’s young antidote to Trump—took in the polls were probably more dire events this year. But we were so glued to the Brexit drama that few people saw them coming. To be sure, the Brexit fight and Italy’s partial compromise on budgets were signs that it’s not as easy to leave the European Union as some people think. But the right keeps rising, and it’s hard to know which sprouting weed to cover next.