This was a banner year for understanding the ways in which technology will change the world—for the worse.

Facing online disinformation, widely available surveillance technology, and the sprawling possibilities of artificial intelligence, in 2018 scholars, journalists, and policymakers began to grapple with the potentially catastrophic consequences of technological change.

Foreign Policy took up that theme in a raft of articles, but the following five provide a particularly outstanding tour of our dystopian present and future.

1. The Algorithms of August

The United States and China are in the early stages of an artificial-intelligence arms race, but that competition is unlikely to look like the conflicts of the past. Unlike bombers and missiles, artificial intelligence is a dual-use technology with both military and civilian applications. That opens the door for middle powers—such as France and Sweden—to compete, and it will require policymakers to rethink what an arms race means in the 21st century, the scholar Michael C. Horowitz argues.

2. A Million Mistakes a Second

In war, speed is an advantage. And as ultrafast computing proliferates into ever greater numbers of military applications, that means computers will be making crucial decisions of war and peace. That may confer an offensive advantage but carries with it possibly disastrous consequences, as accidental military confrontations rapidly spiral out of control. The market has gone through “flash crashes” caused by automated trading, and the future could be “flash war,” the defense intellectual Paul Scharre writes. 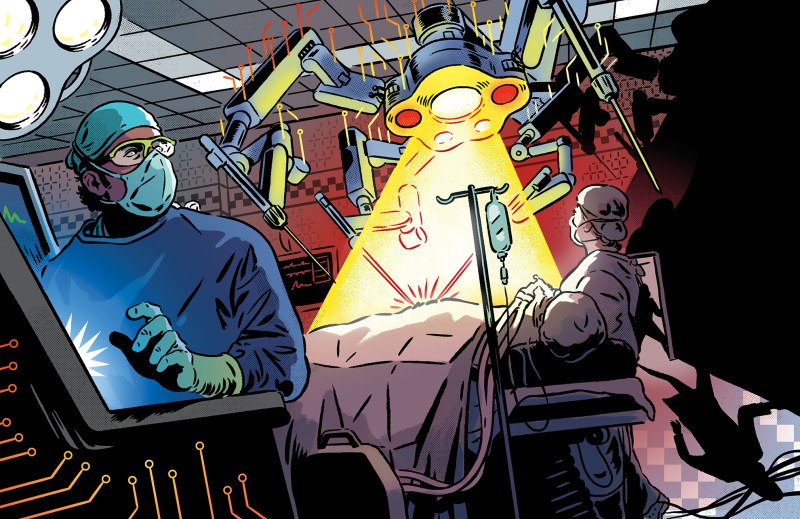 3. In Cyberwar, There Are No Rules

A new domain of warfare needs new rules of engagement. But in cyberspace, digital armies are clashing with no clear rules in place, writes the scholar Tarah Wheeler. Exactly what constitutes an act of war in cyberspace remains unclear, and that leaves both governmental and corporate actors in a strange gray area just as the new conflict explodes.

The proliferation of disinformation and propaganda has created a cottage industry of online detectives hunting down online spy operations. Kris Shaffer of the cybersecurity firm New Knowledge is one such sleuth, and his journey into the online wilderness of mirrors illustrates the strange, often surprising skill sets required of these analysts. Shaffer was a musicologist who wrote his dissertation on a Hungarian avant-garde composer, Gyorgy Ligeti, whose own claims about his music were a mixture of fiction and truth. Shaffer wrote computer programs that used AI to analyze Ligeti’s music and separate truth from fiction. Now he uses that same technology to hunt down Russian bots online, FP’s Elias Groll reports.

5. The Rise of the Cyber Mercenaries

The tools of online surveillance that were once the exclusive domain of well-resourced national intelligence agencies are now proliferating far and wide. Companies such as Israel’s NSO Group are selling highly sophisticated hacking and snooping technology to the highest bidder—frequently Middle Eastern monarchies. These technologies are being used by governments to go after both cybercriminals and dissidents, with potentially disastrous consequences for human rights, Neri Zilber reports.