Trump’s War on the World Order

Five Reads: The best Foreign Policy stories of 2018 on multilateralism.

From his earliest days on the campaign trail, U.S. President Donald Trump made clear his disdain for the international organizations that have regulated trade, promoted human rights, and advanced international peace since the end of World War II.

Some of the people Trump surrounded himself with after the election pushed back on his isolationist tendencies, including Defense Secretary James Mattis, Secretary of State Rex Tillerson, and National Security Advisor H.R. McMaster. But those officials are all gone or on their way out now, replaced by people who share the president’s skepticism for these organizations, including Secretary of State Mike Pompeo and National Security Advisor John Bolton. In an address to foreign scholars and dignitaries in Brussels earlier this month, Pompeo questioned the value of most international organizations. “Multilateralism has too often become viewed as an end unto itself,” he said. “The more treaties we sign, the safer we supposedly are. The more bureaucrats we have, the better the job gets done. Was that ever really true?”

Here are five stories on the travails of multilateral institutions in the Trump era.

1. The World Order is Starting to Crack

For Stewart Patrick, the Trump presidency represents nothing less than an existential threat to the liberal world order, forcing America’s closest allies, particularly in Europe, to go it alone or deepen their relations with America’s strategic competitors, such as China.

2. Trump Wants to Destroy the World Order. So What?

James Kirchick argued just a few months ago that the U.S. Congress, as well as the president’s national security team, stood as a vital check on the president’s capacity to do harm. “There is no one in the upper echelons of the U.S. diplomatic and military firmament who even remotely shares the president’s antipathy to the EU, NATO, or U.S. global leadership, never mind his bizarre affinity for Putin.” What a difference five months can make. 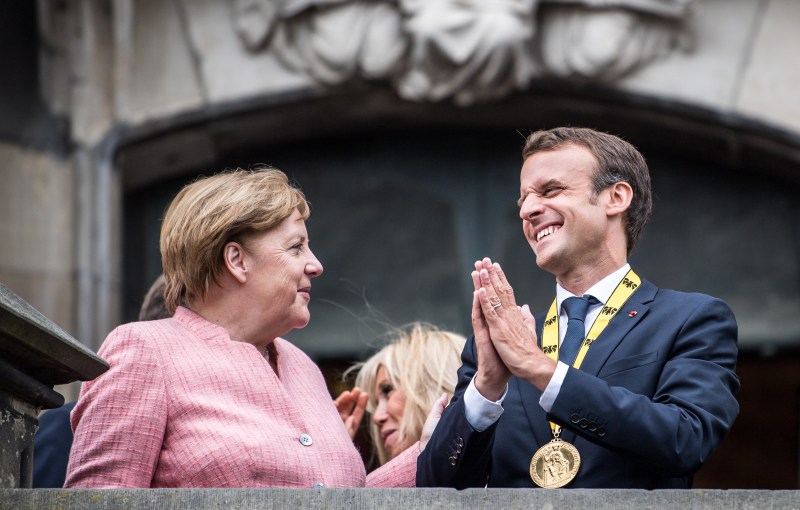 The trans-Atlantic alliance, which served as a bulwark against Soviet ambitions since World War II, seemed to lose its purpose at the end of the Cold War, writes Foreign Policy columnist James Traub in this essay. But Trump has driven relations to a new low, refusing to cooperate with European allies on a range of issues, including climate change, migration, and the effort to contain Iran’s nuclear ambitions. Traub weighs Europe’s efforts to carve out a new identity for itself in an age when the United States is showing less and less interest.

Trump has often been compared to the 7th U.S. president, Andrew Jackson, for his commitment to an isolationist foreign policy. But in this profile, Quinn Slobodian makes the case that the United States is developing a radically bilateralist trade policy. America, he notes, still wants to do business with other foreign powers. But it wants to ditch the rules that have governed international relations for more than 70 years.

5. Trump Stealthily Seeks to Choke Off Funding to U.N. Programs

For Trump, bringing the global order to heel requires an army of loyalists willing to translate his agenda into action. So far, a Republican-controlled Congress has refused to go along with the president’s calls for massive cuts in foreign aid and contributions to international organizations such as the United Nations. But during the past year, political appointees seeded throughout the federal government have tried to bring the president’s goals to fruition (often with limited success). In this investigation, FP’s Robbie Gramer and Colum Lynch document the administration’s efforts to bury U.S. funding for international organizations in bureaucracy.

‘Responsibility to Protect’ Is One More Casualty of the Syrian War

Peru’s New President Isn’t as Radical as He Looks

Biden and Erdogan to Hold First Bilateral at NATO Summit