For nearly four years, Yemen’s civil war has spiraled the country into chaos and sparked the world’s worst humanitarian crisis. Until this year, it was a crisis mostly overlooked in Washington.

With U.S. military and logistical support, a Saudi-led coalition of Arab states has waged a war against Iran-backed Houthi militants for control of the country. The conflict eroded Yemen’s already weak economy and destroyed much of its vital infrastructure, leaving most of the country clinging to humanitarian aid and up to 14 million people at risk of famine. U.S. President Donald Trump has maintained support for the coalition in Yemen, seeing it as a key battleground against Iran’s regional influence and terrorist groups. But Congress is losing patience with what critics see as a blank U.S. check for an atrocity-ridden war. 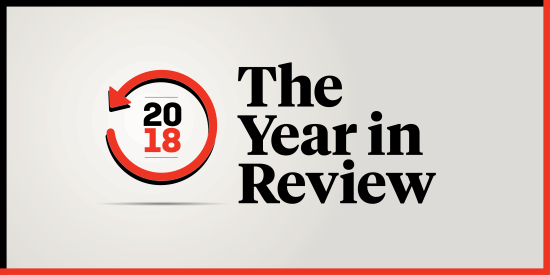 The murder of journalist Jamal Khashoggi by Saudi government operatives, and Trump’s fumbling response, fueled new levels of anger in Washington over the U.S.-Saudi relationship that spilled over into Yemen policy. It stoked a dramatic showdown between a bipartisan group of lawmakers and Trump—a rare example of a Republican-majority Congress standing up to the president. In a sharp rebuke of Trump and a sign lawmakers want to limit the president’s war power authorities, the Senate voted 56 to 41 on Dec. 13 to end U.S. military assistance for Saudi Arabia’s coalition—a prelude to more fights to come when the new Congress arrives in Washington in January.

Here are five Foreign Policy articles and arguments to read, from those in Washington tracking the political battle to those in Yemen watching the conflict unravel firsthand:

1. How the UAE’s Chinese-Made Drone Is Changing the War in Yemen

In April, live drone footage obtained by FP showed a strike killing Saleh al-Samad, a senior Houthi political figure in Yemen. The drone strike, carried out through the United Arab Emirates, a key member of the Saudi coalition, showcases how the UAE has grown more assertive in covert operations, thanks in part to Chinese-made military tech.

2. ‘There Is an American Imprint on Every Single Civilian Death Inside Yemen’

Sen. Chris Murphy (D-Conn.) has emerged as a leading critic in Congress of U.S. involvement in the war in Yemen, and he helped orchestrate the Senate vote calling for an end to U.S. support for the Saudi-led coalition. In an interview with FP in November, Murphy linked Khashoggi’s killing and the war in Yemen as interconnected examples of Saudi Arabia “lying through their teeth” to Washington and said the United States bears responsibility for atrocities in the war. “I don’t think there is any way around complete American culpability for the humanitarian nightmare that is happening there,” he said.

3. Women Want to Put Yemen Back Together Again

Yemeni activists say the best way to improve women’s lives after the country’s war is to include them in the peace process. Research that shows women’s participation in peace talks make any final deals more successful and durable. Whether the Saudi-backed Yemeni government or the United Nations, which is currently brokering peace talks, takes this issue to heart remains to be seen. 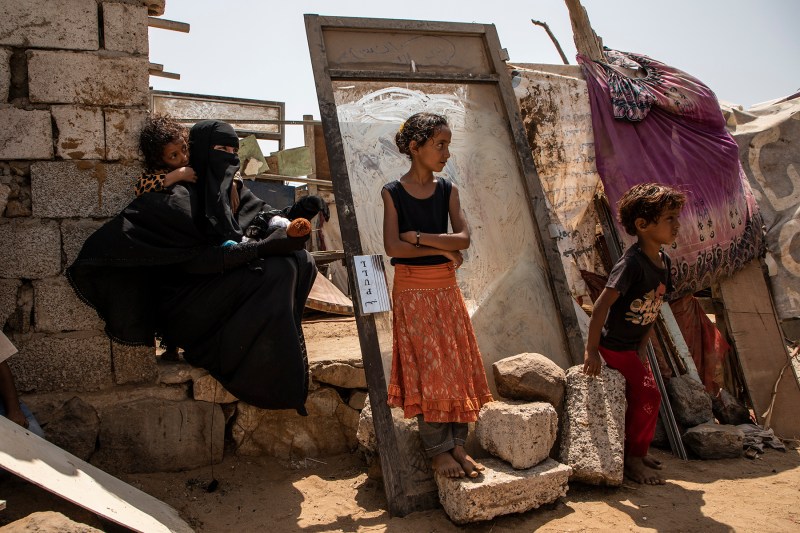 A woman displaced by fighting in Taiz sits outside her temporary home with her family on the outskirts of Aden, Yemen, on Oct. 15. (Will Swanson for Foreign Policy)

4. Saudi Arabia and the United Arab Emirates Are Starving Yemenis to Death

At the height of the backlash against the killing of Jamal Khashoggi in November, two leaders of an independent Yemeni nonprofit organization wrote that the Saudi and Emirate bombing campaign, with U.S. military logistical support, was pushing their country further to the brink of starvation. “Reversing course—ending U.S. military support for the Saudi-Emirati intervention in Yemen and supporting U.N.-led peace efforts and the reopening of Yemen’s air and sea ports—can still save millions of lives,” wrote Radhya Almutawakel and Abdulrasheed Alfaqih of the Mwatana Organization for Human Rights.

5. The Other War in Yemen—for Control of the Country’s Internet

While coverage of Yemen’s civil war has focused on its destruction and civilian death toll, another conflict has been playing out in the background: a war for control of the country’s internet, reports FP’s Elias Groll. The Houthis, in control of Yemen’s capital Sanaa, are keeping a chokehold on internet access and potentially deploying wide-reaching internet surveillance tools. They may even be running a cryptocurrency mining operation, according to analysis from cybersecurity experts.

The Year in Review |
Elias Groll

Why Is Mainstream International Relations Blind to Racism?

How America’s Founding Fathers Missed a Chance to Abolish Slavery