Read Foreign Policy staffers’ reviews of recent releases on the failings of liberal do-gooders, the feminist movement in China, and turning points for nations in crisis.

It’s a Hobbesian world out there, and only realists thrive. For John J. Mearsheimer, the argument that Washington policymakers should embrace realpolitik is familiar, and he pounds it home in The Great Delusion.

Read Foreign Policy staffers’ reviews of recent releases on the failings of liberal do-gooders, the feminist movement in China, and turning points for nations in crisis. 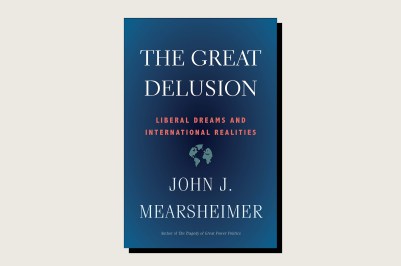 It’s a Hobbesian world out there, and only realists thrive. For John J. Mearsheimer, the argument that Washington policymakers should embrace realpolitik is familiar, and he pounds it home in The Great Delusion.

Liberal do-gooders on the international stage fail to achieve their goals and actually do more harm than good, he argues. Beginning with Bill Clinton’s presidency and continuing through the next two administrations, Washington aimed to spread democracy, build international institutions, and forge a more open economic system. The result, Mearsheimer says, has been endless war overseas and an erosion of liberal values at home, thanks to the global war on terrorism and an all-pervasive security state. The United States would be better off, he argues, recognizing that states care about survival, not liberal values. In that sense, he implicitly welcomes President Donald Trump’s “America First” foreign policy, which casts itself as an antidote to decades of liberal adventurism.

The Great Delusion is carefully argued, engaging, and thought-provoking, though sometimes maddening. It is not always clear what flavor of liberal internationalism Mearsheimer is indicting. Ostensibly, it’s the quest for liberal hegemony that was made possible only with the fall of the Soviet Union and the end of the Cold War. Examples of folly include rushing to expand NATO eastward, which spooked Russia; liberating Iraq at gunpoint, which unleashed years of sectarian violence; and supporting the Arab Spring, which led to instability.

But Mearsheimer is forced to also take aim at a much broader definition of what liberal internationalism is, an indictment that encompasses all U.S. administrations that followed Woodrow Wilson’s, not just the post-Cold War warriors.

The heart of his argument is simple: Inside a country, liberal policies work well because there’s a state power that can enforce rules, protect rights, and prevent conflict among factions. On the international stage, there is no higher power to do any of those things. The only alternative for policymakers, in his view, is to deal with that reality and forget about trying to change the world.

But liberal internationalism is an effort to grapple with that reality. Democratic states go to war with other democratic states less frequently than they do with authoritarian states. International institutions, such as the United Nations and the World Trade Organization, can impose some order and enforce rules. Deliberate efforts to lower trade barriers and spur investment formed the basis for decades of prosperity after the nightmare of the 1930s.

Post-Cold War foreign policy in the United States has been a mess, but that doesn’t necessarily impugn all efforts to turn that Hobbesian world into a place that’s a little bit less nasty and brutish. —Keith Johnson 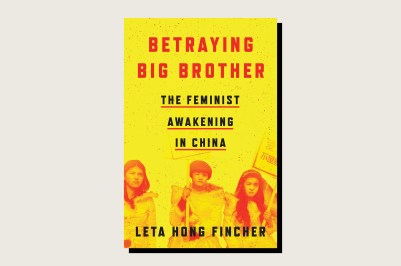 In Betraying Big Brother, Leta Hong Fincher traces the nascent beginnings of the Chinese feminist movement after 1949 and follows as it blossomed during the 2000s, spurred on by the advent of social media and the participation of a younger, more educated female citizenry.

Hong Fincher focuses on the so-called Feminist Five—activists arrested in advance of International Women’s Day 2015 for anti-government commentary and political performance art. (Most notorious was the 2012 “Bloody Brides” demonstration, in which protesters dressed in wedding gowns smeared with fake blood—a protest against the lack of a Chinese domestic violence law.)

More than history, Betraying Big Brother is a salvo against the paternalistic regime headed by Xi. As Hong Fincher notes, statistics on sexual violence within China are either wildly underreported or completely unavailable. Worse, those who report sexual assault often suffer retaliation; alleged perpetrators are rarely held accountable for their actions; and censorship of online speech can derail activists’ attempts to communicate, let alone mobilize.

Chinese women are often taught that feminism is ugly and are told to stay obsequious by their parents, teachers, managers, and the government. But as Wang Man, a member of the Feminist Five, argues, “Feminism can be a real lifeline.”

With a dearth of information about non-Western feminist responses to sexual assaults and predation, Hong Fincher has filled an important gap and showed how a generation of Chinese women is making great strides. —Adrienne Shih 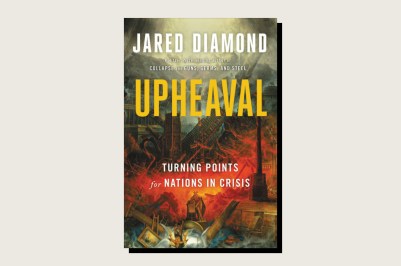 Upheaval is the culmination of Jared Diamond’s trilogy of books seeking to explain the rise, fall, and recovery of nations. It began in 1997 with the epochal Guns, Germs, and Steel: The Fates of Human Societies and continued with Collapse: How Societies Choose to Fail or Succeed in 2005.

Guns, Germs, and Steel offered a bold (and much-criticized) new thesis about how the seeds of the modern world were (literally) planted thousands of years ago. Collapse took a much narrower view, analyzing a few failed societies—including that of Easter Island and the Maya. Upheaval takes that same approach and thus suffers from many of the same flaws.

In it, Diamond starts from the premise that many strategies that individuals use to overcome personal trauma are applicable to nations trying to recover from crises. He frames the book around a 12-point checklist of coping strategies, which he then shoehorns into each selected country’s experience.

It’s an awkward fit that does little to help distill broader lessons. The first case study, looking at Finland’s idiosyncratic response to the Soviet invasion of 1939 and implicit Russian threats ever after, was a unique response to very particular circumstances. “Finlandization is not for export,” Finnish leaders explain repeatedly in Diamond’s telling—making the country an odd case study for a book meant to outline lessons for other crisis-challenged states.

Many national dramas that Diamond spotlights make for interesting pocket histories. But as a heterogeneous group of countries, they are less useful as learning experiences.

Some countries—such as Chile before, during, and after Augusto Pinochet—faced largely internal crises. Others—such as 19th-century Meiji-era Japan, which was forced by the West to end its isolation policy—faced an external shock. Some crises, such as the Soviet invasion of Finland, exploded in a single day, though the effects were felt for years.

Diamond concludes with a gloomy look at America’s current political polarization, arguing that “we still have no national consensus about what’s wrong,” which makes solutions elusive. The doomsday environmentalism that underpinned Collapse makes an encore appearance at the end of Upheaval. Judging by Diamond’s own framework of personal trauma recovery, there we have even less reason for optimism. —KJ

These reviews originally appeared in the Winter 2019 issue of Foreign Policy magazine.