From the border wall to billionaire presidential candidates.

By promising a declaration of national emergency, Trump is trying to maintain his populist image, FP’s Michael Hirsh writes. But the Democrats are gaining on him.

Meanwhile, for U.S. military families, potentially diverting billions of dollars away from military construction projects is a slap in the face. Those are funds that could have gone toward building hospitals and infrastructure improvements, as FP’s Lara Seligman reports.

Below are five more essential essays from Foreign Policy from the week gone by. 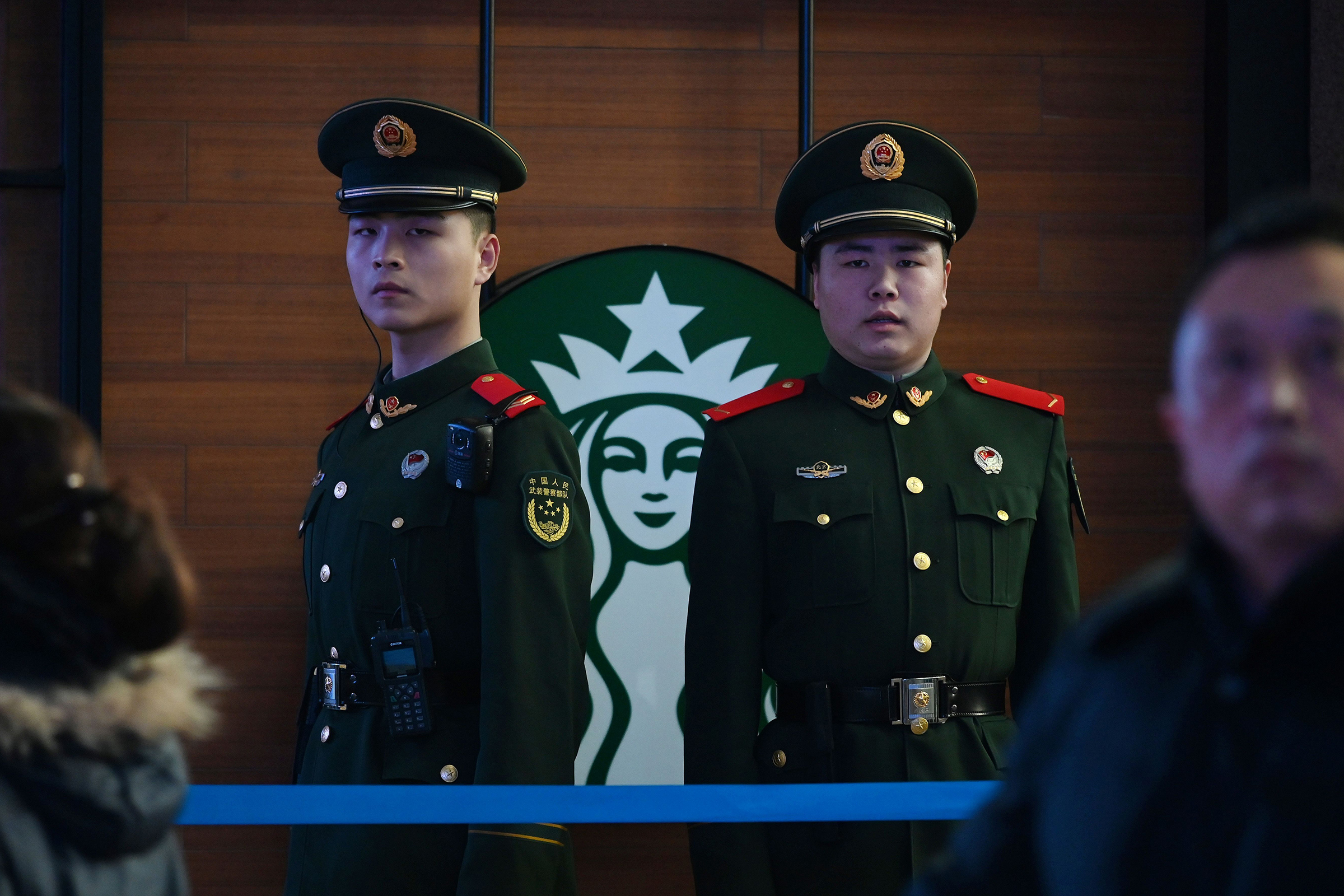 Paramilitary police officers stand guard near a Starbucks in the Beijing Railway Station on Feb. 2 ahead of the Lunar New Year. (Greg Baker/AFP/Getty Images)

Starbucks has opened more than 3,400 locations in China, and Beijing could very well welcome a U.S. President Howard Schultz. But even if the Starbucks founder divests his business interests, his election would complicate an already fraught U.S.-China relationship, Will Doig writes. 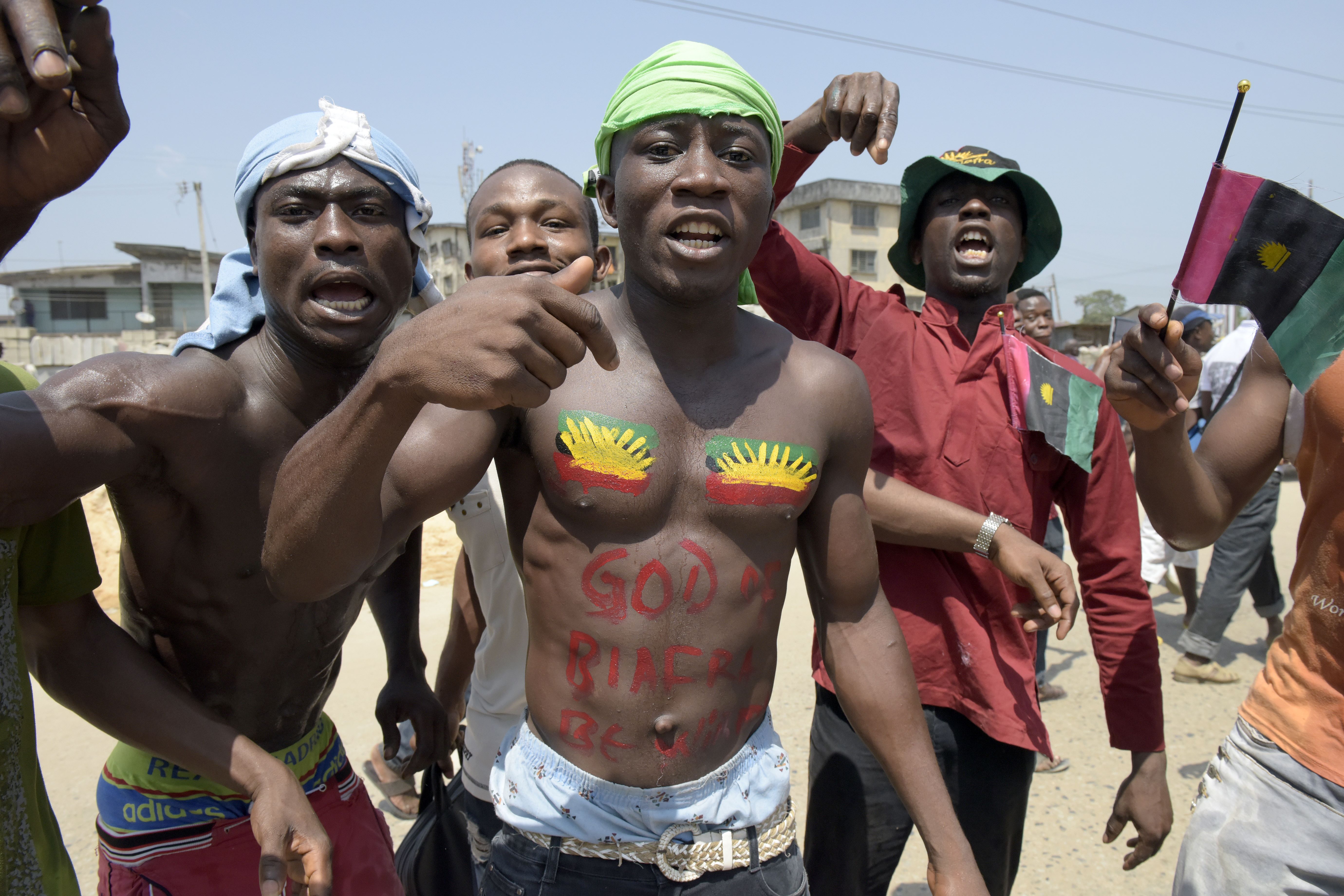 Pro-Biafra supporters shout slogans in Aba, southeastern Nigeria, during a protest calling for the release of a key activist on Nov. 18, 2015. (Pius Utomi Ekepi/AFP/Getty Images)

Ahead of the country’s upcoming national election, both presidential candidates have promised to restructure the country’s delicate federal system. In a country that fought a civil war from 1967 to 1970, regional autonomy has become a top—but potentially explosive—issue, Max Siollun writes. 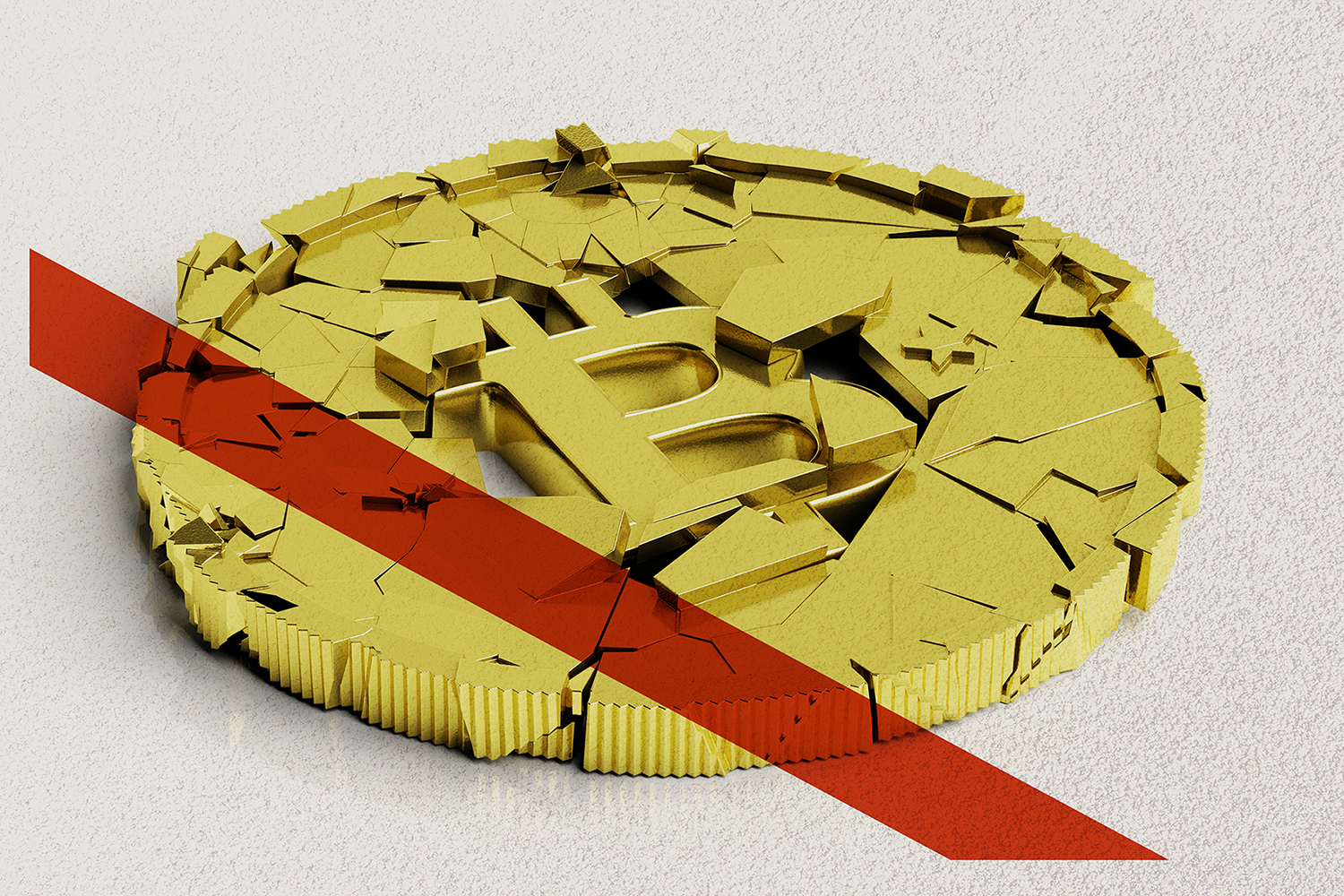 Thinking about investing your cash in bitcoin? You may want to reconsider. Bitcoin advocates may talk of the stupendous security of the blockchain, but the system is plagued by hacks, fraud, and social engineering, David Gerard writes. 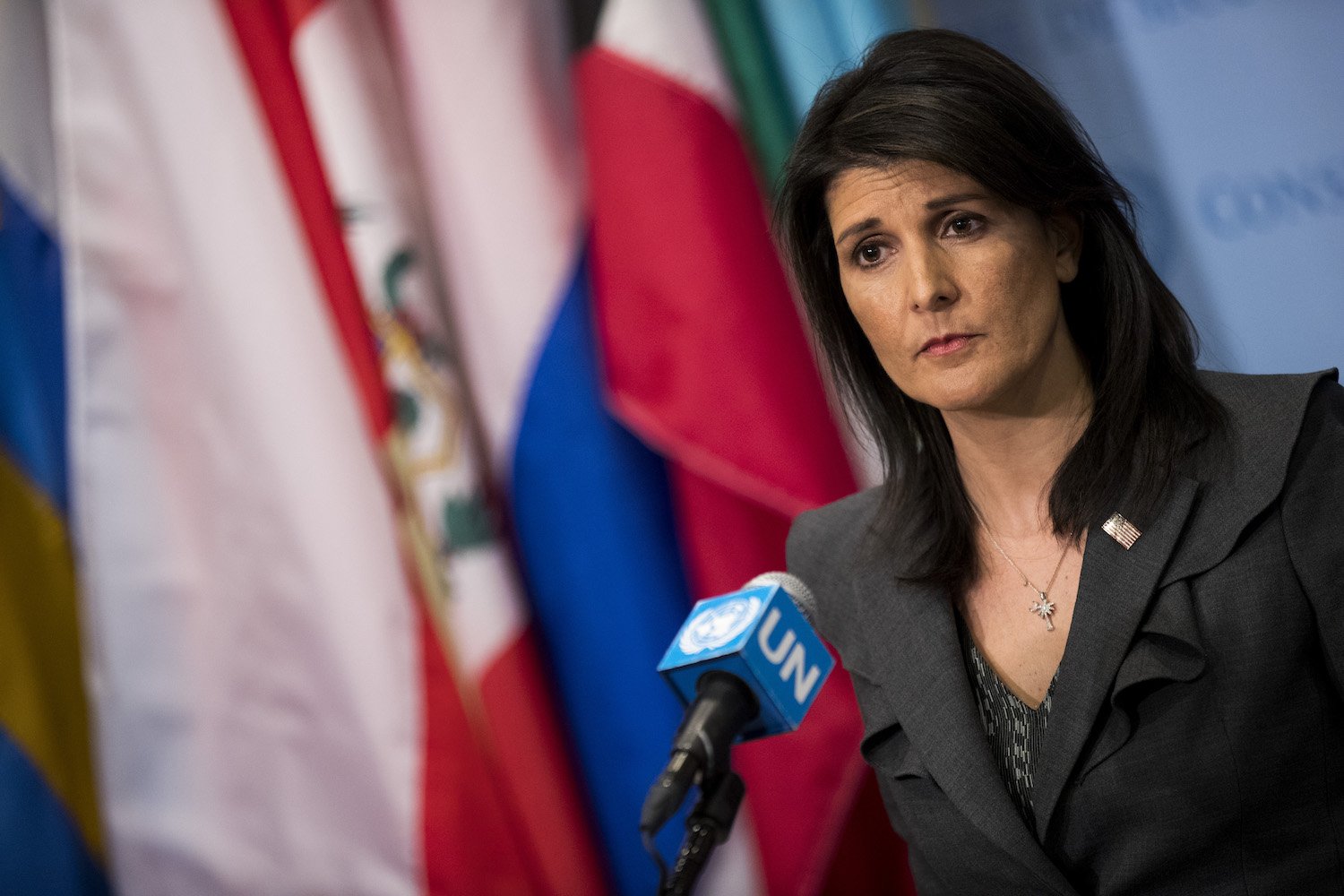 4. Haley Tried to Block Appointment of Chinese Diplomat to Key U.N. Post. He Got the Job Anyway. 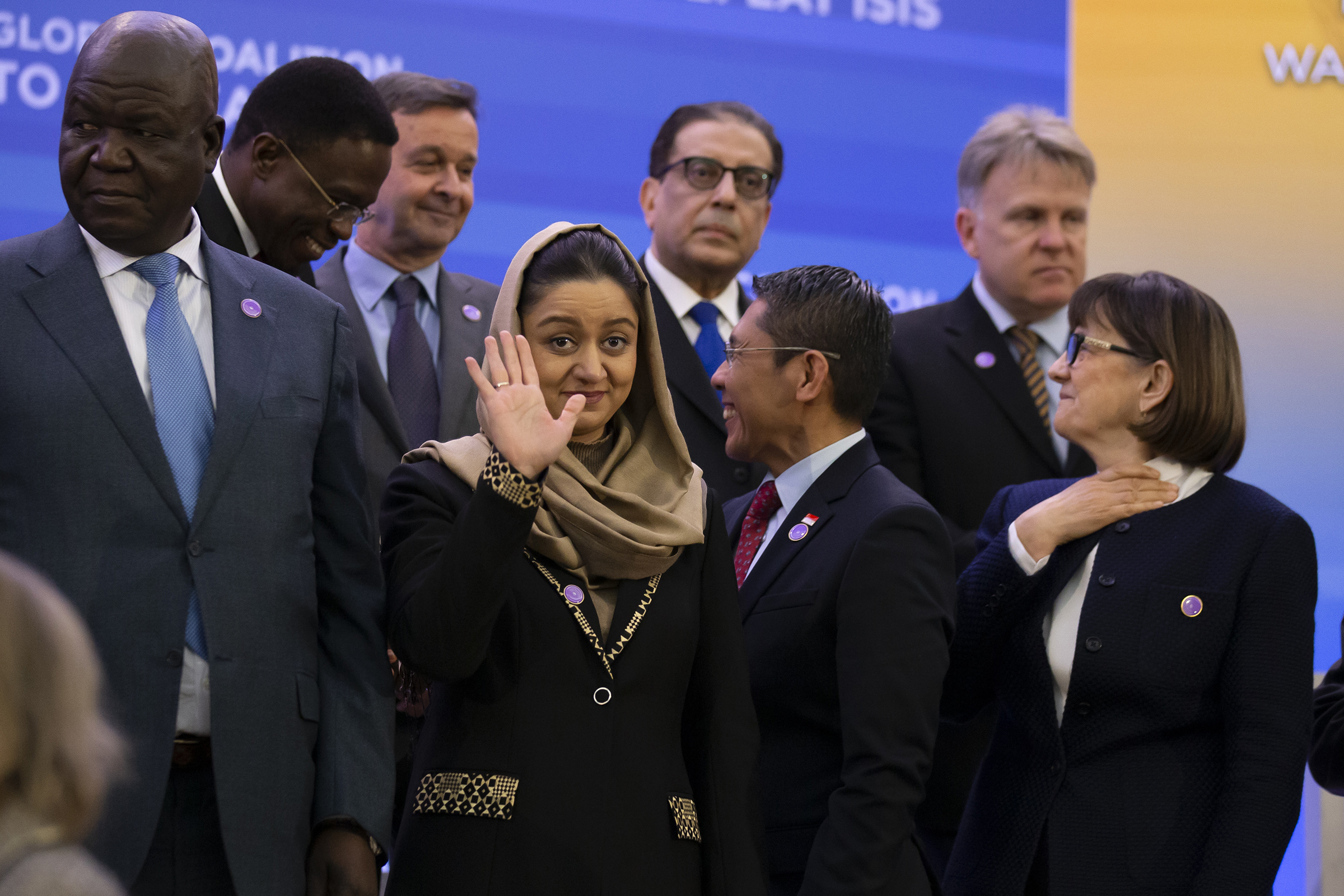 Roya Rahmani, Afghanistan’s ambassador to the United States, waves before posing for a photo during the Global Coalition to Defeat ISIS meeting at the State Department in Washington on Feb. 6. (Alex Brandon/AP)

5. Afghan Women Are ‘Not Willing to Give Up Their Rights’

Afghanistan’s ambassador to the United States sits down with FP’s Elias Groll and Lara Seligman to discuss a possible peace deal with the Taliban, whether it is possible to trust the militant group, and Afghan security forces’ staggering battlefield losses. 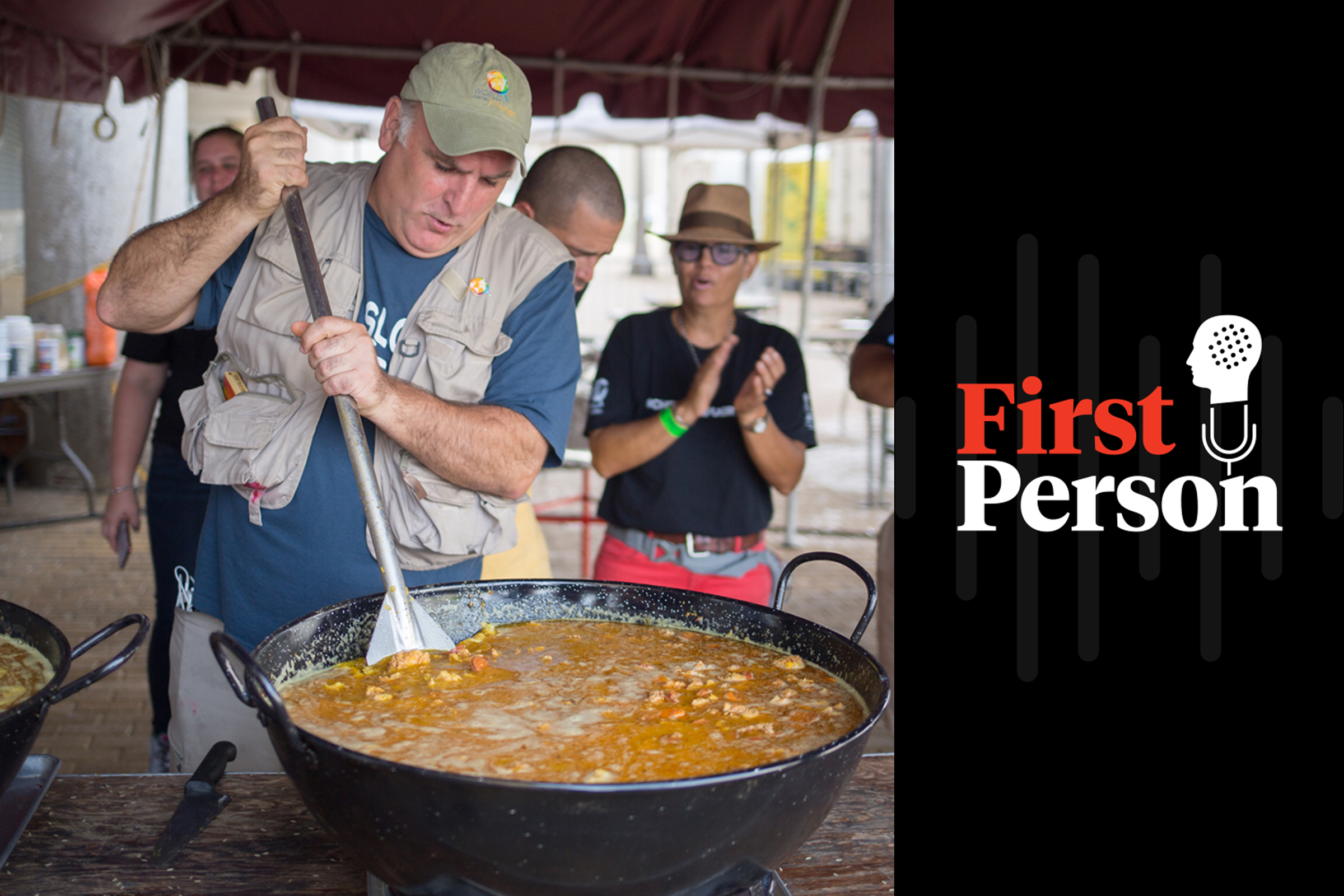 For your weekend playlist: On this week’s First Person podcast, the chef and activist José Andrés talks about his newest project, World Food Kitchen, a nonprofit that provides food aid around the world. For Andrés, walls need to be shorter—and dining tables longer.