What’s at stake in Turkey’s local elections, and how the United States drives out Chinese talent.

This weekend, as Turkey goes to the polls for local elections, Turkish President Recep Tayyip Erdogan is fighting to maintain the popularity of the ruling Justice and Development Party.

In the Pacific, U.S. commanders are increasingly worried about China’s growing reach.

And in Mali, the government is struggling to maintain order in the face of growing instability. 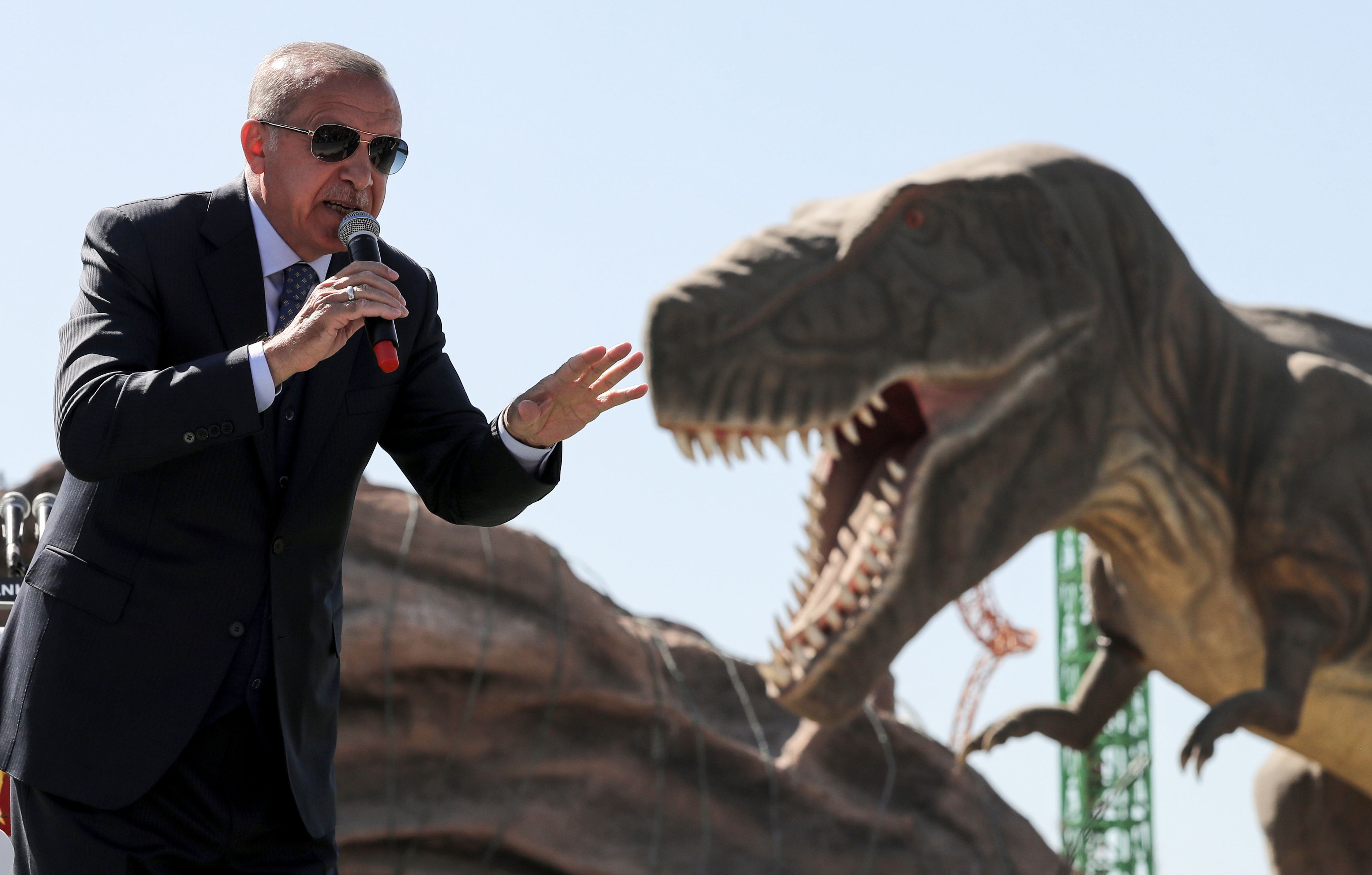 Turkish President Recep Tayyip Erdogan delivers a speech next to a model dinosaur during the opening ceremony of the Wonderland Eurasia theme park in Ankara on March 20. (Adem Altan/AFP/Getty Images)

1. Erdogan Is Weak. And Invincible.

At a time when Erdogan is facing major threats to his popularity, observers have been quick to speculate that this weekend’s local elections could be a disaster for him and his Justice and Development Party. However, the grassroots vote is likely to see the party shore up its power through a mix of the same tactics Erdogan has used dominate Turkey’s political scene for almost two decades, FP’s Steven A. Cook writes. 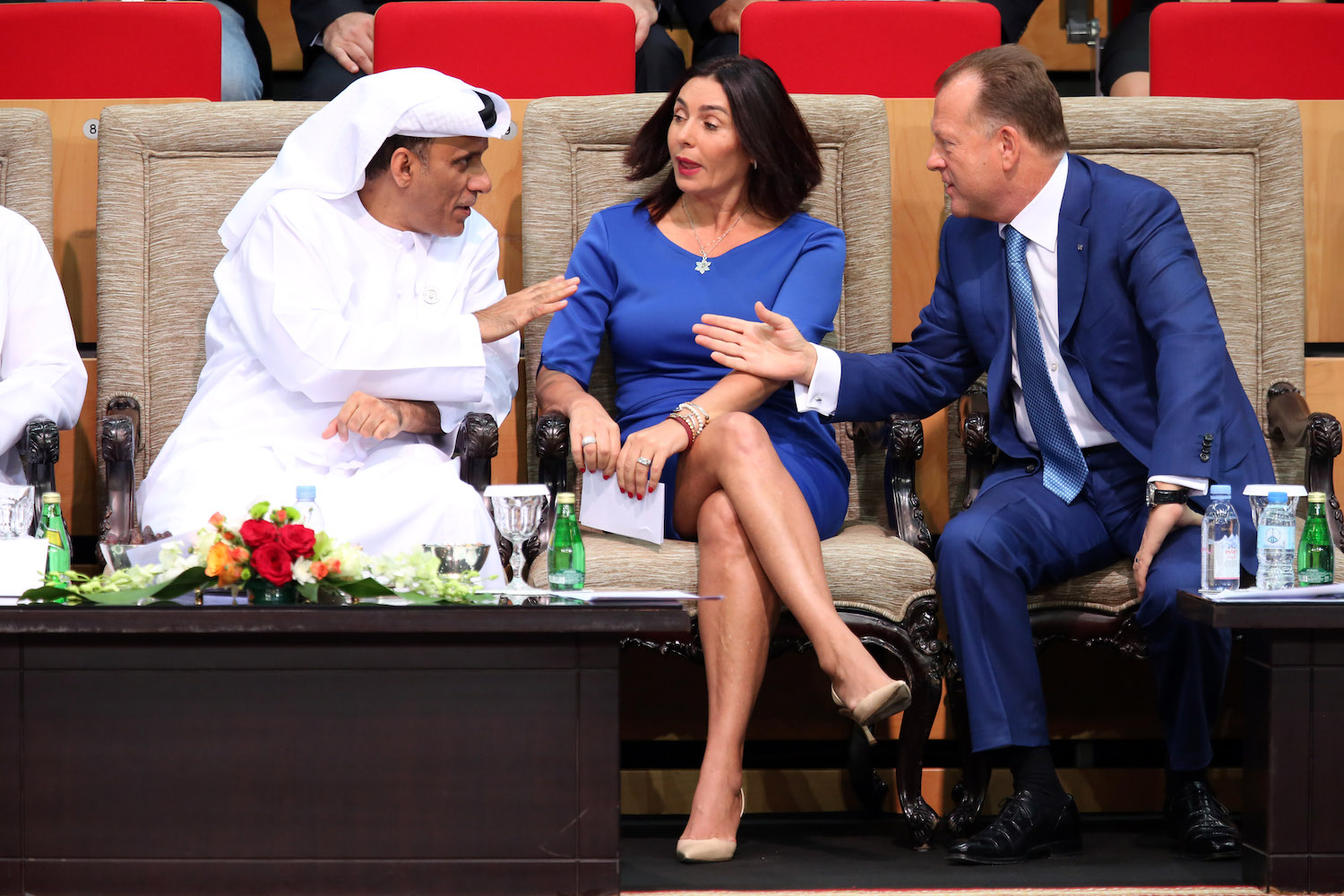 2. How the Gulf States Got in Bed With Israel and Forgot About the Palestinian Cause

Persian Gulf leaders from Riyadh to Doha are cultivating stronger ties with Israeli Prime Minister Benjamin Netanyahu, based around a common disdain for Iran. These efforts to normalize diplomatic ties mark a new phase in Middle Eastern politics—one where neither Israel nor its Gulf partners seem to be willing to let discord over Palestine get in the way of their unlikely bonds, Dalia Hatuqa writes. 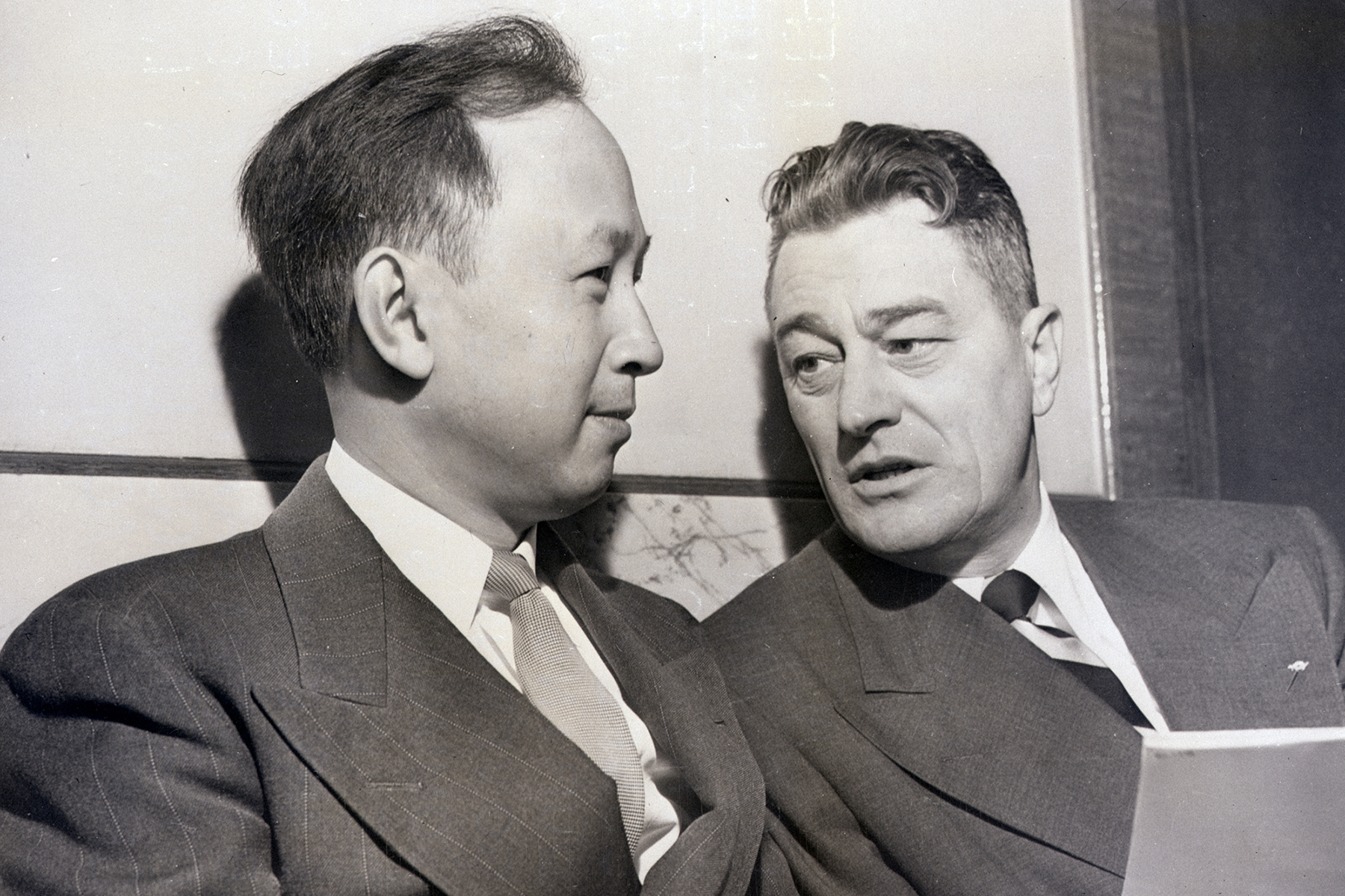 Hsue-Shen Tsien, left, confers with his lawyer, Grant B. Cooper, during his deportation hearing on Nov. 16, 1950. (Bettmann Archive/Getty Images)

3. The Man Who Took China to Space

When the United States forced Hsue-Shen Tsien, a co-founder of the group that went on to become NASA’s Jet Propulsion Labs, to leave the country in 1955 during the Red Scare, he went on to reshape China’s approach to space exploration.

Decades later, some 350,000 Chinese international students in the United States are contending with some of the same fears over espionage and intellectual property theft. It’s a dynamic that could see the Hsue-Shen Tsiens of the future shut out of the United States, Tianyu Fang writes. 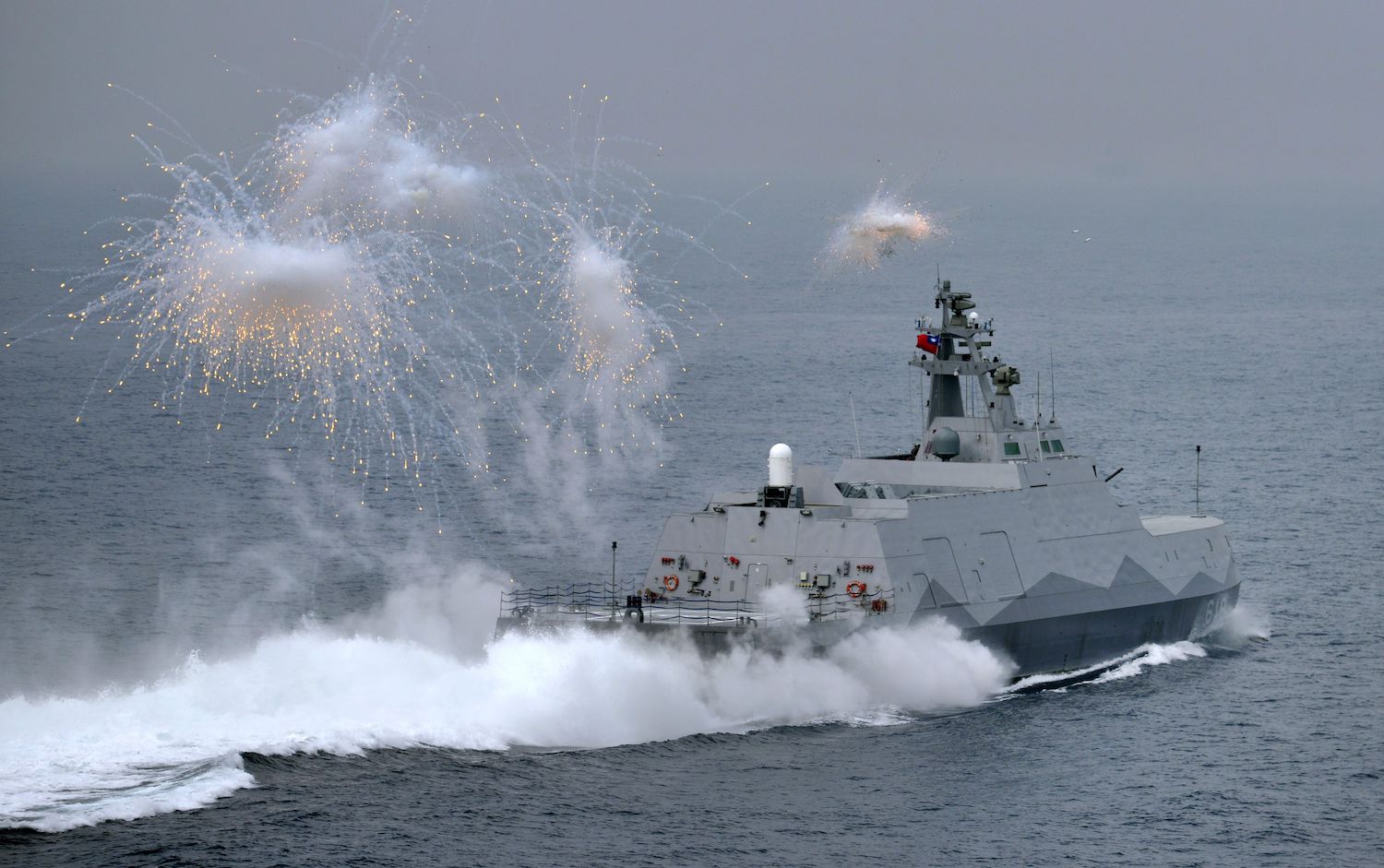 A domestic constructed guided missile corvette ship launches flares during a drill at sea near the naval port in Kaohsiung in southern Taiwan on Jan. 27, 2016. (Sam Yeh/AFP/Getty Images)

U.S. military forces in the Pacific are alarmed by what they see as an increasingly capable China using military intimidation and economic coercion to bully its smaller neighbors, FP’s Lara Seligman reports from Hawaii. 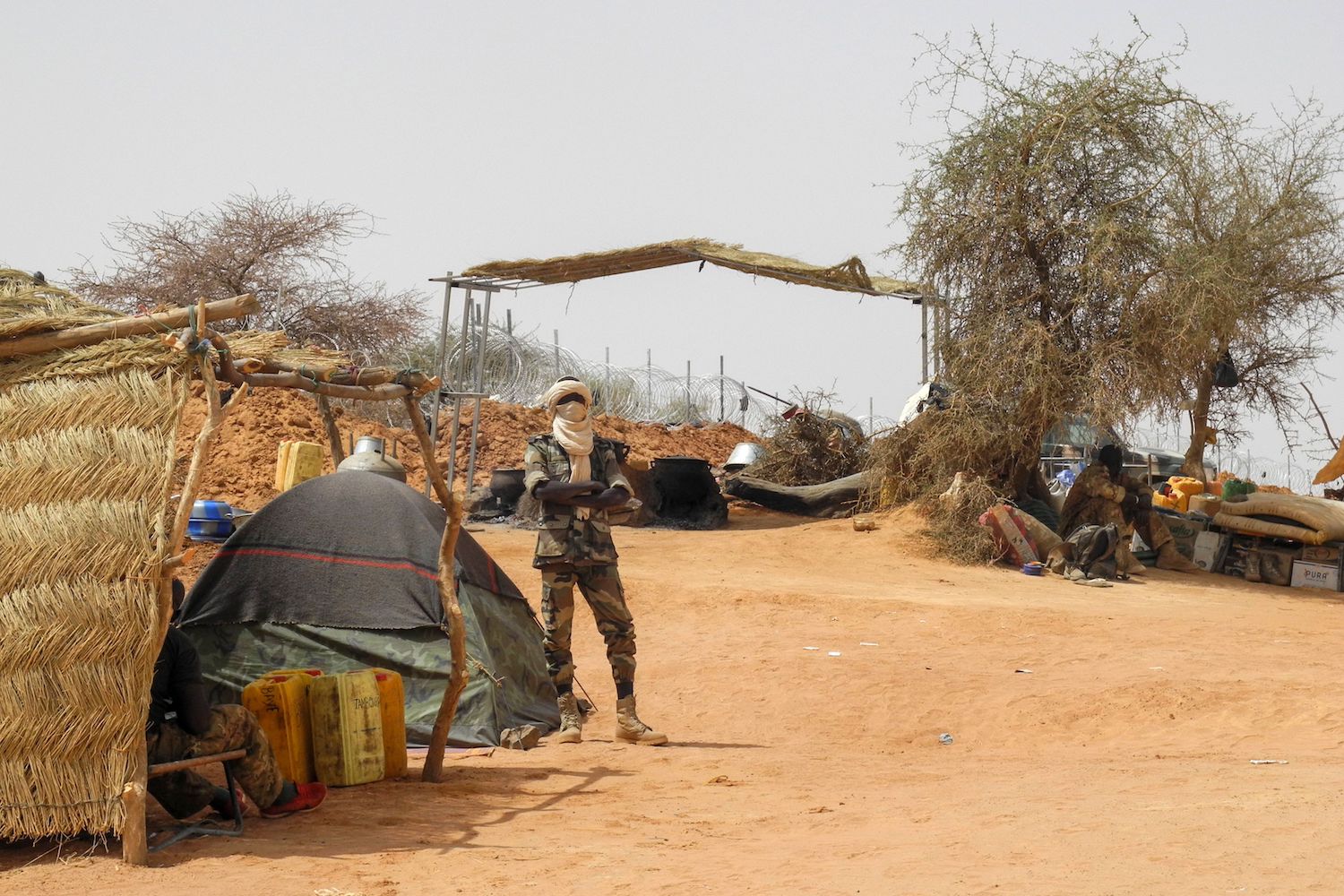 A member of the Malian Army at the military base in Anderamboukane, Menaka region, on March 22. (Agnes Coudurier/AFP/Getty Images)

5. Radical Islamists Have Opened a New Front in Mali

Mali’s fragile security environment will be increasingly vulnerable to escalating violence unless the government can prove to its citizens that it can hold attackers to account, regardless of whether they are Dogon, Bambara, or Fulani, James Blake writes.