This week, U.S. officials contradicted India’s claim that it shot down a Pakistani F-16, and U.S. lawmakers held a historic vote on Washington’s role in Yemen.

This week, U.S. legislators voted to withdraw support for the Saudi-backed coalition fighting in Yemen—a measure the Trump administration will likely veto.

Meanwhile, not long after U.S. President Donald Trump declared that the Islamic State had been defeated in Syria, media outlets there are reporting that more than 1,500 members of the group are streaming into the area around the southern town of Suwayda.

And in Pakistan, two U.S. defense officials told Foreign Policy, all F-16 fighter jets are accounted for—which directly contracts India’s claim that it shot one down. 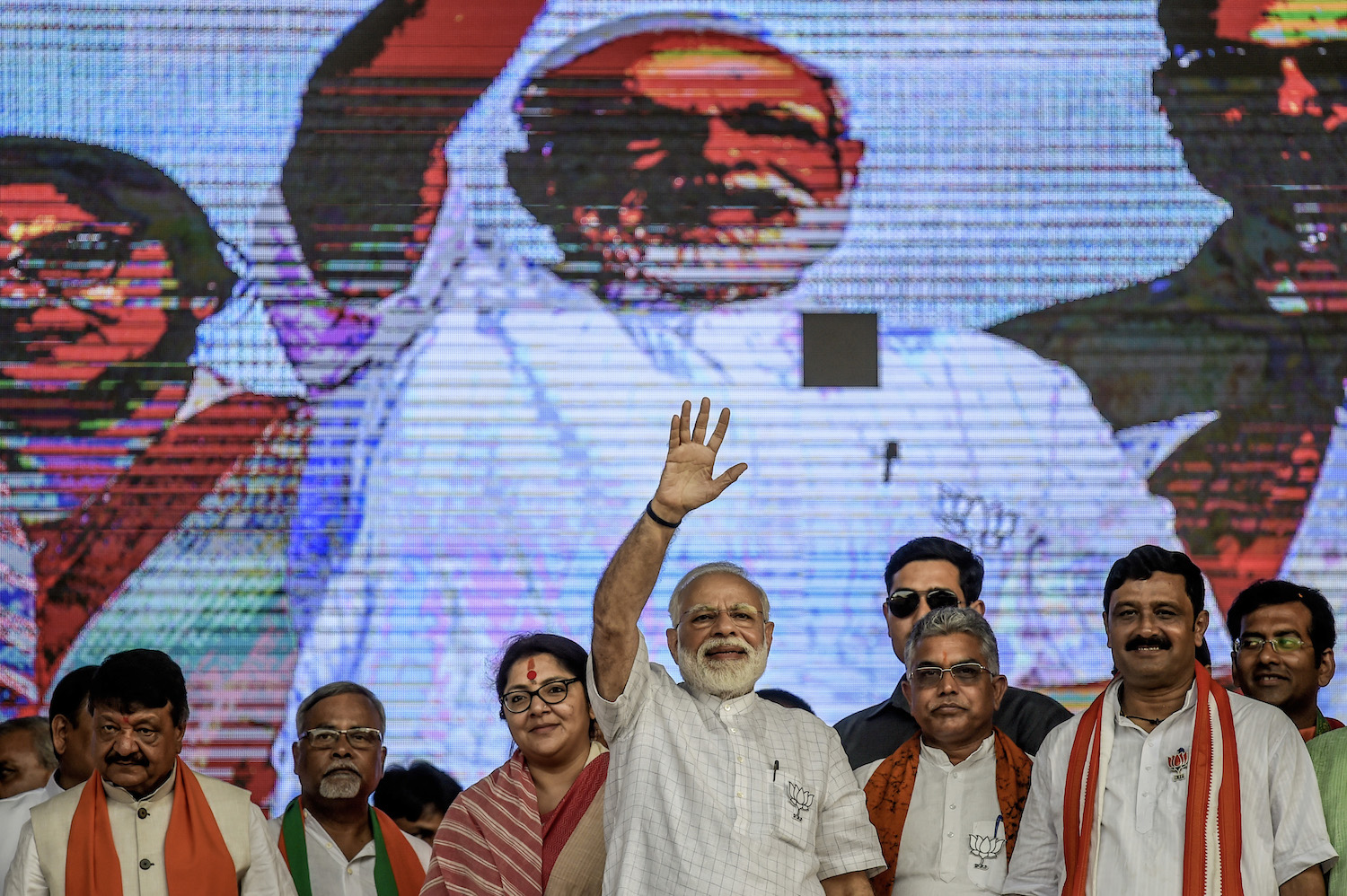 1. Did India Shoot Down a Pakistani Jet? U.S. Count Says No.

U.S. officials told FP that they found no signs that Pakistan had lost one of its F-16 fighter jets, challenging India’s claims that Wing Commander Abhinandan Varthaman shot one down, FP’s Lara Seligman reports. 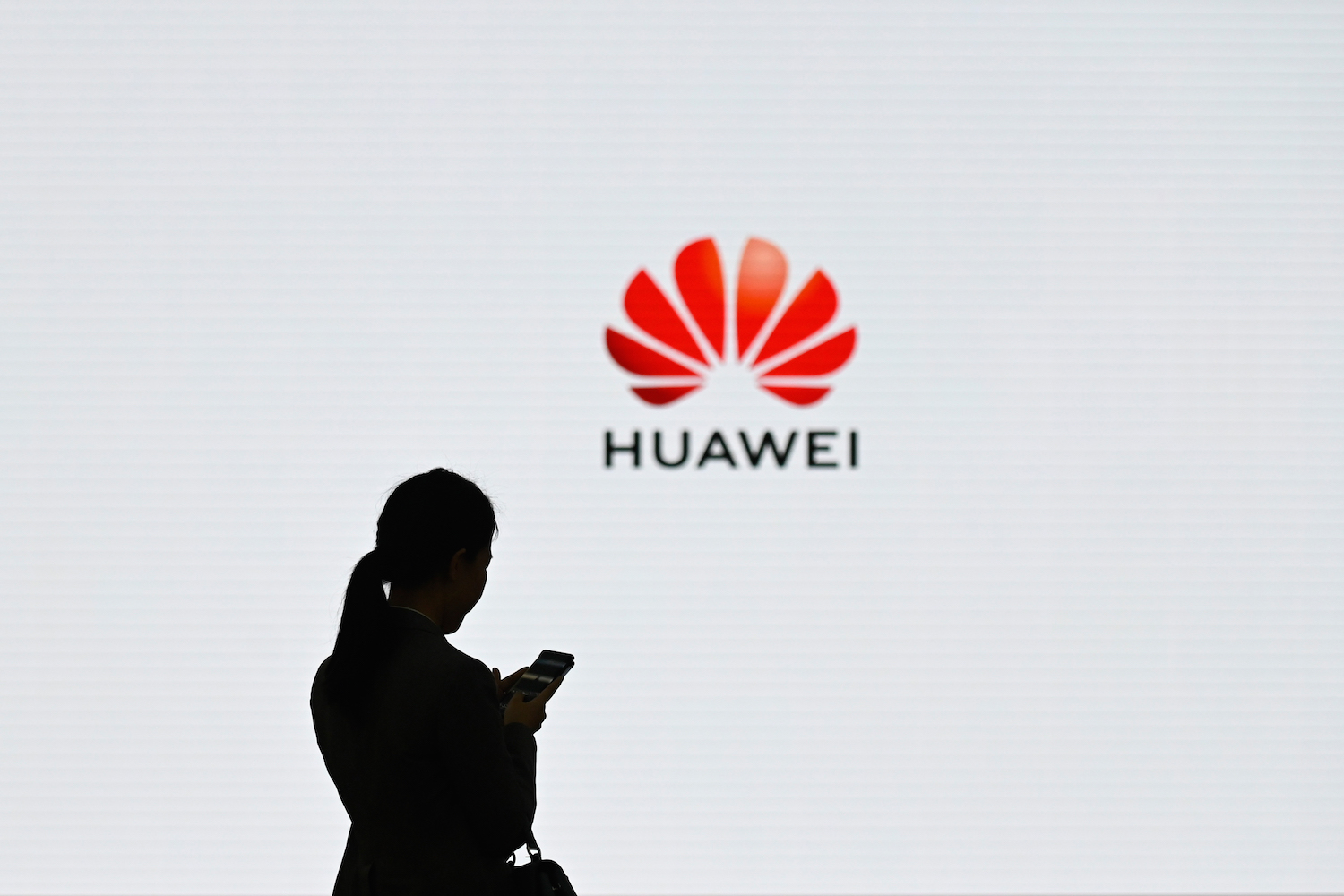 A staff member of Huawei uses her mobile phone at the Huawei Digital Transformation Showcase in Shenzhen, in China’s Guangdong province, on March 6. (Wang Zhao/AFP/Getty Images)

2. The Improbable Rise of Huawei

Ren Zengfei, an engineer who got his start in the People’s Liberation Army, launched what is now the Chinese technology giant Huawei with just 14 staffers and an $8.5 million loan. Now the firm is dominating conversations on the future of telecommunications and has become a byword for emerging geopolitical competition between the United States and China. Huawei’s evolution is as idiosyncratic as it is important, FP’s Keith Johnson and Elias Groll report. 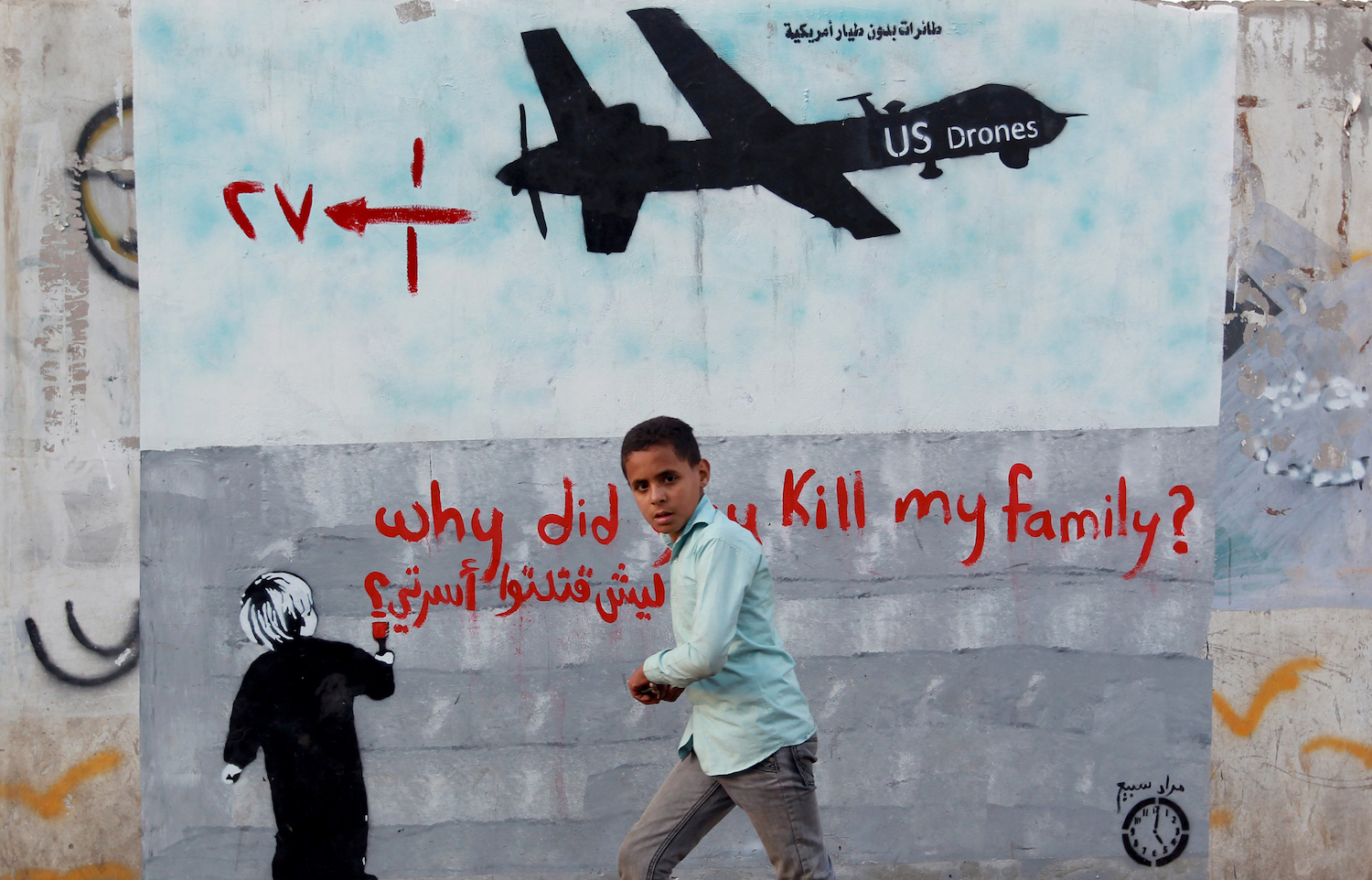 A Yemeni boy walks past a mural depicting a US drone and reading ” Why did you kill my family” on December 13, 2013 in the capital Sanaa. A drone strike on a wedding convoy in Yemen killed 17 people, mostly civilians, medical and security sources said, adding grist to mounting criticism of the US drone war. (Mohammed Huwais/AFP/Getty Images)

3. Congress Is Finally Done With the War in Yemen

In a historic vote, U.S. legislators withdrew their support for U.S. involvement in the war in Yemen—a clear rebuke of the Trump administration. Trump will likely veto the measure, FP’s Robbie Gramer and Amy Mackinnon report. 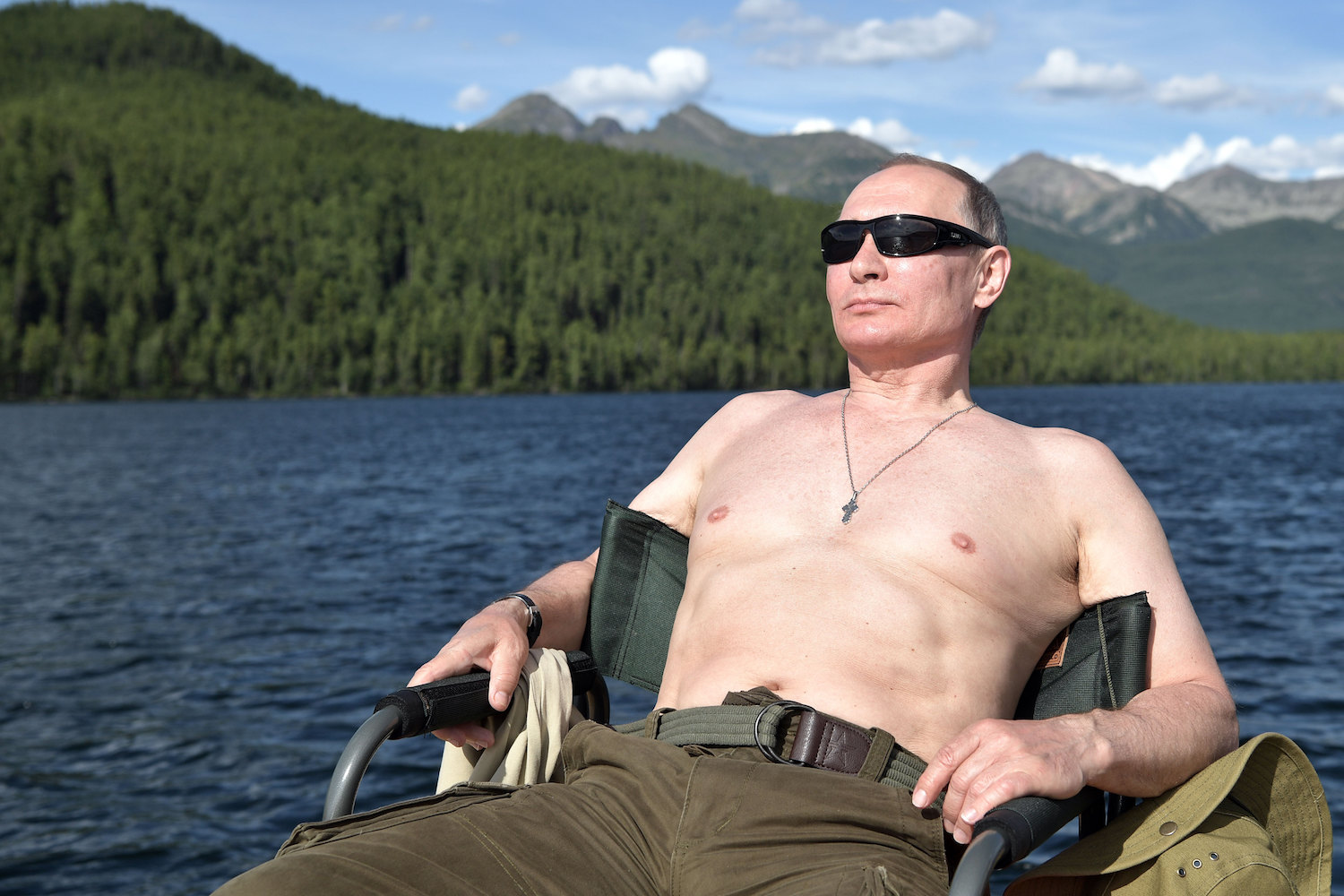 Russian President Vladimir Putin sunbathes during his vacation in the remote Tuva region in southern Siberia. The picture was taken between Aug. 1 and 3, 2017. (Alexey Nikolsky/AFP/Getty Images)

Researchers have found that Russian President Vladimir Putin’s security team is using GPS spoofing to mask his location when he travels—manipulating global navigation systems by borrowing coordinates from local airports in an effort to protect him from drone strikes. This element of Putin’s travel planning offers a rare look into the Kremlin’s playbook for electronic warfare, FP’s Elias Groll reports. 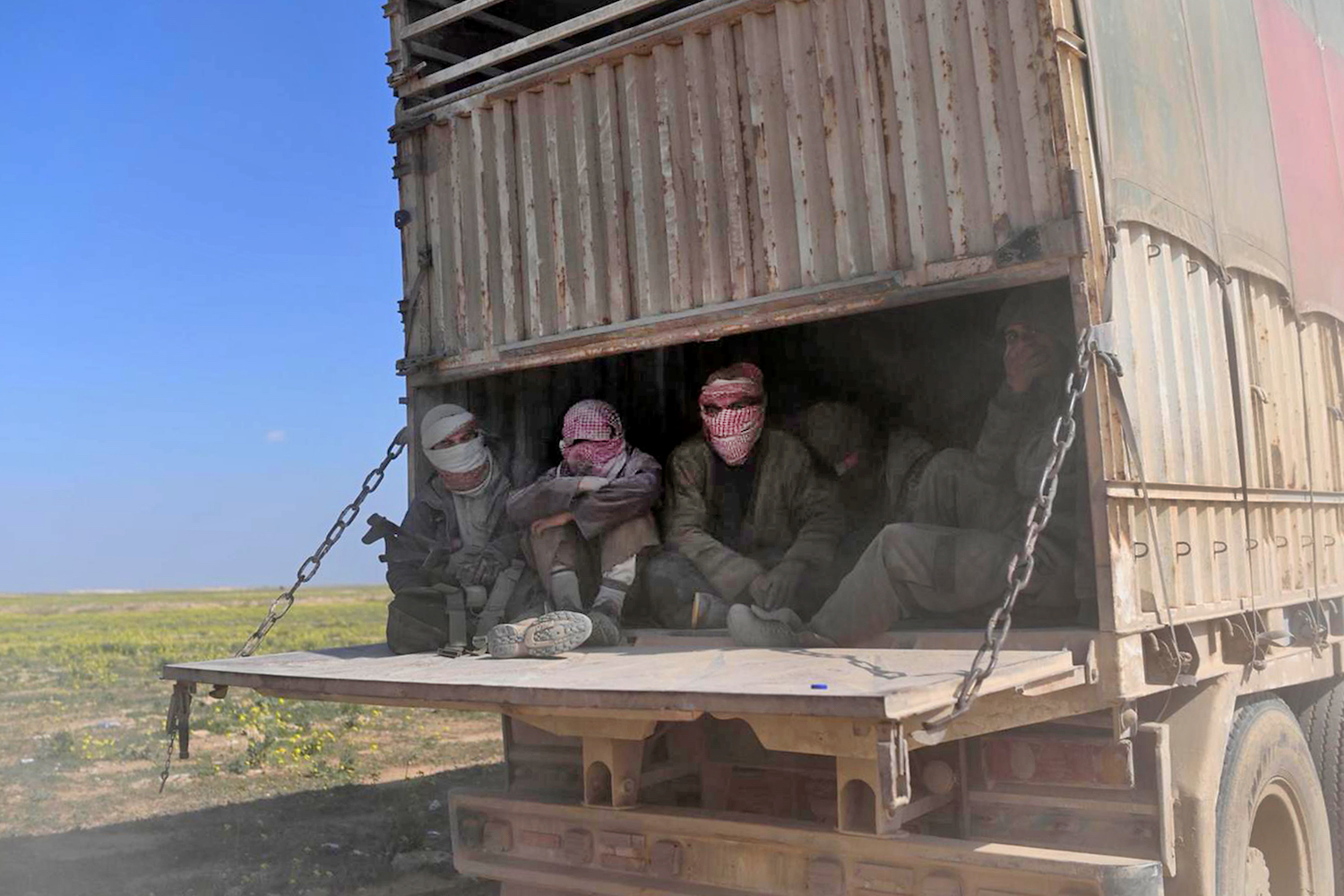 A truck carrying Islamic State fighters who surrendered to Kurdish-led Syrian Democratic Forces (SDF), as they are transported out of Baghouz in Syria’s northern Deir Ezzor province on Feb. 20, 2019.(BULENT KILIC/AFP/Getty Images)

5. ISIS Has Not Been Defeated. It’s Alive and Well in Southern Syria.

Since the Islamic State lost the battle of Baghouz on March 23, it may no longer be holding territory, but it is far too soon to look away. Far from wiped out, as many as 1,500 fighters have reportedly been smuggled to southern Syria by Iranians who are holding a corridor in the desert open for the terrorist organization to regroup. This development poses a threat to Syria and the United States, Sarah Hunaidi writes.