On Wednesday, Indonesians go to the polls to determine their next president.

For one demographic, the stakes of the vote, regardless of the results, remain uncertain: the country’s indigenous peoples. Indigenous rights groups that represent some 17 million people and that could be a decisive force in the elections have been reluctant to endorse either candidate—for good reason. Major questions about the future of land rights policy remain unanswered by both of them.

Last September, I stood on the hills of Semunying, in West Kalimantan, on the Indonesian half of the island of Borneo. What was once a green tropical forest lush with evergreen rambutan trees has been taken over by a commercial palm oil plantation. Evidence of the palm oil industry extended as far as the eye could see in every direction. Stuck in the middle of all this is a small village, home to members of an indigenous people, the Iban Dayaks.

The Iban Dayaks have a worldwide population of some 751,000. About 19,000 currently inhabit this area near the Malaysia-Indonesia border, where Ibans have lived for centuries. “Our identity as Iban Dayak is almost lost now. We have no forest anymore,” Ibu Della, a 40-year-old woman whose name I have changed for her protection, told me. Over the last 10 years she has watched the forest she depended on slowly being taken over by palm oil plantations.

In 2004, the Indonesian government effectively permitted Ledo Lestari, an Indonesian company commercially cultivating palm oil for export, to strip the Ibans of their access to community land, forest, and their way of life—their very identity. In the absence of strong laws protecting indigenous peoples’ rights, the company cleared the forests without any meaningful participation from these communities. Attempts in writing and by phone to reach the palm oil company to discuss the impact on people’s land and livelihoods went unanswered.

Palm oil is found in half of all grocery store products and is sometimes blended into biodiesel. According to the Indonesian government, as of 2017, the country had more than 12.3 million hectares of land under palm oil production. Foreign companies and domestic companies—both private and state-owned—own or control the large plantations that produce a large share of the oil. Land clearing for plantations has resulted in a loss of forest cover and forest fires that both cause air pollution, with serious risks to respiratory health in the region, and aggravate climate change.

Palm oil cultivation has been devastating for the Ibans, who depended on the land for growing their food and on plants that grew there to supply materials for weaving mats and baskets, their main source of income.

Around the globe, indigenous peoples struggle to have their land rights recognized as international standards demand. Several countries have adopted laws in favor of indigenous collective land rights, a few others have drafted and are debating legislation, but many have not acted at all. The failure of governments to ensure community land rights exposes indigenous peoples to all manner of human rights abuses.

A draft bill before Indonesia’s parliament, the law on the Recognition and Protection of Indigenous Peoples’ Rights, could prevent repeats of what has happened to Ibans in Semunying and to others across the archipelago. By simplifying the process for recognizing indigenous peoples and their territories, the draft law would not only be key to the survival of indigenous peoples in the country—it would also set a path toward the resolution of many of Indonesia’s ongoing land conflicts. 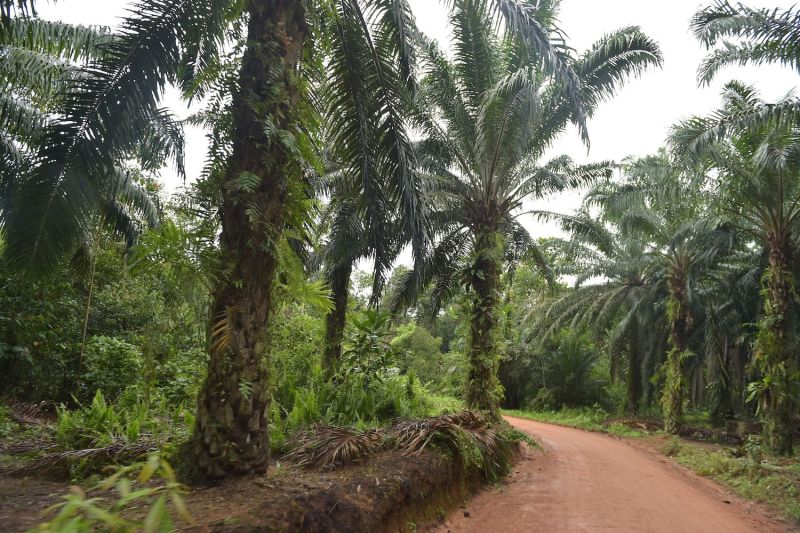 Neither of the 2019 presidential contenders—the incumbent Joko Widodo, popularly known as Jokowi, and his challenger, Prabowo Subianto, a former general—seems to have a detailed plan to protect indigenous rights in the world’s third-largest democracy. Experts say that Indonesia’s political parties have few major differences on policy and ideology. Most of the divergence relates to the role of religion in public affairs, and to the candidates themselves. Jokowi is not from the political elite and has no military background. He gained national prominence as governor of Jakarta between 2012 and 2014. Prabowo represents an offshoot of an Indonesian oligarchy—a former army lieutenant general and, since he left the service in 1998, a businessman with stakes in pulp and paper, palm oil, and coal mining. Prabowo’s business interests have cultivation permits to an estimated 362,000 hectares of land.

In two televised debates, in January and February, Jokowi had little to say on the topic of land rights. During the second debate, the candidates did exchange views on agrarian reforms, which aim to redistribute agricultural land to close the economic gap and reduce the country’s inequality.

Jokowi’s government had set itself a target of redistributing 9 million hectares of land during his current term. In a bid to carry out this policy, in 2016 and 2017, he handed over 29,500 hectares of customary forest to 18 indigenous communities and more to smallholder farmers, but still a far cry from the amount pledged in the country’s National Medium-Term Development Plan.

In February 2018, Jokowi launched Complete Systematic Land Registration, a program with an objective of formally registering all land in Indonesia by 2025. And that September, he announced a moratorium on issuing permits for new palm oil plantation developments in forest areas.

Prabowo criticized these policies, weak as their implementation has been. While both candidates have avoided addressing the issue of land-related conflicts, both were vocal about expanding the use of biofuel, largely palm oil, to reduce the country’s reliance on imported fossil fuel. Subsequent debates did not touch on land conflicts nor environmental issues.

Few candidates in the regional elections last year made the issue a priority in their campaigns. One exception, Abdon Nababan, a prominent indigenous peoples’ rights activist who ran for governor of North Sumatra, alleged that local elections campaign financing was linked to huge business interests in land. A series of investigations by Mongabay and the Gecko Project in 2017 highlighted rampant corruption behind Indonesia’s deforestation and land deals, naming local officials who contravene the law and sell permits for plantations, often to raise money for political campaigns. But without urgent legislative action to protect indigenous peoples and their land rights, it will be hard to undo any of the devastation these communities have experienced.

According to Aliansi Masyarakat Adat Nusantara, one of the main advocacy groups for indigenous peoples in Indonesia, which Nababan runs, the country has a large number of unresolved land conflict cases involving indigenous peoples, companies, and the government—some of them ongoing for over a decade. Based on a 2016 National Human Rights Commission report, the main problem in resolving these cases is the lack of legal recognition of indigenous people’s claims over their traditional territories.

Laws on the books in Indonesia that offer indigenous groups access to what is known as customary land require that they first receive formal recognition by a district or province. However, the process of gaining recognition and transferring the land has been slow because of discrepancies between national, ministerial, provincial, and district-level regulations on recognition of indigenous rights. The Ibans’ territory, for example, is not legally recognized and not registered as collective property due to extensive delays in this process—a gap that companies are able to exploit for commercial gain.

Since a Supreme Court decision four years ago that codified these land rights, about 18 communities have seen the rights to use their forests recognized, a far cry from the more than 2,332 indigenous communities that make up an estimated 50 to 70 million people, between 20 and 26 percent of Indonesia’s population. This translates to less than 100,000 hectares of the more than 9 million hectares claimed by indigenous peoples nationwide.

In April of last year, Indonesia’s home affairs minister, Tjahjo Kumolo, questioned the need for the draft bill on indigenous peoples currently under consideration, potentially stalling its passage. The Home Affairs Ministry later backtracked on the objections, but it nonetheless slowed down the bill’s progress. It remains on the priority docket, and advocates for indigenous peoples’ rights continue to lobby officials and parliament to enact it.

What happened to the Iban community in Semunying shows why this protection is needed. “Community leaders have taken sweet promises from the company that they can replace the forest with money,” Della said. “They sold the land, we lost our adat forest to the company.” (Adat, a Malay word, is often translated as “customary” or “customary rules.” Adat forests are common resources that can be used by any individual within an indigenous community.)

She said that some community members had also traded away land in 2010, believing they had no option but to sell and without knowing the full implications of what they were doing.

Since the forest was cleared, vegetation and trees that are essential for the adat way of life are difficult to find. Weaving had long been the main revenue source for Iban women, but this skill that had been handed down from mothers to daughters is fading away. Pandan leaves used to make woven mats for drying rice and sitting on during special ceremonies have become scarce since the forest was cleared. Naturally growing vines used to make rattan are gone.

“We lost our sense of community,” said Kristi, a 28-year-old woman whose name has also been changed. “This place is not a village, you can’t call it home. These are shelters, not a community. It is owned by the company.”

In 2014, the Ibans sued Ledo Lestari and the regent of Bengkayang district, where Semunying, along with the village of Pareh, are located, to get their forest back, but they lost because they have no official document recognizing them as indigenous or giving them a collective right over the land. They plan to appeal. Legal status for the Ibans as indigenous could mean requiring the company to return their land at the end of its permit or pay compensation commensurate to the market value for its use. This would enable the Ibans in Semunying and Pareh to lease the land, if they chose, and develop diverse ways of generating revenue and protecting their interests.

Indonesia’s presidential candidates have not been eager to engage with the issue of clashes over land. The longer the subject goes ignored, the worse the situation will grow for indigenous people across the country.

In keeping with the United Nations Declaration on the Rights of Indigenous Peoples, Indonesia’s parliament should promptly enact the draft law to protect indigenous peoples from being dispossessed. The Indonesian government needs to make sure that this bill moves along and passes—and then take the steps needed to make the system for protecting indigenous communities work.