In recent days, Washington raced to decipher the Mueller report and Indonesian voters cast ballots at more than 800,000 polling stations.

In the United States, the release of special counsel Robert Mueller’s two-part investigation, with one strand focused on Russian efforts at electoral manipulation in 2016 and the other on the conduct of President Donald Trump, has steepened the country’s partisan divisions.

And on Sunday, Ukraine is set to pick its next president in a runoff vote. 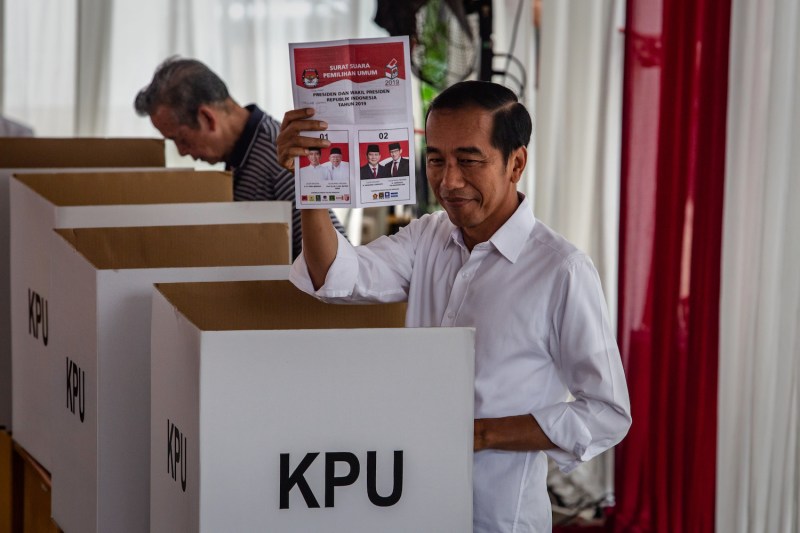 Indonesian President Joko Widodo shows his ballot at a polling station in Jakarta on on April 17. (Ulet Ifansasti/Getty Images)

1. Islam Is The Winning Ticket in Indonesia

Indonesian President Joko Widodo, popularly known as Jokowi, is on track to run the world’s fourth most populous country until 2024 with a strong mandate for his second term, despite his rival Prabowo Subianto’s claims to the contrary. In the campaign, Jokowi maintained a technocratic focus but made major concessions to the country’s religious conservatives. Indonesia’s indigenous peoples have struggled to make their voices heard in the political sphere. Nonetheless, in a region that has been fertile with strongmen, Indonesia, the largest democracy and country in Southeast Asia, seems like a proof of concept for a resilient democracy, just 21 years after its democratic revolution, Krithika Varagur writes. 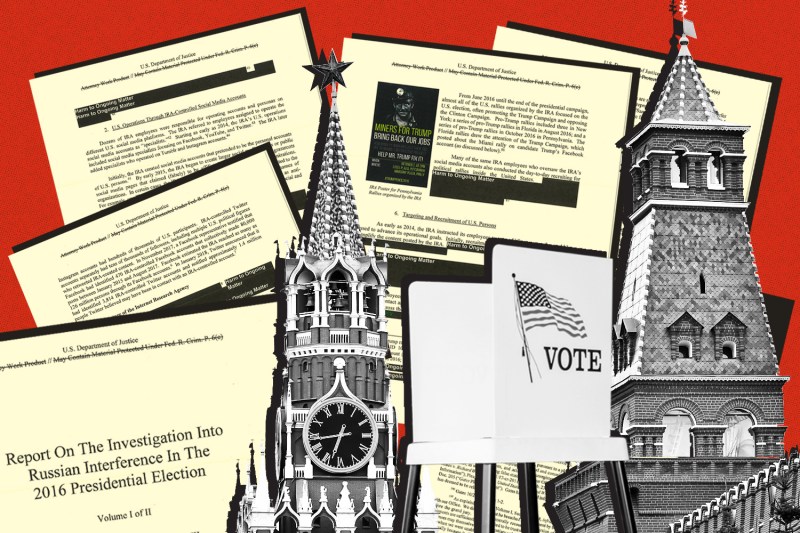 2. What the Mueller Report Tells Us about Russia’s Designs on 2020

There was one clear takeaway from the Mueller report: “The Russian government interfered in the 2016 presidential election in sweeping and systematic fashion.” As former CIA station chief Daniel Hoffman said, “it’s cheap asymmetric warfare, and they’re good at it.” However, what caught former U.S. intelligence officials off guard was the sophistication and scope of Moscow’s efforts and how readily applicable they will be when it comes to future U.S. presidential elections, FP’s Amy Mackinnon reports. 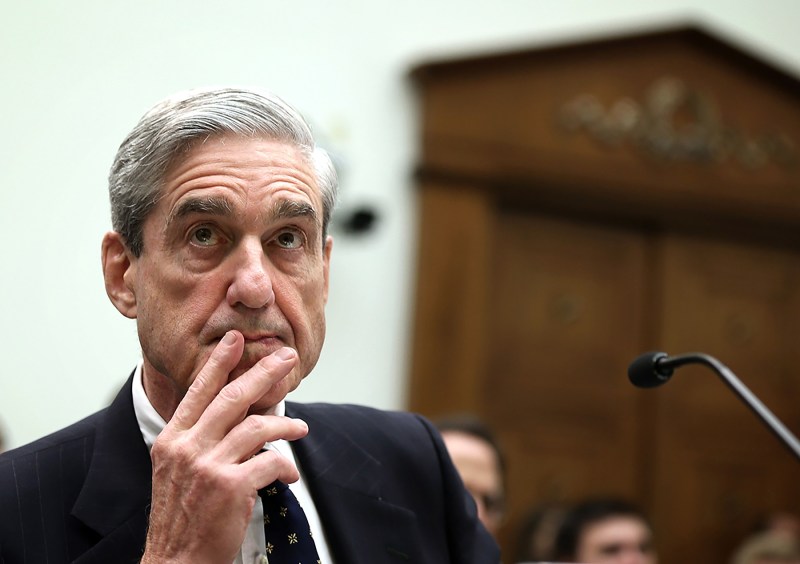 Then-FBI Director Robert Mueller testifies during a hearing before the House Judiciary Committee on Capitol Hill in Washington on June 13, 2013. (Alex Wong/Getty Images)

3. ‘The Biggest Piece Mueller Left Out’

Michael McFaul, who served as the U.S. ambassador to Russia from 2012 to 2014, spoke to FP’s Michael Hirsh in a wide-ranging interview after the Mueller report’s public release. 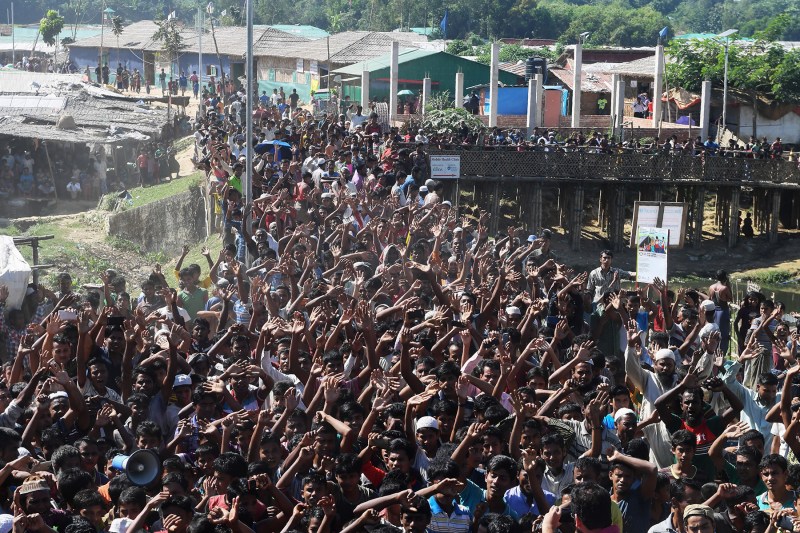 Rohingya refugees shout slogans at a protest against a disputed repatriation program at the Unchiprang refugee camp near Teknaf on Nov. 15, 2018. (Dibyangshu Sarkar/AFP/Getty Images)

4. U.N. Bureaucrats Just Want the Rohingya Off Their Plate

The United Nations has suggested it will fund part of Bangladesh’s plan to steer Rohingya refugees onto Bhashan Char—an inhospitable island in the Ganges delta that only emerged from the sea in 2006. Although this help from the U.N. is intended to improve humanitarian infrastructure for refugees, the possibility that the plan will go off the rails cannot be denied, Azeem Ibrahim writes. 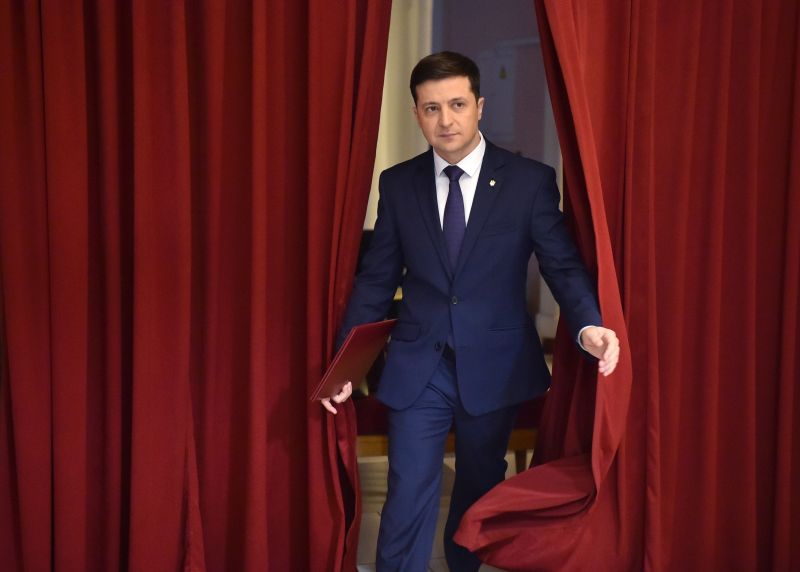 The Kremlin will soon wish it were still dealing with a Ukrainian president who so much resembled its own, Alexander Baunov writes.

Indonesia Is Quietly Warming Up to China

Once inching toward war, the Asian giants are getting closer—while Washington seems unserious and disengaged.

A refusal to confront colonial atrocities persists in the Netherlands.

Indonesia Is Quietly Warming Up to China

Once inching toward war, the Asian giants are getting closer—while Washington seems unserious and disengaged.

A refusal to confront colonial atrocities persists in the Netherlands.