By Keith Johnson, a deputy news editor at Foreign Policy, and Sarah Wildman, the author of Paper Love: Searching for the Girl My Grandfather Left Behind.
April 21, 2019, 10:23 AM

Read Foreign Policy staffers’ reviews of recent releases on the hidden history of empire in the United States, Richard Holbrooke and the end of the American century, and the untold history of the Chernobyl disaster.

How to Hide an Empire: A History of the Greater United States

When most people picture a map of the United States, they usually envision what is known as the lower 48—the contiguous continental states. Maybe they’ll add on Alaska and Hawaii. But they’re missing the bigger picture, argues the Northwestern University history professor Daniel Immerwahr in How to Hide an Empire. The United States also includes territories such as Guam, American Samoa, and Puerto Rico. And in the 20th century, it controlled the Philippines, the Panama Canal Zone, and hundreds of tiny islands in the Caribbean and Pacific.

Read Foreign Policy staffers’ reviews of recent releases on the hidden history of empire in the United States, Richard Holbrooke and the end of the American century, and the untold history of the Chernobyl disaster.

How to Hide an Empire: A History of the Greater United States

When most people picture a map of the United States, they usually envision what is known as the lower 48—the contiguous continental states. Maybe they’ll add on Alaska and Hawaii. But they’re missing the bigger picture, argues the Northwestern University history professor Daniel Immerwahr in How to Hide an Empire. The United States also includes territories such as Guam, American Samoa, and Puerto Rico. And in the 20th century, it controlled the Philippines, the Panama Canal Zone, and hundreds of tiny islands in the Caribbean and Pacific.

“The history of the United States is the history of empire,” Immerwahr argues. For the most part, he doesn’t mean an empire like Britain’s, where prime ministers and the public took pride in the red maps that stretched around the world—though there’s a bit of that. U.S. President Theodore Roosevelt, for example, eagerly sought out a “splendid little war,” as the British ambassador called it, that would allow the United States to snap up the last bits of the crumbling Spanish Empire. 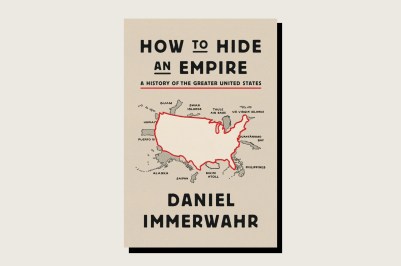 How to Hide an Empire: A History of the Greater United States, Daniel Immerwahr, Farrar, Straus and Giroux, 528 pp., $30, February 2019

Immerwahr’s main focus, however, is on what he calls the “Greater United States”—that is, all the bits and specks of lands and islands that have a big, if underexplored, place in U.S. history. And once Immerwahr starts looking, the historical consequences of those territories proliferate.

How to Hide an Empire is not only fast-paced and fascinating, but it also offers a fresh view of U.S. history. The Japanese film Gojira, for example, is a direct result of America’s hidden empire overseas: Atomic bomb tests on Bikini Atoll sickened Japanese fishermen, which prompted a kitschy, anti-nuclear movie featuring a giant sea monster. (Gojira was later exported to the United States, renamed Godzilla, and was heavily edited to remove the anti-nuclear politics.)

Taking a more expansive view of the United States’ postwar empire—a sprawling network of some 800 military bases around the world—the legacy of greater America ranges from the surprising to the dangerous, Immerwahr finds. Thanks to the massive nearby U.S. air base at Burtonwood, England, in the 1950s and 1960s Liverpool was flooded by the latest American rock-and-roll records; those inspired the creation of hundreds of cover bands, including one that would become the Beatles. And two decades later, the sprawling network of U.S. bases, the informal empire, was the driving force behind Osama bin Laden’s vow to rid the Middle East of American troops.—Keith Johnson

Our Man: Richard Holbrooke and the End of the American Century 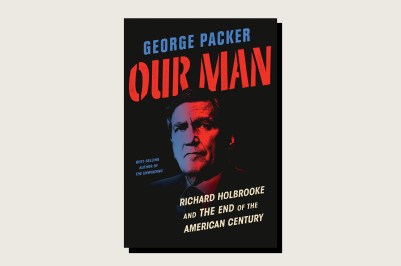 The late Richard Holbrooke, the American diplomat perhaps best known for brokering the Dayton Accords that brought a truce to the Balkan wars, should be thought of as “our man,” George Packer writes in his homonymous book, because his self-defeating mix of idealism and egotism mirrored America’s own.

Holbrooke started his career in 1963 as a young foreign service officer banging his head against the unsolvable problem of Vietnam. He ended it much the same way, desperately searching for an answer to the United States’ endless quagmire in Afghanistan. The effort, Packer suggests, literally blew his heart out: His aorta ruptured while in a difficult meeting with Secretary of State Hillary Clinton. In between, his intense life took him through a half-century of U.S. history and foreign policy (and foreign policy, where he was an editor from 1972 to 1977). His story is littered with failed marriages, bitter enemies, political exile, a few notable successes, and many more crushing defeats.

Packer, a staff writer at the Atlantic, hasn’t written a traditional biography. Our Man reads more like a winding, after-dinner tale about a deeply flawed man with a wholly admirable vision for what America is and what it can do in the world. Or could do.

“[W]e swing wildly between superhuman exertion and sullen withdrawal,” Packer writes, eulogizing both the eclipse of a United States engaged with the world and Holbrooke, who worked tirelessly to make the American century endure. “I’m amazed we came through our half century on top as well as we did. Now it’s over.”

Packer’s Holbrooke is a fascinating character, if not a particularly sympathetic one. Holbrooke fought tooth and claw in the Washington jungle, convinced, even if almost nobody else ever was, that he would one day be secretary of state.

Holbrooke’s whole life was spent climbing, yet the closest to the top he ever got was being appointed President Barack Obama’s special representative for Afghanistan and Pakistan. Once in the job, Holbrooke knew what not to do—the memory of Vietnam never left him—but he couldn’t quite figure out what to do. He tried to warn the Obama administration, but no one wanted to hear about those ghosts.

“How could he not be haunted?” Packer writes. “[A]fter a half-century excursion across the heights of American greatness, we had returned to the exact same place.”—KJ

Midnight in Chernobyl: The Untold Story of the World’s Greatest Nuclear Disaster 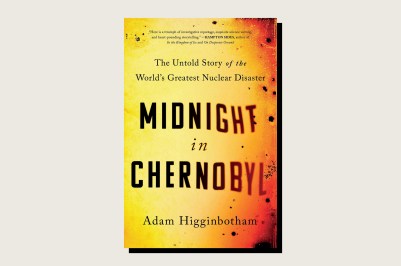 In the late 1970s, at the height of the Cold War, a new city sprung up near the border of Ukraine and Belarus. Pripyat was an atomgrad—a nuclear city—built to house nearly 50,000 men and women working at the nearby Chernobyl power plant.

While Chernobyl is today synonymous with catastrophe, it was designed as a symbol of Soviet dominance, the largest nuclear energy plant in the world. From the very start, however, writes Adam Higginbotham in his remarkable Midnight in Chernobyl, the reactors were plagued by design defects and shoddy workmanship. Under pressure to meet the Kremlin’s unrealistic deadlines, engineers skimped on materials and safety measures.

Modeling the book after Walter Lord’s minute-by-minute reconstruction of the sinking of the Titanic, for which Lord interviewed more than 60 contemporaries of that disaster, Higginbotham spent a decade questioning over 80 surviving firefighters, technicians, engineers, party leaders, and families from Pripyat. By digging into court documents and scientific surveys, firefighters’ logs, and contemporary periodicals, he succeeds in recreating not just the night the Chernobyl reactor exploded but the decades that led up to the explosion—and the weeks, months, and years that followed.

The result is a gripping narrative, undergirded with the forensic detail of a courtroom drama. Higginbotham meticulously traces the impact on the first responders, who succumbed, one by one, to radiation sickness and burns that appeared weeks after the accident and then never healed. He reconstructs the decision-making process that led both Soviet leaders and plant administrators initially to try to keep the meltdown under wraps, delaying the evacuation of Pripyat even as children played in now potentially radioactive sandboxes. Once a radiation cloud reached Sweden, however, it became harder for the Soviets to keep the disaster quiet.

Ultimately, Chernobyl contributed to the unraveling of the communist experiment and the Soviet Union itself, Higginbotham concludes, as well as “public confidence in nuclear energy … [which] was finally shattered by the explosion.”—Sarah Wildman

NEW FOR SUBSCRIBERS: Want to read more on this topic or region? Click + to receive email alerts when new stories are published on Foreign & Public Diplomacy, United States, Russia