‘The Next Backlash Is Going to Be Against Technology’

Harvard economist Dani Rodrik on how to make globalization fair and sustainable.

Since the financial crisis a decade ago, the economic recipes that seemed to work for decades have come under fire. Globalization and the international trading order seem to be under siege, while economic populism is on the rise. Foreign Policy spoke to Dani Rodrik, the Ford Foundation professor of international economy at Harvard University’s Kennedy School and the author, most recently, of Straight Talk on Trade, about how to fix what’s not working.

Foreign Policy: In your most recent book, you argue that what we need to do to restore sanity to the global economy is to restore a healthy balance between an open economy, while leaving room for national sovereignty and national solutions. What does that mean in practical terms—a scaled-down, or rolled-back version of globalization?

Dani Rodrik: For many decades we had such a world—it was the Bretton Woods world between 1945 and the 1980s. The kind of globalization we had was one that did not reach behind borders and allowed countries significant leeway in the way that they would manage their economies. We already had such a system, and it was not inimical to globalization. In fact, world trade expanded relative to world GDP faster in the three decades after 1945 than it has since 1990, so it was a kind of globalization that enabled significant expansion of trade and long-term investment. 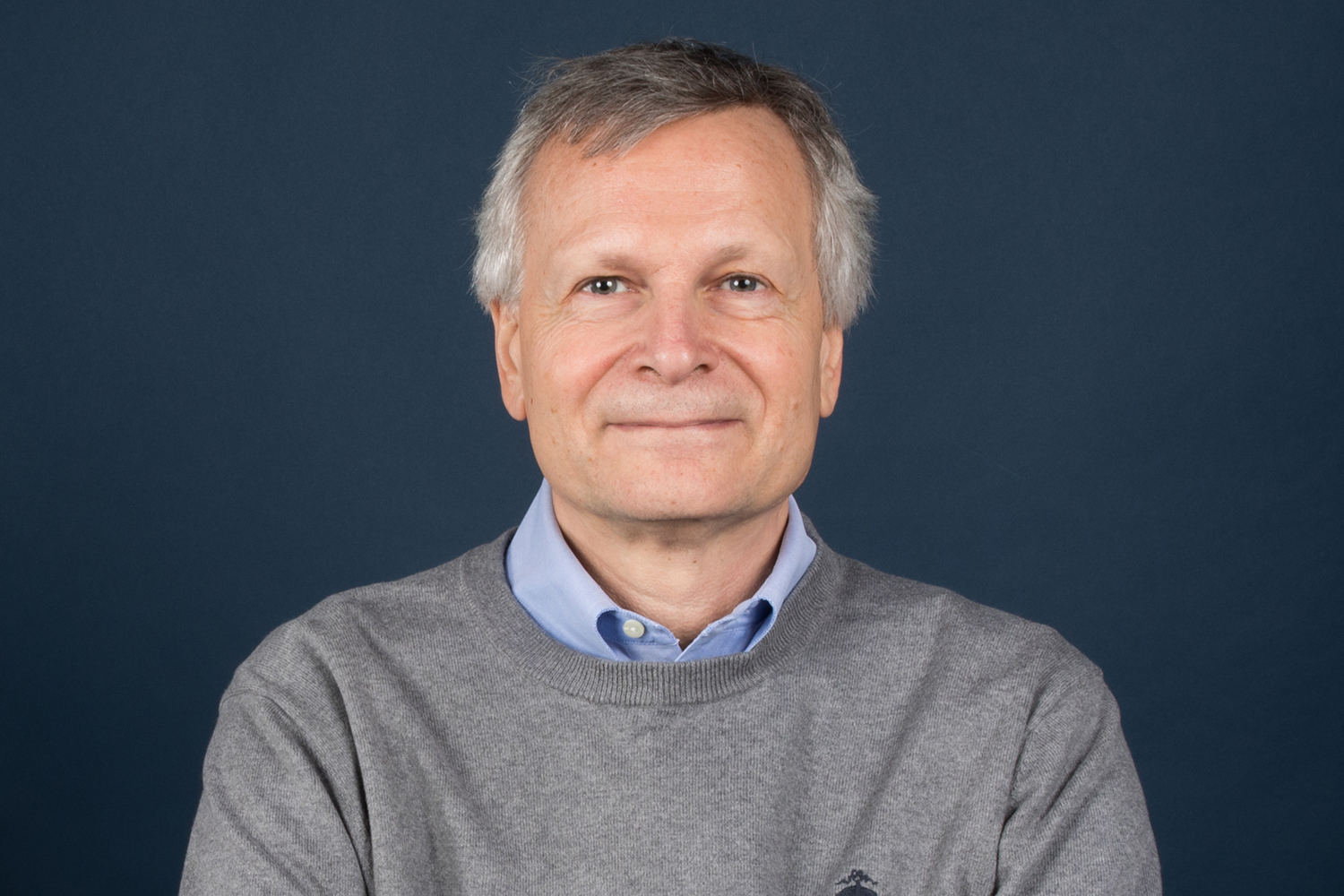 I think where this idea has the most important real-world counterpart is in the U.S.-China relationship. Rather than assume that China is going to converge to a kind of market economy model that allows for deep economic integration between the U.S. and Europe on one hand and China on the other, we have to recognize that the Chinese economic model is and will remain different. There is no good economic argument for why China should not be allowed significant free rein in the conduct of its economic and industrial policies. By the same token, China has to understand that the U.S. and Western Europe have legitimate concerns about trade with China and other lower-income countries, and those countries have a right to protect their own social arrangements and the integrity of their own technological systems.

FP: But these days, there seems to be something of a showdown between two different economic approaches, between liberalism and neomercantilism. Is that a defining showdown of our time, or not?

We already had such a system, and it was not inimical to globalization.

DR: I think there is a fundamental and structural problem, but I wouldn’t pose it as necessarily a conflict between liberalism and mercantilism. All economies are a mixture of liberal and mercantilist practices, but the mix differs. It would be a mistake if we thought about the U.S. economy as being an exemplar of a liberal economy and the Chinese as an exemplar of a mercantilist economy. In the real world, they both have a shifting mix of these different practices, and the right design for the world economy is essentially one that enables these different mixes to coexist side by side, rather than simply assuming that those differences can be whittled away. The big shift that we need to make is to understand that we can have a fair amount of globalization, and in fact healthy and sustainable globalization, by allowing more freedom for countries to solve their own problems, rather than assuming that the global economy and a single set of rules is what they need to adapt to.

FP: The system that we have today, since the creation of the World Trade Organization 25 years ago, does that need root-and-branch, wholesale reform? Are we regulating the wrong kinds of economic and trade behavior?

DR: Our international economic system is trying too hard to fix “beggar thyself” problems and is not doing nearly enough to tackle “beggar thy neighbor” problems. There are many areas where there are “beggar thy neighbor” policies—global tax havens, or currency policies, or Germany with its very large current account surplus. So I think we have our lens not quite right in terms of what we are trying to grapple with internationally, and we spend too much political capital in the wrong areas.

DR: I don’t think Trump is right. He has been empowered by a set of legitimate grievances, people who found that they don’t have much voice, and who found that their interests were not being very well served by a set of policies that privilege hyperglobalization over domestic political, economic, and social goals. But in terms of his agenda, his response, his actual policies, I see very little I agree with.

I don’t think Trump is right.

FP: Whereas, in the book, which came out before all these new Green New Deal plans, you were already talking about the need for new industrial policies and green policies. What is your take on the Democrats’ proposal for sweeping economic transformation—are they overreaching?

DR: No, I am actually fairly encouraged by the vision and the boldness that is emerging from the left wing of the Democratic party. I do think that it’s the right direction, that our system is broken in a number of important respects, and we need to re-engineer the market economy that we have. That is going to require some fairly significant changes in a lot of areas, from taxation to our environmental policies and our industrial policies, and even if I don’t agree with every single thing that comes out of [Democratic Sen. Elizabeth] Warren’s camp or out of [independent Sen. Bernie] Sanders’s camp, I do think that it is the right direction.

FP: You talk of fixing the existing market economy. Do we need to have a Bismarck moment, like in the late 19th century, where there was a conscious effort to tweak capitalism, deal with labor concerns, and defer a socialist uprising?

DR: I do think, exactly, that we are at a moment when we need to redesign the institutions of capitalism. The great advantage of capitalism is that it is a system that has been able to reinvent itself and move from a kind of a classical liberal system to a welfare state, and that was a necessary transition to ensure the viability of the capitalist system by ensuring buy-in.

I think we now are at a stage where the welfare state has reached its limits. I think the bulk of the change that needs to happen is by reorganizing how things are produced, in other words, through a productivist policy that intervenes not after firms have produced and investments have taken place, but by reorganizing how production takes place.

FP: If big changes aren’t made, especially to tackle inequality, are the pitchforks coming out?

I do think, exactly, that we are at a moment when we need to redesign the institutions of capitalism.

DR: I think that the next backlash is going to be against technology. We’ve seen the backlash against globalization. If anything, the dislocations and the adverse labor market implications of artificial intelligence, automation, new digital technologies—the impacts of those will be even larger. If we persist on a path that is creating highly divided societies, in terms of income and social status, in terms of who gets access to the political system, I think the pitchforks, to use your term, might be coming out for technology, and that would obviously be both economically and politically very dangerous.

FP: One thing that puzzles me, and you addressed it in the book, is that many populists pursue policies that are directly antithetical to their supporters’ interests, yet they continue to enjoy support. Why is that?

DR: I look at it through the lens of supply and demand side, in politics. There is the demand side, the communities that have been badly harmed by the policies of the last quarter century, and they demand change, and they are looking for new leaders with answers. But these economic anxieties and economic difficulties don’t necessarily express themselves in fully formed, programmatic agendas. So the demand side that creates the opportunity for populists to arise is strong but inchoate.

Then you have the supply side of politics, the supply of leaders, movements, political parties that are going to provide the answers—they’ll provide the narratives and stories about what’s causing the problem. And by and large, a nativist right-wing framing has been very successful, that blames immigrants and foreigners as the culprit, and that’s what we have with right-wing populists, whether Trump or the National Front in France or AfD in Germany.

One of the downsides of right-wing populists is that not only do they not provide an appropriate economic remedy, they can often provide cover for the continuation of many of the same plutocratic policies, and that is certainly what we have seen in the United States, with tax policies and deregulatory policies moving in exactly the opposite direction from what would be required.

There is an alternative framing, a left-wing framing, that in U.S. history goes back to the late 19th century. It responds to these economic anxieties in terms of economic solutions, by pointing to economic elites, by pointing to the role of large corporations and banks and plutocrats as those who have created an unlevel playing field.

And that is in many ways the more productive agenda, because in some ways it fundamentally targets the source of the economic problems rather than subverting the issue in nativist terms. So I am hopeful as time goes on that we will see more of the left-wing variant of populism, and less of the right wing.

This interview has been edited for clarity and length.

In Trump’s Economy, the Invisible Hand Belongs to the Government

The state’s role in the U.S. economy has expanded dramatically under President Trump, even as he pushes China to exert less control.

Fearing Populism, France and Germany Flee Into the Past

Europe’s top economies are trying to take on China and the United States by resurrecting industrial policy. Brussels is not happy.

The Trade War Inside the Democratic Party

They've won the House, but can Democrats find a common front against Trump’s trade policy?

Keep Calm, the British Government Will Carry On