What to Read If ‘Game of Thrones’ Let You Down

Five reads that do political fantasy better than HBO.

At long last, Game of Thrones is over, and with it, an end to Game of Thrones think pieces. From the utterly vacuous to the wonkish, few writers could resist the urge to find political, economic, sociological, and even scientific implications in a show about dragons fighting zombies.

Yet Game of Thrones’ core storytelling could never sustain the ideas its fans projected on it. Despite gestures toward political ideas—from the yearning to see Daenerys Targaryen and her cohort as order-breaking feminists to author George R.R. Martin’s retroactive claim that the icy undead were really a symbol of climate change—the show had no real interest in them. Even the sustaining conceit of the series, the long winter, was quietly forgotten or reduced to a single opponent who could be dismissed with a stab in the heart. As the show limped its way past the finish line, the absence of actual ideas became more obvious with every episode.

Some of that came about because of the inevitable needs of TV. But even Martin’s books were more interested in mild subversion of multivolume fantasy tropes than in actually engaging with history or politics. Perhaps that’s why the scale of his fictional world has always been all over the place. Westeros is supposed to be the size of South America, yet characters skip around it in a matter of days or weeks—as if it were about the size of the British Isles. The wall that protects the “civilized” South from the “wild” North is 700 feet tall, but wildlings can shoot arrows at the top.

But the heart of the story was never about politics. It turned on a simple, endlessly repeated narrative of abuse-survival-revenge, themes that would have been familiar to any writer of Jacobean tragedy. The first progression of this cycle came in the very first season, as viewers cheered at seeing the loathsome Viserys Targaryen get his just deserts, but it played out numerous times thereafter. To name only a few, Tyrion Lannister revenged himself on his father, Cersei Lannister on the Sept, Daenerys on the slavers, Sansa Stark on Ramsay Bolton and Littlefinger, and Arya Stark on everyone.

Despite attempts to claim that the show’s cycle was somehow deep, it was also clearly what its audience wanted most. (Revenge play writers also loved to put faux-morals about the futility of revenge in plays while simultaneously serving up their audience a full platter of gory locks and kid-meat pies.) Disappointment in the last season was in part because there was nobody left to take revenge on, Daenerys’s unconvincing last-minute heel turn aside. This “(campy) Machiavellian porn,” as one writer put it, was the bigger driver of the show. And the audience, consciously or otherwise, longed for the abuse as much as the vengeance.

But there’s far more to the fantasy genre than Game of Thrones, even for politics wonks. The most famous works always engaged with political ideas, from J.R.R. Tolkien’s meditations on absolute power and the role of the ordinary man to Ursula K. Le Guin’s ethnological examinations of gender, oppression, and quiet revolution. (Fans may be asking how to distinguish fantasy from science fiction, itself often a highly political genre. The solution is simple: Science fiction has spaceships.)

Here are five books that do so better—and in far fewer hours of your time—than Game of Thrones.

1. Those Above and Those Below, Daniel Polansky 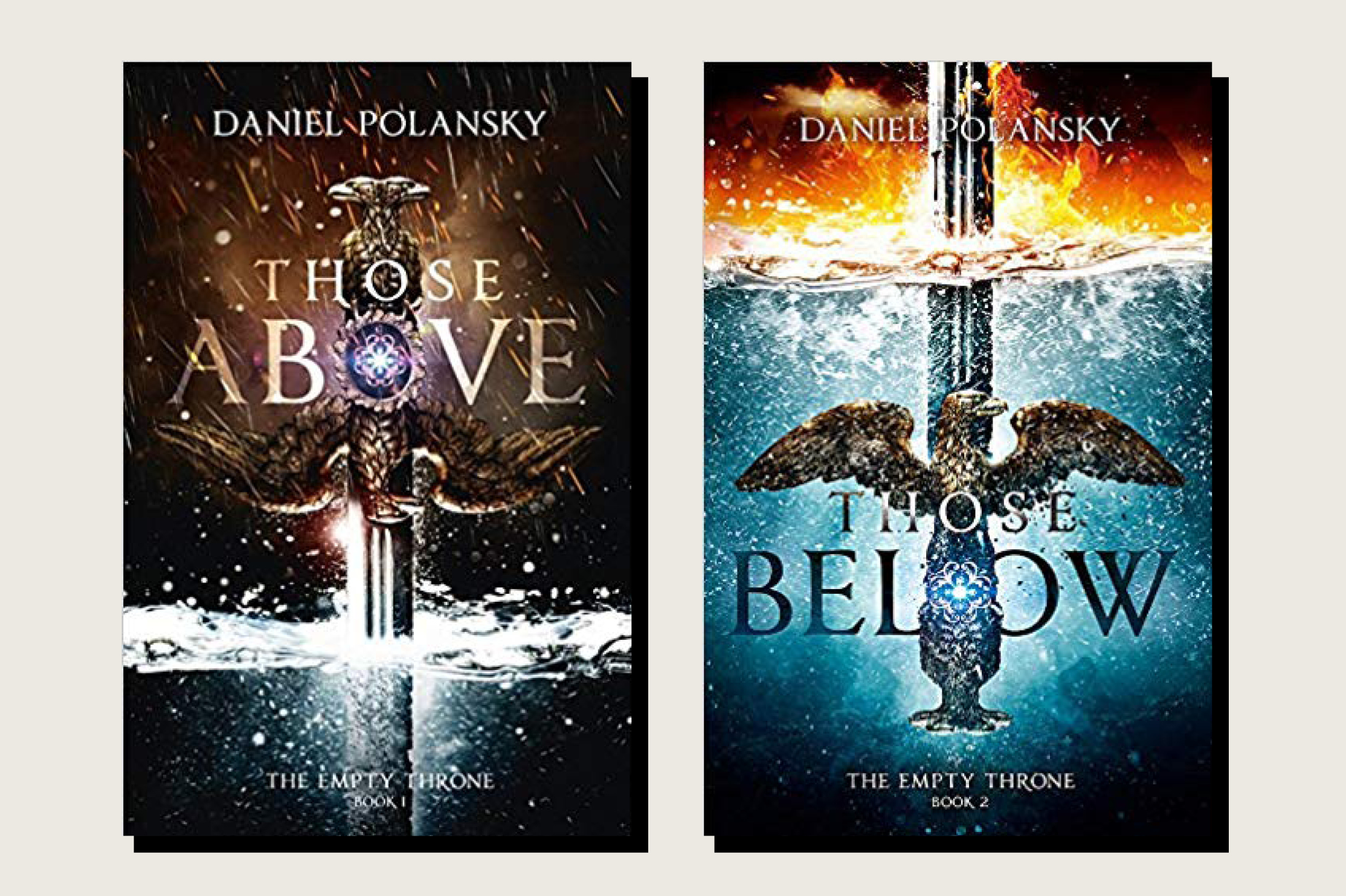 Polansky’s tight, mean duology tackles history, atrocity, and war in a much smarter way than Game of Thrones, and in under 500 pages. An ancient race of near-immortals rules over subservient human kingdoms, who assume that their overlords’ power is unchallengeable—until it isn’t. “The Empty Throne series was about utilizing classic fantasy tropes unsentimentally, according to what I’d discerned of the historical realities of empire building, and the brutal indecency of human nature,” Polansky said.

What seems like a heroic epic rapidly morphs into a historical tragedy, in which the individual victories and sacrifices are far less significant than the forces unleashed by them. As one character remarks of her own plotting, “A wise captain trims his sails with the wind—do you imagine that there is anyone so clever, so powerful, as to force upon the infinite chaos of the world a pattern that is unnatural to it?” 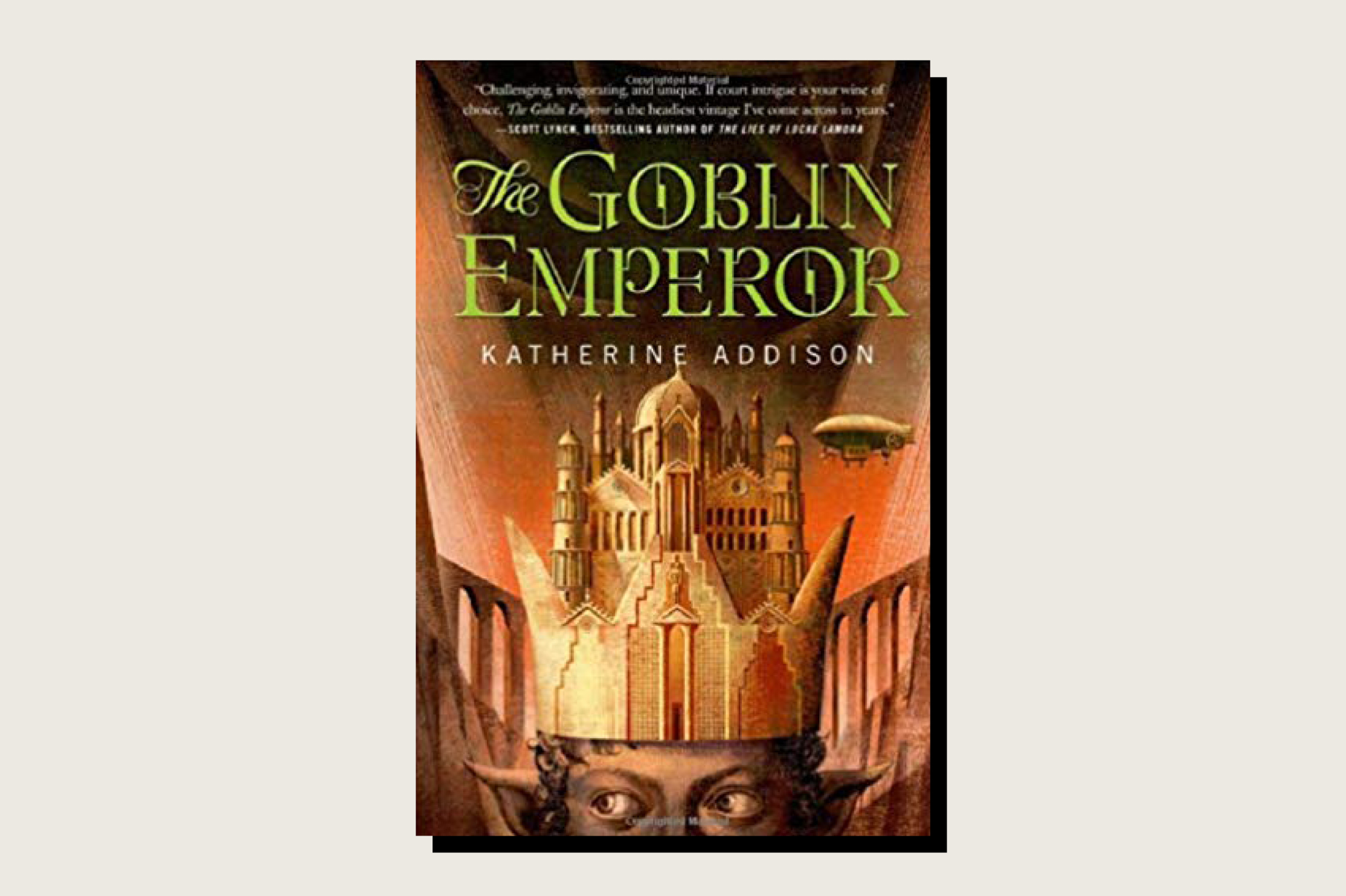 An unwanted child, the half-goblin child of an elven king, ascends to the throne of a great empire, somewhere between Tsarist Russia and Imperial Japan, after a terrible accident. Addison’s book has plenty of court intrigue, but it’s also about a monarchy, and a monarch, in the middle of a transition from absolutism to the beginnings of constitutional rule.

Perhaps that’s why it’s one of the most optimistic books here, a story that doesn’t lose track of the damage done by power but also suggests that empathy and intelligence can put it to good ends. Addison does a brilliant job at suggesting an entire world moving in the background, one that the court barely sees. The plot turns around murder and scheming, but the final challenge is, literally, building a bridge. 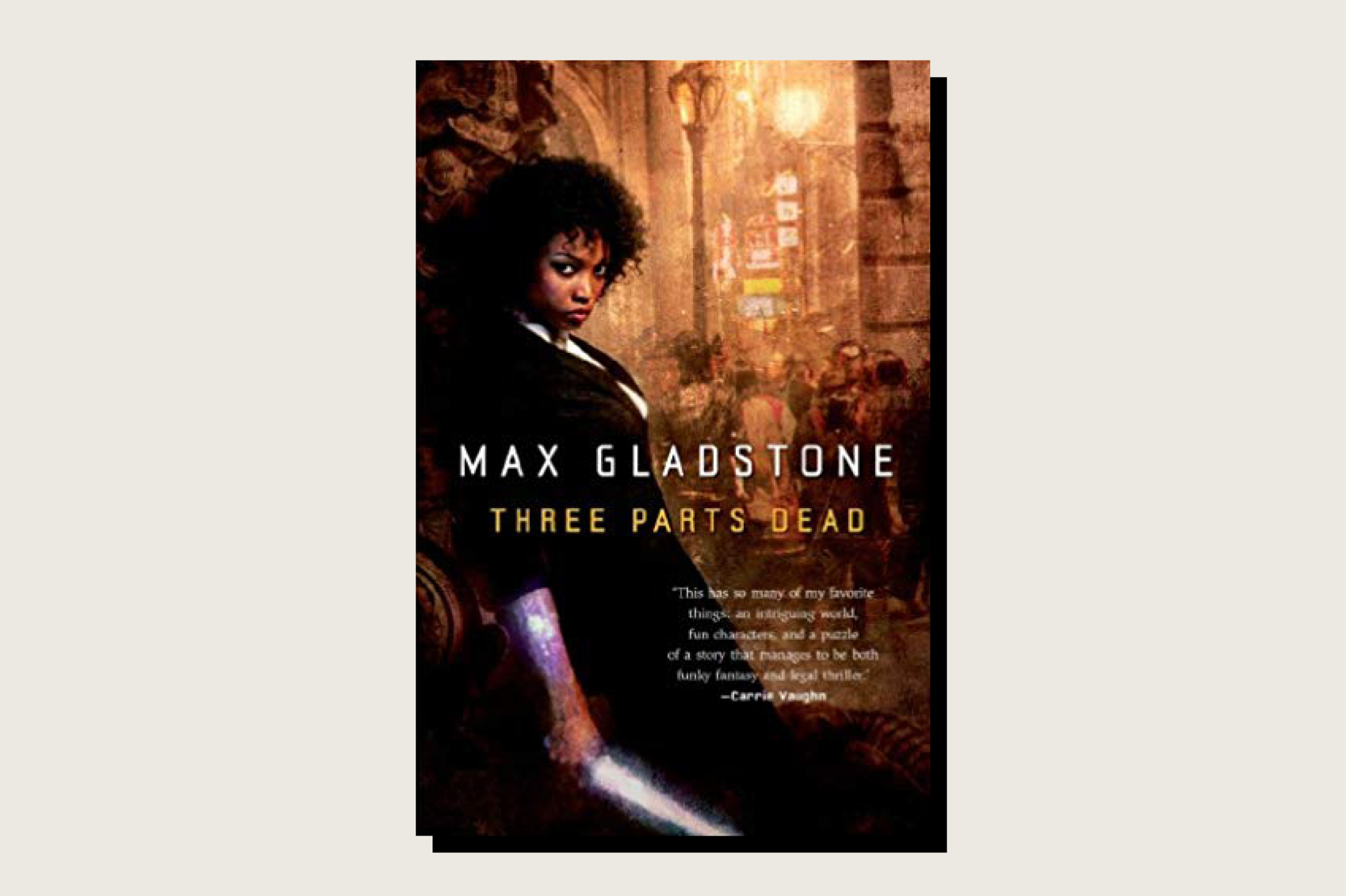 A god’s death kicks off a financial crisis that stems from the need to meet his numerous magical obligations. A first-year associate at an international necromantic firm must find a way to bring him back to life before the whole system collapses. Gladstone’s magical-financial murder mystery is the first of the Craft Sequence, an endlessly clever investigation of the intersection of politics, grand finance, and the costs of selling your soul at an under-market rate.

“[The] core influences: Pratchett of course, Scott’s Seeing Like a State, Taussig’s The Devil and Commodity Fetishism in South America, Zelazny’s Lord of Light, the general public reaction to the 2008 financial crash, my own experiences working in the nonprofit sector in 2006-8,” Gladstone said. 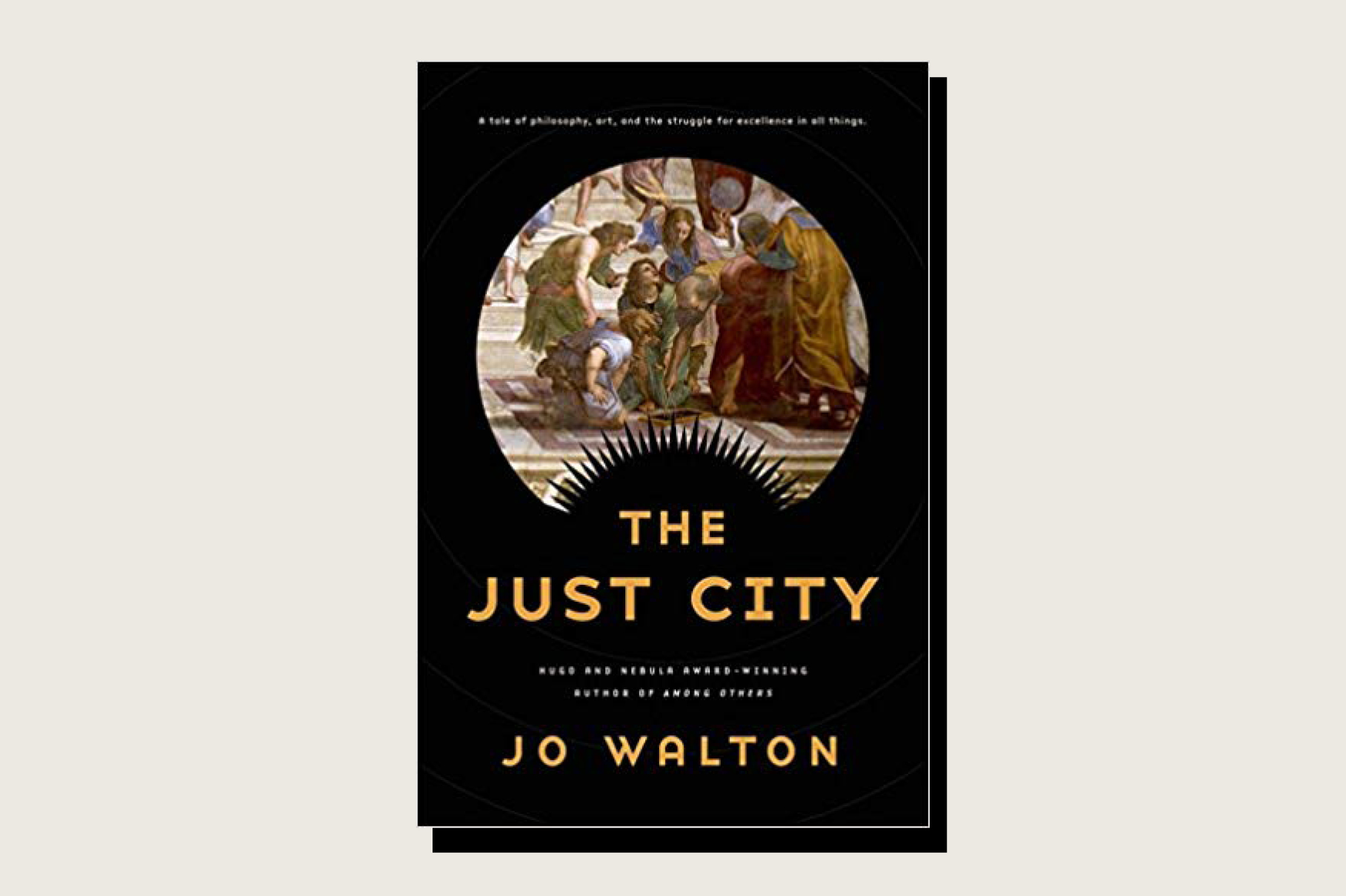 Walton’s novel of ideas has a breathtakingly bonkers conceit: The goddess Athena transports everybody who has ever wished they lived in Plato’s Republic through time and space to a doomed island in prehistoric Greece. There, they attempt to transform a civilization of children rescued from slavers into the Just City—complete with a dedication to excellence in all fields and a replacement of family with sex-by-lottery and collective child-raising.

Walton’s book is about very smart people debating how society should work—and the consequences when their ideas run into reality. But at the same time it’s a book in love with philosophy, both ethical and political. It even features a begrudgingly resurrected Socrates, who grumpily questions the foundations of the entire project. The sequels are fun but lose something of the sparkle of the first book by providing answers rather than questions. 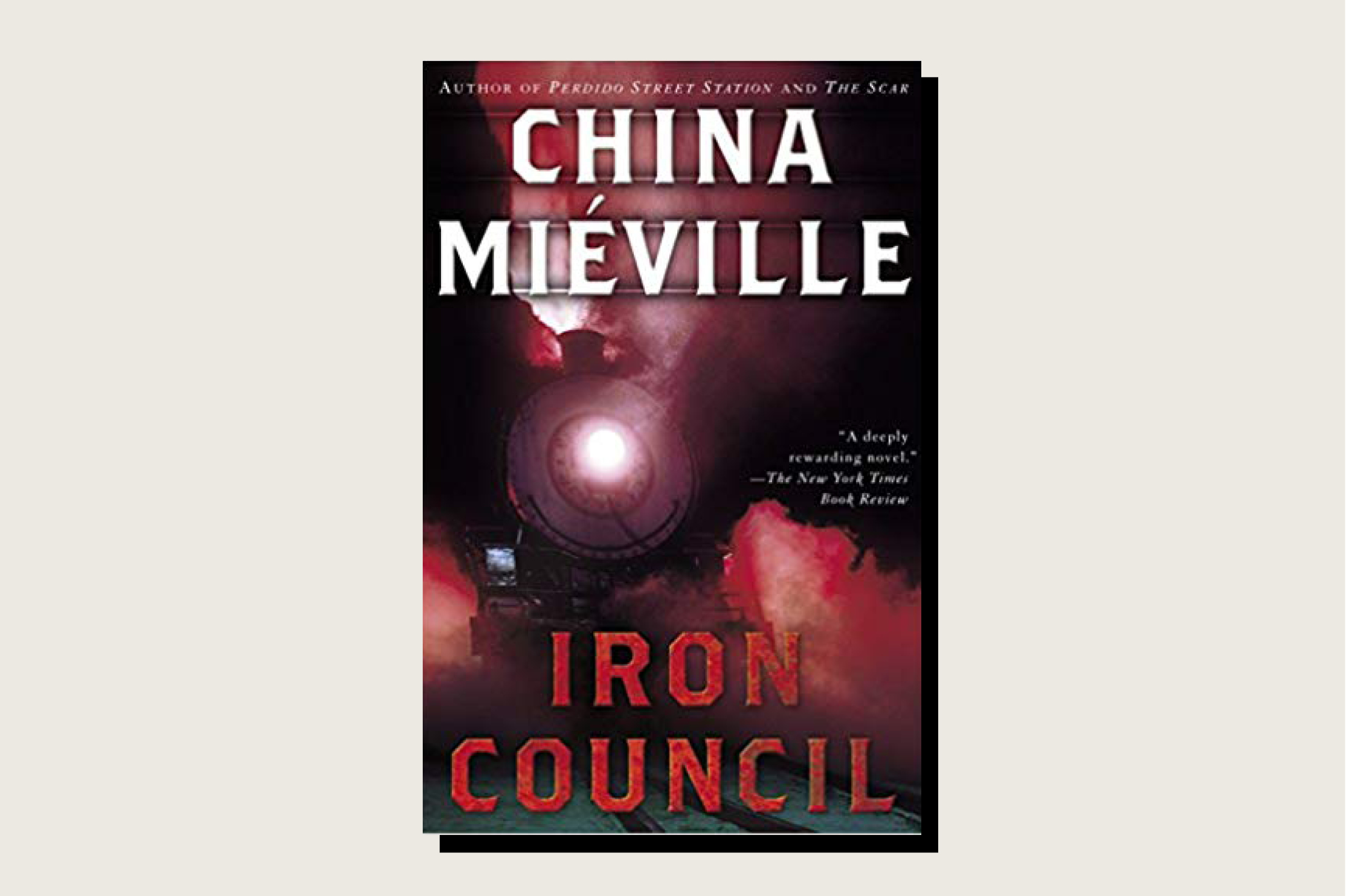 Miéville is a Marxist scholar as well as a best-selling fantasist, and his loosely connected trilogy, beginning with Perdido Street Station, is deeply informed by his politics. That pays off the most in the final book, Iron Council, where the corrupt, chaotic, modernizing city of Bas-Lag faces the prospect of revolution on rails brought by a trainful of magical anarchists laying their own route as they go. (Miéville also just really loves trains, as reflected in his Moby Dick-on-rails story Railsea.) Iron Council is funny, epic, and a reflection on Victorian political and technological upheavals that keep echoing today.

Also recommended: Robert Jackson Bennett’s Divine Cities trilogy, about imperialism, belief, and lost languages; Tamora Pierce’s young adult Circle of Magic, about recovery from disaster and the limitations of nobility; N.K. Jemisin’s multi-award-winning science fantasy Broken Earth trilogy; Felix Gilman’s brutally brilliant The Half-Made World, an alternate Western set during a war between the Rail and the Gun, and Seth Dickinson’s The Traitor Baru Cormorant, about a young woman attempting to avoid the perils and seductions of imperialism.