‘Most People Don’t Know What a Tariff Is’

The University of Chicago trade expert Robert Gulotty says the global trading system will likely survive, though it has never before had to fend off the country that built it.

In the wake of World War II, the United States forged an international trading order meant to break down forever the trade barriers erected in the 1930s that exacerbated the Great Depression. Today, like few times in its seven-plus decades of existence, that order is under threat, most notably from the country that built it. Foreign Policy spoke with the University of Chicago political scientist Robert Gulotty, an expert on international trade, about how serious the threat is, the future of U.S. President Donald Trump’s trade wars, and how to help those whom globalization has left behind.

Foreign Policy: Is the liberal global trading order we’ve known for decades in its death throes, or, as with Mark Twain, are reports of its death exaggerated?

Robert Gulotty: The liberal trading order we have now has been in place since 1947, with the creation of the General Agreement on Tariffs and Trade (GATT). Then, in the late 1980s, the United States, Europe, and Japan sort of colluded with each other to withdraw and create a new organization that everyone else had to join. We have this view that over the course of the 20th century it was just this continuous, successive reductions in tariffs and everything was moving along, but crisis is the way that it works. 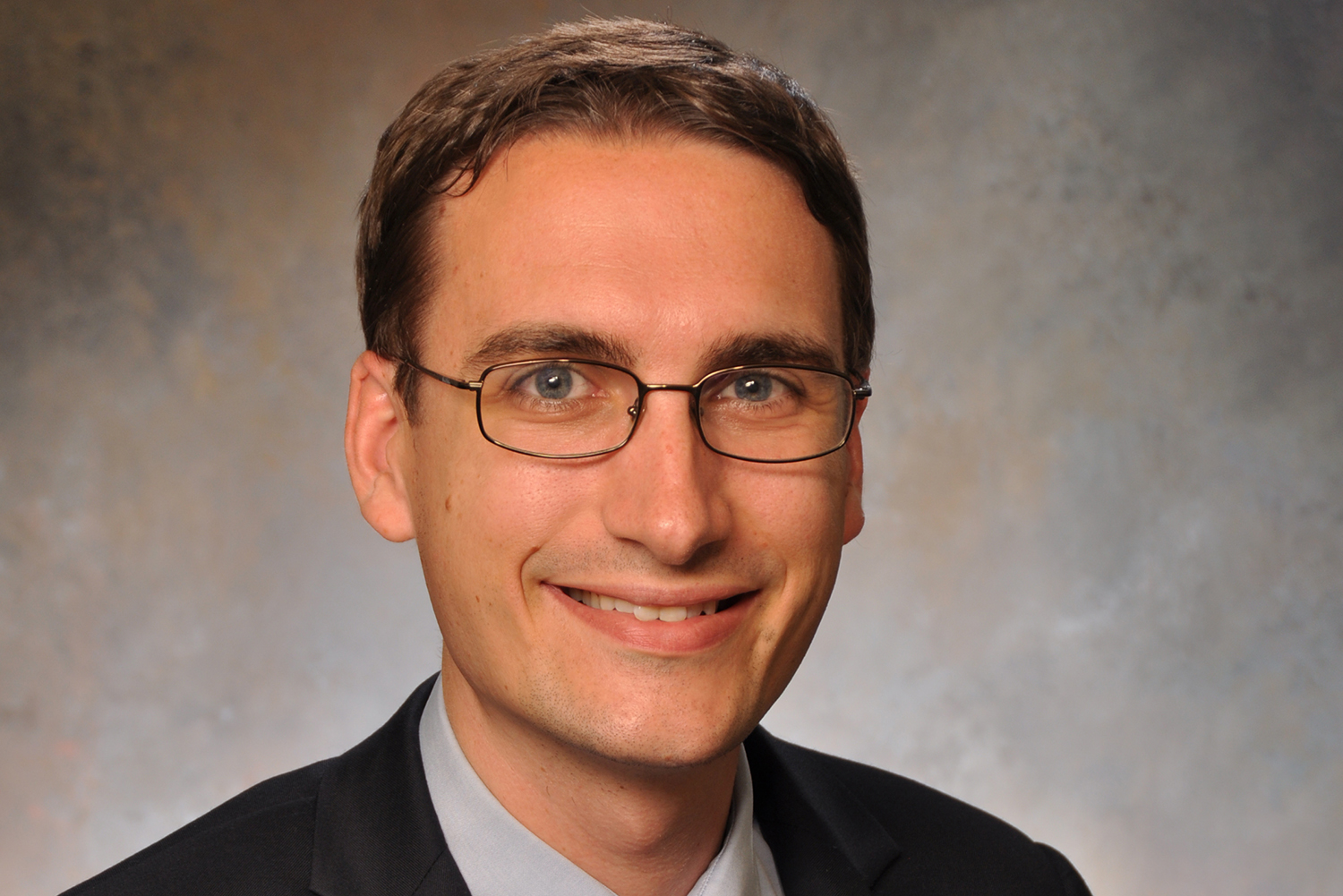 Robert Gulotty, a political scientist at the University of Chicago.

The response to that crisis has always been, we need a new round, we need new negotiations, we need a deeper set of commitments to the global system, and that’s the one thing that we haven’t seen right now. There’s no turn from all this crisis to say, alright, now that we know the United States and China are not able to resolve their differences bilaterally and they’re creating all sorts of problems for the rest of the world, we should reinvigorate the global trading system. We should create a new set of multilateral institutions that will resolve this problem. We’re not seeing that push. That is new. The degree of challenge on the part of the United States is new. The system has faced a lot of pushback before, but usually the United States was a very stalwart friend of the international trading system because we wrote it and it benefits the United States disproportionately.

FP: Well, there’s a lot of irony, as you said, in the United States being the big threat to the trading system. But what’s the biggest threat—the abuse of unilateral tariffs on bogus grounds, undermining the dispute settlement system at the World Trade Organization (WTO), or what?

RG: The U.S. insistence on bilateral trade deals I think is the main political problem. The fact that the United States decided to withdraw from these continued negotiations with the multilateral system, that it withdrew from the Trans-Pacific Partnership, and moved to country-by-country negotiations I think is the main challenge that the global trading system faces. The United States can coerce individual states to get more attractive deals—it did that with South Korea, for example—it can be done. But the idea that this isn’t going to be extended to some sort of multilateral reduction of barriers is a challenge to the global trading system.

FP: So is there any way to get the toothpaste back in the tube, or are we heading more toward a Smoot-Hawley world?

RG: The theory of the WTO, and the GATT before it, has always been, if we ever stopped this process of continuous negotiations—the bicycle theory—the bicycle will fall over. I don’t think that’s necessarily the case. The trading order was created in a particular context. I don’t think we would turn back to the Smoot-Hawley world, because that was enabled by a particular set of conditions. The idea that the Republicans had in the 1930s was, we need something to help our farmers, and the policy tool they went for was essentially to allow tariffs.

I can’t see that being the basis of a trade policy today—industries aren’t clamoring for these tariffs. The Trump administration is not responding to some upswell from starving farmers that they need protection the way that Congress was responding in the 1930s. The politics have changed. We have now a very internationally oriented industry that depends on global markets for their inputs and their sales. The entire idea of a tariff-based trade war in this environment is a little bit strange, given the realities of the producers in the United States.

FP: Yet a tariff-based trade war is what we have.

RG: But it’s being advanced on two contradictory positions. Position one is the Republican position, which says what we’re doing here is advantaging American firms by making sure that China enforces intellectual property laws and opens further its market, thus creating a deeper trading relationship between the United States and China. The Trump position, however, is not that. He’s not selling, “We’re going to get a deeper relationship and be able to build more cars in China.” That’s not how he’s selling his trade war, and I don’t think anybody believes that’s what he wants. He wants investment just in the United States. That second position, that trade with China is bad and we want less of it and the way to get less of it is tariffs, is completely the opposite position of his party.

And so, I’m not sure whether we can say the Trump administration’s decision to adopt these tariffs is driven more by position one or position two. I can’t see a consistent line on this front. I think this is an electoral strategy to show we are tough on our geopolitical rival, as opposed to the demands from industry groups like it was in the 1930s. That’s why I don’t think Smoot-Hawley is a plausible outcome here.

FP: There is this sensation, with Trump, with Vermont Sen. Bernie Sanders, about a huge amount of popular discontent with free trade and trade deals. Yet according to opinion polls, public support for free trade is at near-record highs. How do you explain that? Are we making too much of the dissenting voices, or do people not have a good handle on trade policy?

RG: Well, we know trade is not a priority when people are thinking about how they’re going to vote, for most people. They tend to follow whatever their politicians are saying. So, the fact that Democrats have taken a very pro-free trade position over the last couple election cycles means that a lot of Democrats right now are in favor of global free trade, when historically they wouldn’t have been. All of this led the Democrats to switch from being the party of skepticism toward much more support for trade, and that’s where that overall trend is coming from. It’s not necessarily happening everywhere. The fact that we have more support for free trade now than we ever had before is because the Democrats have basically adopted the position of their party’s leaders.

FP: But the converse is also true.

RG: Republicans now know that what it means to be Republican is to be in favor of tariffs. Now, most people don’t know what a tariff is, but they know that their party leaders are saying this is an important thing, and they’ll go along with it.

But I’ve found that one part of the discontent with the international trading system is in fact a concern about the geopolitical relationships the United States has with the rest of the world and particularly the challenge posed by China. When we see a bunch of Chinese goods in the United States, one thing you could think is, domestic displacement is going to happen. I might lose my job, or others in my community might lose their jobs. But the other thing you might be thinking is, now China’s a global power, which might be threatening the United States. And that second inference is not unreasonable for people to be making.

And it doesn’t require a big leap of logic to say, whether or not we are able to handle the domestic displacement produced by international trade, I might be concerned about that trade if it is strengthening our No. 1 geopolitical opponent. So I don’t think people are being unreasonable in being concerned about the fact that we are trading so much with China, although I don’t think it’s driven so much by domestic displacement.

FP: So it’s actually a savvy take on the geopolitical situation, rather than self-interest?

RG: I would say self-interest can include security considerations. I think it’s, to the mass public, the fact that America is not building everything itself is a threat to our security.

FP: You talk about “domestic displacement,” and others talk about free trade’s losers. The United States has spent decades trying to figure out how to do trade adjustment assistance with little success. Is there a recipe it haven’t yet tried?

RG: The U.S. system—which is to say, you get assistance if you can demonstrate that your specific job was lost because of trade competition—is quite strange. This idea that we are going to target the assistance only if the foreign competition was the reason your factory closed, that’s certainly not the way to do a structural reform. The problem did not start or end when the Chinese shipment arrived. It’s a strange policy, and we’ve had it in the United States for a while, because the United States is quite skeptical of any sort of government intervention in markets.

FP: So, to close the circle, if the United States hasn’t yet found the answer, is a return to a 19th-century trade policy the way to address globalization’s discontents?

RG: In the 19th century, the boom and bust cycles were extraordinarily disruptive. And one of the reasons that the global trade system was created was because of the extraordinary economic destruction that was wrought by the Great Depression. I don’t think there’s any political case for moving back to that kind of position, but the current trade adjustment assistance systems that the United States has tried and failed to achieve over the last 30 years, it’s a little embarrassing, really.

One thing to note: It’s a partisan thing. The Republican Party doesn’t believe in these adjustment systems, it has opposed every increase in funding since the beginning of the trade adjustment system, so it’s never like it was implemented and tried in the kind of way that Democrats would have proposed. It’s not like we tried it and it failed—it’s always been resisted at every turn. It’s completely partisan. Every time there’s a trade negotiation, the Democrats ask for more funding for trade adjustment assistance, and the Republicans oppose it.

‘We Are Not Negotiating With a Gun to Our Head’

Economist Patrick Chovanec says it could still work, but the president could play a much better hand by bringing in U.S. allies.