ALMATY, Kazakhstan—For nearly 30 years, Kazakhstan’s future has been in the hands of Nursultan Nazarbayev, the Central Asian country’s first and, until recently, only president. In power since 1989, before Kazakhstan gained independence during the collapse of the Soviet Union in 1991, Nazarbayev proved to be a shrewd leader: managing difficult relations with neighboring Russia and China, harnessing the country’s substantial oil reserves to fund Kazakh nation-building, and raising living standards for Kazakhstan’s ethnically diverse populace. Yet as the country’s founding leader, Nazarbayev wasn’t simply the leading force in Kazakh politics. He was the Kazakh political system: dismantling any organized political opposition, crushing independent media, winning elections by unreal margins—and putting together a family fortune in the process

But Nazarbayev’s lengthy tenure as president has finally come to an end, leaving behind a personalized autocratic system and a legacy full of contradictions for his hand-picked successor and 18 million Kazakhs to grapple with in the elections on June 9.

In March, the 78-year-old Nazarbayev abruptly resigned and positioned Kassym-Jomart Tokayev, the 66-year-old speaker of the Senate and a trusted ally, to take over as interim president. Tokayev has so far been a devoted loyalist. In April, he called for snap elections, and on the campaign trial he has doubled down on Nazarbayev’s message that continuity, not change, is Kazakhstan’s political future. Tokayev’s first order of business, announced during his inaugural address, was to rename the capital, formerly known as Astana, to Nur-Sultan, in Nazarbayev’s honor. Parliament unanimously agreed.

This makes the elections a largely choreographed affair, with activists, analysts, and foreign diplomats viewing Tokayev’s ascension as a foregone conclusion. But Nazarbayev’s resignation and the ensuing election period have also catalyzed activists across the country, leading to an unexpected series of protests and rising civil disobedience that have exposed cracks in the ongoing political transition. Entrenched corruption and poor public sector services are long-standing grievances, while a growing wealth gap, inflation, and several rounds of currency devaluation in recent years have dimmed the country’s economic horizons and wiped out savings accounts.

With discontent and pessimism on the rise, Kazakhstan’s beleaguered activists and embattled independent media see the succession process as a rare moment to stake a claim to their country’s political future. The approaching vote, even if fixed, is seen as a chance to begin the long process of building Kazakhstan’s political culture, which they say was put on hold during Nazarbayev’s rule.

“For 30 years, we haven’t had the ability to be citizens. Nobody has taught us about our rights, how to express our opinions, and how to present them to the government,” said Leila Zuleikha Makhmudova, a 26-year-old Almaty-based activist who is one of several organizers behind Oyan, Qazaqstan (“Wake up, Kazakhstan”), a new grassroots civil society group. “Now we are finally learning to be citizens, but we are all starting from the ground level up,” she said. 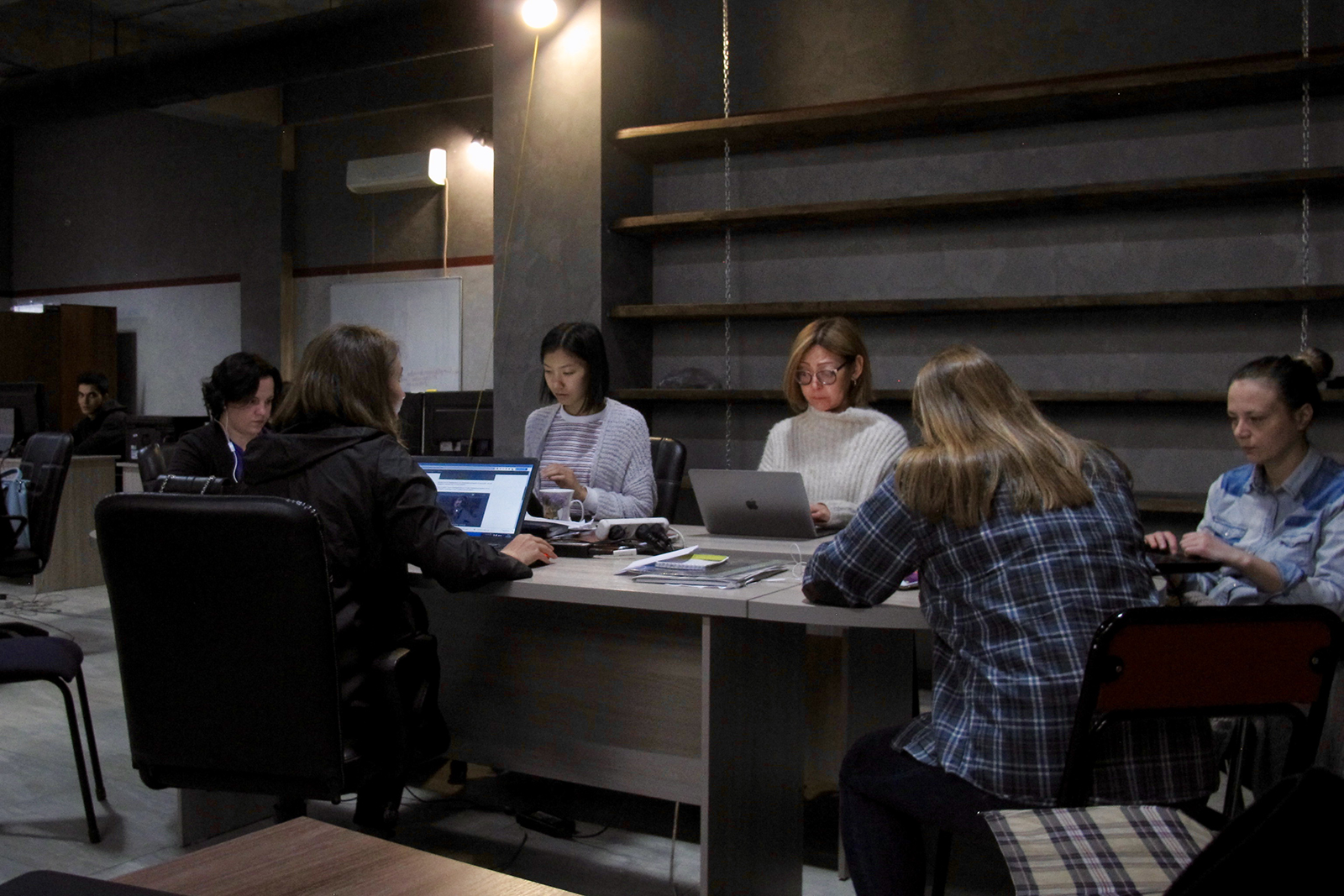 Gulnara Bazhkenova, the editor in chief of Hola News, a media startup in Kazakhstan, works with staff at their newsroom in Almaty on May 22. Reid Standish for Foreign Policy

Seven candidates are running for the presidency in an election that the government has called its most competitive to date. Tokayev promised a free and fair vote, but the assembly of mostly no-name rival candidates points toward a stage-managed process. The campaign has been a low-key event limited to billboards, restricted campaigning, and a televised debate where two candidates, one of whom was Tokayev, sent proxies in their place. Amirzhan Kosanov, a well-known government critic, was allowed to run in the election and labeled himself as the only opposition candidate, but skeptics have criticized his candidacy, saying that it legitimizes an unfree election. Meanwhile, protests in early May in major cities across the country were broken up by the authorities and followed by arrests, while independent media outlets and certain social networks were blocked.

Three decades of authoritarian rule have not left much to build on in the Central Asian country. Nazarbayev and his Nur Otan party have dominated the political landscape, while his allies and relatives have a stranglehold on the media environment. Journalists in Kazakhstan face tremendous restrictions, with independent reporters routinely harassed and even jailed for performing their jobs. Over the years, independent outlets have been closed under government pressure, with those that remain left navigating suffocating defamation laws and the vaguely defined criminalization of “false information.” For the independent outlets still open, they are left balancing the desire to do impactful work with the need to court advertisers that instinctively shy away from content that touches thorny political topics.

“Kazakhstan was closed to real politics for 30 years. We’ve had only one president and only one real political party,” said Slava Abramov, the founder of Vlast, an independent news site that was blocked by the government and had one of its reporters arrested in May for covering a protest. “But something is starting to change. The culture is becoming more political.”

Despite the heavy-handed rebuke from the authorities, the government’s attempts to clamp down may be giving a boost to the country’s independent media outlets. Aisana Ashim, the 27-year-old CEO of the Village, a small online publication franchised from Russia, said that the government blocking the site is a “badge of honor” that has only made the publication more popular and earned credibility in the eyes of readers.

“They are actually making us more powerful,” she said. “We are getting more readers. People who didn’t know about us before think that we must be doing something right if we are getting blocked.” 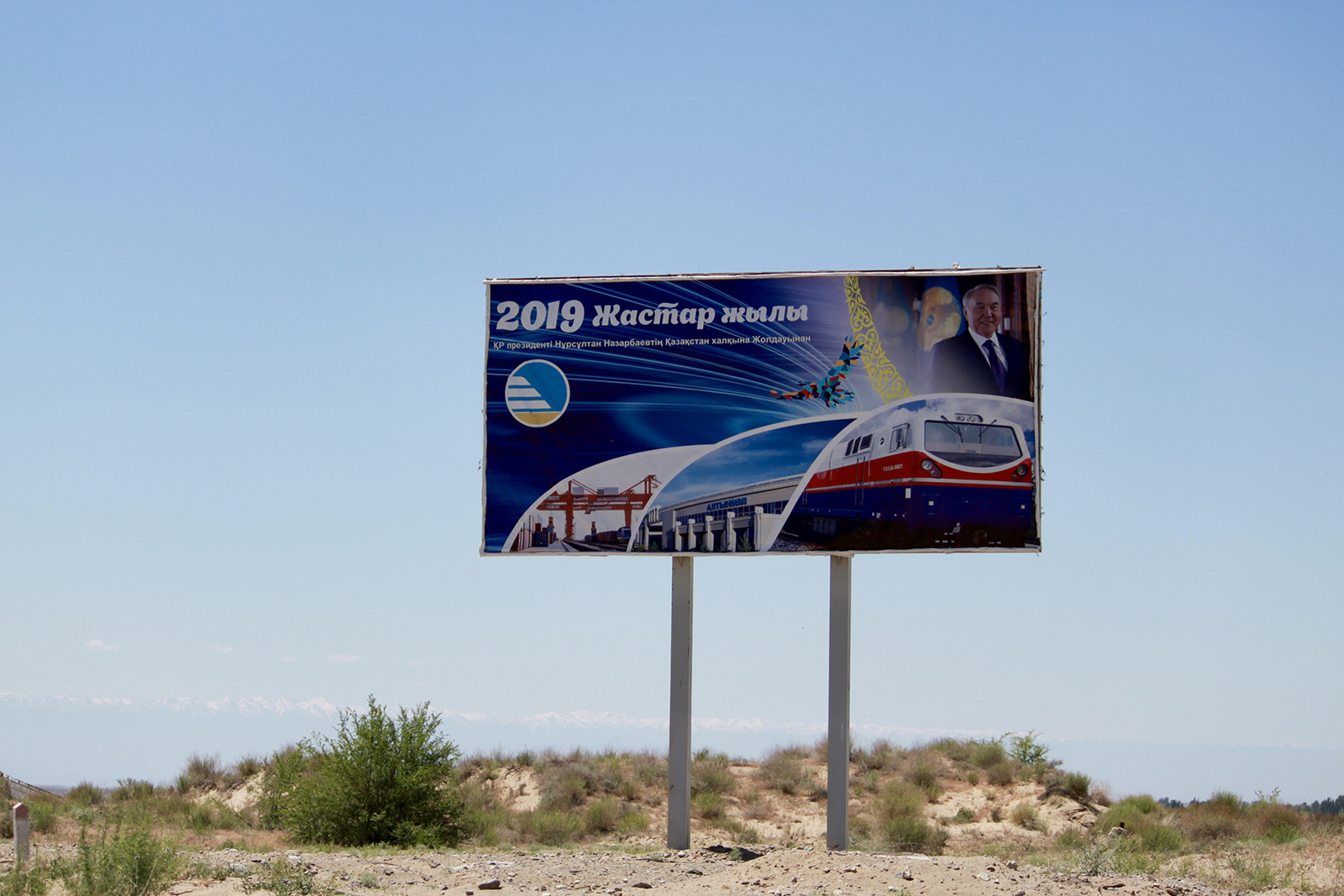 A billboard for Nursultan Nazarbayev labels 2019 as the Year of Youth in Nurkent, Kazakhstan, on May 29. Reid Standish for Foreign Policy

Along with protests in the streets, activists have turned to small acts of defiance to show their frustrations with the direction of the country and their seeming lack of choice in electing the next leader. Asya Tulesova and Beibaris Tolymbekov unfurled a banner at the Almaty marathon in April saying: “You cannot run from the truth,” along with the hashtags #forafairelection and #Ihaveachoice in Kazakh and Russian. Elsewhere, a man hung up a banner with a quote from the Kazakh Constitution that read, “the only source of state power is the people,” and Aslan Sagutdinov, a young man from Uralsk, a city near the Russian border in northwestern Kazakhstan, protested by holding up a blank sign in a public square.

The protests brought punishment. Tulesova and Tolymbekov each received 15-day jail sentences. Sagutdinov was detained by police, and Roman Zakharov, the man who quoted the constitution, received a five-day sentence. Furthermore, Sagutdinov and Tolymbekov were each conscripted for compulsory military service after their incidents, which they said was punishment for their activism. Sagutdinov was able to avoid service due to a medical condition, but Tolymbekov is currently serving as a conscript after his family was intimidated and pressured by Kazakh authorities, according to local human rights groups.

“I’m not expecting anything from the government. Unless we start demanding change, I doubt anything significant will happen,” said Tulesova, who has now finished serving her 15-day sentence. “The only hope is trying to mobilize people and come up with an agenda to work on, and for the government to stop ignoring us.” 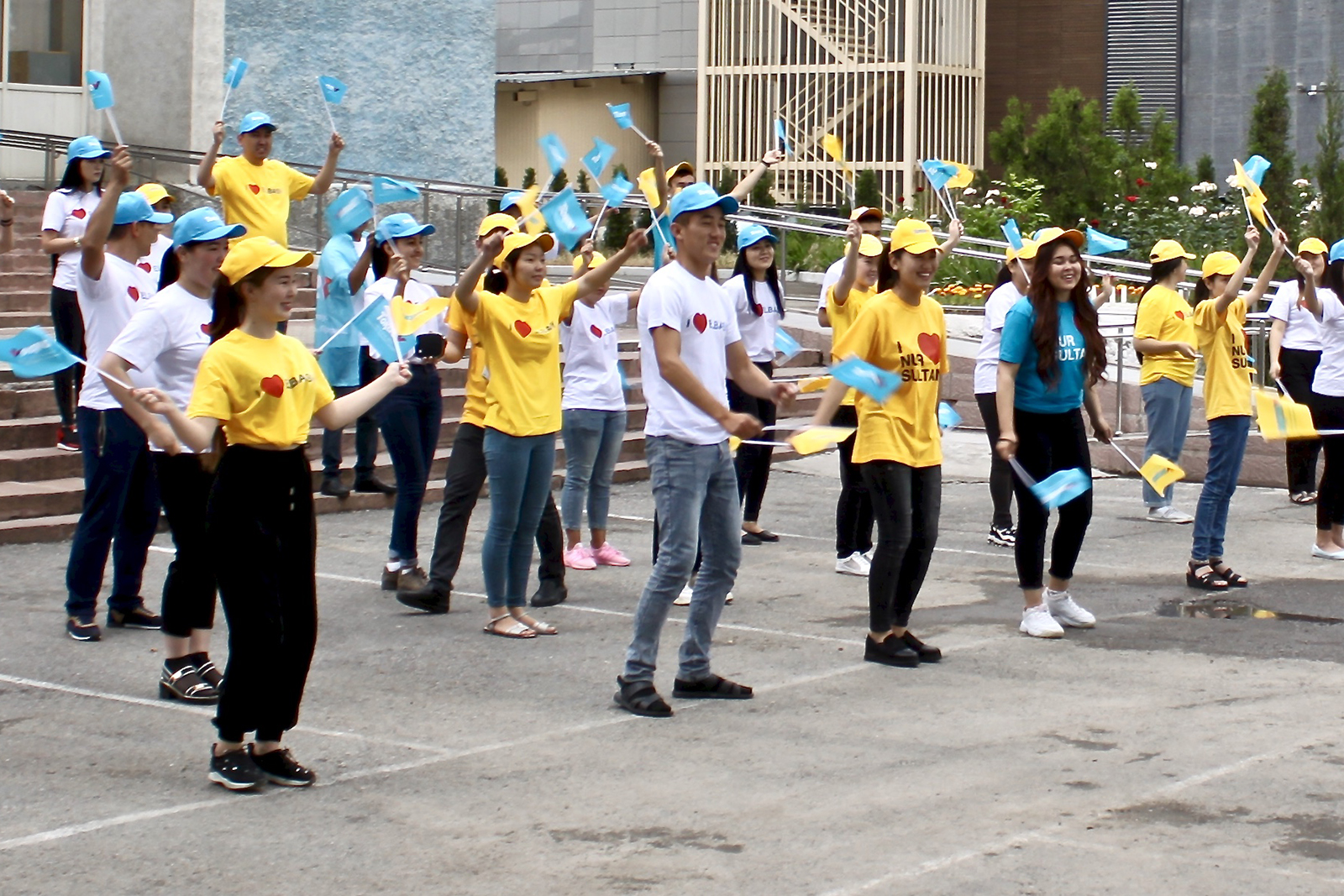 Kazakh authorities have signaled little appetite to tolerate dissent or open the media environment during the power transition, something that analysts say isn’t likely to happen anytime soon, if at all. Nazarbayev’s eldest daughter, Dariga Nazarbayeva, succeeded Tokayev as Senate speaker, making her next in line to the presidency and one of several Nazarbayev family members who have been theorized as a potential political heir. Despite his resignation, Nazarbayev has, unsurprisingly, not loosened his grip on power. Through his various titles, the aging autocrat retains sweeping powers over Kazakhstan’s foreign and domestic policy and is able to protect his family’s immense wealth from future asset seizures.

“The system that we see today, it is Nazarbayev’s personalized system of power. For as long as he’s alive, this system will continue in some shape or form,” said Kate Mallinson, an analyst at Chatham House and the managing director of Prism, a political risk consultancy. “The system has to inevitably change, but it’s too early to say what it will become.”

Despite the growing protest mood in the country, there is little to suggest that Kazakhstan’s long-awaited—and carefully managed—succession won’t go according to plan, with Tokayev headed toward victory on June 9.

Gulnara Bazhkenova, the editor in chief of Hola News, one of the news outlets that was blocked in early May, says that the difficulties facing the media environment in Kazakhstan show no signs of improving and could get worse as Election Day draws nearer. But the veteran journalist says it’s clear that the resignation of Nazarbayev has sparked an interest and engagement with politics that was previously absent in Kazakhstan—and that doesn’t look to be going away soon.

“The problem isn’t that people here are apolitical, it’s that they don’t really know yet what to do,” Bazhkenova said. “I have a strong feeling that Kazakh people want change very, very much.”

What Kazakhstan Can Teach About Medium-State Diplomacy

How the self-styled “Asian Geneva” successfully navigated among Russia, China, and the West—at least for now.

Ex-Soviet Bioweapons Labs Are Fighting COVID-19. Moscow Doesn’t Like It.

One of the greatest achievements of U.S. foreign policy has been targeted by a vicious disinformation campaign.