Trump backs down from Iran strikes, the Pentagon gets a new chief, and Istanbul returns to the polls.

This week, U.S. relations with Iran worsened after the country shot down a U.S. reconnaissance drone near the Strait of Hormuz on Thursday, just a week after Washington blamed Tehran for tanker attacks in the Gulf of Oman. Thursday night, the United States prepared retaliatory strikes, but U.S. President Donald Trump backed down at the last minute. The latest escalation came as new leadership took the helm at the Pentagon.

In Turkey, the people of Istanbul are set to vote on Sunday in a mayoral election rerun, which once again pits Binali Yildirim from the ruling Justice and Development Party (AKP) against Ekrem Imamoglu of the opposition Republican People’s Party. Imamoglu won the first vote on March 31, but complaints from the AKP led Turkey’s Supreme Election Council to call a rematch.

Meanwhile, the contest for Britain’s next prime minister has narrowed down to two candidates, former Foreign Secretary Boris Johnson and the current Foreign Secretary Jeremy Hunt. Members of the Conservative Party will decide the runoff, with results to be announced next month. 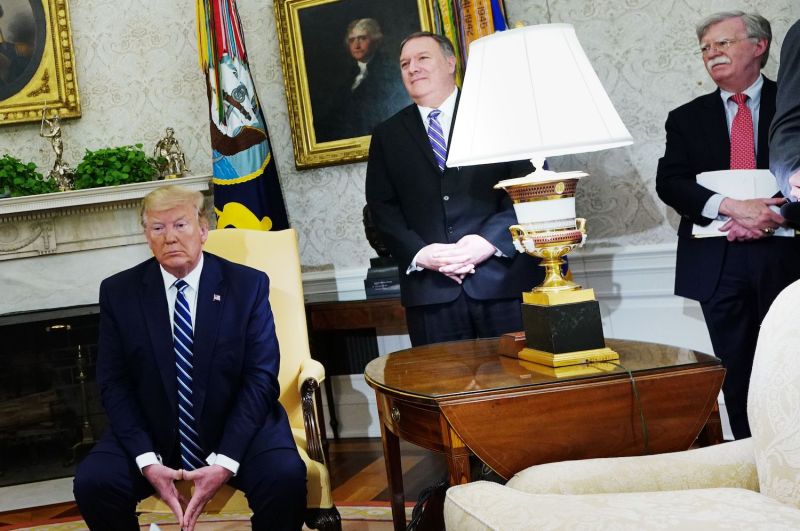 1. Why Trump Decided Not to Attack Iran

Trump called off retaliatory attacks on Iran with just 10 minutes left to spare after learning the operations would kill 150 people—potentially signaling a de-escalation of the crisis, Foreign Policy’s Lara Seligman and Robbie Gramer report. 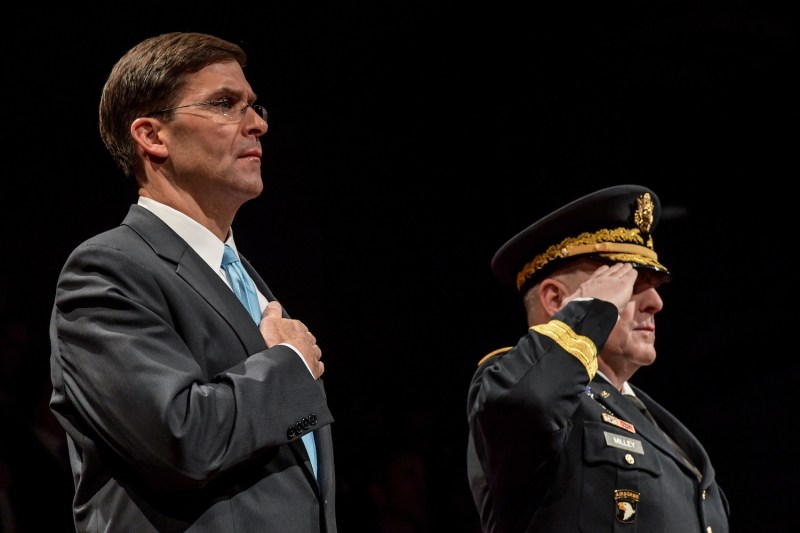 The army veteran and defense lobbyist ascends to the role after Patrick Shanahan withdrew his nomination this week, amid reports of domestic violence incidents in his family, Foreign Policy’s Lara Seligman, Elias Groll, and Robbie Gramer report. 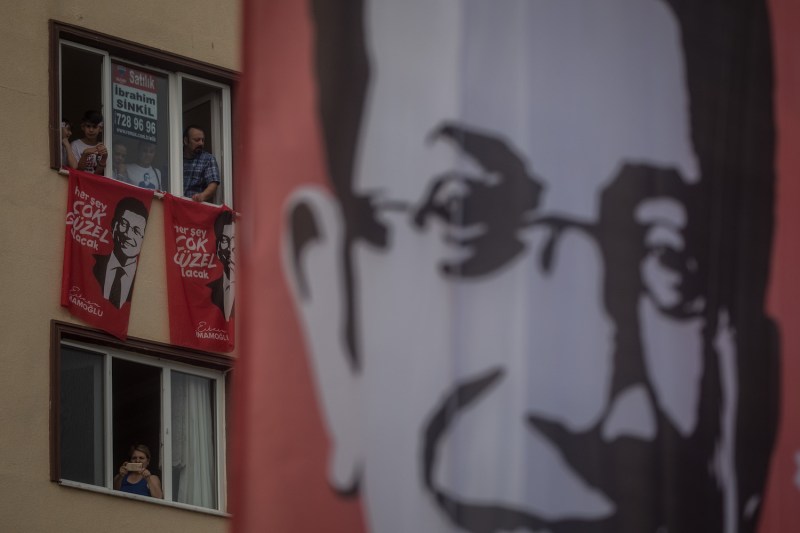 Supporters listen on from their balconies as mayoral candidate Ekrem Imamoglu speaks during a rally in Istanbul on June 20. Chris McGrath/Getty Images

Though Sunday’s Istanbul mayoral election rerun is at its core a local affair, the contest still has important implications for the AKP and national Turkish politics, Fariba Nawa reports from Istanbul. Imamoglu, for his part, has used soccer as a powerful political tool, Patrick Keddie and Sevecen Tunc write in Foreign Policy’s profile of the opposition candidate.

Some observers say the rerun represents the downfall of Turkish democracy. But Murat Somer argues it actually represents a rejection of the country’s slip into authoritarianism. 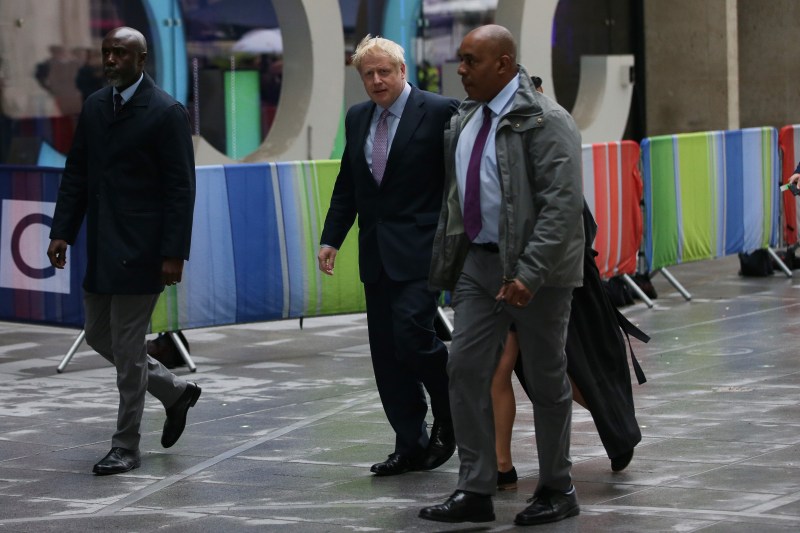 As Johnson enters the final stage of the race for Britain’s premiership, some Tories worry his ascension to No. 10 Downing St. would be the party’s downfall, Owen Matthews writes.

Regardless of who wins, the process to pick the next British prime minister is unrepresentative and undemocratic, Stephen Paduano writes. And the male-dominated contest underscores how the debate around Brexit more broadly has ignored women, Sarah Donilon writes. 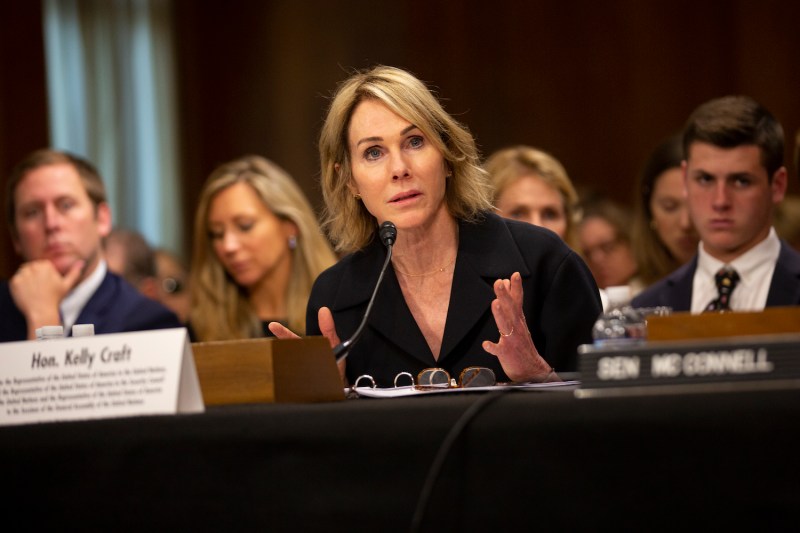 Kelly Knight Craft, U.S. President Donald Trump’s nominee to be ambassador to the United Nations, testifies at her nomination hearing before the Senate Foreign Relations Committee in Washington on June 19. Stefani Reynolds/Getty Images

Kelly Knight Craft, a prominent Republican donor and the current U.S. ambassador to Canada, who has been nominated to represent the United States at the U.N., faces opposition from Senate Democrats over accusations of absenteeism at her current post, Foreign Policy’s Colum Lynch and Robbie Gramer report.

If confirmed, Craft would be the first U.S. ambassador to the United Nations who started off as a presidential campaign donor, Foreign Policy’s Colum Lynch reported in a profile earlier this month.

How Tensions Between the U.S. and Iran Ended Up Strengthening ISIS

American troops helped keep a lid on the Islamic State in Iraq. The Suleimani killing changed all that.

The Pentagon Tries to Pivot out of the Middle East—Again

Confusion over the removal of missiles and aircraft from Saudi Arabia could invite the aggression the United States is trying to avoid.