What Can Europe Do About Iran?

Plus: Sudan’s final transition deal, Parliament’s plan to stop a no-deal Brexit, and what to watch in the world this week.

Europe Struggles to Save Nuclear Deal

Iran will soon enrich uranium beyond the level set by the 2015 nuclear deal, breaching the agreement for the second time. Iranian officials said Sunday that the country will now backtrack on its commitments under the pact every 60 days unless the European signatories can protect it from U.S sanctions—which have hit oil exports hardest. Some estimates indicate that the drop in Iranian oil exports is already creating debt.

The announced enrichment increase is modest (from 3.7 percent to 5 percent), but nonetheless jeopardizes the deal, which the United States backed out of last year. U.N. inspectors on the ground in Iran will issue a report on the uranium enrichment as soon as it is verified. Iran insists it is not planning to create a nuclear weapon.

What can Europe do? The European parties to the 2015 deal—Britain, France, and Germany—all quickly condemned Iran’s latest breach, as did the European Union. European and Iranian diplomats are supposed to meet by July 15. If it doesn’t go well, the European countries could consider launching a dispute resolution process outlined in the deal.

“Iran would like the EU to set up a larger credit line for countries to buy Iranian oil, something Europe has so far resisted,” the Guardian reports. “Europe seems reluctant to put large sums into any credit line designed to increase its trade with Iran.”

France leads the charge. French President Emmanuel Macron’s office said the dispute resolution mechanism—which could lead to a return of U.N. sanctions—was “not an option at this moment.” France is leading the charge to get all parties back in the room by the July 15 deadline. It’s not yet clear what will happen if they don’t meet it.

Sudan’s transition deal, finalized. The transition deal between Sudan’s ruling military council and opposition groups is expected to be finalized today, more than a month after talks broke down following a deadly raid on a protest camp by security forces. The new deal—concluded late on Friday in Khartoum—sets out a three-year plan: The military will lead for the first 21 months, followed by civilians. The agreement also requires an independent investigation into last month’s violence, though it is not yet clear how it will be carried out.

Parliament tries to block no-deal Brexit. British lawmakers, including a “sizeable number” of Conservatives, are making a plan to stop the country’s next prime minister from leading Britain out of the European Union without a deal. Boris Johnson—the frontrunner in the contest—has doubled down on his pledge for Britain to leave the European Union by Oct. 31, no matter what. If he wins, he might not be able to overcome Parliament: Most members firmly oppose a no-deal Brexit.

Malta pledges to relocate migrants. The 65 migrants stranded on board a German rescue boat that was barred from docking in Italy will land in Malta, where they will be relocated to other European countries, including Germany. Italy’s migration policy, which has closed the country’s ports to rescue boats, has created clashes between government officials and NGOs. Over the weekend, another boat bound for Europe sank after departing Libya, with more than 80 migrants feared dead.

A peace summit between Afghan leaders and the Taliban continues in Doha, Qatar, this week, with members of the Afghan government attending in a personal capacity, but the talks have been overshadowed by a deadly Taliban bombing on a security compound in Ghazni, killing at least 14 people. The attack occurred near a private school and 60 children were among the wounded. The Taliban are consolidating control on the ground—and the future looks bleak, Ashley Jackson writes for FP.

Venezuela’s opposition will meet envoys of President Nicolás Maduro’s government this week in Barbados for talks mediated by Norway amid the ongoing political crisis. The opposition leader Juan Guaidó said the discussion must lead to a solution: Previous rounds of talks have ended in deadlock.

Qatar’s Emir Sheikh Tamim bin Hamad al-Thani will meet U.S. President Donald Trump on Tuesday to discuss economic and security ties. Qatar has not been on diplomatic terms with its regional neighbors Saudi Arabia, the United Arab Emirates, Bahrain, or Egypt since 2017.

The Hong Kong protests’ targets. Protesters in Hong Kong are now targeting visitors from the mainland for support. Chinese media has censored the ongoing demonstrations against the city’s extradition bill. On Sunday, the protesters marched toward a high-speed train station that links the city with the mainland and through a popular tourist area, shouting slogans in Mandarin rather than in Cantonese—Hong Kong’s main language.

Ethiopia’s ethnonationalist threat. Abiy Ahmed, who became Ethiopia’s prime minister last year, oversaw the release of many former rebels from prison—a plan that was hailed as a bold reform. The June 22 killings of state officials by ex-rebels show that the amnesty may be contributing to the growing ethnonationalism across the country, Nizar Manek reports for FP.

The Russian offensive in Syria. More than 500 Syrian civilians have been killed during the Russian-led bombing on Idlib province over the last two months. The offensive has drawn criticism from major global rights groups, which allege attacks on hospitals and schools by the Syrian government and its allies. At least 300,000 people have been displaced.

Life expectancy in Spain. By 2040, Spain will overtake Japan as the country with the world’s longest life expectancy. What is it doing right? Likely a combination of the Mediterranean diet and climate, public health care, and strong social cohesion. But beyond 2040, Spain’s graying population could create a policy headache, Raphael Minder writes for FP.

Argentina’s upcoming election. Argentina’s president, Mauricio Macri, and his challengers in the October election began campaigning with TV ads on Sunday. The country’s ongoing economic crisis has undermined Macri’s campaign as he faces off against his key rival Alberto Fernández, who is sharing a ticket with the former President Cristina Fernández de Kirchner.

Nepal’s government refused to allow its Tibetan community to hold a celebration for the Dalai Lama’s birthday over the weekend, citing security concerns. China, which rules Tibet, is expanding its influence in Nepal with aid and investment.

The ancient city of Babylon in Iraq has been added to UNESCO’s World Heritage list after decades of lobbying by the Iraqi government. The 4,000-year-old site needs urgent restoration, having suffered damage under the rule of Saddam Hussein and the U.S. occupation.

Amid a summer heat wave, a city in China has banned men from rolling up their shirts to bare their stomachs—a common sight known as bang ye, or “exposing grandfathers.” Authorities in Jinan said it was “seriously affecting the image of the city.” 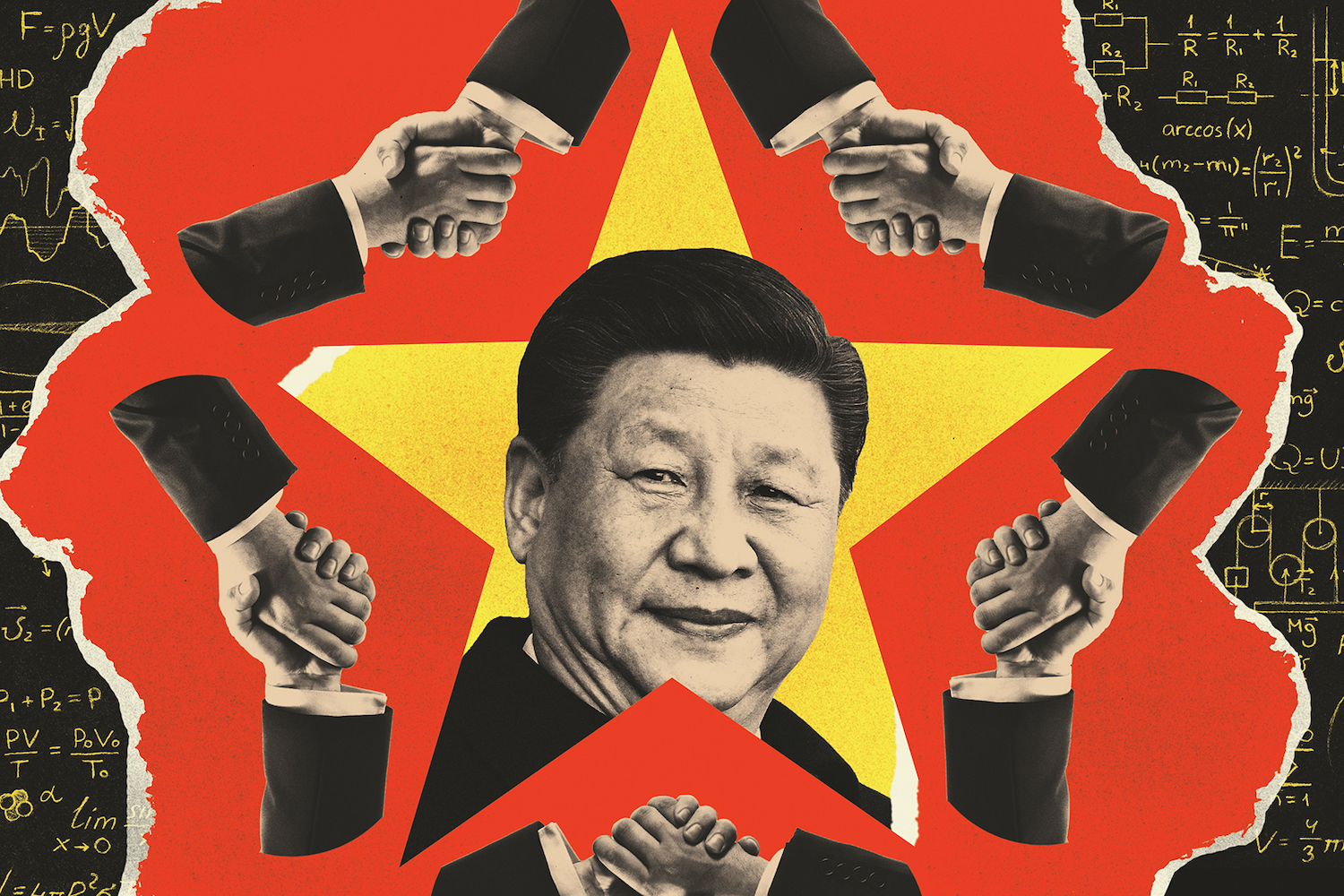 Conventional wisdom suggests that because China’s leaders are mostly trained as engineers and scientists, they are more likely to govern efficiently. But advocates of this approach are wrong, James Palmer argues in Foreign Policy. Chinese politicians have been shaped less by their education—which, for some, was cursory—and more by the need to survive amid the bruising internal battles of the Chinese Communist Party. Plus, the new generation of leaders is distinctly lacking in engineers.

“Education matters less than most observers think,” he writes. “The determination among outsiders to see apolitical or meritocratic technocracy in the Chinese leadership—based largely on decades-old degrees, reveals more about Western fantasies about China than it does about politics in Beijing.”