The upcoming Disney film is already a cultural battleground. But China’s most famous heroine thrives in many tellings.

The first teaser for Disney’s upcoming live-action version of Mulan dropped last weekend, and it set the online world atwitter. The film has been positioned by critics as Disney’s apology to mainland Chinese audiences, who are claimed to have rejected the original 1998 animated movie for being disrespectful of Chinese culture. (The original film’s China release was delayed a year thanks to Disney’s 1997 biopic about the Dalai Lama, Kundun.) That matters a lot in a world where, unlike at the time of the original Mulan’s release, China is the second-largest—and a highly lucrative—film market.

But even in the mainland, there are lots of different ways of being Chinese—and even more among the global diaspora. And there are many Mulans, too. Like Chinese culture itself, Mulan can’t be reduced to a single story.

The earliest surviving version of the “Ballad of Mulan” appears in the 12th-century Collected Works of the Music Bureau (Yuefu shiji) alongside Wei Yuanfu’s literary imitation of it, sometimes titled “Song of Mulan.” The ballad, as the folk song, is the older of the two and is the source most retellings refer to.

Yet even between the two, there are notable differences in emphasis. The ballad ends with a sly riddle about the difficulty of gendering rabbits when they are running side by side, whereas Wei appended a moral that shames men for not being half as filial and patriotic as Mulan.

But in the nearly a thousand years since the ballad was written down, there has been no shortage of reinventions. The bones of the story, a girl going to war in the place of her father, proved infinitely versatile.

There have been Ming dynasty plays, one of which includes a salacious unbinding of feet—the Ming equivalent of a striptease—as Mulan boasts of a secret family recipe that will restore their smallness of after the war. There have been Qing dynasty novels where beautiful bandit sisters fall in love with Mulan and yet others where she gets embroiled in palace intrigue and teams up with other female warriors like Dou Xianniang. She has provided feminist inspiration to 20th-century revolutionaries such as the executed writer Qiu Jin.

And from the beginning, non-Han elements were embedded in the story, if often forgotten. Mulan’s independence and horsemanship are owed to the story’s likely Central Asian origins. Though the ballad is overtly set during the Northern Wei (A.D. 386 to 534), a brief-lived empire founded by nomads and with a khan on the throne rather than an emperor, very few of the subsequent retellings use these details. Some simply incorporate anachronistic elements like foot binding or a vision of Guanyin, the Buddhist goddess who became popular in China in the 12th century.

Many more just shift the story to another era, such as the Tang dynasty, when the ballad was first mentioned in historical texts. The ballad’s emphasis on the trappings of horsemanship as the preparation for war gives way to Mulan being taught more Han Chinese martial arts by her father and mastery of the straight sword. Recurrent details like a younger, often scholarly brother are added and get treated as part of the canon.

Even before it reached the West, there was no longer a singular Mulan but a beautifully varied tradition. For many English-speaking audiences, the 1998 Disney animated Mulan was a canonization that also calcified the story. It gets brought up in conversations as the “original” and the 2020 live-action version as the “remake.” 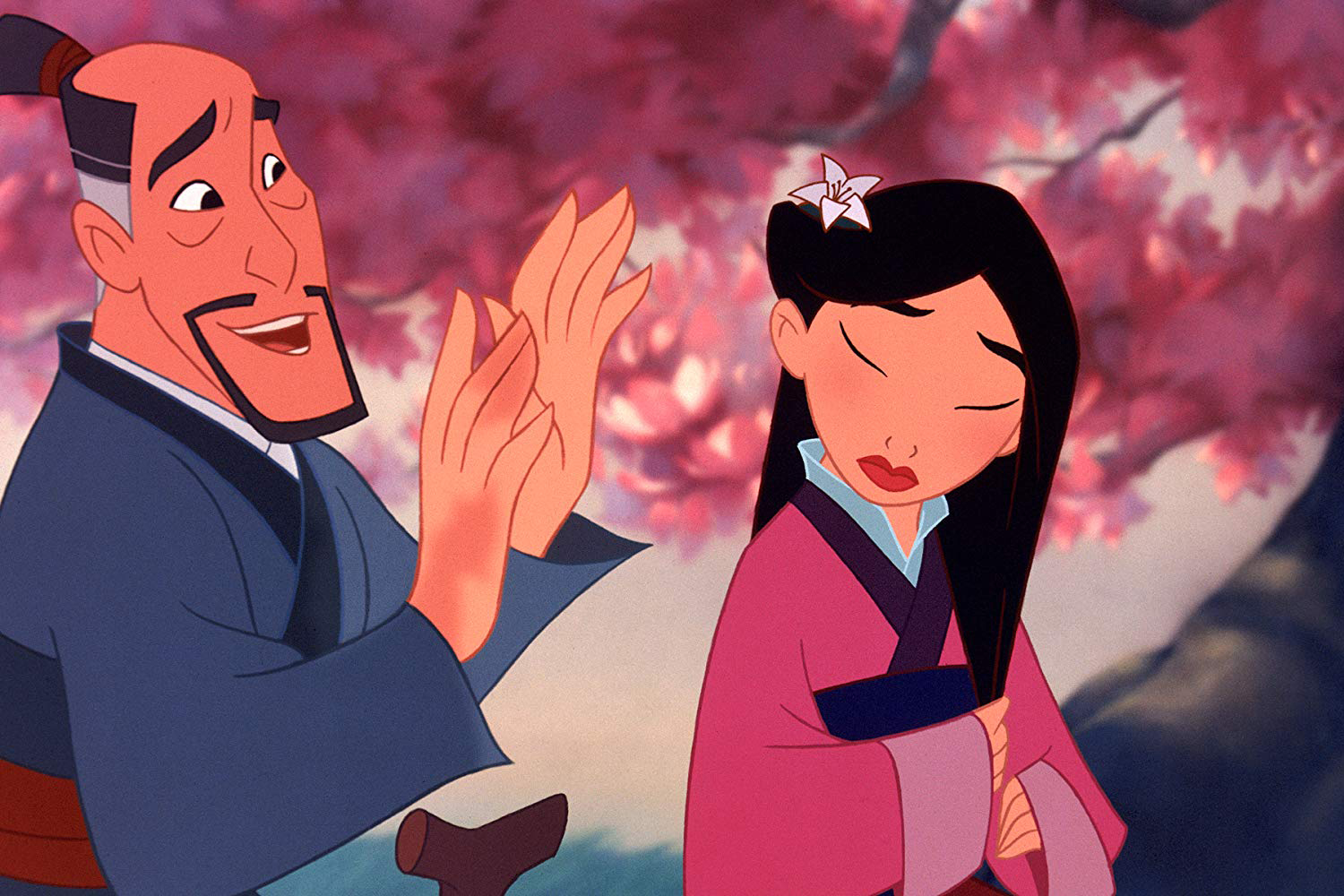 But to me, Disney’s Mulan reignited a broader interest in Mulan and opened up the possibility of more stories. It’s no coincidence to me that two television series (one in Hong Kong and the other in Taiwan) were made in the following years. I am cautiously optimistic of a similar renaissance of stories around 2020’s Mulan.

I first fell in love with Mulan as a child, having had her story read to me in a compendium of exemplary Chinese women. I was determined then to memorize her ballad, which remains one of the few Chinese texts I still have in my mental library. It has meant many different things to me. I’ve taken strength in Mulan’s defiance of gender norms, delighted in the cunning of her disguise, and sought comfort in the rabbit riddle’s promise of equality. I’ve swooned at Vincent Zhao as Li Liang (one of the many, many love interests that Mulan has had in different adaptions) and made “Reflection” (from the Disney film) the soundtrack to my teenage angst. So I always welcome another Mulan.

Yet it’s true that Disney’s Mulan isn’t just any production. It is made, after all, by Disney and will be ubiquitous for a good few months. The fears that it would overwrite and crowd out other visions of Chinese culture are not groundless. Disney’s cultural hegemony is very real. 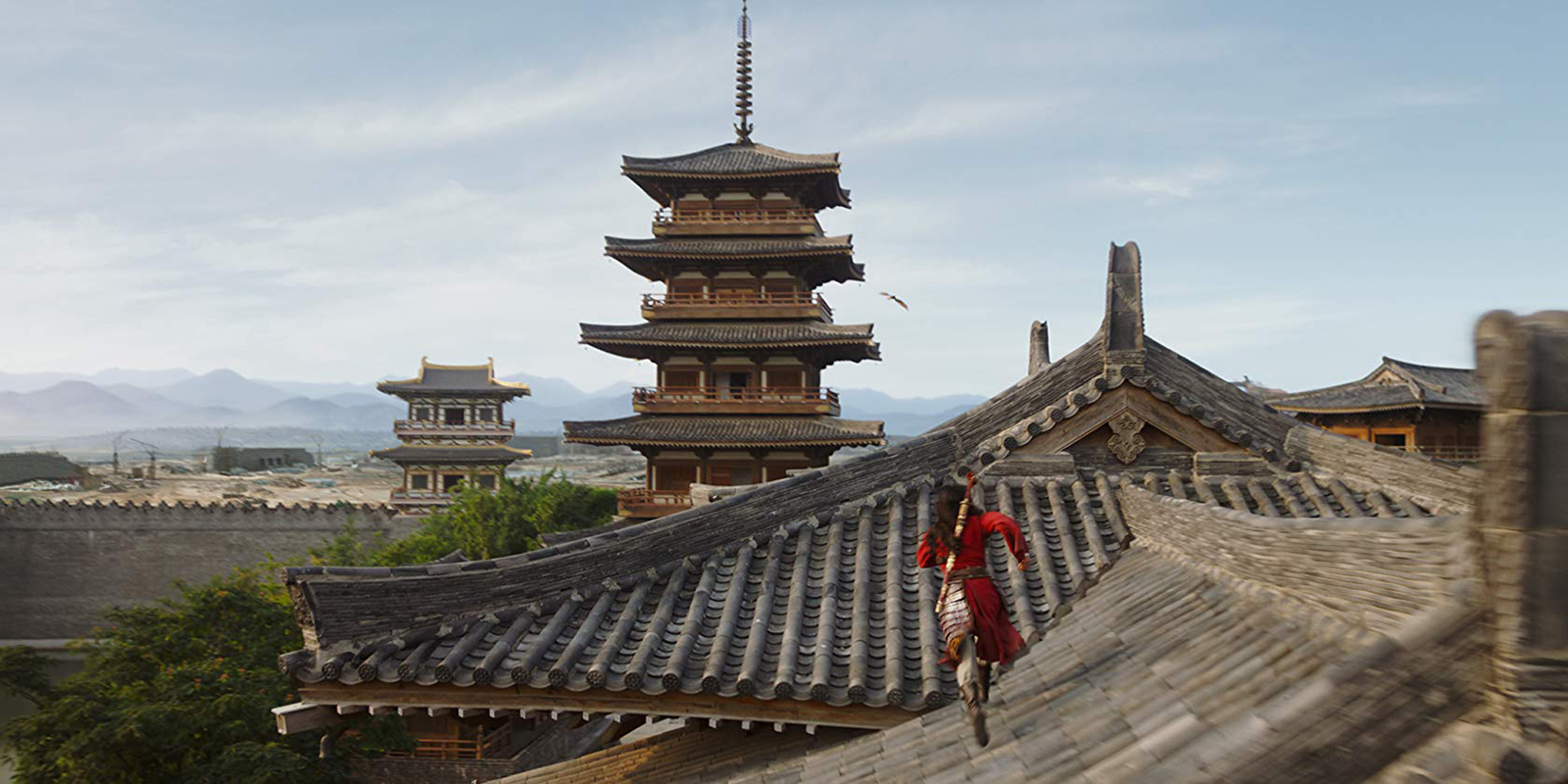 A scene from Disney’s live-action Mulan.disney

The vision of the film glimpsed in the trailer has already become the battleground for cultural argument. The striking but anachronistic image of the roundhouse (tulou) of the Hakka, a southern Chinese minority, alongside what appears to be sumptuous Tang dynasty dress has been dominating the conversation. The intention was apparently to create a mythic version of China, analogous to Black Panther’s Wakanda, but many fear a slurry of incongruous iconography devoid of meaning.

I’ve seen online criticism of this mythic approach that likens it to other examples of diaspora culture, like General Tso’s chicken, as well as jokes about how producers shouldn’t have hired set designers from Chinatown. But what underpins these quips is the idea that the diaspora has had its Chineseness corrupted by Western society, that diaspora cultures with their own real histories are no longer “authentic.”

This sourcelander (a term used in diaspora communities to talk about the country of origin) indifference, and assumption that the diaspora is somehow less valid in its opinions on its heritage, is often used to excuse Western racism. Interviews with people in Japan who were untroubled by the whitewash casting of Scarlett Johansson in Ghost in the Shell were trotted out as rebuttals against Asian Americans criticizing the decision. Authentic sourcelanders “didn’t mind,” the argument went, so why do you?

The criticisms of both the trailer and the animated Mulan also focus on authenticity and literal faithfulness to the ballad, a standard that very few adaptions have ever met. The conversation effectively erases how terse the ballad is, how much space it leaves for the imagination, and how wonderfully diverse the Mulan canon is.

Almost every adaption, for example, gives Mulan a love interest. Even when they embrace Northern Wei as the setting, most shed the Turkic trappings of the ballad while framing the invaders as horse-riding Turkic or Mongol barbarians. Regardless of detail, they often reinforce the currently dominant narrative of a continuous “Chinese” identity (often coded as the “central plains” in historical dramas) that has always been at war with the invaders from the steppe. 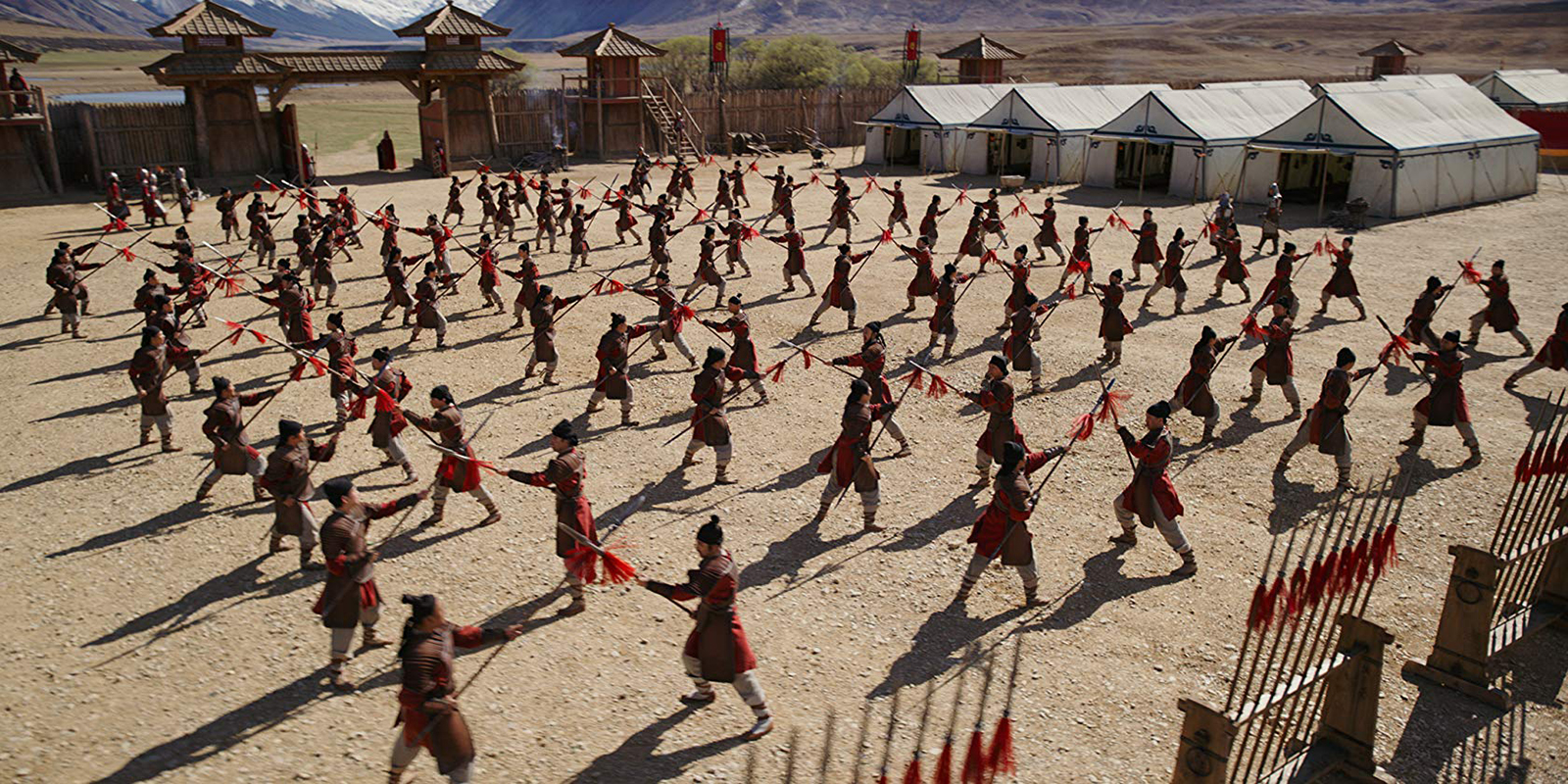 A scene from Disney’s latest version of Mulan.Disney

The danger of a mythic mashup of Chinese culture is thus less that it is historically inaccurate and more that it reiterates the idea constantly pushed by the Chinese government—that there is an ancient and eternal Chinese nation-state. It turns the “One China” policy into mythology. It isn’t so much pandering that I fear but the idea of a flattering of very modern—and exclusive—ideas about Chinese identity rather than one that interrogates and reinvents them.

There is a case to be made that despite all its faults, the 1998 Mulan had among its cast and crew many Asian Americans, including the screenwriter Rita Hsiao and the now iconic Ming-Na Wen. For all its songs and wise-cracking dragons, it also reframes Mulan’s story as one of struggling to meet parental expectations, a sense of alienation from one’s wider culture, and self-discovery in disguise, all of which resonated with the diaspora audience.

In contrast, the live-action Mulan gives top billing to bankable mainland stars like Liu Yifei, Jet Li, Gong Li, and Donnie Yen. Disney purportedly hired a small army of Chinese culture consultants but somewhere along the process the diaspora was cut out of the conversation. That’s visible in Mulan’s surname, which is now written and pronounced as Hua (Mandarin) and not Fa (Cantonese).

An American production (implicitly white) is trying to create art that will appeal to a (implicitly conservative) mainland Chinese audience—and censors. Chinese diaspora (or wider Asian American) artists and audience vanish in this dichotomy. But smaller stories are being told by the diaspora, such as Sherry Thomas’s upcoming novel The Magnolia Sword: A Ballad of Mulan or even Elizabeth Lim’s Reflection: A Twisted Tale, published by Disney Press, which offers an alternate tale in which Mulan has to journey to the underworld to save the life of her love interest Li Shang. There’s also Lionkiller, an ongoing interactive fiction series.

There was never just one Mulan. Even the Collected Works of the Music Bureau offered the emperor two lyrics for the same song. Nor should there ever be. But when we combine the intense cultural influence of Disney with an idea of Chineseness that places the mainland over the diaspora, I fear what might be lost if the world defines the 2020 movie as the new, authentic version of Mulan’s story.

Jeannette Ng is a fantasy writer, most recently of Under the Pendulum Sun. She was born in Hong Kong but now lives in Durham, Britain. Twitter: @jeannette_ng

To them, the just-opened theme park is yet another example of cultural imperialism.

UBS is the latest company to cave to irrational but politically powerful demands.

Did the Beijing Olympic Song Rip off Disney’s ‘Let It Go’? We Asked Science.

A computer scientist examines the similarities between the Disney hit and a promotional song for Beijing's Winter Olympics.