A new book looks at why the U.S. military keeps trapping itself in endless conflicts.

Yet in the first two Democratic primary debates, America’s many wars seemed to be forgotten. Barely any of the 20 candidates onstage addressed war, and when they did, it was for a total of just under five minutes of discussion in four hours: Two candidates—New York City Mayor Bill de Blasio and Hawaii Rep. Tulsi Gabbard—brought it up unprompted after former Vice President Joe Biden was asked about his support for the Iraq War directly by moderators. 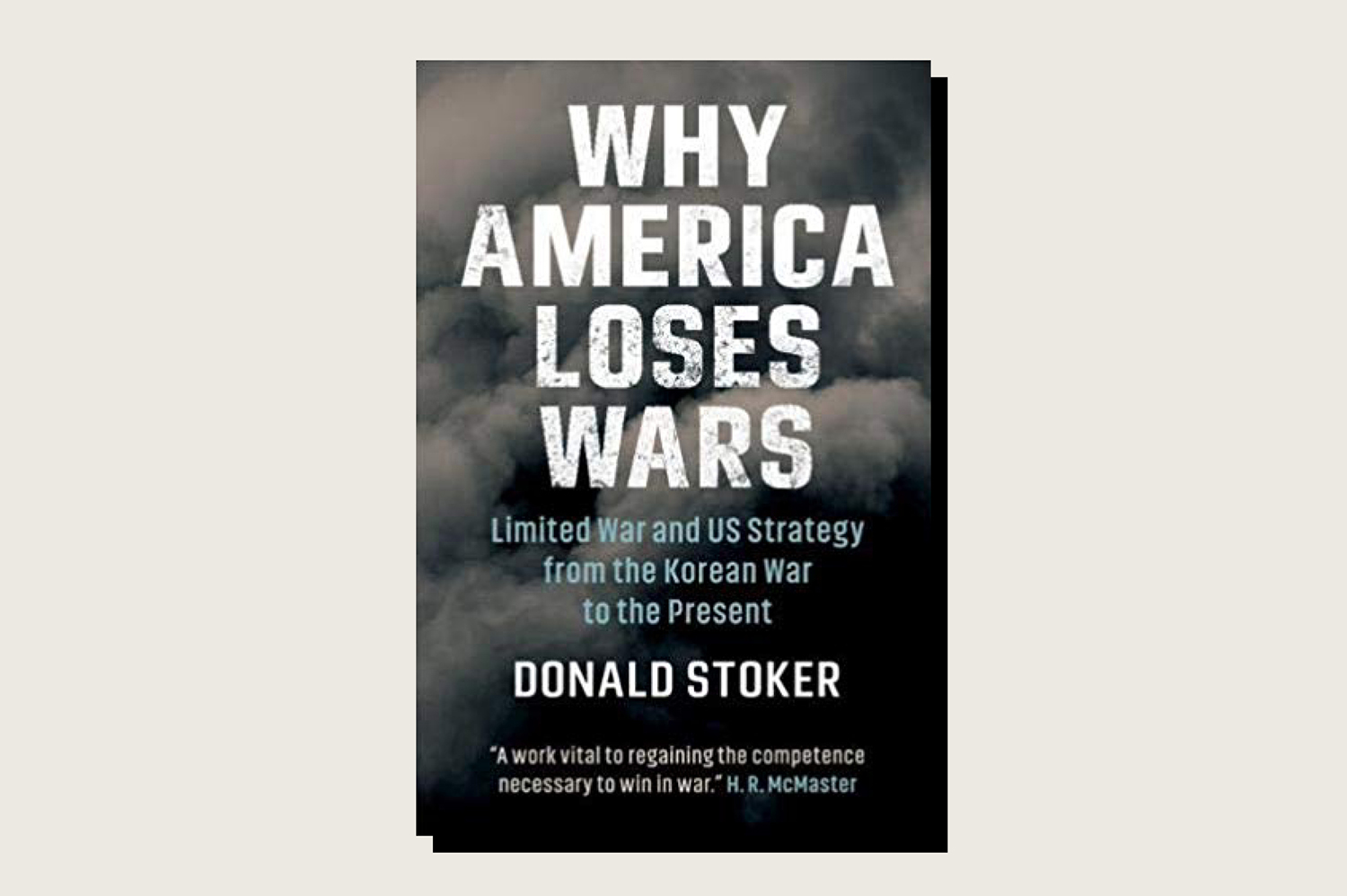 That’s telling in itself. U.S. conflicts are generally only understood in the context of either limited war or forever war. Both provide a pacifying effect by allowing the public to believe either that the conflict will be brief and limited or that the battle is a faraway concern, out of sight and therefore out of mind.

Both terms are important to understanding the role of the U.S. military in the world, argues the military historian Donald Stoker in his new book, Why America Loses Wars: Limited War and U.S. Strategy From the Korean War to the Present. Stoker’s core argument is that while limited wars appeal to the public and to strategists, the idea is both deceptive and destructive. Limited war, he argues, is a largely meaningless term that’s used in order to gloss over changing political aims that are never accounted for; the vagueness of the definition and goals allows conflicts to continue indefinitely, with no chance to win the peace without a coherent plan of action.

The book makes a clear and objective argument that post-Korea conflicts involving the United States show that limited war is at best a misnomer and at worst a path into quagmires that consume American lives and treasure while unleashing destruction on the countries they’re fought in.

As Stoker explains, limited wars, rather than limiting conflict, create the conditions in which the United States is caught in a never-ending cycle of forever wars. That makes their actual outcomes the polar opposite of what limited war is supposed to achieve for U.S. interests.

“If you don’t know what you want,” Stoker asks rhetorically near the end of the book, “how do you make a peace that will help you get it?”

Stoker shows that, in practice, the illusion of limited war presents short-term gain but long-term pain as the strategic inertia created by locking into an inflexible view of limited goals leads to forever war, where the political objective of the conflict is ill-defined, unlimited, or too fluid to pin down.

“Part of the problem is that we don’t know what we want,” Stoker told Foreign Policy in early June. “If there is a limited aim, then that aim is what we want, what we’re doing it for.”

The problem, as Stoker explains in the book, is that those aims are not so easily defined or worked for. And with no reassessment or reconsideration of political aims and goals comes no consideration of what the blowback for military action may be in a decade or more. That, of course, leads to more conflict and more shortsighted military actions that don’t take into account the snowball effect of holding strategy in place as the war continues to take its own course.

As the differing reactions to Iraq and Afghanistan over the past two decades show, limited war appeals to the public even if the term is meaningless in practice. The former became massively unpopular once the publicly declared limited war to remove Saddam Hussein was over, victory banner and all.

“The expectation was that this would spark something in Iraq and the Middle East not unlike what happened in Eastern Europe in 1989,” Stoker

But the political goals evolved from regime change to occupation, and the war didn’t end until 2011—and then only temporarily. President Barack Obama’s Iraq War, which began in 2014, is still going on.

Afghanistan, on the other hand, continues to this day but keeps for the most part out of the headlines and the American psyche. Yet only roughly —an intentional national ignorance over a forever war that is still seen as a limited conflagration due to its invisibility.

Once the public is sold on a war with a limited aim, goal, and scope—unless things go disastrously wrong in a way that can’t be ignored or swept under the rug—the initial perception of a limited war remains, but one goal after another is substituted for the last, with the war itself never changing. When goals are always evolving, not changing or reassessing the military approach seems guaranteed to continue the conflict forever. And that can lead to an erosion of public support.

“Generally,” Stoker writes, “the longer the duration of any war—but particularly one fought for a limited political aim—the greater the weariness of the combatant nation’s population with the struggle; this delivers a commensurate growth in their discontent with the war.”

Further, Stoker argues, American ideas of war are caught in a definitional bind. U.S. political and military leaders are devoted to the idea of limited war—a war that is inherently bound by the narrow and specific goals it’s waged for—because that is the easiest way to sell it to the public. In the case of Iran, the promise of limited war presents the public with an alluring alternative to another Iraq-style quagmire. It’s in this context that CBS’s Brennan brought up the limited strike to Sanders, who has embraced his opposition to war as a campaign issue in recent months. She presented the terminology as though it would change the calculation of going to war.

A lack of preparedness for dealing with shifting political winds and goals is mostly to blame for the entrenched warfare of the modern U.S. military. Conflict can become overwhelming and lead to workaround fixes like O’Rourke’s war tax proposal. A limited objective can quickly give way to an unlimited one, and political changes must be met with a corresponding change in approach. Inertia is the core of the issue, Stoker said.

The political goals are constantly changing, as is any chance of knowing what you want and what political victory looks like—leaving warmakers as stranded as the public. This is most clearly seen in Afghanistan, America’s longest war in history. It’s where, as Stoker said wryly to Foreign Policy, “the same 12 SEAL teams are going there over and over” in an attempt to achieve an ever-shifting goal in the south-central Asian country. Otherwise, the stagnation leaves warmaking to those who don’t understand evolving strategies or, worse, to those who don’t care that circumstances change.

“When you change the nature of the objective,” Stoker

Adding to that lack of direction is the fact that the Afghan war just isn’t a major political issue in the United States, even in the run-up to a presidential election, which shows the stagnation of not only the conflict itself but how Americans think of it. Nearly two decades of changing goals and plans for the country, shifting alliances, and a body count that rises just slowly enough to stay out of the news all combine to depress public interest in the longest war in American history. And it’s clear that U.S. leaders, from George W. Bush to Obama to Trump, have no idea—and, apparently, no interest—in figuring out how to finish it.

If there’s no adaptation of strategy or tactics, it’s hard to understand how a war that is limited to the original parameters of its declaration and goals can then continue—and this, of course, is how we get forever war. No war tax will change that strategic inertia, and the only reasonable response when someone raises what Stoker calls the “meaningless” term of limited war is to dismiss it.

There Will Be No Peace for Afghanistan