Is Duterte Really Asking for U.S. Aid Against China?

The volatile Philippine leader is trying to fend off accusations of being soft on Beijing.

Last month, Duterte came under heavy criticism after a Chinese vessel crashed into a Philippine fishing boat near Reed Bank, a disputed territory in the South China Sea, and left the 22 crew members aboard to drown. A Vietnamese ship rescued the sailors, but Duterte’s description of the incident as a “little maritime accident” and failure to move against China enraged the public.

Duterte has a history of being soft on China. During his time in office, the president has partnered with China in a number of ways, most notably through trade, finance, and the construction of infrastructure, and shifted away from a previously strong partnership with Washington. Because of Manila’s economic interests in Beijing, Duterte has often been willing to overlook moments of contention, such as maritime disputes in the South China Sea—that is, until now.

Duterte’s sudden change in rhetoric about China is likely a reaction to public outcry and threats of impeachment over his Beijing-sympathetic response to last month’s crash. Many Filipinos condemned Duterte for kowtowing to Chinese President Xi Jinping and advocated for harsher maritime policies against Beijing. According to Philippine Supreme Court Senior Associate Justice Antonio Carpio, Duterte’s claims are “utterly false” and are “designed to intimidate the Filipino people to submit to the will of China.” 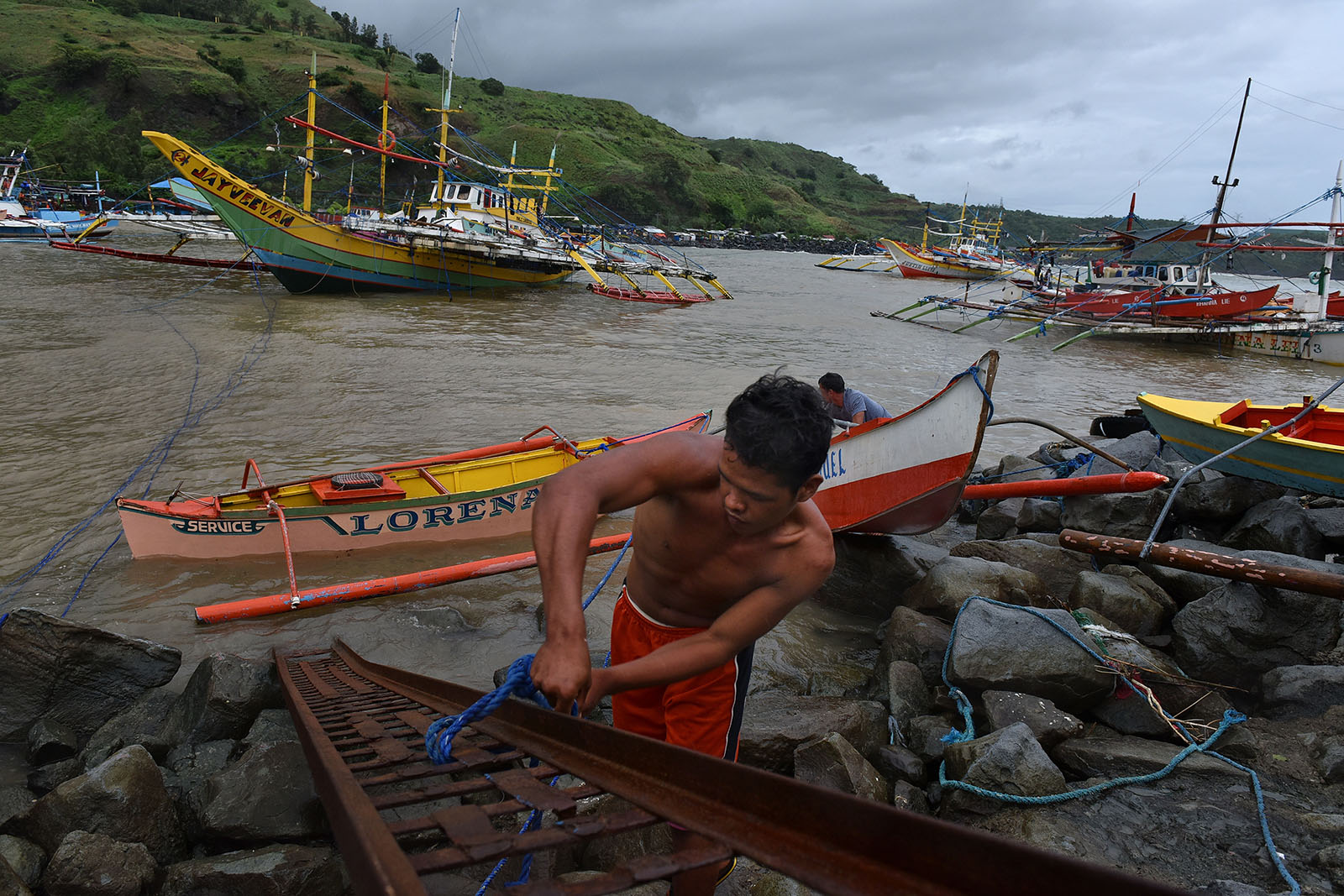 A boat crew in the Philippines loads supplies for a fishing trip to the Spratlys in the South China Sea on July 9, 2016. The fishermen claim rights to the disputed waters between their shore and China. Jes Aznar/Getty Images

So what’s up with the maritime disputes?

Tensions over the South China Sea’s natural-resource-heavy waters have been ongoing for decades between Manila and Beijing. In 2013, under then-Philippine President Benigno Aquino III, the Philippines filed a case to the Permanent Court of Arbitration in The Hague, challenging China’s claims to territories in the South China Sea under the United Nations Convention on the Law of the Sea. In 2016, the case was ruled in the Philippines’ favor, but China refused to formally recognize the decision.

Since the ruling, several territories in the South China Sea have remained legally Philippine but disputed by China. In addition to recent events near Reed Bank, this year Beijing ordered a fleet of vessels to put a stop to a Philippine construction project on the Spratly Islands. Such maritime hostilities have caused confusion in Duterte’s generally pro-China views and have prompted a reevaluation of the Philippines’ geopolitical shift away from the United States.

Where does the United States fit in?

In 1951, following World War II and the Philippines’ newfound independence from the United States, the two countries signed a mutual defense treaty. Its most important commitment asserts that in the case of an “armed attack” on either party in the “Pacific Area,” the other would provide support and assistance.

Washington has yet to respond to Duterte’s recent invocation of the treaty, but during a visit to Manila this year, U.S. Secretary of State Mike Pompeo assured the Philippines that the agreement would be upheld in response to attacks in the South China Sea. “As the South China Sea is part of the Pacific, any armed attack on Philippine forces, aircraft, or public vessels will trigger mutual defense obligations,” he said in March.

But will the United States actually do anything?

While the United States has a legal obligation to support the Philippines in the case of an armed attack in the South China Sea, it is unclear whether or not last month’s crash near Reed Bank qualifies. The term “armed attack” is not explicitly defined in the accord, which leaves the provisions of the agreement subject to differing interpretations under international law. As well, the details of the crash near Reed Bank are still ambiguous, and a joint investigation between the Philippines and China has yet to conclude that the Chinese vessel was associated with the country’s militia. Analysts say China disguises its extensive naval militia as fishing boats, keeping conflicts ambiguous.

In the case of gray zone maritime conflicts, whether or not the Philippines is entitled to U.S. assistance under the Mutual Defense Treaty is up in the air. But the Philippines’ overall ability to wage war is theoretically prohibited in the country’s constitution. Section 2 of Article 2 of the Philippine Constitution states: “The Philippines renounces war as an instrument of national policy, adopts the generally accepted principles of international law as part of the law of the land and adheres to the policy of peace, equality, justice, freedom, cooperation, and amity with all nations.” Manila needs something firmer than Chinese salami-slicing tactics to move toward military action—making it highly unlikely that Washington will comply with Duterte’s request and confront China with its 7th Fleet, the United States’ largest naval force comprising 70-80 ships and submarines, 140 aircraft, and roughly 40,000 personnel.

Duterte’s invocation of the Mutual Defense Treaty isn’t out of character. The president is notorious for making brash, impulsive statements—and has made jingoistic proclamations on China before despite his generally pro-Beijing policies. Several government officials, including presidential spokesman Salvador Panelo, have brushed aside the invocation as “sarcasm” and a way to push back against critics who say Duterte hasn’t taken a hard enough stance against China. That means both American officials and the Philippine public will probably ignore this as another of Duterte’s outbursts—unless, as is moderately likely, another maritime clash ignites feelings to a degree that Duterte can’t ignore.

Why the next big battle may not be fought over treasure or territory—but for fish.

A maritime clash has left the public wondering why their president won’t stand up to Beijing.

Why the next big battle may not be fought over treasure or territory—but for fish.

A maritime clash has left the public wondering why their president won’t stand up to Beijing.